When border control goes over the line

It will take months to repatriate Australians from Covid-ravaged India. A policy reset is urgently needed. 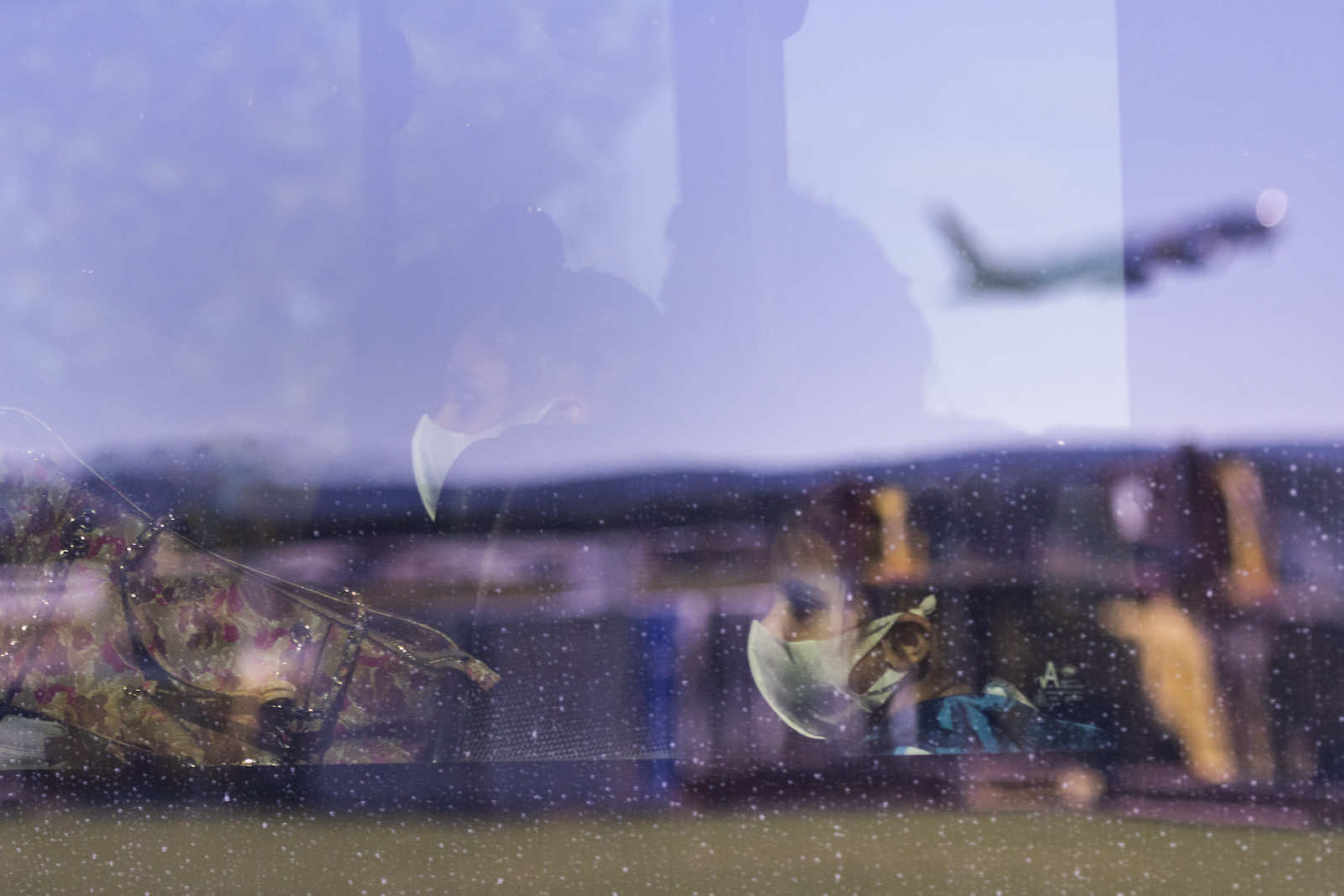 Passengers after flying in to Australia from India on 15 May (Rohan Thomson/Getty Images)
Published 19 May 2021 11:00   1 Comments

The failure of the Australian government to return citizens and permanent residents from New Delhi on the first repatriation flight to Darwin since the recent shutdown of air travel from India amounts to an Australian policy failure and a breach of international law.

A travel ban on direct flights from India was imposed on 27 April in response to the rising number of Covid-19 cases. That was followed by 1 May orders issued under the Biosecurity Act that further halted all direct or indirect air travel from India, with potential criminal penalties of five years imprisonment, fines of up to $66,000, or both. Those orders expired on 15 May; however, all passengers boarding the now-resumed Qantas repatriation flights coordinated by the Department of Foreign Affairs and Trade must have secured two Covid-negative tests days prior to departure. This resulted in 70 passengers, made up of 46 who returned Covid-positive tests and 24 close contacts, being denied seats on the first flight. That plane landed in Darwin with only 80 of an anticipated 150 passengers on board, notwithstanding that the initial set of resumed repatriation flights were for the most vulnerable Australians in India.

Two more DFAT-coordinated flights are scheduled for May and, given the ongoing high incidence of Covid-19 in India, it must be anticipated that similar circumstances will arise and Australians will be denied a right to board. Australians in India are not awaiting their repatriation flights in controlled quarantine-style hotels and remain susceptible to community transmission. Alternate commercial air routes to Australia via transit countries are very limited at present, due to other countries also suspending flights from India.

The effect of these polices and laws is that many Australians are trapped in India awaiting the next DFAT-coordinated flight. On the basis that more than 9000 Australians are reported to be in India seeking repatriation, under current legal, policy and operational settings, it will take many months for them to arrive in Australia.

Over the years, Australia has developed a reputation of coming to the aid of citizens in peril as a result of terrorist attacks, natural disaster, civil strife or armed conflict. In 2002, there was a medical evacuation of 70 Australians from Indonesia to Darwin following the terror attacks in Bali. “Operation Bali Assist” involved five RAAF Hercules aircraft, 12 crews and five aero-medical evacuation teams, and a total of 15 flights. During “Operation Sumatra Assist”, following the 2004 Boxing Day Tsunami, there were a total of 70 aero-medical evacuations of 3530 Australians. More than 5200 Australians and 1200 other foreign nationals were also evacuated by the Australian government in 2006 as conflict engulfed Lebanon.

Likewise, Australians have been evacuated by the Australian Defence Force from regional trouble spots including Fiji (1987) and Solomon Islands (2000). These evacuations of Australians in peril, some of whom were critically ill and others who would have been carrying post-disaster illnesses such as dysentery and typhoid, had become such a regular part of military operations that “non-combatant evacuation operations” (NEOs) are now standard ADF training. DFAT has been keen to stress, however, that there are limits to such operations, as occurred when Australians were caught up in unrest in 2011 during the so-called Arab uprisings.

Australian governments have previously demonstrated a capacity to repatriate citizens in times of emergency and medevac the critically ill.

On 10 May this year legal proceedings challenging the Indian travel ban were dismissed by the Federal Court of Australia on the basis that Health Minister Greg Hunt had power under the Biosecurity Act to issue the 1 May orders. Constitutional legal arguments that there is a right of citizens to enter Australia were ultimately not heard.

International law is clearer on the right of citizen entry. The 1966 International Covenant on Civil and Political Rights states in Article 12 (4) that “No one shall be arbitrarily deprived of the right to enter his own country”. An exception exists in a time of “public emergency which threatens the life of the nation” and the Australian government would no doubt argue that ministerial declarations under the Biosecurity Act have made clear that such conditions exist. This argument would be countered in view of the quarantine controls placed on all persons who enter Australia. The legality of the government’s travel caps are currently being challenged on these grounds before the UN Human Rights Committee.

The Convention on the Rights of the Child also creates obligations towards Australian children in India. Article 3 (1) makes clear that “the best interests of the child shall be a primary consideration” for administrative or legislative decision makers. This raises for consideration whether the rights of accompanied and unaccompanied Australian children in India denied entry to Australia have been taken into account.

The operative effect of the Biosecurity Act orders, and now the conditions of carriage on Australians boarding Indian repatriation flights, is that citizens are being left behind. All the evidence suggests some will continue to be stranded in India for many months. In 2020, DFAT undertook the herculean task of coordinating the repatriation of Australians from all parts of the globe. The outcomes were remarkable. DFAT supported the return of 26,600 Australians to 30 June 2020 on 315 flights from 90 countries, including 63 non-scheduled commercial flights.

In the case of India, however, Australia is clearly failing, and the government’s legal and policy response needs a reset. Australian governments have previously demonstrated a capacity to repatriate citizens in times of emergency and medevac the critically ill. The time has come for a shift in thinking with respect to Australians in India.

Show 1 Comments
Previous Article
Patent waiver for vaccines is a plus, but no panacea
Next Article
Lessons from the recent cyclone in Timor-Leste