History, nationalism, the Party, deterrence and the military make for a heady mix. 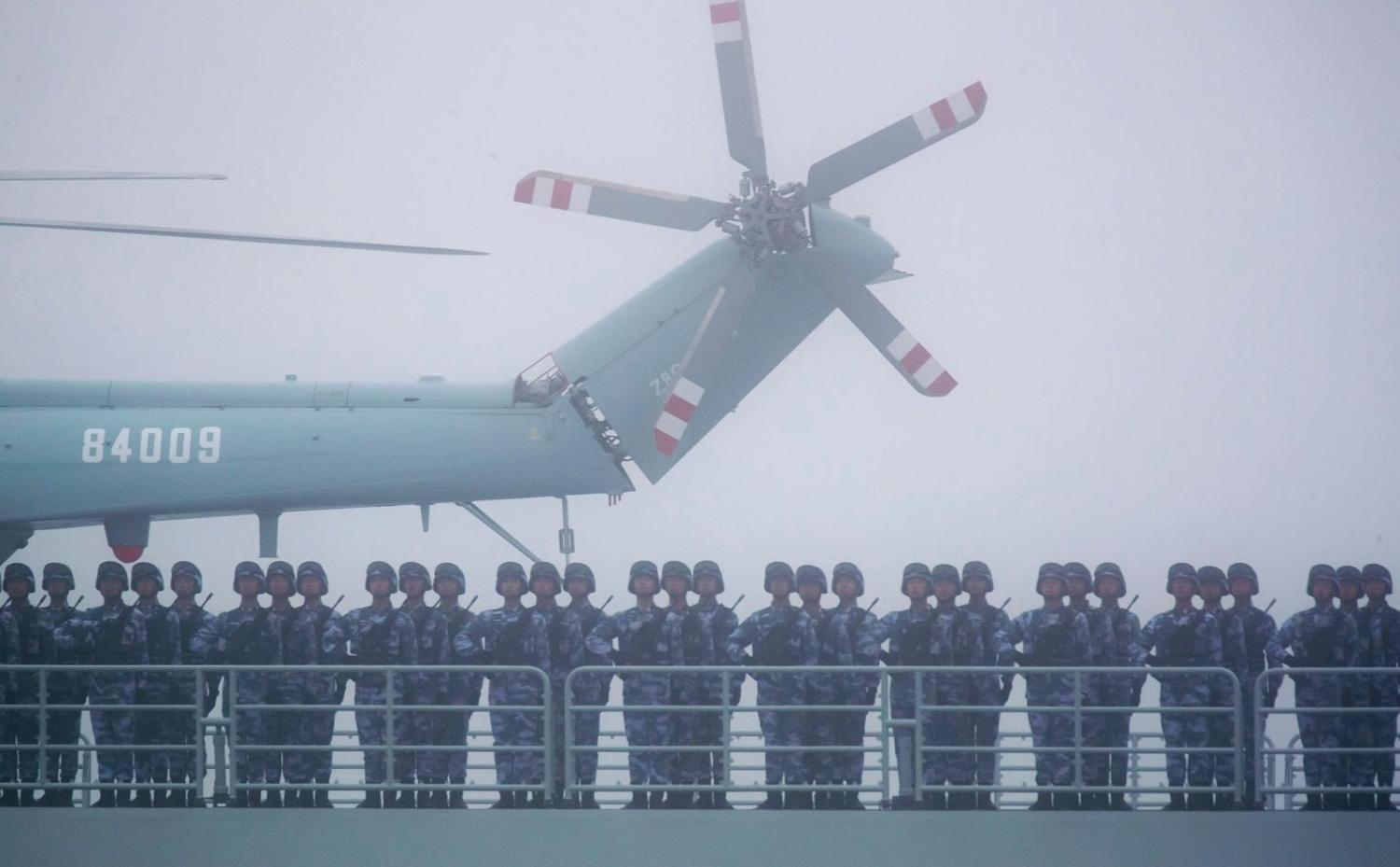 China has never renounced the use of force against Taiwan. While “peaceful national reunification” is regularly invoked, the threat of military action has loomed since 1949 and was most clearly on display in recent days during the PLA sea and air drills that followed US House Speaker Nancy Pelosi’s visit to Taipei. That China “will not renounce the use of force” was made explicit in a newly published white paper “The Taiwan Question and China’s Reunification in the New Era”.

Why does this spectre hang over the challenge? Four broad factors are at play.

History, nationalism, and the legitimacy of the Party

A historical lens is critical to understanding the origin of this position – the violent contestation between the People’s Republic of China (PRC) and the Republic of China (ROC) to claim the legal representation of China in the post-Second World War international system. After the loss in the civil war (1945–49), the ROC led by Chiang Kai-Shek retreated to Taiwan and set up its government in Taipei. From then on, the PRC wanted to cross the Taiwan Strait to “liberate” Taiwan and achieve “national reunification”, while the ROC under Chiang planned to “go and reclaim the mainland” with the expectation it would have military support from the United States. This manifested in the two Taiwan Crises in the 1950s, a Cold War legacy that provides the background to why military force remains a key element of national power.

Any Chinese leader shifting away from the position of unifying Taiwan by whatever means would be engulfed by nationalistic sentiment.

By extension, China regards the Taiwan issue as an internal affair, fundamental to preserving China’s sovereignty and territorial integrity, as well as the legitimacy of the Chinese Communist Party. China sees a right to use any means necessary to solve the “Taiwan Question”, including the use of force should other means be exhausted.

This position has been consistent among the five generations of PRC leadership. Any Chinese leader shifting away from the position of unifying Taiwan by whatever means would be engulfed by nationalistic sentiment, developed throughout China’s modern history and strengthened in the Chinese patriotic education in the post-Cold War era. Li Hongzhang, who signed the Shimonoseki Treaty on behalf of the Qing Court in 1895, in which Taiwan was ceded to Japan, is still often remembered in China as a traitor.

The “One China Principle” is another phrase often invoked in debates about Taiwan, and for Beijing that means “There is only one China in the world. Both the mainland and Taiwan belong to one China.”

But Beijing sees two “hostile forces” threatening this principle, so believes the threat of force serves the purpose of dissuasion and deterrence.

The first is “‘Taiwan independence’ secessionists”, personified by Lee Teng-hui’s presidency in Taiwan in the 1990s, when the “two-state theory” was advocated and Lee privately visited Cornell University in the United States for a reunion, triggering the Third Taiwan Crisis (1995–96). So far, the high point of the “secessionist movement” has been the referendum campaign on Taiwan independence during the Democratic Progressive Party (DPP) Chen Shui-bian’s presidency, which rendered a backdrop for the 2005 Anti-Secession Law. It is also believed that the spirit of the “two-state theory” has been inherited by the current ruling DPP Tsai Ing-wen’s government, although Tsai has skilfully practised Taiwan’s de facto independence instead of de jure independence.

Beijing has increased the frequency of its military actions over the Taiwan Strait to demonstrate its capability and determination to deter international “risky moves”.

The United States and its like-minded security partners are among the second “hostile” force. The 1979 Taiwan Relations Act and the Declassified Cables: Taiwan Arms Sales & Six Assurances (1982), two key references of US policy towards Taiwan and the PRC, are to Beijing evidence of US interference in what it considers China’s internal affairs. Continued US arms sales to Taiwan are seen as US connivance in supporting Taiwanese independence, while high-profile meetings in recent years between the Taiwanese government and senior officials in service or retired from different countries, including those from the United States, Japan, Australia, and European nations, have infuriated Beijing, as it sees both arms sales and high-profile meetings as challenges to the “One China Principle”.

Beijing has increased the frequency of its military actions over the Taiwan Strait to demonstrate its capability and determination to deter international “risky moves”.

The role of PRC’s military

Not renouncing the use of force to take back Taiwan provides an incentive for China’s military modernisation and reform. In the Third Taiwan Crisis, China’s military was outmatched by that of the United States, however, the experience contributed to China’s “active defence” strategy to quicken its military reforms. The PLA has been developing capabilities, especially anti-access/area-denial (A2/AD) capabilities, to provide options for China to dissuade, deter, or defeat third-party intervention during a Taiwan contingency.

The refusal to renounce the use of force against Taiwan demonstrates Beijing’s inability to win the hearts and minds of the people of Taiwan.

The ultimate goal is to prevent any military attempt at reunification escalating into a broader regional conflict. This is not to say that Xi Jinping’s reforms and the PLA’s capability developments indicate that China has a fixed timetable to resolve the “Taiwan Question”, rather that Taiwan and its patron the United States play a significant role in shaping China’s defence and security policy and posture, and for the military to expand its influence.

Finally, the refusal to renounce the use of force against Taiwan demonstrates Beijing’s inability to win the hearts and minds of the people of Taiwan. After more than 70 years, Beijing has not been able to provide the Taiwanese with an appealing framework for reunification. Indeed, public opinion polls have instead shown the people of Taiwan have distanced themselves from the mainland and have a growing sense of distinct Taiwanese identity.

More Taiwanese don’t want unification with the mainland, with 30 per cent surveyed preferring independence and 57% status quo according to a survey by National Chengchi University in Taiwan in June.

These various factors should be in mind when a PLA spokesperson describes the latest drills as “military training for war preparedness”, based on Beijing’s perception of further provocations to challenge the “One China Principle” by Taiwan, the United States and its allies. China’s efforts to continue to develop its military capabilities, especially in nuclear weapons, seek to shape a situation where Taiwan’s independence and a war over the island is unthinkable. Beijing won’t and can’t renounce the use of force on the issue of Taiwan.

This work was supported by a research fund the author received from the 2021-22 Australian Strategic Policy Grants Program. The views expressed are those of the author and do not represent any organisation.

Previous Article
Fashionistas take to the streets of Indonesia
Next Article
Space, sustainability and security: the intersection of domains

It looks suspiciously as if a decision is already made, even with a promised 18-month investigation only half-way done.
Elliott Zaagman 5 May 2020 14:00

China looms over American politics, yet while bilateral ties are straining, a new president might not be welcome news.
John Keane 5 Apr 2022 06:00

The damage inflicted on the region by European imperialism was not forgotten – a backlash that continues to the present.