In 2021, interest in Australian education has waned for Indians

Singled out by travel bans, exploited at work and a sense local standards are slipping has turned Indian students off. 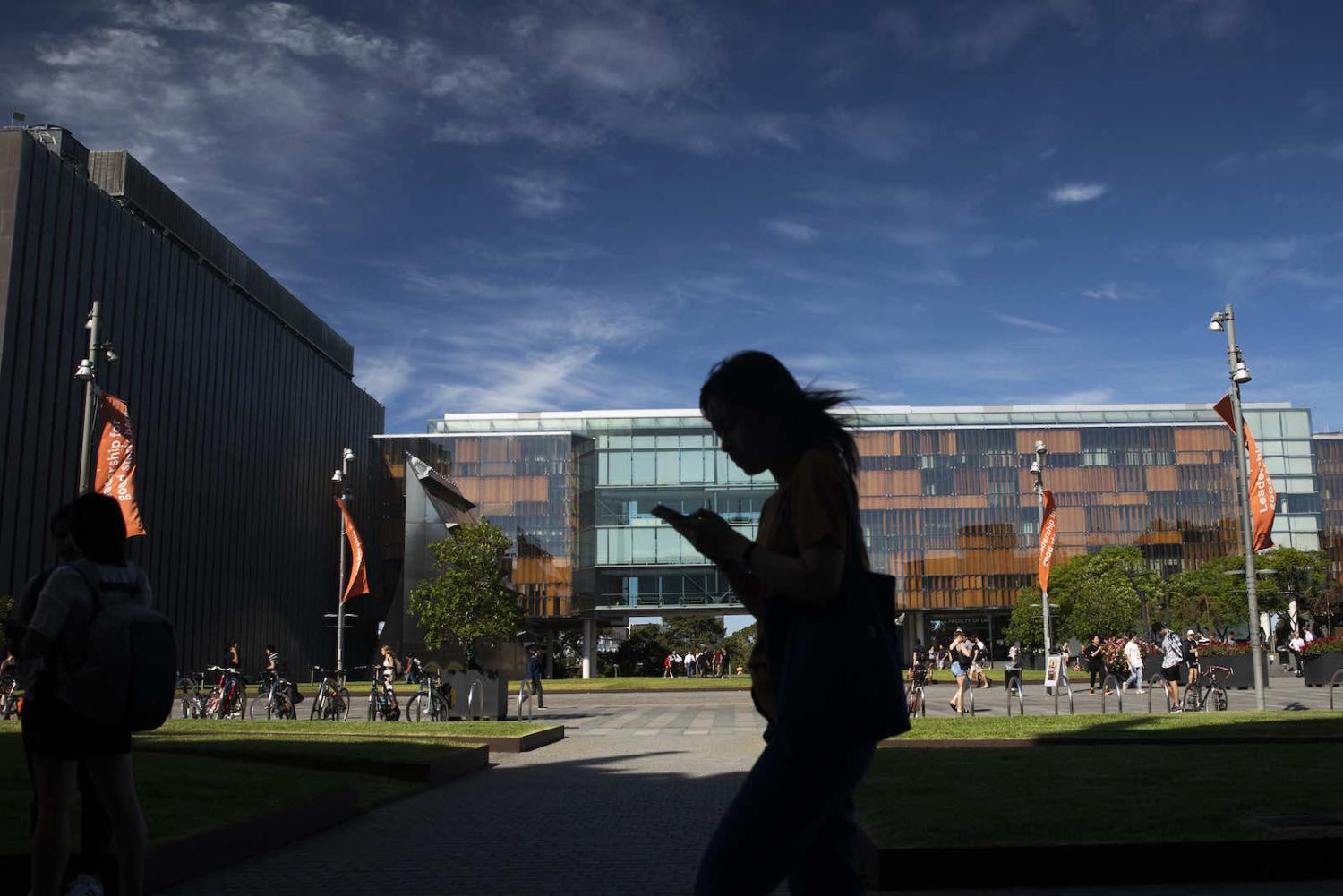 Demand from India for Australia has undeniably waned, presenting a clear and present risk to the recovery of the Indian international student market (Brent Lewin/Bloomberg via Getty Images)
Published 7 Dec 2021     Follow @choy_elisa

With the effects of Covid-19 border closures resulting in a decrease in international student enrolments in the Australian higher education sector, there has also been increased scrutiny upon the main sources of international student flows. As new variants emerge, border opening plans remain unpredictable.

Voices from within the academy have called for a diversification of migration away from China towards other countries. It is not surprising when China has such a large, and increasingly prosperous population, that it would be widely represented within Australia’s international student cohort. Nonetheless, the debate around diversification continues. The Australian Strategy for Higher Education 2021–30, released last month, recommends diversification of student intake given a “small number of markets” of current flows.

In this context, India emerges as a potentially important source of increased international student flows to Australia in the future. At present it makes up 21 per cent of international student entries, according the the strategy report. However, our recent study of Indian sentiment towards education demonstrates that Australia has fallen as an attractive future option for education since our last analysis of this issue in November 2020, challenging the likelihood that India will emerge as a viable alternative source of students.

To answer the question of what Indians think about education migration opportunities in Australia, we conducted a study that used AI-powered strategic market research techniques, in particular Natural Language Processing, to measure public sentiment toward societal trends and to analyse Indian views on education in Australia. To do this, we used a much larger data pool than any survey could garner – all open-access internet sources from India conducted in the English language, which is the second most spoken language in India after Hindi, and also commonly spoken among the highly educated. Our aim was to find out what the Indians think about education in Australia and other key competitor countries to whom take up education services – the United States, the United Kingdom and Canada – through an analysis of how Indians engaged with publicly available online sources on this topic. We recently featured a similar analysis of attitudes towards Australian education from students in China.

Sentiment shifted significantly towards dominant and strong negative, including emotions of strong dislike and anger and a reduction in expectation towards Australia as a destination for education.

This data pool includes what English-speaking internet users inside India looked for on search engines, what they read, and how they discussed the topic with others on blogs, social media and online comments. We found that Australian government websites and major news media sites in Australia were key references for information and we observed an absence of Indian news media on this topic. In short, the sources were as broad and wide ranging as possible and largely Australian-centric.

A negative story emerges from these data: Indian interest in Australia as an education destination has worsened significantly since November 2020. Then, sentiment was measured as overall positive with a high proportion of expectation, which is a reliable indicator for demand and interest, signalling an “engaged and eager” market (see Figure 1). In the nine months to August 2021, this sentiment shifted significantly towards dominant and strong negative, including emotions of strong dislike and anger and a reduction in expectation towards Australia as a destination for education (See Figure 2 as demonstrated by the increased red components of the emotions wheel). This signals that demand for Australia has undeniably waned, presenting a clear and present risk to the recovery of the Indian international student market in the coming year.

Figure 1: Emotional response by Indian English speakers to education in Australia in November 2020

Figure 2: Emotional response by Indian English speakers to education in Australia in August 2021

What are the drivers of this negative emotion? Based on the content analysis, utilising petabytes of online data, there were clear reasons that we attribute to the downturn in sentiment.

The first related to the ban on Indian Australian arrivals in late April 2021 that sparked anger and frustration both within the Indian diaspora in Australia, but also India itself. This ban required that anyone, including Australians, who had been in India in the previous two weeks and attempted to return to Australia – even via a third nation such as New Zealand – would face jail time and large fines of up to $66,000. This stance was not adopted towards British or American arrivals when they faced similar Covid-19 crisis case numbers earlier in 2021. An estimated 9000 Indian Australians were affected. Many other people of Indian background, or those resident in India, who were seeking entry into Australia, were also banned from entry.

Speaking in August 2021 about this issue, India’s High Commissioner to Australia Manpreet Vohra accurately predicted that this approach would frustrate international students from India wishing to come to Australia. He said:

They signed up for education here in your universities, they continue to pay a substantial amount of tuition fees. They are getting online education, of course, but that really is not what they signed up for.

Although the ban was lifted soon after following pressure from both the Australian public and the global Indian diaspora, our measure of sentiment suggests that it had already exacted considerable damage reputationally and continues to do so even six months later.

A second issue that has compounded Australia’s declining reputation in India as a higher education destination appears to be a deeply concern among Indians about Australians declining educational performance generally – and not only in the tertiary sector. The OECD’s triennial Programme for International Student Assessment report, widely known as PISA, are the most authoritative international test of education performance. PISA scores show that Australia has fallen from 4th to 16th in reading, 8th to 17th in science and 11th to 29th in maths. In contrast, Canada has maintain a high level of PISA performance.

This is consistent with our sentiment analysis of Chinese views on education in Australia, that the secondary schooling system is also viewed as an important part of overall evaluations of Australia’s education system. It is consistent with survey research of far smaller numbers of Indians that demonstrates educational ranking and reputation of the tertiary education providers overseas is the second most important selection criterion after potential employment outcomes about where to go.

Indians are also concerned about other aspects of the Australian education system including educational inequality between public and private, regional, remote and urban and policy and funding issues, access and equity in vocational education and training and the impacts of the Covid-19 pandemic on vocational workers such as reduced hours and being temporarily stood down.

These findings also demonstrate that Indians are sophisticated consumers of information about Australia and astutely aware of issues of racial conflict, inequality, educational rankings and labour market conditions.

Finally, and related to the last point, our analysis shows Indians are concerned about wage theft of Indians working in Australia and believe this has worsened since Covid-19. Although the rate and extent of wage theft in Australia is difficult to measure, surveys of international students in Australia in 2020 do indicate that from their perspective, underpayment has risen during the pandemic.

Indian international students have higher rates of labour force participation than students from China and as such, are more likely to be affected by underpayment and decline in labour market conditions. A survey by Laurie Berg and Bassina Farbenblum for instance, found that after Nepalese visa holders, Indians were the most likely to lose jobs in Australia during Covid-19. Migrants of South Asian background, which includes India, Bangladesh, Nepal, Pakistan and Sri Lanka, also reported the highest rates of racism during Covid-19 in Australia according to this survey.

In November 2020 when we ran our broader analysis on Australia as a migration destination, Indian concern about racism in Australia emerged as a major theme in the data. We attempted to run this story in the Australian media, however, aside from SBS Hindi, the media declined to run this angle. Yet, we see now that this finding of emerging concerns over racism was highly predictive and has grown exponentially in importance over the last nine months. It is not surprising that if people feel unwelcome or racially vilified in a host society, they may be disinclined to migration, especially if a comparator country, such as Canada, is viewed as more welcoming and inclusive.

These findings should be of concern to policy-makers, including university leaders and government officials, wishing to diversify Australia’s international education flows. These findings also demonstrate that Indians are sophisticated consumers of information about Australia and astutely aware of issues of racial conflict, inequality, educational rankings and labour market conditions.

To improve Australia’s reputation in India, it will be necessary to address these issues across a variety of sectors including labour market policy, foreign relations and educational reputation.

Big spending on infrastructure catches headlines but replicates the work of others and may not be what the region needs.
Catherine Wilson 21 Aug 2018 14:30

Mining, without peace, won’t contribute to a longing for successful self-government and equitable development.