The Secretary of State’s upcoming African visit reveals a US strategy fixated on hobbling Chinese momentum. 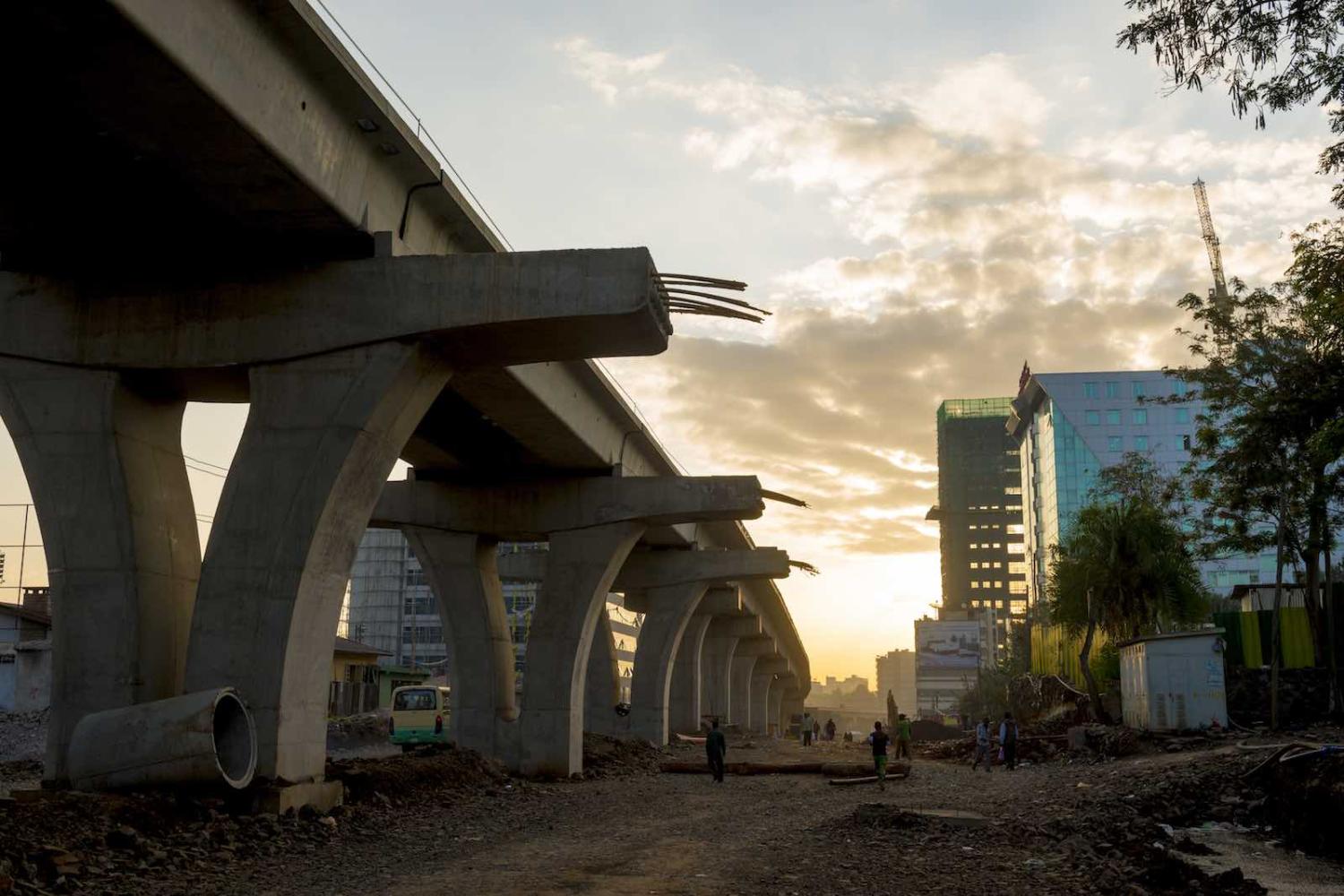 US Secretary of State Mike Pompeo has announced his first trip to Africa, 15–19 February, with stops in Senegal, Ethiopia, and Angola. The choice of these three countries demonstrates that the US remains focused on security and economic investment issues in Africa, and, in the case of Angola, is responding to current events instead of pursuing a long-term and coherent strategy. Importantly, the choice underscores that the one consistent theme in the US Africa strategy is its focus on challenging Chinese influence on the continent. It also suggests that the US is perhaps consolidating relations with key countries that can serve as instruments to achieve this objective.

The itinerary of Pompeo’s entire overseas trip is indicative of how the US currently views African countries as strategic pieces in an “America First” policy characterised by security and economic concerns. Before the Africa trip, Secretary Pompeo will attend the annual Munich Security Conference in Germany, where the US military's Africa Command (AFRICOM) is also based. After the Africa trip, he heads to Saudi Arabia and Oman.

Instead of mentioning Chinese debt, Secretary Pompeo ought to signal a US willingness to stay engaged in Africa by filling key Africa posts in the State Department, appointing ambassadors to African countries, and committing practically to implementing the US’s new private-sector investment strategy.

Pompeo begins his Africa journey with a visit to Senegal, an economically dynamic bulwark of political stability in the increasingly unstable Sahel region, and recent recipient of a new US government–funded counterterrorism training center outside the capital, Dakar. Despite rumours of a US military drawdown in the Sahel, the US has committed significant resources to the region, including a new base in Agadez, Niger. Ethiopia, seat of the African Union (AU), is a bastion of political stability and economic growth in a region with a strong US, French, and Chinese military presence in Djibouti. Washington is also currently mediating a growing crisis between Ethiopia, Egypt, and Sudan around Ethiopia’s new Blue Nile hydroelectric dam to avoid further destabilising a tense situation. Angola officially made the list to discuss democratic reforms, but the country's recent disregard of contractual obligations to American companies suggests that the US seeks to clean house with the government of one of its biggest suppliers of crude oil from Africa. Human rights appear absent from the agenda.

More to the point, all three countries are also key regional partners for China in Africa. In December 2018, Senegal became the first West African nation to sign onto the Belt and Road Initiative (BRI) when it welcomed Chinese President Xi Jinping. Dakar is also hosting the 2021 Forum on China Africa Cooperation (FOCAC), bringing together Chinese and African heads of state to discuss the strategic framework for the next three years of China-Africa relations. Ethiopia is a leading investment destination for Chinese businesses, recipient of several high-profile Chinese infrastructure projects such as the continent’s first light railway in Addis Ababa and AU headquarters, and strategic anchor for China's Eastern Africa BRI. Angola has received some of the highest amounts of oil-backed Chinese infrastructure loans in Africa, is China's second-largest African trading partner, and a key source of petroleum for China.

This trip does suggest that the US seems to be nuancing its strategy towards countering China in Africa by consolidating its approach and partners. Of note is that Melania Trump visited Senegal in 2018 and former US Secretary of State Rex Tillerson also visited Ethiopia the same year. Unfortunately, given Secretary Pompeo’s reiteration of the “debt trap” narrative on his recent visit to Central Asia, this tired theme will likely make an appearance in Africa as well.

The reality is that the US remains a step or even two behind China in Africa, whose Foreign Minister has traditionally travelled to the African continent at the start of every new year for the past 30 years. Along aid, trade, and investment, China is increasingly promoting digital economies and a new model of soft power that includes the distribution of Chinese cable access to remote villages, the penetration of Chinese media networks throughout the continent, and partnerships with entrepreneurial superstars like Alibaba founder Jack Ma. The latter’s November 2019 visit to Ghana likely promoted far more goodwill towards China and more excitement and demand for Chinese products among Africa's burgeoning and increasingly tech-savvy under-30 crowd – who will eventually take their spot as Africa’s leaders in a generation’s time – than Secretary Pompeo’s visit ever could.

US interests on the continent remain shaped, to its own detriment, by a perceived competition with China. Instead of mentioning Chinese debt, Secretary Pompeo ought to signal a US willingness to stay engaged in Africa by filling key Africa posts in the State Department, appointing ambassadors to African countries, and committing practically to implementing the US’s new private-sector investment strategy, where it would be welcomed by a new generation of dynamic African entrepreneurs. Sitting on the sidelines while other countries are becoming more engaged and more in touch with the aspirations among Africa’s next generation of leaders is not particularly conducive to an “America First” policy, either. It bears repeating that a coordinated and dedicated diplomatic, commercial, and security strategy is the best path towards increasing US investment and challenging Chinese influence in Africa.

Mutual interests abound in a win-win for the alliance of single-party states.
Daniel Woker 8 Aug 2017 15:25

The UK is a middle-size European country with very few alternatives in free trade, immigration matters or anything else to those open to its continental cousins.
Shashank Joshi 14 Jul 2017 08:56

Malabar 17 comes as China’s naval presence in the Indian Ocean is showing signs of a qualitative shift.