The RAN would have to mobilise practically the entire fleet to match the missile inventory of one Chinese cruiser. 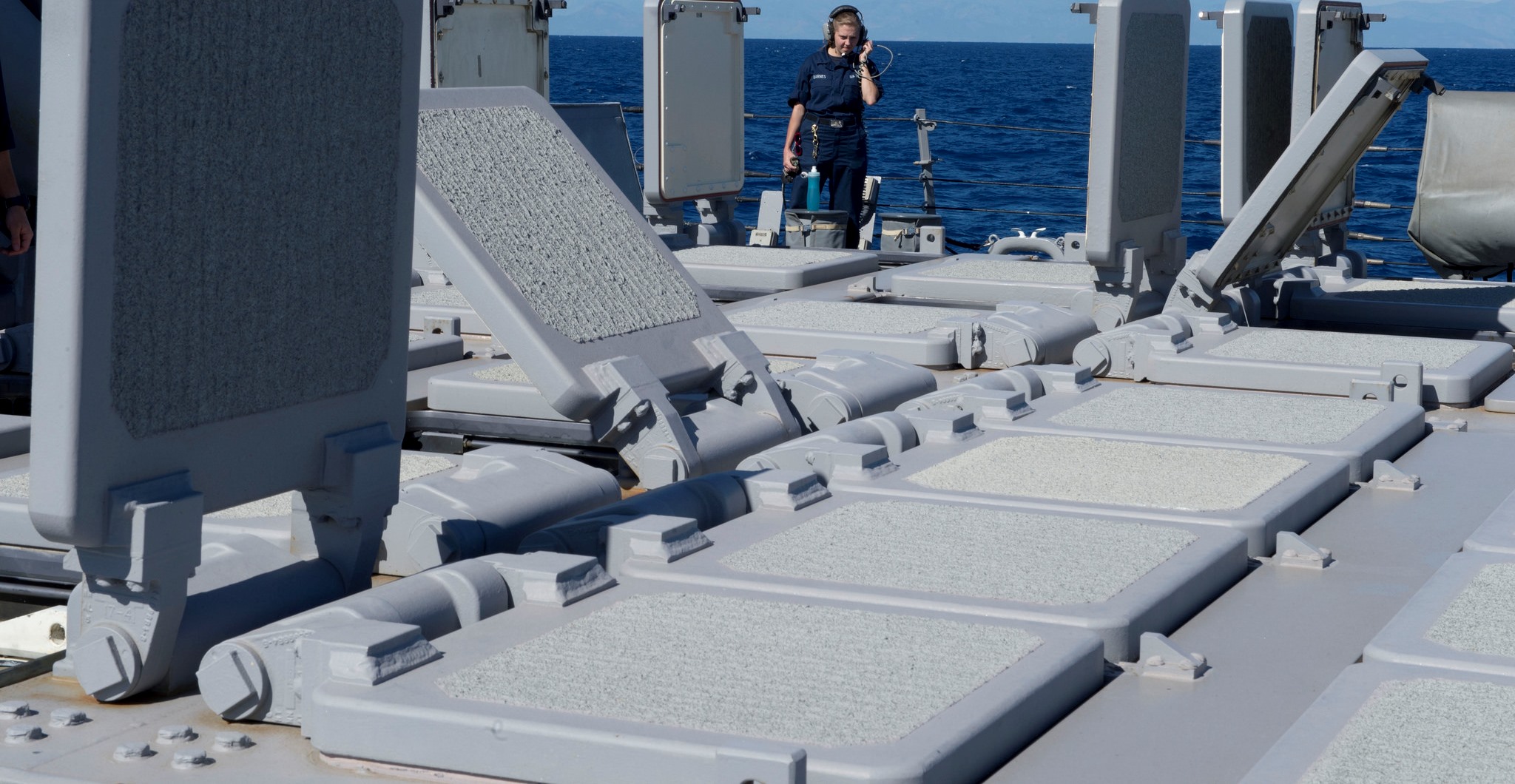 Axe says the number of vertical-launch cells serves as a useful proxy for naval firepower. Many would dispute this as too crude a measure. The vertical-launch cell count sometimes excludes separately housed anti-ship missiles, and important enabling capabilities such as radar, sensors and combat systems that do more to determine the war-fighting quality of modern warships than the quantity of missiles they can shoot.

Moreover, the latest generation of networked communications on US Navy warships and aircraft, available in future to close allies like Australia, enable one platform to fire the missiles of another, generating a massive multiplier effect. Different types of missiles can also be launched from vertical-launch cells: cruise missiles, anti-aircraft missiles and anti-submarine weapons. Smaller missiles like the Evolved Sea Sparrow (ESSM) can be quad-packed within a standard launch cell.

But the greater the mix, the fewer cells are available for any one type. So let’s assume there is some basic value to the vertical-launch cell count as a measure, in capacity terms at least.

Axe draws more comfort from the comparison across fleets than between ships. The US Pacific Fleet’s 36 DDGs and 12 Ticonderoga-class cruisers between them possess almost 5000 missile cells, compared to around 1500 across China’s modern force of 39 destroyers and frigates, excluding the in-production Type 055. Japan and South Korea also pack a hefty punch on their destroyers.

How does Australia’s Navy stack up in comparison? Poorly, in short.

The Royal Australian Navy (RAN) may be undertaking its most significant capability expansion and shipbuilding program in a generation, but across the current fleet there are just 136 vertical-launch cells. The Navy’s eight ANZAC frigates and three remaining Adelaide-class FFGs have just eight cells each. One of the latter, HMAS Darwin, will decommission in December.

Granted, the total will be significantly boosted by another 96 cells with the completion of the remaining two Hobart-Class Air Warfare Destroyers (AWD), each of which have a 48-cell Mark-41 Vertical Launch System (the next AWD, HMAS Brisbane, is expected for delivery in September 2018). The missile load-out of the Hobart-class is higher than the cell count, as each cell can take either a single SM-2 IIIB long-range missile or four medium-range ESSM air defence missiles. The AWDs are a big step up in relative terms for the RAN’s missile capacity, but 48 cells is still on the lean side for a destroyer, all the more so given they cannot be reloaded at sea.

A crude metric it may be, but it is chastening to reflect that the RAN would have to mobilise practically the entire fleet simply to match the vertical-launch cell inventory of one Chinese cruiser.

The RAN is always likely to deploy at a distance from Australia’s shores. To rearm in wartime, the destroyers would be dependent on access to a safe port in the theatre of operations. The limited missile load-out raises a legitimate question about the ability of the DDGs to undertake sustained escort operations, for example if assigned to provide long-range air defence for a task force based around the LHDs. A short, sharp engagement would be well within the DDG’s air defence capabilities, but with missiles in such lean supply, wouldn’t this play into a tactically conservative mindset on the part of the ship/task force commanders?

Consideration therefore needs to be given to maximising the number of missile cells in the future frigate, to 48, particularly in view of the recent announcement that they will be configured for ballistic missile defence. While the hull has yet to be selected, in CEAFAR and Aegis, the new frigates will have a very capable radar and combat system combination. If, as appears likely, the RAN decides to acquire the SM-6 missile, this will potentially equip the frigates with a versatile anti-air, anti-ship and terminal anti-missile capability, all in the same airframe. Acquisition of the SM-3 may follow, giving the RAN the ability to shoot down ballistic missiles earlier in flight. When the future frigates eventually enter service they are likely to be among the most capable warships afloat, closer in capability to a destroyer, particularly when you include their anti-submarine role. In combination with the three AWDs in service, the RAN will possess a highly potent surface force in capability terms.

However, if the next war turns out to be a drawn-out affair, it is likely to expose capacity shortcomings for warships designed to serve as a jack-of-all-trades in high-intensity, short duration conflicts, but without the stamina for long-duration deployments. The old maxim that quantity has a quality all its own remains relevant for Australia’s navy given the distances at which it will have to operate, with at-best uncertain prospects for resupply and rearmament in theatre under conflict conditions. Vertical-launch cells may be a crude measure of naval power, but it is one that the RAN cannot afford to ignore.

The government should also commit to buying naval missiles in sufficient quantities to hold a reserve. The recent experience of Libya, and against ISIS in Iraq and Syria, has demonstrated that guided missiles and other precision munitions are rapidly expended, even against sub-peer adversaries.