Best of The Interpreter 2019: Technology

The digital age has brought its share of wonders, but it has also created whole new realms of confusion, and rivalry. 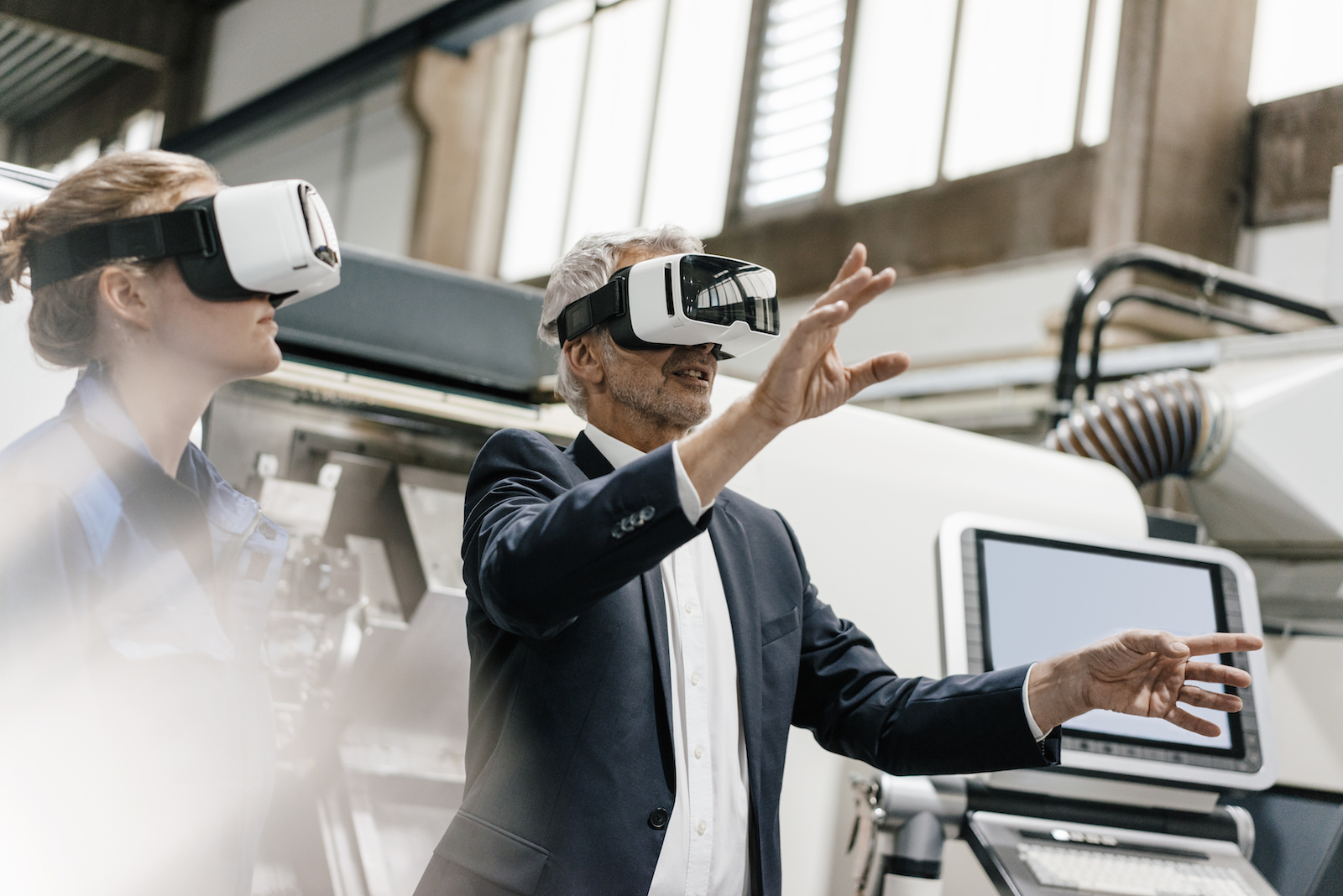 The endless blessings of technology – where would we be without them? Not reading this page, for a start. Several decades into the so-called digital revolution (depending where you mark the start), tech has become almost as essential to our everyday lives as air and water, and yet behind the utopian glimmer, doubts linger that we have tricked ourselves, and the Luciferian fire that brings light also has the power to consume us and destroy us.

The Interpreter traced how technology has continued to influence and infiltrate international affairs this past year – in the battles to control information on social media, the politicisation of manufacturers and markets, the pursuit of innovative approaches to vexing challenges, the power of big data to ask big questions, and other ways.

Facebook turned 15 in February, and in the tradition of cocky 15-year-olds everywhere, declared itself awesome. Damien Spry pointed out that the social media giant has hardly done the world of diplomacy any big favours:

Attempts by diplomats to catch up and join the global discussions have had to grapple with successive obstacles. Some of these result from organisational inertia in diplomatic institutions. Some are contained in Facebook’s networked structure, which has developed over the last 15 years in ways that have not assisted digital diplomacy.

Martin Gurri marked Facebook’s birthday by looking at how it has turned into a weapon against “elites who manage the great institutions of modern society”, spurring public revolt and the rise of the populists:

Facebook content today is routinely described “a threat to democracy” when not actually “democracy-poisoning”. A site once known for intimate ‘likes’ and ‘pokes’ is now said to cause depression and make users “physically sick”. “Connectivity”, warns social media maven Zeynep Tufekci, “is not a pony.”

Following public revelations that Parliament House and Australia’s major political parties had been the target of hacks by a “sophisticated state actor” – three months before a national election – Dirk van Graver delved into the “grey zone” of cyber attacks:

Deterring, disrupting, and denying cyber attacks should be the primary focus of governments, a responsibility also shared with private enterprise. But intrusions and data breaches occur every day in cyberspace. Total prevention is impossible. The public discussion around cyber security needs to be clear-eyed enough to move beyond technical prevention to incorporate a framework for resilience.

That potential to exacerbate international competition was precisley the warning from Michael Thawley.

New controls, along with differing approaches to the use of the internet, the treatment of personal data, and the need to protect networks from cyber-attacks will lead to a separation and competition in this key space for economic growth. They will affect every country in the world. It will pose us difficult choices and lead to the fracturing of global markets in the fastest growing part of them.

With the increasing amount of digital information every person generates every day, Miah Hammond-Errey wondered where big data is going, and where it stops:

For many of us, the big data era presents more questions than answers and more challenges than solutions. It is clear though that living in a data saturated world is transforming the society we live in. Interestingly, there is a lot of debate about whether and how we should adopt these technologies, rather than awareness that we largely already have.

Zac Rogers saw an opportunity to come to our senses about our fixation with ever-more-powerful technology, after Australia blocked Chinese tech giant Huawei from providing equipment for the country’s 5G mobile network, sparking controversy at home and overseas.:

If the rush to 5G has to slow down a bit because the lead company Huawei is judged to be a national security concern, we might use the time fruitfully to ask ourselves a fundamental question. One that has been lost among the mythology and ideology of the digital age.

What do Australians think computers are for?

Darren Lim and Victor Ferguson looked at the broader implications of the Huawei ban:

Whether deliberate or not, the restrictions on Huawei have prompted some to argue that we are currently witnessing the collapse of an open, global market for ICT goods and services. Others cite the new policies as the latest confirmation of an emerging “economic” or “technology” Cold War between China and the United States.

For the companies caught in the middle, decoupling will not be a neutral process. Firms will need to make decisions regarding on which side of the “economic Iron Curtain” they want to fall, guided by considerations of profitability and political risk.

Frederick Kuo considered the cross-section of climate change and technology, and whether innovative tech can reduce the threat of food shortages in Southeast Asia:

Various initiatives including the ASEAN Cooperation on Agricultural and Bio-systems Engineering (ACABE) and the ASEAN Universities Consortium on Food and Agro-based engineering and technology education (AUCFA) are working to develop a region-wide platform for knowledge and technology sharing for harnessing the power of the fourth industrial revolution – one which is hoped to solve common problems for the region’s agricultural industry.

In the inedible realm of ones and zeros, China looked to jump on the blockchain bandwagon, which Elliott Zaagman compared to other uses of technology China has used to its own ends:

For Beijing, the paradoxes of blockchain technology are uniquely pronounced. Simultaneously determined to be a world leader in technological advancement while also maintaining absolute control, Xi Jinping’s communist party is walking a very narrow tightrope.

Perhaps even more dystopian, the advancement of “deep fake” videos enabled by increasingly powerful artificial intelligence heralded an age in which reality itself is permanently in doubt. Erin Cook painted an alarming picture:

The erosion of public trust in traditional media, driven by “fake news” and hyper-partisan news outlets, has been well documented. And it’s poised to get much worse. Tech experts warn that as video technology able to make anyone say (and do) anything – or, that is, appear to – becomes increasingly sophisticated and more widely available, its impact on politics and culture could grow out of control.

Outrage at social media sites’ inability – or refusal – to slay the fake news beast found a powerful voice in a comedian famous for faking out a lot of people. Sarah Logan marked the scorecard on Sacha Baron Cohen’s scathing critique:

Facebook rounded out the year in style, dancing to the tune of Singapore’s draconian “fake news” law, in which fake news is whatever the ruling party says it is. Kirsten Han saw the writing on the wall:

Anxieties about disinformation and misinformation are going global, but so is the practice of capitalising on these anxieties to consolidate power. The use of a law like POFMA – and the compliance of the big tech companies whose platforms so often perform the role of a virtual public square for citizens – might only be taking place in Singapore today, but its apparent success provides legitimacy and political cover for it to be used elsewhere tomorrow.

Let’s not forget, however, that it’s been 50 years since the moon landing. We’ve come a long way, but Morris Jones has not forgotten:

The geopolitical factors that spawned Apollo are not with us in the same proportions and combinations. Apollo was a product of its time. For better and for worse, those times have changed.

But the Moon hasn’t exactly been abandoned.

Given the year it’s been, some earthlings may wish to revisit our lunar satellite, post-haste. 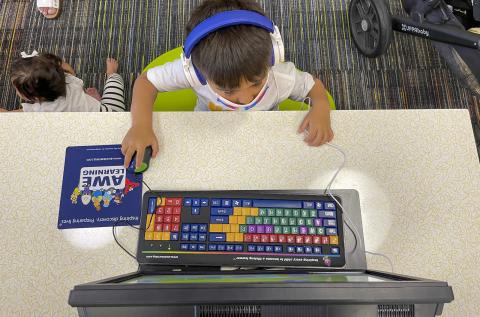