Best of The Interpreter 2019: The Trump Circus

With big promises and empty threats, US president Donald Trump carried on as usual, as did his detractors. What next? 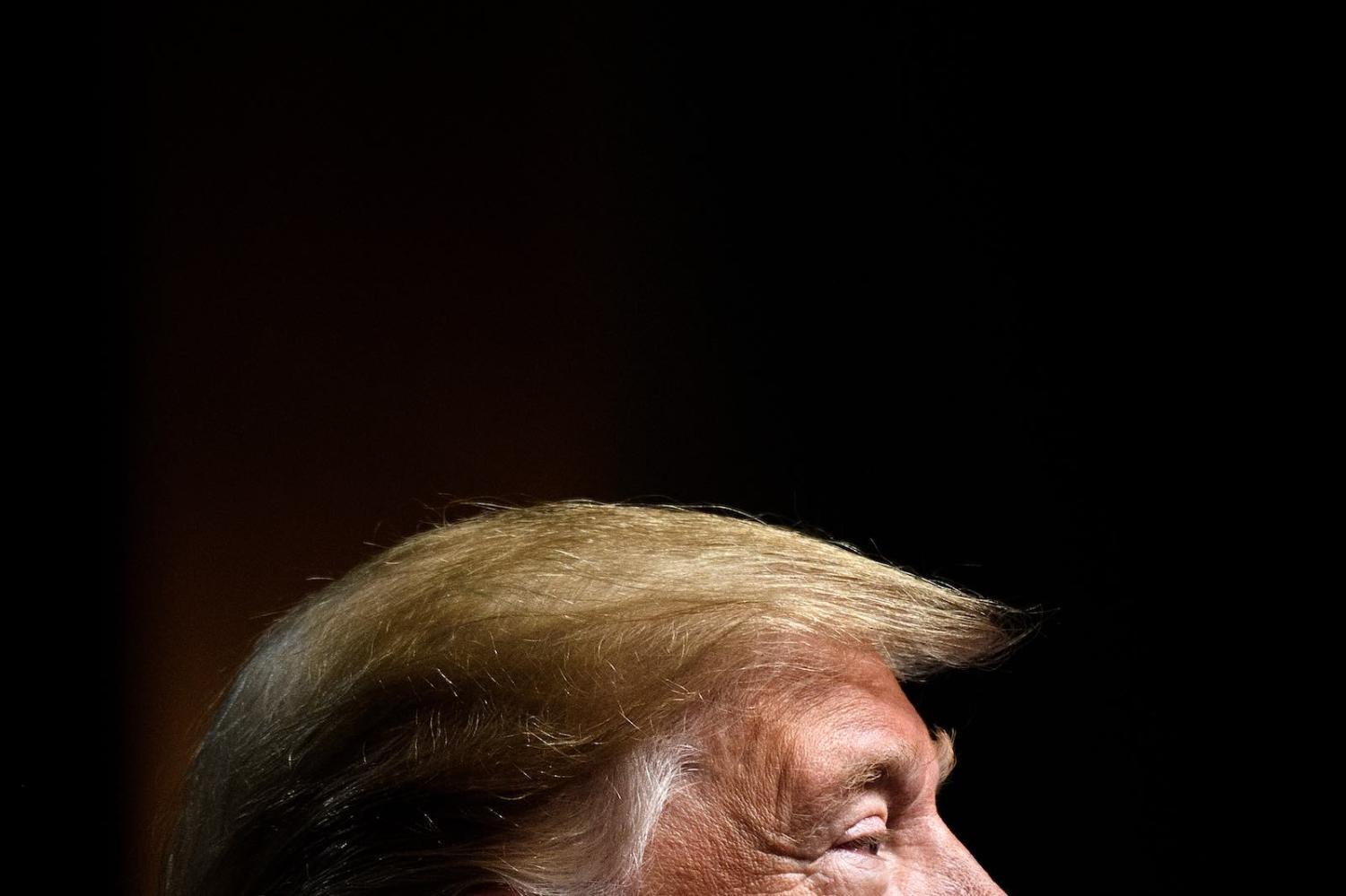 The Trump administration rolled into 2019 poised to continue its high-wire act balancing the US president’s penchant for “alternative facts” and rapid-fire contradiction against the actual fact of America’s diminishing influence around the world.

After mid-term elections in November 2018 had flipped the House of Representatives to the Democrats, ending Republicans’ monopoly on legislative control, the year began with the possibility of real political pushback against the unpopular president, leveraged on the high expectations of the impending Mueller report on Russian interference in the 2016 election (along with mutterings of impeachment, an ongoing point of argument among Democratic party factions).

Meanwhile, the departure from the Trump cabinet just before Christmas of Defense Secretary Jim Mattis – routinely referred to as the last “adult in the room” – suggested that Trump’s base instincts were about to sink even lower.

The US is now in a situation in which it has tacitly accepted North Korea as a nuclear power, and wittingly or not, has sent a clear set of signals for other aspirant nuclear powers as to how to proliferate and get away with it.

Erin Hurley, casting her eye across the scorched political landscape, cautioned against unquestioning faith in the international order to get us out of this mess:

The campaigns that brought the Brexit and Trump victories home stepped into the void left by democratic political leaders that tend to reflexively support internationalist institutions and agreements without acknowledging the costs or effectively communicating the benefits. As internationalists we need to be clear-eyed about what needs to be protected and what needs to be reimagined, and we need to build public support for these decisions.

In the wake of another Trump-Kim summit, Jefferey Robertson offered a reality check to the notion that leadership summits make for good or effective diplomacy:

Believing political leaders can gain a solid understanding of a partner’s intentions through face-to-face meetings is according them undeserved capabilities that exist only in the domain of psychologists, intelligence agents, and used car dealers.

Daniel Flitton clocked the competing realities that made the Mueller report the stuff of great expectations … or a whole buncha nuthin’, as the case may be:

For all the heat, allegation, claim and counter-claim surrounding the investigation, the argument is really about looking at the same issues from wildly different perspectives. The facts only occasionally come into focus. And it seems in politics, none of that is going to soon change.

US credibility as a heavyweight willing to follow through on threats with military force has come to ring hollow in the Trump era, as Robert Kelly pointed out:

By the time Trump got around to threatening the “obliteration” of Iran late last month, it sounded canned, and no one, not even the Iranian government, seemed to take it seriously.

And Michael Fullilove, although seeing a region more willing to scrutinise China, wondered at the quality of US representation at one of Asia’s key forums.

The message matters, but so does the messenger. Mattis casts a long shadow.

For his part, Trump continued his pattern of appointing partisan loyalists with minimal qualifications to critical leadership roles. Greg Treverton sized up the danger of one of Trump’s signature tactics:

Ratcliffe’s appointment is entirely consistent with Trump’s pattern – his choices for top jobs have been either visibly incompetent or opposed to the mission of the agency they are to head, or both. Or he simply has left top jobs unfilled. America now has a government of actings and absents.

And did someone mention Greenland? Donald Rothwell.

Suggestions by the Trump administration that the United States is exploring the acquisition from Denmark of Greenland has been greeted with global derision. Greenland politicians have pointed out that the island is “not for sale” and are insulted to think that they would become part of just another Donald Trump real estate deal. However, is the notion of the United States acquiring Greenland that absurd? Throughout history, there are many examples of territory being transferred, and the United States has been a particular beneficiary of this trade in land.

Trump’s big campaign promise to end US military involvement in Afghanistan was revived when the US president made an unexpectedly friendly overture to Pakistani Prime Minister during his US visit. Adnan Aamir put long odds on Trump’s gamble:

The warm handshakes and friendly banter illustrated what is actually a remarkable shift in the Trump administration’s policy towards Pakistan. At the beginning of 2018, Trump had abruptly and loudly announced the suspension of military aid to Pakistan, claiming in a tweet that “they have given us nothing but lies and deceit, thinking of our leaders as fools”. But that was before Khan’s victory.

Scott Morrison said it himself, only last week. “I mean he’s a very different President to previous Presidents.” And in another timely reminder ahead of the Australian Prime Minister’s visit to Washington, the revolving door at Donald Trump’s White House has turned again, with the pugnacious and now former National Security Advisor John Bolton gone after barely 18 months in the job.

Gorana Grgic argued Bolton’s departure was not just another routine clash of personalities in a series of many, rather it signaled a new chapter in the Trump presidency:

The first year of Trump presidency was a battle between his disciples and the GOP establishment, which the latter lost. The second year witnessed the sparring between Trumpism and neoconservatism. At this stage, it is abundantly clear that it is the Trump loyalists who will reign supreme until the end of president’s time in office.

When impeachment proceedings against Trump turned from threat to reality, Nick Bisley considered the cost to US foreign policy:

Quite where it will end is unclear but that the investigation was triggered in the international policy sphere is not surprising given Trump’s approach to foreign policy and national security.

That approach has been without strategy. Quite what it is that the administration is trying to achieve over the longer run in most areas is entirely unclear, poorly resourced, and entirely lacking in a policy process.

Trump ally Senator Lindsay Graham lashed out at the impeachment effort with the insinuation that Australia’s intelligence services had conspired with US intelligence against the Trump presidential campaign, in the person of former Foreign Minister Alexander Downer. Daniel Flitton saw “a new twist on 100 years of mateship”:

There is nothing wrong with policy makers holding healthy scepticism about the value of material stamped “top secret”. But that’s not what is happening here. Instead, Trump, enabled by Graham and other supporters, would have people believe that agents from close American allies have been involved in treachery.

Robert Kelly predicted the real outcome of impeachment would be a reset of liberal internationalism, which Trump’s efforts have been too shallow to overthrow:

Trump has induced chaos, but that seems to be its own reward for him. If Trump’s target is the liberal international order, he has offered no alternative to it.

Erin Hurley examined the risks of impeachment for Democrats in the upcoming election, if they end up going it entirely alone:

The key to Democrats pulling through this exercise without being punished electorally lies in the ability of the House to oversee an inquiry that is perceived by the public as legitimate and fair. This perception must extend beyond Democratic partisans to some independents and Republicans.

The Indian Navy’s ambition to be a “net security provider” is going nowhere as long as it lacks the proper resources.
The Interpreter 16 Nov 2018 13:00

<p>As Theresa May fights to survive a bid to break with Europe, two Lowy Institute podcasts assess the consequences.</p>