The Chinese are finding they are now subject to the Spiderman rule: with great power comes great responsibility. 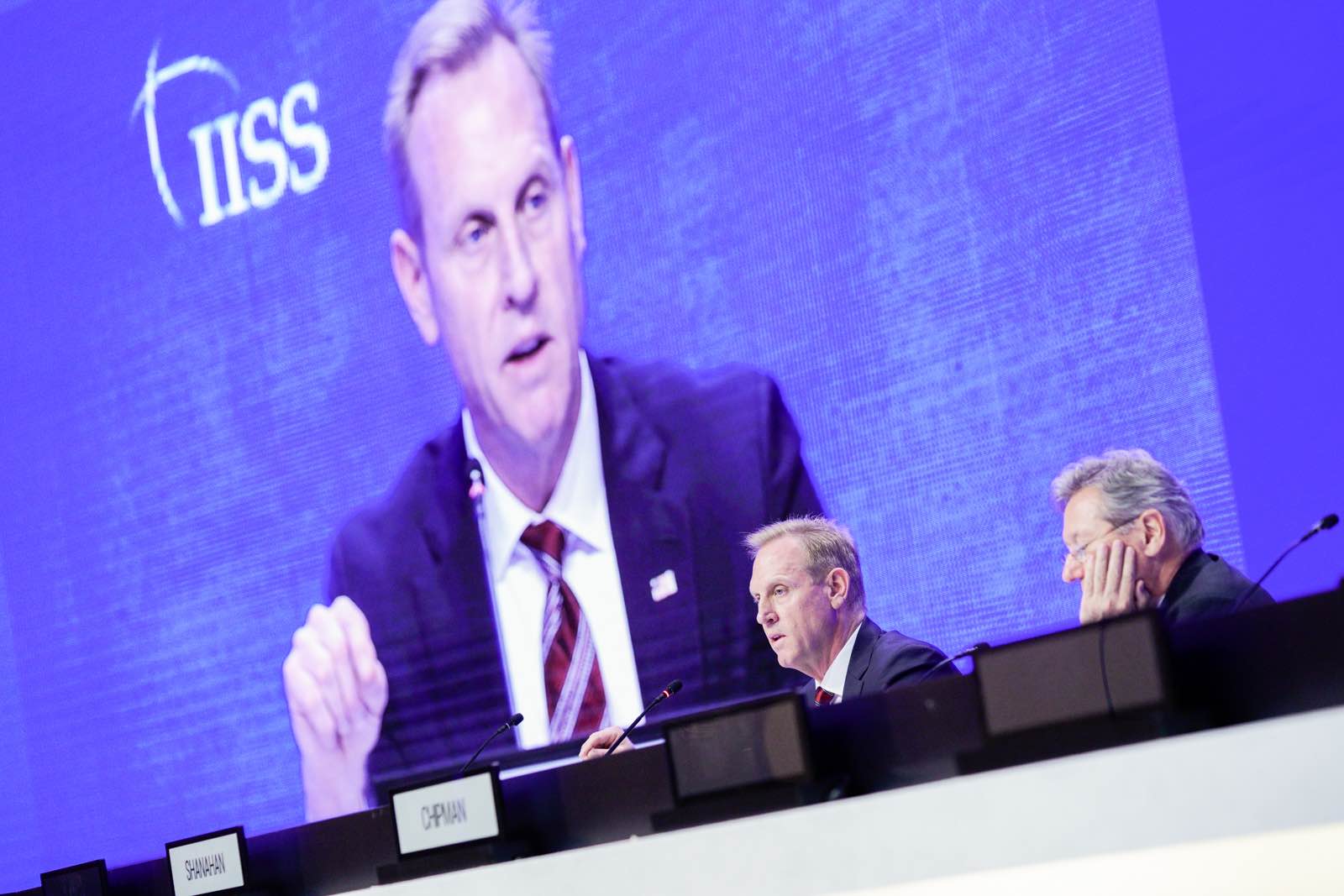 For the past two years, the highlight of the annual IISS Shangri-La Dialogue in Singapore was the keynote speech by the sadly departed former US defence secretary Jim Mattis. This year the task of speaking on behalf of America to the leading forum of Asian defence ministers fell to Mattis’s successor, acting defence secretary Patrick Shanahan. The American was conciliatory towards China, a message that would have been welcome to a region that generally prefers not to have to choose between Washington and Beijing.

But Shanahan doesn’t have Mattis’s authority or backstory, and his delivery was poor too (although he made a good stab at pronouncing the name of the Australian frigate HMAS Toowoomba). Watching on with several Lowy Institute colleagues, I thought it was revealing that Shanahan intervened several times to limit the number of questions put to him by delegates through the IISS director-general John Chipman. It’s always better to show confidence by taking all the questions, as Mattis did – even hard questions put by blunt Australians.

The message matters, but so does the messenger. Mattis casts a long shadow and it will be a while before Shanahan escapes it.

Shanahan wasn’t the only one to miss a note. British Secretary of State for Defence (and possible Tory leadership candidate) Penny Mordaunt was underwhelming later in proceedings. For some reason, perhaps to compliment the Chinese, she characterised the United Kingdom as a “win-win” nation, like Singapore. In fact, the UK’s strategic circumstances and foreign relations are very different from Singapore’s, and the Brits know from centuries of diplomacy that relations between great powers rarely play out on a win-win basis.

In an effort to downplay British bellicosity, Mordaunt compared future British Freedom of Navigation Operations (FONOPS) in disputed Asian waters to a ship visit to Manhattan. The only effect of this comment will be to undercut the impact of future British ship movements on the minds of those in Zhongnanhai. These are the fruits of Brexit.

The best performer on the same panel – indeed the star of the Dialogue – was French defence minister Florence Parly. Parly slayed. She was plain-spoken, tough-minded and funny. It helped that she was accompanied to Singapore by an aircraft carrier strike group: the magnificent Charles de Gaulle, which was berthed at Changi Naval Base over the weekend. Parly had some fun with Mordaunt on this point. Thank goodness for France, I thought at the end of Parly’s speech. True, the French can be frustrating – but they are also magnificently obstinate, to use Parly’s own word. These days, the West sorely needs some obstinacy.

I asked Parly about Michael Kovrig – the Crisis Group analyst from Canada who was a delegate to last year’s Dialogue but who is now in detention in China. This has had terrible consequences for Kovrig and his family – but it has also affected China, dampening intellectual exchange and making it much harder for outsiders to visit China and meet with Chinese policymakers. My question was a tough one for defence ministers, and Parly chose not to respond, but I felt it was important to say Kovrig’s name aloud.

True, the French can be frustrating but they are also magnificently obstinate … These days, the West sorely needs some obstinacy.

That same afternoon there was a packed session on strategic interests and competition in the South Pacific. Australia’s Department of Foreign Affairs and Trade Secretary Frances Adamson performed impressively on the panel. When asked to comment on the likelihood of the People’s Republic of China establishing a military base in the Pacific, she deftly invited Senior Colonel Zhou of the People’s Liberation Army to answer instead – no doubt the last thing the colonel was expecting or hoping for. Zhou’s careful response – along the lines of “there is no military base” – reminded me of former US president Bill Clinton’s expert use of the present tense back in the day.

Australia has a good story to tell about its contribution to the Pacific, but our weakness is our policy on climate change – an existential issue for some Pacific island nations. Adamson put the best case she could, defending the government’s position and talking up the practical results being achieved. But Pacific discontent with Australia’s climate stance was apparent throughout the whole session. New Zealand’s Defence Minister Ron Mark made a point of praising France’s approach to the issue, for example, while remaining silent on Australia’s approach. The Fijian military chief Admiral Viliame Naupoto said that there are three strategic competitors in the Pacific – the United States, China and climate change – and climate change is winning.

This week Scott Morrison went to the Solomon Islands bearing gifts and the PM won terrific press coverage as a result. But our climate policy limits Australia’s influence and prestige in the region. It is hard to step up when our climate policy keeps pulling us down.

The following morning, China’s defence minister Wei Fenghe had his star turn at the IISS lectern – the first time in eight years that that PRC had been represented at Shangri-La at defence minister level. Whereas Shanahan had dialled the volume down on US-Chinese rivalry, Wei dialled it up – to 11. He was forthright and uncompromising, making it clear that in China’s eyes accommodation is a one-way street.

Wei took questions from the delegates with confidence. But it was also notable that his questioners piled on, raising awkward topics that the Chinese prefer not to address in public, including Xinjiang and the militarisation of the South China Sea. Often this sort of treatment is reserved for Americans; not this year. The Chinese are finding they are now subject to the Spiderman rule: with great power comes great responsibility – and great scrutiny.

Kudos to IISS for providing the forum at which power in Asia can be scrutinised.

Show Comments
Previous Article
China wants us to forget Tiananmen, it is important that we don’t
Next Article
The Pacific’s social politics