China wants us to forget Tiananmen, it is important that we don’t

Controls over information by authoritarian governments have made history all the more important in protecting rights. 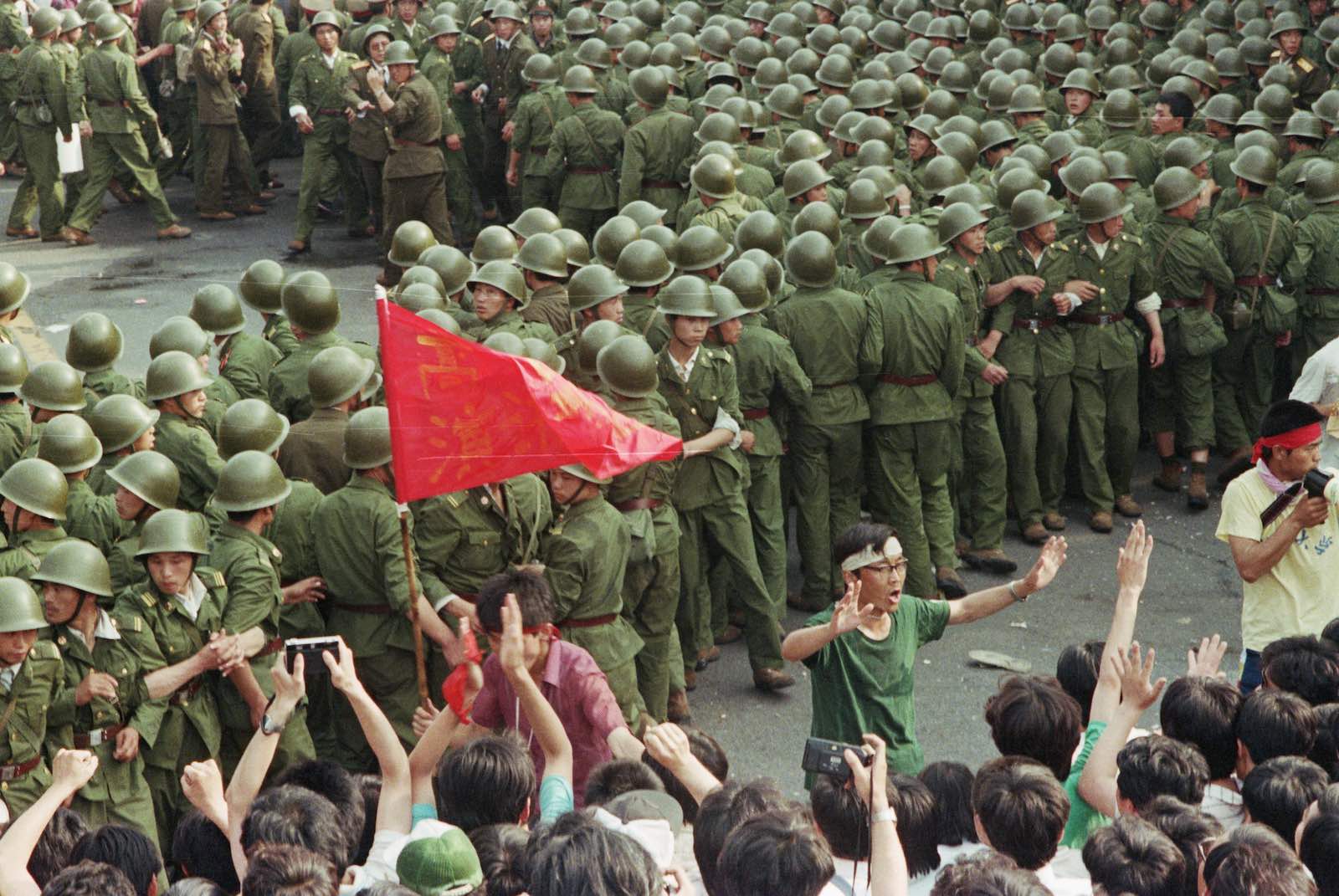 Today marks the 30th anniversary of the Tiananmen Square massacre, the day when Chinese authorities brutally crushed pro-democracy demonstrations, killing anywhere between one and ten thousand people in the process. Today, the Chinese authorities are anxious that we forget the terrible events of 30 years ago. Not forgetting them is a punishable offence inside China itself. Now, as those same authorities intern at least a million Muslims in Xinjiang, it is important that we remember what happened, and why.

Protests began on 15 April 1989, prompted by the death of Hu Yaobang, a former general secretary of the Chinese Communist Party. Hu was a cautious communist reformer, forced to resign in 1987 because he refused to take a hard line against student protestors. Hu’s death and funeral brought students out onto Tiananmen Square to demand reform. The students were joined by other workers’ organisations and established a permanent presence on the Square. In late May, they erected a paper-mache statue to the “Goddess of Liberty”.

Unsurprisingly, the government denounced the protest as a foreign backed conspiracy, but as is so often the case, denunciation only outraged the protestors and brought more people onto the streets.

The hardliner Li Peng circulated a report on the protests entitled “On the True Nature of the Turmoil”. It argued that “a tiny minority has organized and plotted turmoil and has made continuous occupation of the Square an important political tactic”. The students were intent on “provoking conflicts, exacerbating conflict, and trying to cause bloodshed in order to make a national and even international impact”. The report argued that the protest had secured “a large amount of spiritual support and material aid” from “various hostile forces, organizations and individuals at home and abroad”. It recommended that the state “take swift and decisive measures immediately to suppress the counterrevolutionary turmoil in Beijing”.

Those goddam bastards! Who do they think they are, trampling on sacred ground like Tiananmen for so long? They’re really asking for it! We should send the troops right now to grad those counterrevolutionaries…

In mid-May, the hardliners prevailed and martial law was imposed on Beijing. Troops attempted to secretly move into position, moving into the city in plain clothes whilst their weapons were transported separately. On 2 June, an unarmed military assault was launched on the square, but the troops were stopped in their tracks by the protestors. Hopes of success were short-lived as the following day the army launched another attack on the square, this time using live ammunition, personnel carriers, and tanks.

Confronting barricades and an angry crowd at Muxidi on the road into the square, the troops opened fire and strafed surrounding buildings. Protestors responded by attacking tanks and soldiers. The army, ordered to clear the square by dawn, reached Tiananmen at around 4am and following tense negotiations, the student leaders decided to evacuate peacefully to avoid further bloodshed. Sporadic violence continued for a number of days as civilians in Beijing continued to attack isolated soldiers and tanks and the army responded with occasional indiscriminate violence.

At the time, China experienced a firestorm of global condemnation. But it has learned how to weather the storm.

How many died on 4 June remains hotly contested. It was initially reported that a source at the Chinese Red Cross claimed that 2,600 protestors were killed, but the Red Cross quickly denied this. In a detailed report on the incident, Amnesty International put the figure at “at least” 1,000 whereas the government admitted that 300 people had died and 400 were missing, including soldiers. It later emerged that the British Embassy had privately estimated that some 10,000 protestors were killed. Protests in other parts of the country were also crushed, sometimes violently. Away from the headlines, in Chengdu around 400 protestors were killed when the army stepped in to restore order.

At the time, China experienced a firestorm of global condemnation. But it has learned how to weather the storm. Then, the authorities could not control the flow of information out of Beijing and that proved crucial. Today, China and other authoritarian governments are doing a much better job of controlling the outwards flow of information about their human rights abuse and of using “fake news” to cast just enough doubt on their sources to dissuade governments and activists from condemning abuses and imposing costs.

China’s government would rather we forget what happened 30 years ago. As the very notion of human rights comes under threat from around the world, it is imperative that we do not.

Show Comments
Previous Article
Episode 2 of Rules Based Audio, “The Terrorist’s Wife” out now
Next Article
Superpower scrutiny at Shangri-La