The hope might rest with Imran Khan, but for all the warm words, Pakistan can do only so much to influence the Taliban. 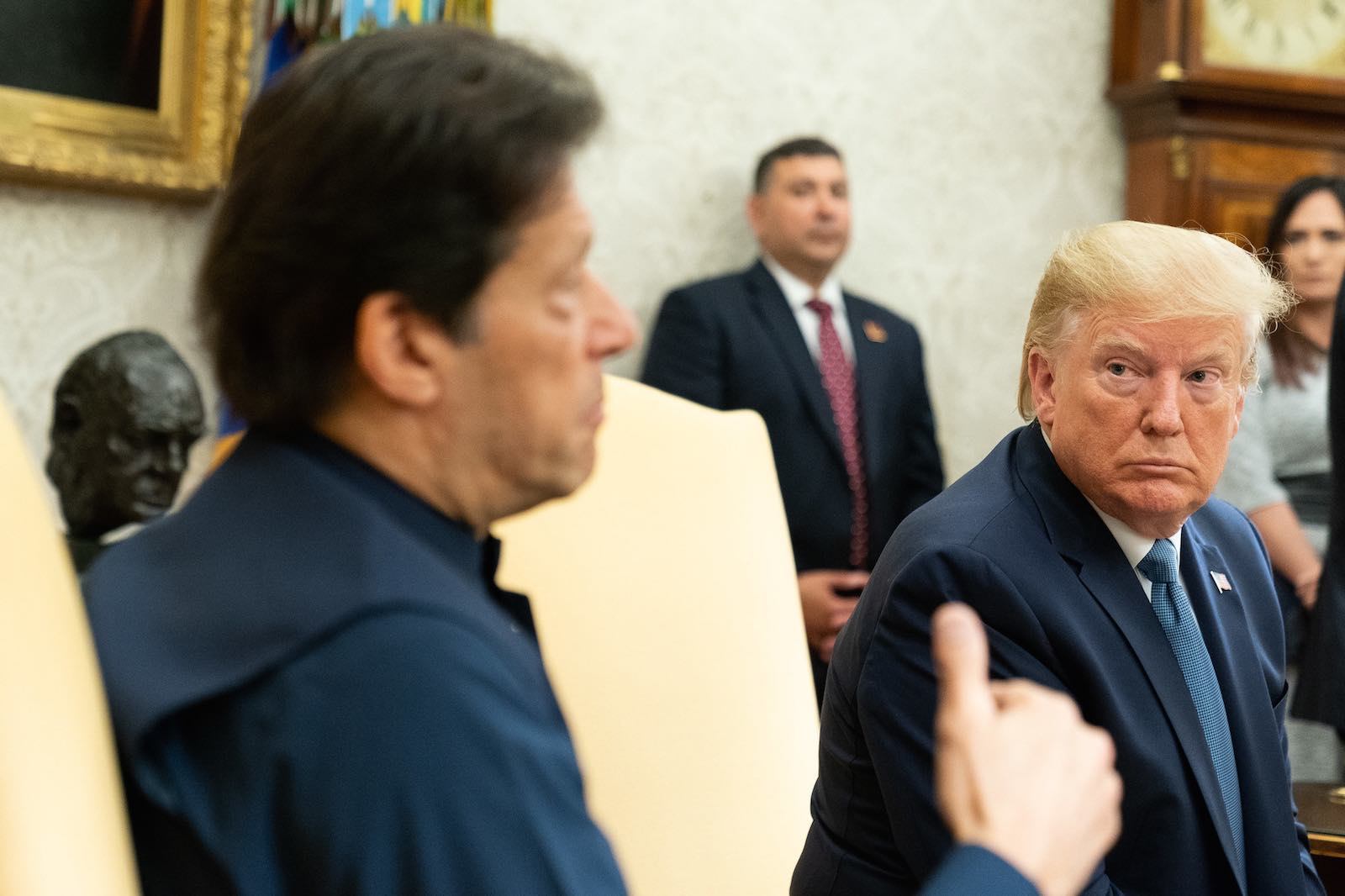 Last month’s Oval Office meeting with US President Donald Trump was Pakistani Prime Minister Imran Khan’s first US visit since taking office in August last year. During the meeting, Trump hinted at resuming aid to Pakistan, as well as making a broader and surprising offer to mediate between India and Pakistan on the perennial dispute over Kashmir.

The warm handshakes and friendly banter illustrated what is actually a remarkable shift in the Trump administration’s policy towards Pakistan. At the beginning of 2018, Trump had abruptly and loudly announced the suspension of military aid to Pakistan, claiming in a tweet that “they have given us nothing but lies and deceit, thinking of our leaders as fools”. But that was before Khan’s victory. Trump’s latest turnabout has quickly translated into action, with the US State Department already approving a US$125 million support program for Pakistan’s F-16 fighter jets.

While most attention since has focused on the Kashmir question, Trump’s change of policy on Pakistan is linked directly to resolving another of the region’s longstanding conflicts, the Afghan peace process. The calculation appears simple, at least for Trump. The US needs Pakistan’s assistance to broker a deal with the Taliban.

Trump, for all his self-declared prowess in the art of the deal, might be expecting more from Pakistan than it can deliver. Pakistan doesn’t have the leverage over the Taliban that it once did (although granted, Islamabad was able to persuade the Taliban to join the peace process). But now there are indications of growing Iranian and Russian influence on the Taliban, owing to their support for regional Taliban commanders in border areas. Pakistan cannot simply deliver a peaceful Afghanistan to the US, especially when the US is on a collision course with Iran.

Secondly, there is no guarantee that Taliban leaders will unanimously agree to a peace plan brokered by Pakistan. The Taliban is a loose coalition of regional commanders, most of them reasonably independent in dealing with local matters. It would be wrong to see the Taliban as a single, unified whole. The more radical elements among them may not agree to any deal with the US, no matter what it says.

Trump’s policy of partnering with Pakistan to end the Afghan war has also been met with scepticism in Washington.

A peace deal under these conditions would never survive, and there is little Pakistan could do to salvage it. Worse, they might turn against Pakistan if they felt betrayed, and join forces with the Pakistani Taliban, who have long been using Afghan territory to mount attacks in Pakistan. Pakistan therefore must be cautious not to earn the wrath of their regional commanders.

Negotiating with the Taliban is a highly risky proposition. At best, it can be seen as a desperate escape plan by the US. In 2001, the US invaded Afghanistan on the pretext of dislodging the tyrannical Taliban and destroying al-Qaeda sanctuaries. Now, in the peace process led by Special Envoy Zalmay Khalilzad, the US appears ready to accept some presence of the Taliban in the government, provided it comes with an assurance Afghanistan will not harbour global terrorist groups.

Some Afghan officials fear a peace plan would effectively lead to complete takeover by the Taliban, as the Afghan army can’t stand up to the Taliban on its own. After 18 years of war, US acceptance of the Taliban as a legitimate representative of Afghan society runs contrary to its most basic objective.

Trump’s policy of partnering with Pakistan to end the Afghan war has also been met with scepticism in Washington. To those who see Pakistan at the root of the Afghan problem, Islamabad can’t be a part of the solution. In their view, ending the war means forcing Pakistan to end its double-dealing in handling militant groups. A Democratic-party takeover of the White House in the 2020 election, furthermore, would likely change the entire landscape again.

Yet in the face of such concerns, Trump has placed his bet on Pakistan. Khalilzad’s peace plan is moving forward, taking Pakistan on board. For now, it may warm up relations between the US and Pakistan. Khan may never be able to deliver on the hopes for peace in Afghanistan, yet ultimately, engaging Pakistan rather than confronting it is the right approach to resolving this long-standing and deadly conflict.

Show Comments
Previous Article
US foreign policy: restraint without retrenchment
Next Article
Aid links: colonial comeuppance, a sting in the bite, and more