China has adopted a scheme to reduce carbon intensity, but that is not the most effective way to reduce CO2 emissions. 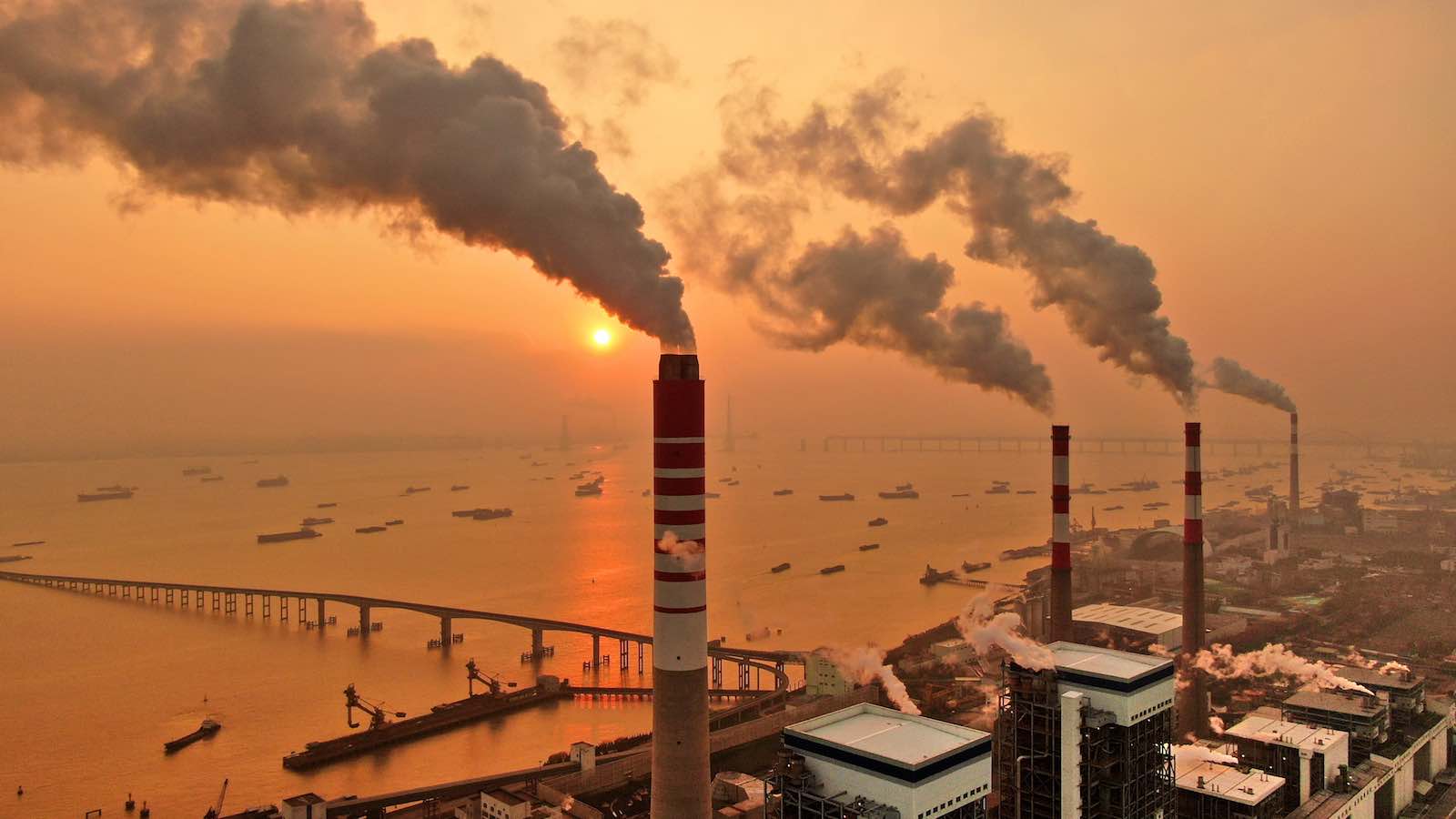 Chinese officials have recently given some important indications about the design of China’s much-anticipated – and much-hyped – national carbon emissions trading scheme (ETS), scheduled to be launched next year.

Crucially, the scheme, which will initially cover facilities in the power-generation sector only, will not be a “carbon market”, as commonly understood. It will not feature an overall cap on carbon dioxide (CO2) emissions. Rather, it will be a CO2 intensity trading scheme.

CO2 pricing for power could become an important means of increasing the competitiveness of renewable energy, but the system would need to incentivise zero-carbon power generation, not just marginally more efficient coal power generation.

A coal plant operator can reduce its CO2 intensity in two ways: it can improve the thermal efficiency of the plant, or it can burn higher-quality coal. Of course, the most effective way to reduce absolute CO2 emissions in China’s power sector would be to draw less overall power from coal-based generators – something an emissions intensity scheme does not incentivise.

Depending on how the benchmarks are determined, the scheme may not even force the least efficient (“subcritical”) kind of plant out of the generating mix. For example, according to one of the two alternatives proposed in the Ministry of Ecology & Environment’s draft allocation plan, there will be unique benchmarks for large (300MW and higher) and small plants. If this proposal is adopted, then the small plants will only be incentivised to perform well against the benchmark set for small plants generally. This could create a seemingly odd situation where a small subcritical power plant that over-performs relative to its benchmark (879g/kWh) makes money out of the scheme, while an ultrasupercritical plant that underperforms relative to its benchmark (827g/kWh) loses money, even though the latter is overall more efficient than the former.

This issue could be mitigated by setting the benchmark for small plants so high that few subcritical plants can meet it. This would help push older plants out and clear some of the excess capacity that currently plagues the sector. However, it has proven politically difficult to force coal plant retirements, with far fewer plants having been retired this decade than expected.

Another key challenge concerns the systems for the measurement, reporting, and verification (MRV) of each plant’s CO2 emissions. Ensuring the integrity of such systems is a challenge for even the most sophisticated bureaucracy – and orders of magnitude harder in a country rife with data falsification and “gaming” of official targets. Indeed, the robustness of China’s CO2 MRV systems remains a concern, as noted in a Paulson Institute report last year that found issues with the “institutional and legal framework”, “technical standards”, and “competences of third-party verification companies”.

Moreover, the quality of MRV matters even more for the integrity of intensity-based schemes than it does for a standard ETS. Under a standard ETS, liable entities pay for all their emissions, so cheating by a few per cent doesn't make a huge difference. But under an intensity-based scheme, operators are liable only for the fraction of emissions that exceeds their benchmark, so even very minor cheating compromises the scheme’s incentives.

Another problem is that price signals are ill-suited to many parts of China’s economy, including some of the most emissions-intensive sectors. In the power sector, for example, the government regulates power prices and provides a range of subsidies to different power sources. There is a push for making wind and solar "subsidy-free", meaning that their tariffs are to be matched to coal plants. But coal plants enjoy gargantuan direct and indirect subsidies. In this context, CO2 pricing for power could become an important means of increasing the competitiveness of renewable energy, but the system would need to incentivise zero-carbon power generation, not just marginally more efficient coal power generation.

There are Chinese energy policies that might be less exciting to environmental economists, but will far exceed carbon trading in real-world impact. They include provincial coal consumption caps requiring 11 coastal provinces to cut coal use next year. Additionally, the preparation of the next five-year plan, covering 2021–25, has just begun and will include renewable-energy targets, coal consumption targets, and possibly an overall target for carbon emissions.

In the longer term, efforts to shift the structure of China’s economy, transport system, and energy system away from coal and oil will be crucial. The environment ministry’s draft air pollution plan for the coming winter recently reiterated initiatives along these lines. The plan also proposes sizable closures of outdated industrial capacity by the end of the year.

As the climate crisis deepens, global attention will focus increasingly on China’s policies to reduce its greenhouse gas emissions. Carbon trading might develop into a significant policy tool in the future, especially if expanded to sectors where price signals are more effective at changing behaviour. But in the near term, there are more important Chinese initiatives for the outside world to focus on, and by which it should measure China’s commitment to tackling climate change.