A Chinese-built airport next door to a key Australia-US naval base?

Manus Island is a vital strategic location. Why is a Chinese company being paid to upgrade its airfield? 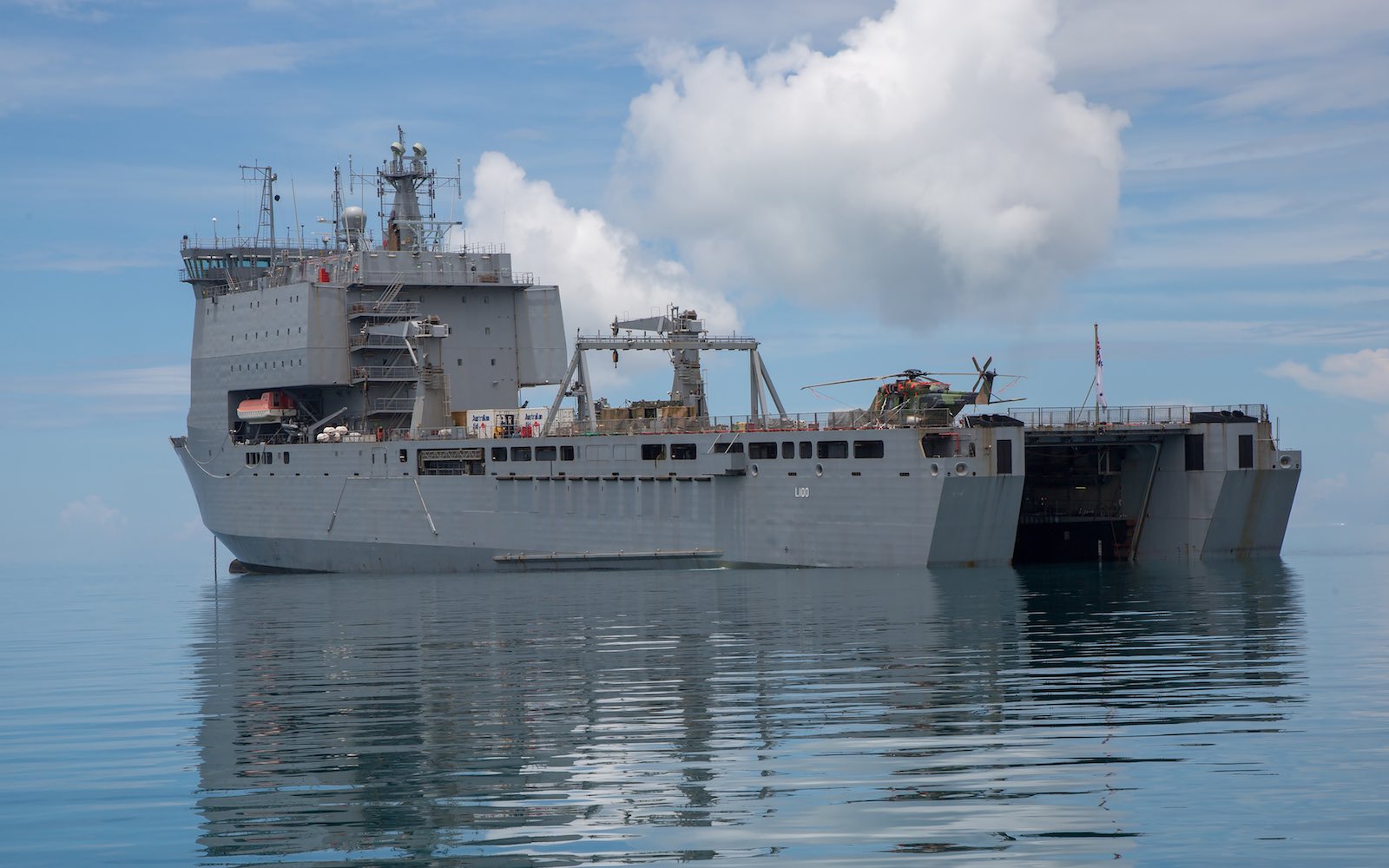 Judging by recent satellite imagery, it appears that significant progress is being made on an expansion and upgrade project at Momote Airport, the nearest airfield to Lombrum Naval Base on Manus Island in Papua New Guinea. The runway’s usable length has been extended by about 200 metres, precision landing aids appear to have been added to at least one runway, and the apron area has been expanded significantly, with more work clearly in progress.

Within the scope of the sharpening competition between China and its liberal democratic strategic competitors in the Pacific, Manus Island occupies a key location. While known most recently as an outpost for Australia’s asylum seeker policy, it was used extensively as an air and maritime base of operations during the Allied campaign in the southwest Pacific during the Second World War. Manus sits squarely astride the northern approaches to New Guinea (and thus to Australia), as well as lines of air and naval communication between US bases in the Marianas and the Antipodes.

During a visit to PNG’s capital of Port Moresby in 2018, US Vice President Pence specifically pledged American support to Australia’s efforts to upgrade facilities at the Lombrum base, part of a push back against expansion of China’s presence in the South Pacific.

So this seems like good news, then: progress on upgrading air transport infrastructure near a potentially critical naval facility. In fact, these upgrades are just the sort that strategic analysts have called for at the Momote Airport.

The devil – as in so many cases – lies in the details; specifically, who it is that is doing the work. It may surprise some to learn that the construction contractor is a Chinese company, specifically, China Harbour Engineering Company (CHEC). CHEC is, in turn, a subsidiary of China Communications Construction Company Ltd (CCCC).

If CCCC’s name sounds familiar, that is because it is one of the major Chinese firms that engaged in the construction of China’s massive – and highly controversial – artificial island bases in the South China Sea. CCCC has been singled out for potential sanctions by US officials, and has been specifically mentioned in proposed US legislation.

In terms of funding for the airport upgrade project, according to PNG’s National Airports Corporation (NAC), 90% of it comes from the Asian Development Bank (ADB). Moreover, NAC states that “actual works” – one supposes this means the construction contracts to CHEC – are paid by ADB. According to ADB’s most recent annual report, the bank’s two largest capital subscribers are, by far, Japan and the United States. Australia is the fourth-largest contributor, just behind the People’s Republic of China.

Some observers may say that it matters little who builds projects such as these, as long as the results are satisfactory and maintained under the control of sovereign and friendly democratic nations. To be sure, one can certainly understand local leaders’ desire (and ADB’s process) to have work done by the lowest bidder, assuming that the proposal meets technical standards and requirements.

But the results of the process fail to account for strategic considerations that matter increasingly in an era of competition between an authoritarian China and its democratic neighbours, as well as the fact that Chinese state-owned enterprises are competing with artificially low bids sustained by de facto state subsidies. The process also fails to consider that Chinese companies, particularly state-owned enterprises, are not like those of their liberal democratic counterparts.

As of 2015, as part of China’s distinct “military-civil fusion” strategy, state-owned enterprises are required by Chinese law to “provide necessary support and assistance to national security bodies, public security bodies, and relevant military bodies”, In particular, overseas logistical infrastructure development has been singled out as an area of focus for China’s military-civil fusion efforts, with civilian efforts intended to eventually transition to dual-use facilities.

For an airport facility such as this, one could imagine CHEC supplying the People’s Liberation Army with detailed logistical and design information, or perhaps installing equipment for surveillance of US or Australian military aircraft, or subtly modifying the project’s standards and construction to support use by key PLA aircraft types.

All of this reinforces how much more difficult it will be for liberal democracies such as Japan, Australia and the United States to engage in a geostrategic competition with a country that is as economically dynamic and intertwined as the PRC. For perspective, one could scarcely imagine that, during the Cold War era, NATO and its partner nations would have permitted the construction of critical transportation infrastructure by a Soviet state-owned company, and even less to have partially funded such a project with their own tax dollars. But such is the situation in which we now seem to find ourselves – one that is likely to be repeated.

In the meantime, while the first stage of the Lombrum naval base expansion has been completed, the agreement between Australia and PNG is now back under review amid reported unhappiness of parts of the PNG government with its implementation.

Show 4 Comments
Previous Article
In the Philippines, a political dance around constitutional change
Next Article
The Beirut explosion and the plight of Syrian refugees