Could China save the world?

It is difficult to imagine Xi Jinping brokering peace in Ukraine, but if China wants to be respected, this is a chance. 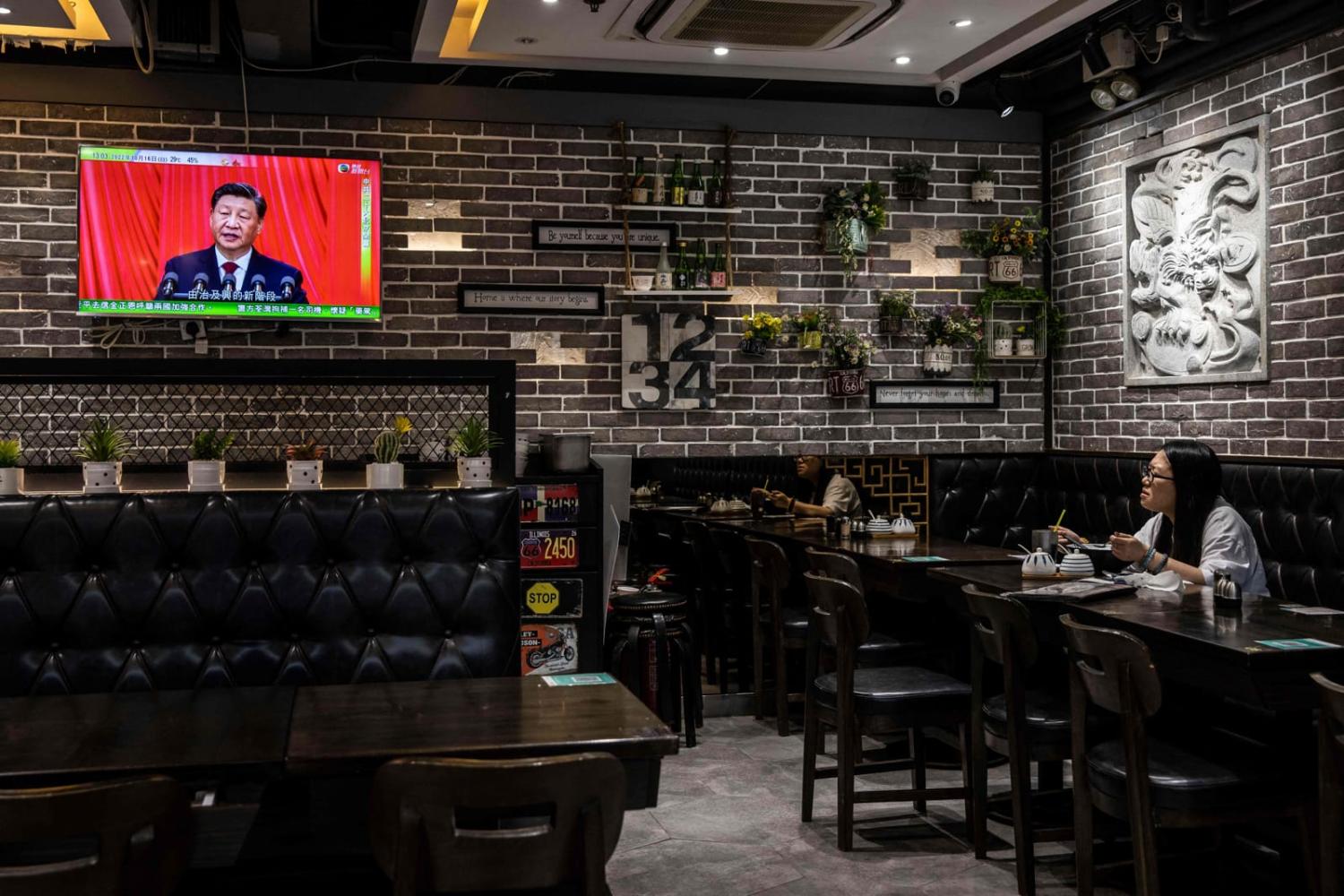 Xi Jinping may be the most powerful man in the world. His principal rival for that title – Joe Biden – presides over a dysfunctional political system in which effective domestic and foreign policymaking is difficult and contested. Xi faces no such internal constraints, a reality that is certain to be entrenched when he is given an unprecedented third term as China’s president at the 20th Chinese Communist Party (CCP) National Congress currently underway in Beijing.

The commentary in China surrounding this development is gushingly enthusiastic. Views in the broadly conceived West are predictably critical, if not alarmist. There is little doubt that the growing band of China hawks in places such as Australia and the United States will see Xi’s continuing dominance as a dangerous centralisation of authoritarian power that will further erode civil society in China and threaten the security of its neighbours.

To be fair, they’ve got a point. China is increasingly repressive at home and “assertive” abroad. Not the best time, you might think, for great expectations about China’s international role. And yet, if the world is ever going to address major collective action problems such as climate change, economic instability, or generally discouraging other states from believing that coercion pays, then China will have to be part of any possible solution.

True, China’s attitude toward Taiwan is not encouraging. And yet China’s “no limits” relationship with Russia, which might have looked to Beijing like a useful way of countering American hegemony, is rapidly turning into an instructive liability thanks to Vladimir Putin’s disastrous invasion of Ukraine. If nothing else, it may have encouraged to Xi rethink the feasibility of forcefully retaking Taiwan. Even the most powerful man in the world has to recognise the strengths and weaknesses of national power.

If someone doesn’t take the lead on brokering a negotiated settlement In Ukraine it’s hard to see how this all ends.

But if Xi can’t go down in history as the man who reunited China, what might he do that would win him plaudits and admiration at home and abroad? As Australia’s former prime minister Kevin Rudd can attest, Chinese policymakers don’t welcome gratuitous domestic and foreign policy advice, especially from relatively puny, presumptuous neighbours who are far too close to the United States. But there’s no harm in trying.

Given that Xi may be about the only international leader who Putin might actually listen to, China has the potential to play a potentially decisive role in bringing the conflict with Ukraine to a close. China has many reasons to want such a result: Putin is destabilising  Eurasia, uniting the Western powers, rattling the global economy, and potentially starting an apocalyptic conflict from which no country will be immune.

It's difficult to gauge Xi’s influence over Putin, but it’s likely to be greater than anyone else’s so a word in his ear about the futility and danger of this conflict could work, especially if some face-saving formula was part of the deal. Allowing Russia to keep some of the disputed territory in Ukraine might have to be part of this.

Plainly the Ukrainians will take some persuading to go along with this, but China may have some cards to play here, too. China currently has a superabundance of under-utilised capacity in construction as a consequence of its own domestic developmental excesses. What if China offered to send an army of construction workers to Ukraine to rebuild the cities that are currently being reduced to rubble by the Russians? If there’s one thing China’s good at it’s putting up lots and lots of apartment blocks in short order. It might also help to resolve China’s domestic over-capacity problems.

Could Ukraine’s government refuse such an offer? Another question might be: does anyone have a better solution? Difficult to see the Americans rebuilding Ukraine, especially given the degraded state of their own domestic infrastructure. The European Union might help, but they don’t look to have the leverage to persuade Putin to cooperate, whereas China just might.

No doubt most strategic hard-heads and realists will think this is fanciful nonsense. They’re probably right. But if someone doesn’t take the lead on brokering a negotiated settlement In Ukraine it’s hard to see how this all ends – other than badly, possibly very, very badly.

Yes, it is difficult to imagine China taking on this sort international role. But if Xi wants the People’s Republic to be recognised and respected as an influential global power, then this is a chance to put his money where his mouth is. After all, this is precisely what the Americans did in the aftermath of the Second World War when the Marshall Plan underwrote the highly successful resurrection of Europe – something that reinforced American dominance for the next half century or so, too.

Constructive Chinese leadership might work wonders for its rather diminished soft power, give “socialism with Chinese characteristics” a good name, and possibly even make its relationship with Australia a good deal better. After all, what justification would there be for a continuing strategic alliance against the country that brought peace in our time? Who knows, maybe we could even think of developing a collective response to the climate problem, which remains the greatest challenge of the century. Now that really is a bit fanciful.

Previous Article
Can China build a “community” for shared oceans?
Next Article
Under pressure: the present and future of international order

The language of cross-strait tensions

Beijing’s practice of arbitrary arrest and “hostage diplomacy” is prompting a backlash that may lead to a boycott.