Would the use of a lower yield atomic weapon really prompt the same catastrophic logic of escalation? 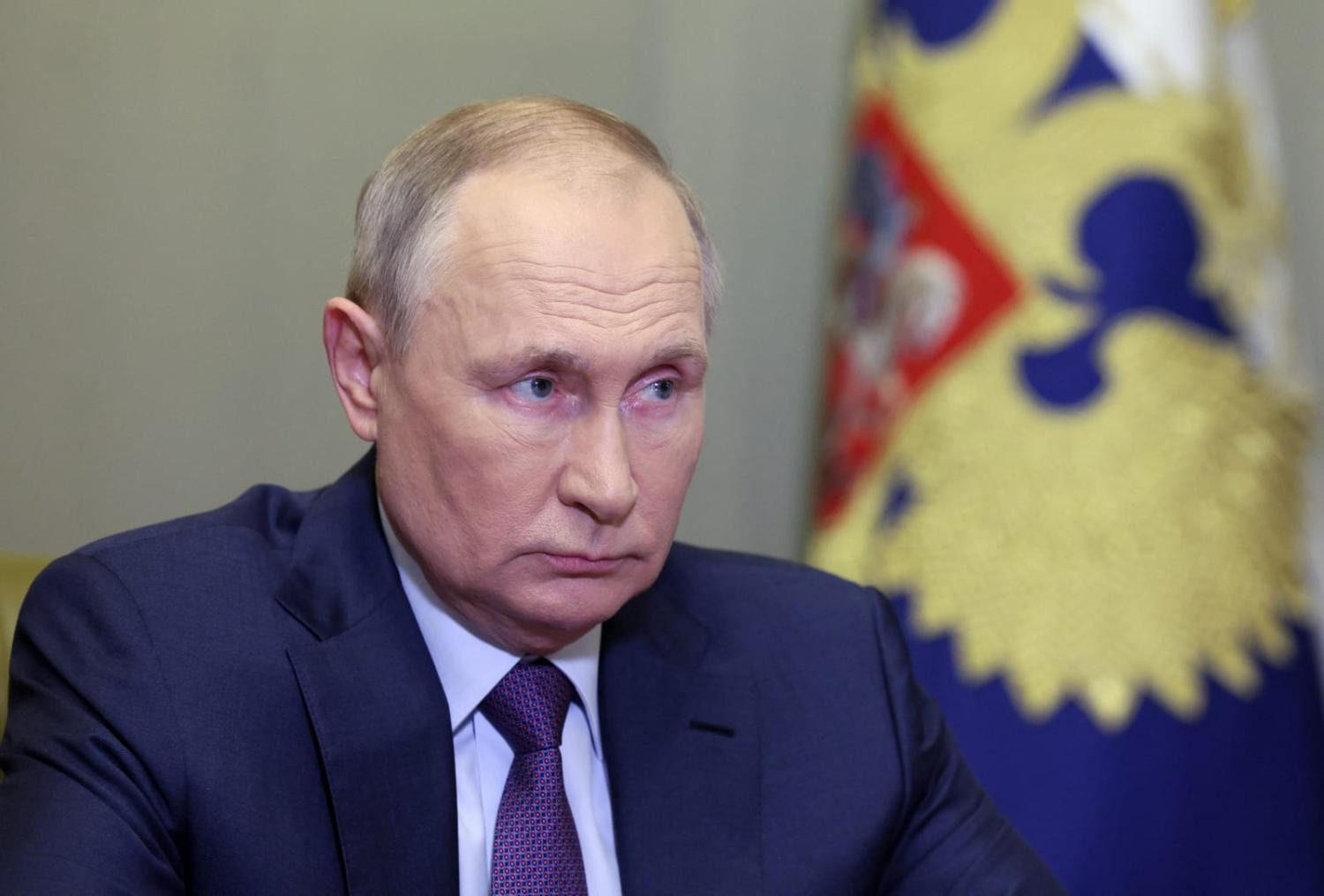 Your main aim is to show that Europe’s security order cannot be altered without Russia’s tacit approval. You must set NATO an intolerably high price for joining the fight against your “special military operation” in Ukraine. You must show everyone, especially the Russian people, that Moscow retains the capacity to foot it with Washington.

All of this means the ability to frighten the West is the sine qua non of Russia’s modern military power.

You’ve been here before, with ominous warnings. In 2014, a month after you had annexed Crimea, you ran an exercise involving some of Russia’s long-range nuclear systems which, if used in anger, could devastate targets in Europe and the United States. That told NATO to stay away from your campaign against Ukraine. With your many nuclear threats in 2022 you have been sending more frequent reminders of a similar message.

You want to show the West that its support for Ukraine has hit a wall.

Or perhaps, reflecting a different order of priorities, you are increasingly desperate to reverse Kyiv’s advances and the confidence that has spread among Ukraine’s North Atlantic supporters. You must raise the costs for the Ukrainian armed forces continuing to make ground in the east and south as they liberate more areas that until recently were under Russia’s illegal control.

You want to show the West that its support for Ukraine has hit a wall. You need to assure Russians that their country has an ace up its sleeve which Ukraine’s Volodymyr Zelenskyy has no chance of emulating. And hence the nuclear outcome that you are threatening is not to use one of Russia’s intercontinental systems but to detonate one or more of the smallest elements of Russia’s extensive nuclear arsenal upon Ukrainian territory.

Some of Putin’s allies appear to want the second of these threats, of a badly misnamed “tactical” nuclear strike, to be turned into awful reality in an even crueller version of Russia’s war with Ukraine, which has neither nuclear weapons nor membership in NATO.

Joe Biden has said that he does not think Putin would take that horrible step. But the US President’s earlier warning about potential “Armageddon” seemed more suited to the first, and even more cataclysmic, scenario. National Security Council spokesperson John Kirby has sought to calm the waters by confirming that Washington has not noticed any change in Russian behaviour that suggests a move towards nuclear use. But the President’s invocation of the 1962 Cuban Missile Crisis matches what we often assume regarding any use of nuclear weapons. The escalation would be drastic and almost immediate. Global calamity would ensue from the nuclear exchange that is bound to occur in a world of more than one nuclear-armed state.

This apocalyptic logic is connected with the taboo on nuclear use which has been in place for many decades. If all holders of nuclear weapons believe that catastrophe will occur as soon as a single nuclear weapon is used anywhere, the temptation to use just one or a few of them is outweighed by the enormous gravity of the consequences.

Might the first use of nuclear weapons since 1945 generate a less dramatic chain of effects than we often assume?

But can it be assumed that the United States would have the same response plan regardless of whether Russia decides to attack Ukraine with a very small number of its lowest yield nuclear weapons or launches a major long-range nuclear attack on one or more NATO countries? Would Washington “respond decisively” with the same “catastrophic” consequences for Russia – to use the words of Biden’s National Security Advisor – in both scenarios? Or is that something Washington wants Moscow to believe it might well be risking should it go nuclear in any way, shape or form?

Should Putin take that risk with the second scenario, the Biden administration would face a question that many would think belonged to a discredited strategy playbook from the early 1950s: how do we keep a war limited once the first nuclear weapon has been used? The US and its allies could restrict vertical escalation by making only non-nuclear attacks on Russian targets. But their entry into hostilities against Russia would still equate to a major horizontal escalation of a war that has so far been fought by two neighbours.

If Washington believed that it needed to avoid giving Moscow any justification for even larger nuclear strikes, and thus keep the war as limited as possible, might the first use of nuclear weapons since 1945 generate a less dramatic chain of effects than we often assume?

The breaking of the taboo on nuclear use would still be consequential. Diplomatically, the international response to Russia would be furious and nearly utterly unanimous. The strains that have been appearing in Russia’s relationships with China and India could become chasms. Perhaps only North Korea would support Moscow’s nuclear action.

The costs on the ground for Ukrainian soldiers and civilians could be horrendous, even though it is unclear what Russia would stand to gain militarily from causing that harm. That might give Kyiv, which is currently making the case for more hardware after this week’s bombardment, a compelling case for seeking forceful military intervention from the US and its allies. Social media, at least in the West, would be flooded with determination to make Moscow pay for its nuclear malfeasance.

Yet were Putin to make this terrible decision, the Biden administration might still have strong incentives to restrict Western involvement in the war. Such restraint might dismantle some of the all-or-nothing hypotheticals about the use of nuclear weapons which have helped sustain the taboo. That could be the necessary price for averting a globally catastrophic escalation.

Climate change is producing and circulating more dust, with surprising impacts on river flows and the spread of disease.
Norman Bell 8 Nov 2016 09:20

Did the FBI swing the US election?

What effect has the 10 days of uncertainty had? Clearly Comey’s initial comments helped Trump. Was his 6 November finding too late to help Clinton?
Gedaliah Afterman 9 Jun 2017 10:15

China has tried to bypass regional strategic and ideological divides by both preserving its ties with Iran and getting closer to Saudi Arabia, Egypt and Israel.