Covid-19: from crisis to closure?

Moving from pandemic to endemic, many countries have not learnt the lessons of disease preparedness. 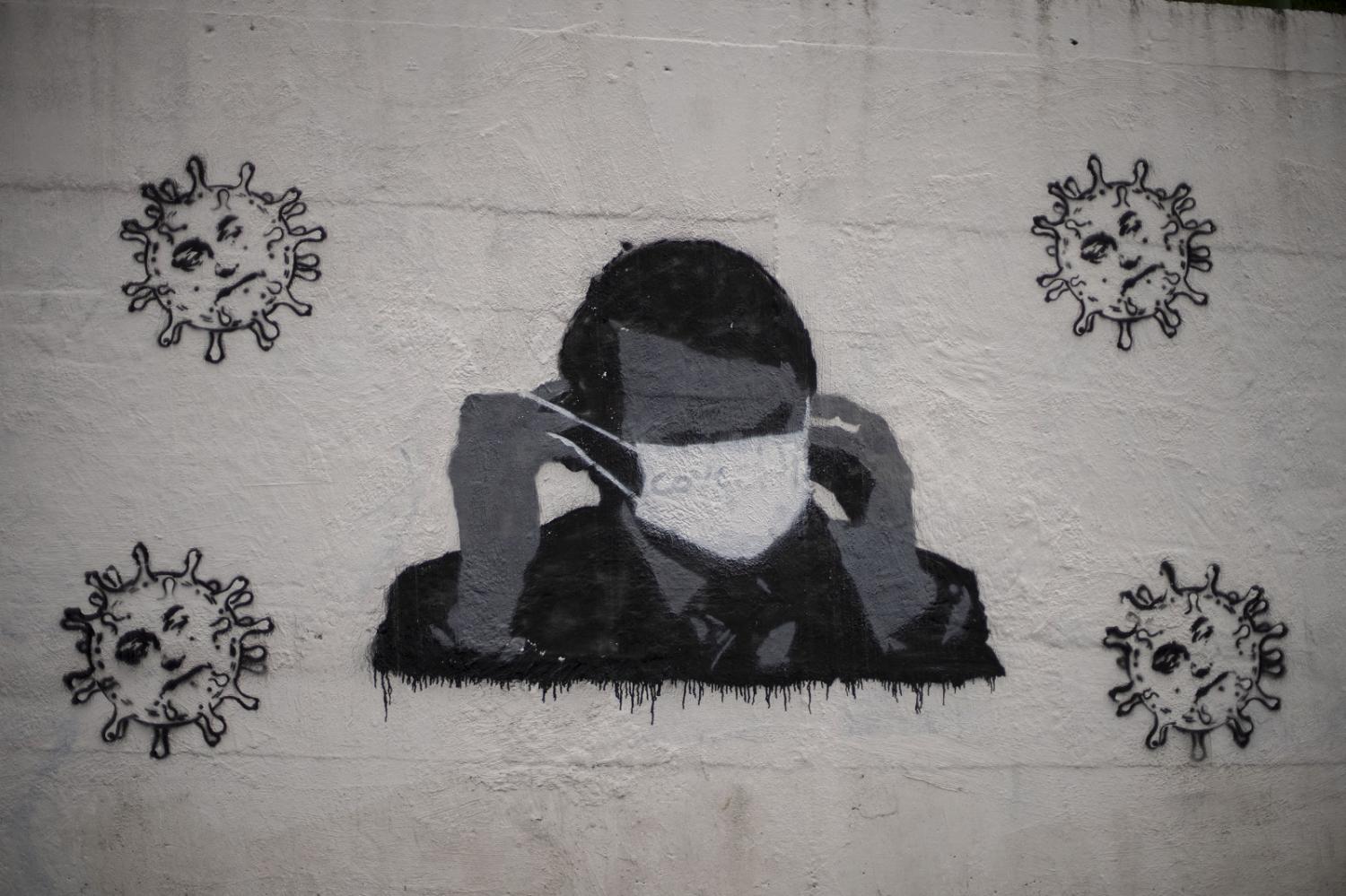 Since 2020, there have been more than 645 million cases of Covid-19 and 6.6 million deaths, with many more unreported (Mauro Pimentel/AFP via Getty Images)
Published 21 Dec 2022     Follow @philippabarr_

Covid-19 is still making people sick. As of December 2022, according to the World Health Organisation, there had been more than 645 million cases and 6.6 million deaths from the virus, with many more cases unaccounted for. However, as recently as September this year, the WHO announced that the world was “on track” to end the Covid-19 pandemic as the mortality rate had sunk to its lowest level since March 2020. An article in The Lancet claimed, “After the omicron wave, Covid-19 will return but the pandemic will not.”  Nonetheless, the WHO admits that people will continue to become ill with omicron and new variants emerging around the world. There will be no immediate cessation of disruption, death and uncertainty.

Is the pandemic over or not?

This apparently contradictory tension was addressed in a September 2022 WHO announcement indicating that what is really coming to an end is the emergency phase of the pandemic. Covid-19 is transitioning from an international state of emergency to a chronic acute respiratory disease that is incorporated into routine management through local healthcare systems.

Yet the effects of the pandemic are certainly far from resolved. Gavi, the Vaccine Alliance, has described the ongoing exacerbation of inequality as a result of Covid-19 as a “shadow pandemic” that may last for years to come. The exacerbation is confirmed by a data study published in Nature in June. The World Bank estimates an additional 75 million people will end up with incomes of less than US$1.90 per day as a result of the pandemic, and lacking healthcare, housing and employment.

The WHO announcement included six policy briefs to manage the ongoing effects of Covid-19. Yet national healthcare policies cannot necessarily control the international capacity of the virus, nor the unequal capacity of different countries to manage it. A meta-analysis published in BMJ Global Health in May found that the burden of Covid-19 was highest in developing countries, which suffered almost double the fatalities of high-income countries, for the most part due to lack of access to healthcare. Leaving national healthcare systems to manage the response will therefore reproduce inequality and reduce efficacy. A Nature article published in March argued that nations across the African continent are not prepared for endemic Covid-19. According to the Africa Centres for Disease Control and Prevention, only 25.6 per cent of the 1.4 billion people on the continent are fully vaccinated. Large countries such as Democratic Republic of Congo and Sudan have some of the lowest rates, at under ten per cent. Liberia is one of the only countries with a vaccination rate above 70 per cent, though many countries in the south of Africa such as Mozambique, Tanzania and Botswana have vaccinated 40–70 per cent of their population.

In many low-income countries, the total annual healthcare budget per person is just US$41. This strict limit may compromise efforts to manage Covid-19 through national healthcare systems. And there is insufficient aid to compensate for the deficit. Nature has estimated that the Access to Covid-19 Tools (ACT) Accelerator partnership requires US$16 billion annually to support poorer countries with tests, treatments, vaccines, funding for clinical trials, oxygen and personal protective equipment.

In November, the WHO published its 2022 Global Vaccine Market Report, which concluded that while the event of Covid-19 showed that the world had the potential to rapidly develop and scale vaccine production, ongoing inequitable distribution undermined the effectiveness of national vaccine programs.

The challenges faced by Covax have reinforced arguments for better distribution of vaccine manufacturing capabilities around the world.

Covax was the multilateral global initiative set up during the beginning of the Covid-19 pandemic to stimulate investment in vaccine research and production and to guarantee a share of doses among member countries through procurement. However, while Covax delivered 910 million vaccines, 543 million of which were donated, it switched strategies from procurement to “dose-sharing”, allowing countries to contribute their leftover doses rather than ordering them directly from the manufacturer. This was by necessity. By the time Covax had sufficient finance, it was too late to place orders with manufacturers. Rich countries with more contingency funds placed simultaneous advance orders with a range of suppliers, hoarding vaccines and preventing Covax from placing advance orders. To avoid allegations of hoarding, many of these countries donated some of their excess vaccines, yet these donations were often late, in insufficient quantities or too close to expiry to be materially and logistically useful. There was a focus on vaccine diplomacy and doses earmarked for specific recipients, which undermined Covax’s geographic agnosticism.

WHO Director for Health Emergencies Mike Ryan argues that the failure of Covax was not due to poor governance or design, but because rich countries did not share or act with integrity. Others argued that using health as a means to promote foreign, security or economic interests was primarily about reputation management rather than improving outcomes for recipient countries, or indeed reducing the intensity of the pandemic.

The challenges faced by Covax have reinforced arguments for better distribution of vaccine manufacturing capabilities around the world. The establishment of mRNA vaccine and pharmaceutical manufacturing capacity is also crucial to pandemic preparedness in regions such as Africa – an issue described as “pharmaceutical sovereignty”. One example of a step forward in this process is the WHO mRNA technology transfer hub in South Africa, which has produced a facsimile of the Moderna vaccine, and has been earmarked for work on the HIV, TB and malaria vaccines. However, some agents in the pharmaceutical industry have objected to this innovation, with The British Medical Journal reporting that consultants for BioNTech criticised the WHO venture for locally produced vaccines, stating it could infringe patents. Instead, they advocated for importation of vaccines manufactured in Europe. Yet a multinational Delphi consensus study published in Nature recommended the development of regional manufacturing hubs for Covid-19 supplies, treatments and vaccines and it would appear to be one of the only ways to overcome the ongoing logistical and supply problems with vaccine distribution.

What can we learn?

As The Lancet claims, the world has not learnt the lessons of the Covid-19 pandemic. Poor distribution and production of the monkeypox vaccine following the emergence of that virus is evidence of the failure, as is the currently limited supply of oral cholera vaccine and a recrudescence of polio in the United Kingdom and United States. Rich countries continue to act as if disease outbreaks are a domestic problem, rather than an international one.

In May 2022, the WHO outlined ten proposals for strengthening the “global architecture for health emergency preparedness, response and resilience”. These proposals range from governance of health emergencies and strengthening emergency coordination and surveillance networks to pandemic preparedness and contingency funding. Yet there may also be a need to reform the governance structures of the institutions that have emerged from or have been required to deal with the pandemic. While the institutional mission of Covax remains salient, global health governance analysts argue that specific governance models should be reformed so that institutions can meet their core objective, that is to distribute vaccines globally with the speed required to prevent the spread of disease. As the emergency phase of the pandemic comes to an end, it will be just as important for international institutions and national healthcare systems to learn the lessons of Covid-19 and manage its ongoing impact.

Man on a mission: Biden’s withdrawal from Afghanistan

The removal of US troops from Afghanistan was in Joe Biden’s sights long before he was president. But what next?
Rahul Mishra, Peter Brian M. Wang 2 Nov 2022 05:00

Beyond escaping floods and crowds, the location of the new capital will have economic and geopolitical ramifications.
Erin Hurley 13 May 2020 13:00

State and local officials have acted effectively to address the crisis, but they’re on their own, with no end in sight.