Power and rank offer no immunity to the coronavirus. What is a leader supposed to do? 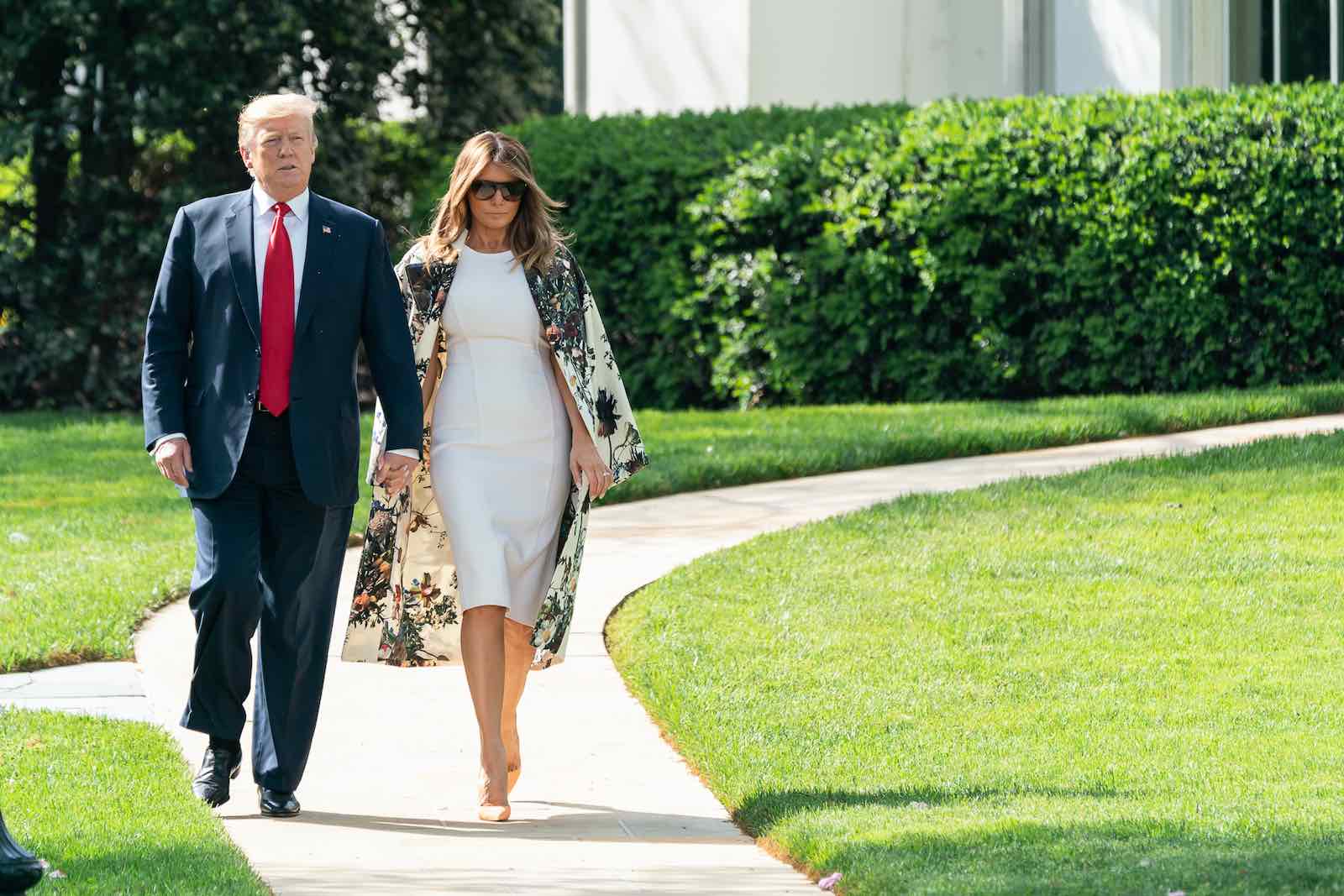 In light of news Donald Trump has his wife Melania have tested positive for Covid-19, we have re-issued this article first published in The Interpreter on 31 March outlining the challenges of protecting leaders from infection.

Since the onset of Covid-19, we have entered a twilight world few would have expected to witness outside of popular dystopian fantasies. While we are now receiving a steady stream of public updates on the virus and what we should be doing, we have seen a worrying trend of increasing numbers of leaders and significant others around the world succumbing to infection by the virus.

What are our leaders doing to protect themselves to enable them to lead us to the other side of this crisis? Is there a different standard of elite leadership security between that of totalitarian regimes and that of democracies?

Until recently, many would have considered the security practices of North Korea’s Kim Jong-un’s close personal protection team, in which they ensure the isolation of their Supreme Leader, as being slightly paranoid and overdone. But the Kims have long embraced a variety of protective measures, from the medieval to the modern, to safeguard their leadership dynasty – everything from the use of food testers to simply fleeing to more isolated areas of the country. Other tyrants are also ensuring they are not exposed to the virus, with Vladimir Putin reportedly being vigilantly subjected to 24-hour protection and putting on a yellow hazmat suit to visit patients in an infectious diseases hospital.

How have persons of such eminence and importance fallen ill to infection so relatively early in the crisis? Is it a personal failing born of braggadocio, or a failing of those responsible for protecting them?

Perhaps leaders in the democratic world should be a little more attentive to their personal health and safety to enable them to attend to their responsibilities. Reports of US President Donald Trump’s cavalier and blasé attitude and misinformed statements are a concern for not only his security but also those who look to him for leadership and a pathway out of this crisis. It seems some of the more authoritarian approaches to this crisis and their expertise, as exhibited in China, are being sought after, rather than looking to the US for leadership.

The list of the free world’s political class, including royalty and other elites, succumbing to infection is steadily rising with the addition of Britain’s Prince Charles, UK Prime Minister Boris Johnson, and Health Secretary Matt Hancock. Other European elites include European Union chief Brexit negotiator Michel Barnier; Begoña Gomez, the wife of the Spanish prime minister; and Prince Albert of Monaco. Spain’s Princess Maria Teresa is the first royal to have died of the coronavirus, and there are reports of a servant of the British Monarch being infected.

Over the last 24 hours I have developed mild symptoms and tested positive for coronavirus.

I am now self-isolating, but I will continue to lead the government’s response via video-conference as we fight this virus.

Together we will beat this. #StayHomeSaveLives pic.twitter.com/9Te6aFP0Ri

Many of these political elites are far from the heady days of youth. Senior members of the British royal family seem particularly susceptible, and the failure to protect Prince Charles has already tepidly entered debate in the media. The irrepressible Boris Johnson fell ill to the virus despite his almost Churchillian words of resistance. Ditto from our own Peter Dutton, with his specially trained Australian Federal Police (AFP) close protection officers being tested for the virus.

Regionally, the chief of the Philippine Armed Forces has tested positive for the virus, while other senior officials from around the world, such as the Iranian Vice President and two Ministers, have been stricken.

How have persons of such eminence and importance fallen ill to infection so relatively early in the crisis? Is it a personal failing born of braggadocio, or a failing of those responsible for protecting them? This pandemic is new, but the idea of our leaders succumbing to contagion, chemicals, or poison is certainly not. In the aftermath of 9/11, we found governments and leaders threatened via diverse means, including anthrax, and the responses to protect against these methods involved biological security measures.

Of course, if we go back to the 1918 flu pandemic, to which the current crisis is being compared, we also had a situation in which the public and leaders alike had to respond to an invisible enemy. Hundreds of years ago, records suggest a popular biological warfare method was to catapult the body of a deceased person infected with plague into the midst of the enemy’s town square, although the actual efficacy of this method is contested.

Chinese president Xi Jinping spotted with a face mask (not N95!) in a Beijing neighbourhood. His first public appearance since the #CoronavirusOutbreak https://t.co/5jqQe39JVe pic.twitter.com/9GRHHsh9sG

Our modern cities don’t see the invisible enemy introduced into our midst as vividly as our medieval forebears did, and apparently some of our leaders (e.g., Trump) have been as blinkered as the revellers in Florida or on Sydney’s Bondi Beach. The until recently, confusion about the virus was evident at the highest levels, with journalists David Speers and Peter van Onselen drawing out the inconsistencies two weeks ago the ABC Insiders program. Van Onselen tweeted that he had seen the Chief Medical Officer shaking hands just prior to being telecast.

In this time of crisis, we need leadership, and that means we need leaders who will be around to get us to the other side of this catastrophe as the predatory virus plucks off more politicians and reduces the herd of political elites. Fortunately, over the last week in Australia we have seen some robust leadership seeking to instil an iron rod in our collective security spines and move beyond impotent statements of intent and clumsy incongruencies in statements from our state and federal political elite.

As the pandemic continues to claim new victims, there will be more political figures added to this list. Perhaps it might benefit all of us during our time in isolation to grapple with the miscellany of the politics of the pandemic. In this regard, a timely book published on the cusp of the pandemic by an academic at the London School of Hygiene and Tropical Medicine who previously modelled Ebola and Zika outbreaks might be worthwhile reading for a growing list of leaders who are self-isolating and quarantining. After all, we do not wish to choose the totalitarian measures inducted in Wuhan simply because our leaders were a little slow off the blocks to protect themselves and our communities. 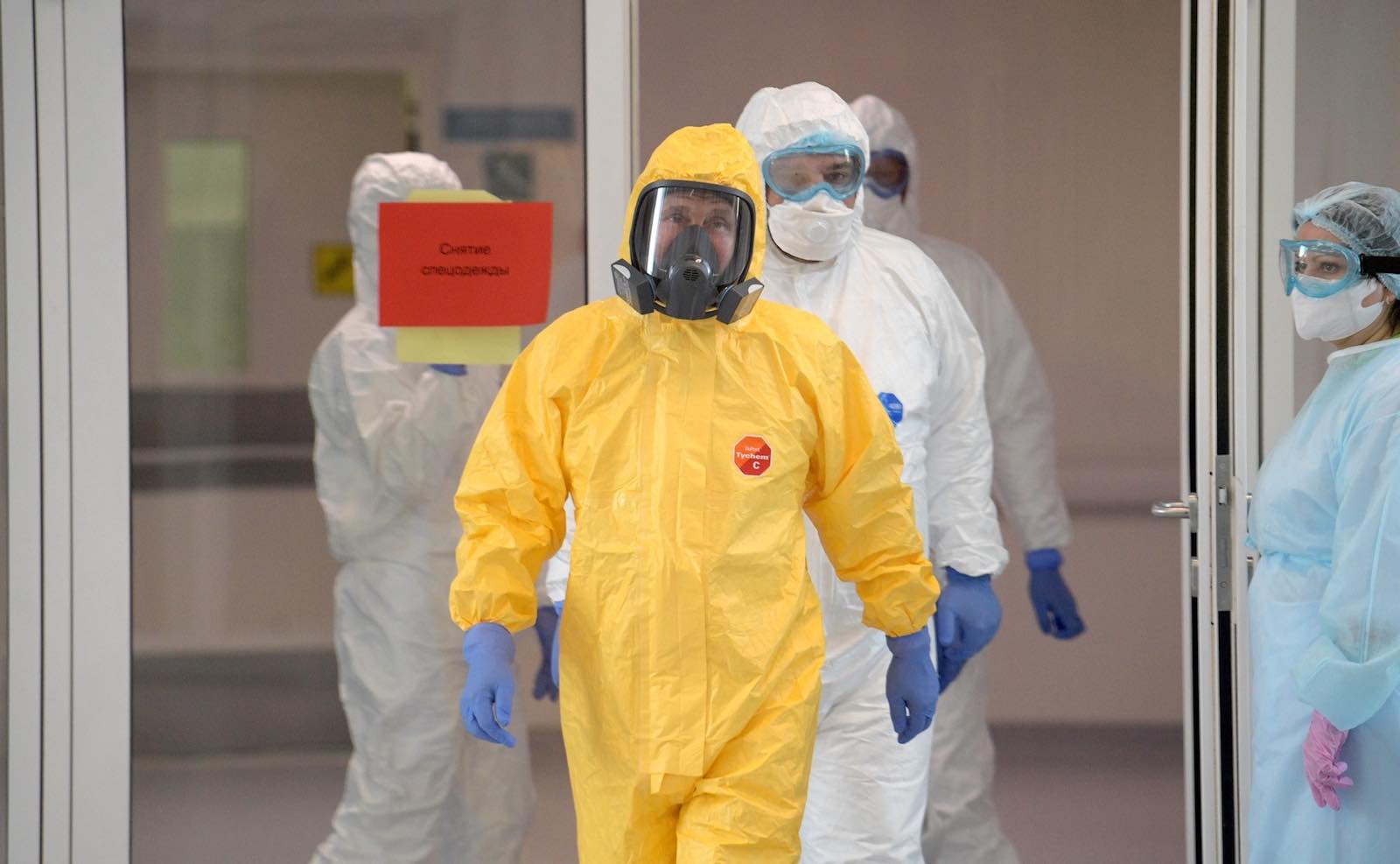