A fast end to an era of political dominance in Samoa

The Human Rights Protection Party has been in power almost continuously for nearly 40 years. Perhaps no longer. 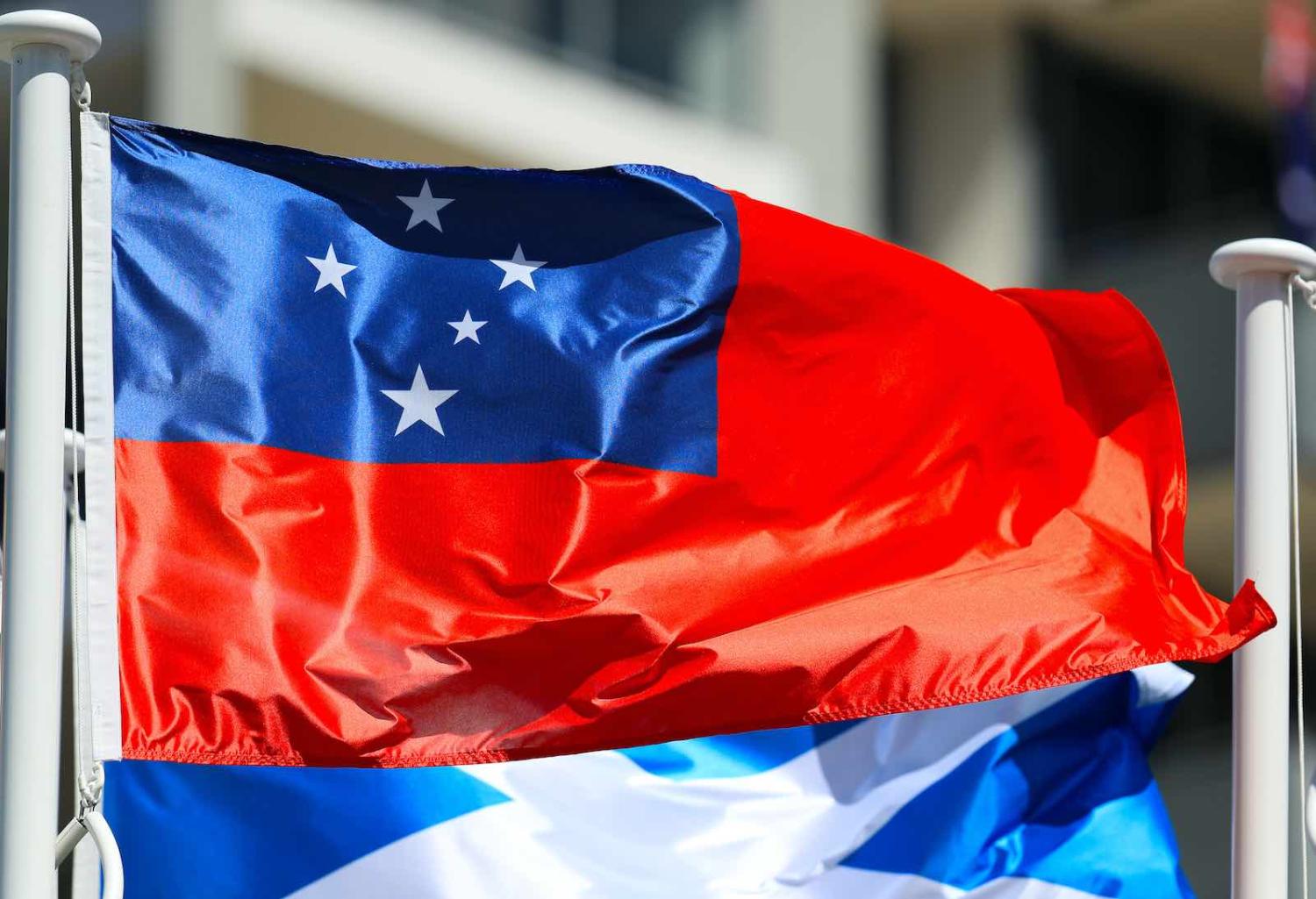 Samoan elections are usually as predictable as they come: while there are invariably upsets in individual seats, the same party – the Human Rights Protection Party (HRPP) – has been in power almost continuously since 1982. Leading up to the 2021 election, Prime Minister Tuilaepa Sailele Malielegaoi was the second longest-serving prime minister in the world, having been in the role since 1998. In Samoan politics, stability has long been the watchword, which makes the result of the 2021 election in the small Pacific Island state nothing short of a political earthquake.

Preliminary results from Friday’s poll show the HRPP and an opposition party, Fa’atuatua i le Atua Samoa ua Tasi (FAST), in a dead heat, with 25 seats each. The remaining parliamentary seat looks to be held by an independent, Tuala Tevaga Iosefo Ponifasio, putting him in the position to decide the country’s next prime minister.

The result is all the more remarkable given that FAST was registered less than a year ago; its leader, prominent political figure Fiamē Naomi Mata’afa, only assumed the role in March. FAST’s strong showing in the election means that she is on the cusp of becoming Samoa’s first woman prime minister, and only the second woman head of government ever in the Pacific Islands.

How did this happen? Until September last year, Fiamē was a member of the HRPP, which she had first joined in 1985. A senior figure in the party, she became Deputy Prime Minister after the 2016 election. But a controversial series of new laws strengthening the authority of the Land and Titles Court (LTC), a forum that deals with issues of customary land rights and chiefly titles, created a rift in the HRPP.

Opponents argued the move deliberately damaged the judicial system, weakening the status of the Supreme Court as a constitutional “check and balance” in the conduct of the LTC, and that it sought to dictate the affairs of Samoan families by imposing a statutory limit of five Matai Sa’o (senior chiefs) per family. While the Tuilaepa government had made controversial changes before without suffering electoral repercussions – such as changing the side of the road that vehicles drive on in 2009, jumping across the international dateline in 2011, and introducing a parliamentary gender quota in 2013 – this proved different.

While unable to vote, Samoans overseas made their voices heard on social media and through financial donations.

In the fallout, two HRPP members, Laaulialemalietoa Leuatea Polataivao and Faumuinā Wayne So’oialo, quit the party in early 2020 and the FAST party was formed in July. In September, Fiamē resigned from Cabinet after announcing she would vote against the bills; she officially joined the party in early March 2021 and became its leader.

In Samoa, politics is highly personalised. With small, close-knit constituencies, voter choice has tended to be influenced more by personal relationships than by party policy. Yet FAST chose to run a party-based campaign, deliberately presenting itself as an alternate government, with roadshows and outreach programs in all the constituencies broadcasted live on social media. In this it was supported by Samoan communities in New Zealand, Australia, the United States and even neighbouring American Samoa – while unable to vote, Samoans overseas made their voices heard on social media and through financial donations.

FAST’s strategy seems to have paid dividends, particularly in the more isolated of Samoa’s two main islands, Savai’i, where they managed significant upsets.

The tight result shows that support for the HRPP, while diminished, remains significant. Yet it also suggests a reluctance to adapt to a changing political context that has spelled the end of its four decades of almost complete electoral dominance in Samoa. Historically, the HRPP has run multiple candidates in electorates – either formally endorsed, or unofficially affiliated with the party. In the past, this has been an incredibly effective strategy, allowing voters the autonomy to dump unpopular incumbents while still remaining under the HRPP umbrella. While elections commonly resulted in significant turnover, including among the senior ranks of the HRPP, the party nevertheless always secured majorities of around two-thirds of parliamentary seats (and, in the 2016 election, over 90%).

Failure to change this strategy in the face of the threat from FAST has proved costly for the HRPP. In the 2021 election, the HRPP endorsed 105 candidates for 51 seats. FAST, in contrast, generally put forward only one candidate per seat. In many constituencies, vote-splitting among HRPP candidates has allowed FAST to take the lead.

The final results have yet to be declared in Samoa, and the formation of government looks to be a long process. Even once the results are in, court challenges that seek to overturn election results are not uncommon, and in a close election like this will be more closely watched than ever. Tuilaepa has already indicated that he plans to take legal action against FAST. While the outcome of the election is still far from certain, it is clear that Samoan democracy has undergone a fundamental shift.

Previous Article
Dili floods a costly consequence of poor urban planning
Next Article
Iran-US-Israel: Boxing out of the shadows

The only truly national sport is bound to local identity – but believing in exceptionalism is a dangerous game.
Shivangi Seth 14 Jun 2022 11:53

Sending women to serve as peacekeepers is laudable. But at home, women continue to be marginalised.
Euan Graham 29 Jun 2017 09:40

Does Te Kaha’s frontline integration at the pointy end of Washington’s maritime 'big stick' constitute a signal of recharged ANZUS alliance cohesion, in the direction of China and North Korea?