Iran-US-Israel: Boxing out of the shadows

Gradual progress in talks to revive the nuclear deal may be dealt a blow by a series of “grey-zone” attacks. 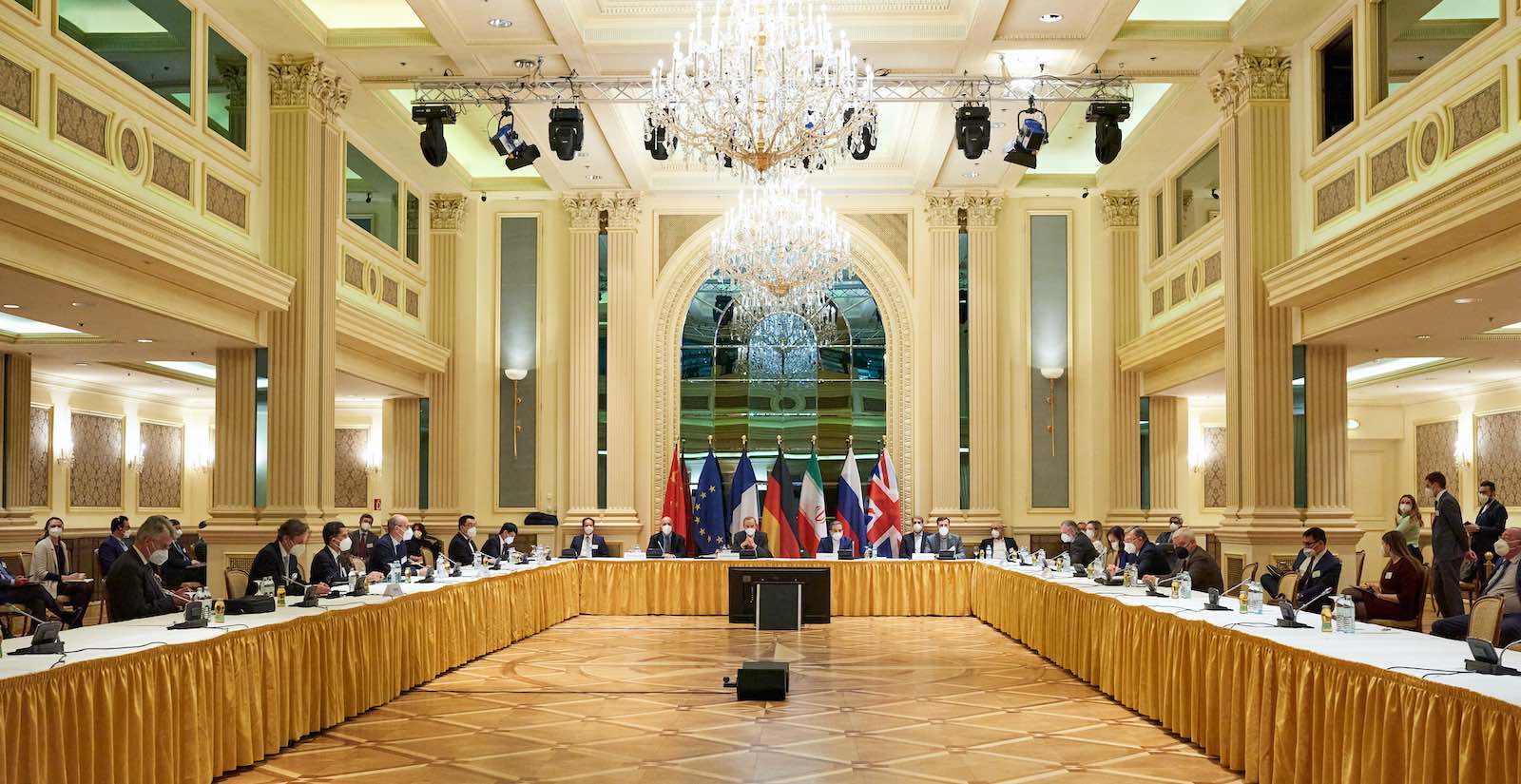 Just as the negotiations between Tehran and Washington appear to be making some, albeit slow, progress over the United State rejoining the nuclear deal known as the Joint Comprehensive Plan of Action, several incidents between Israel and Iran have again highlighted just how actively the two countries are engaged in a campaign of “grey-zone warfare”.

Iran has been blamed for several attacks on Israeli-owned merchant ships, including one last month in waters near Oman, while Israeli forces are alleged to have last week attacked the Iranian vessel Saviz in the Red Sea. Israel is also suspected to be responsible for an explosion on Saturday that apparently destroyed the internal power system at the Natanz nuclear facility in Iran, leading to a widespread blackout.

The timing of these attacks raises questions about the ultimate aim. The Saviz, said to be a “spy ship” used by the Iranian Revolutionary Guards Corps, has been anchored in the Red Sea in international waters off the coast of Yemen since late 2016 so could have been targeted at any stage. The fact that the attack occurred the same day that the nuclear talks began in Vienna cannot have been a coincidence. Given that Israel’s Prime Minister Benjamin Netanyahu vehemently opposes the nuclear deal with Iran and has lukewarm relations with the Biden administration, it doesn’t take much imagination to assume that the attack on the Saviz was designed to make the job for Biden negotiators in Vienna just that little bit more difficult.

It is hard to see how the Biden administration would appreciate this complication at such a delicate time in negotiations.

The sabotage of the Natanz nuclear facility may also be seen in that light, although the case for discerning Israel’s intentions is less clear-cut. News of the explosion also coincided with the nuclear negotiations in Vienna. But it was also the same time as US Defense Secretary Lloyd Austin was making a visit to Israel, the highest-ranking official to do so under the new administration.

So if the Natanz attack was carried solely by Israel, perhaps it was a way of sending a message that it reserved the right to take unilateral action against Iran’s nuclear facilities regardless of what Washington thinks. Or perhaps it was because Tehran had just unveiled a series of new centrifuges at the site. There is an argument that the sabotage has reduced Tehran’s bargaining power at the Vienna talks and hence has made the negotiations easier for Washington. And Washington and Tel Aviv have certainly reportedly cooperated in the past to sabotage Iran’s nuclear enrichment facilities.

But Washington has emphatically distanced itself from the action, and it is hard to see how the Biden administration would appreciate this complication at such a delicate time in negotiations. Nor does the resulting damage to Iran’s centrifuges likely represent the type of setback to nuclear enrichment that having Tehran recommit to the JCPOA would achieve.

Austin’s visit and subsequent announcements have reiterated Washington’s commitment to Israel’s security. But there is no doubt that the nuclear deal with Iran is, and will remain, a burr in the saddle of US-Israel ties. Whatever “game” is being played at the moment, it is likely that relations between the Biden administration and the Netanyahu government won’t be close any time soon.

Show Comments
Previous Article
A fast end to an era of political dominance in Samoa
Next Article
With Olympic snub, North Korea returns to isolation