A flare up in China’s deliberate pattern of aggression

The intercept of an Australian patrol over the South China Sea escalates a “grey zone” conflict to a dangerous level. 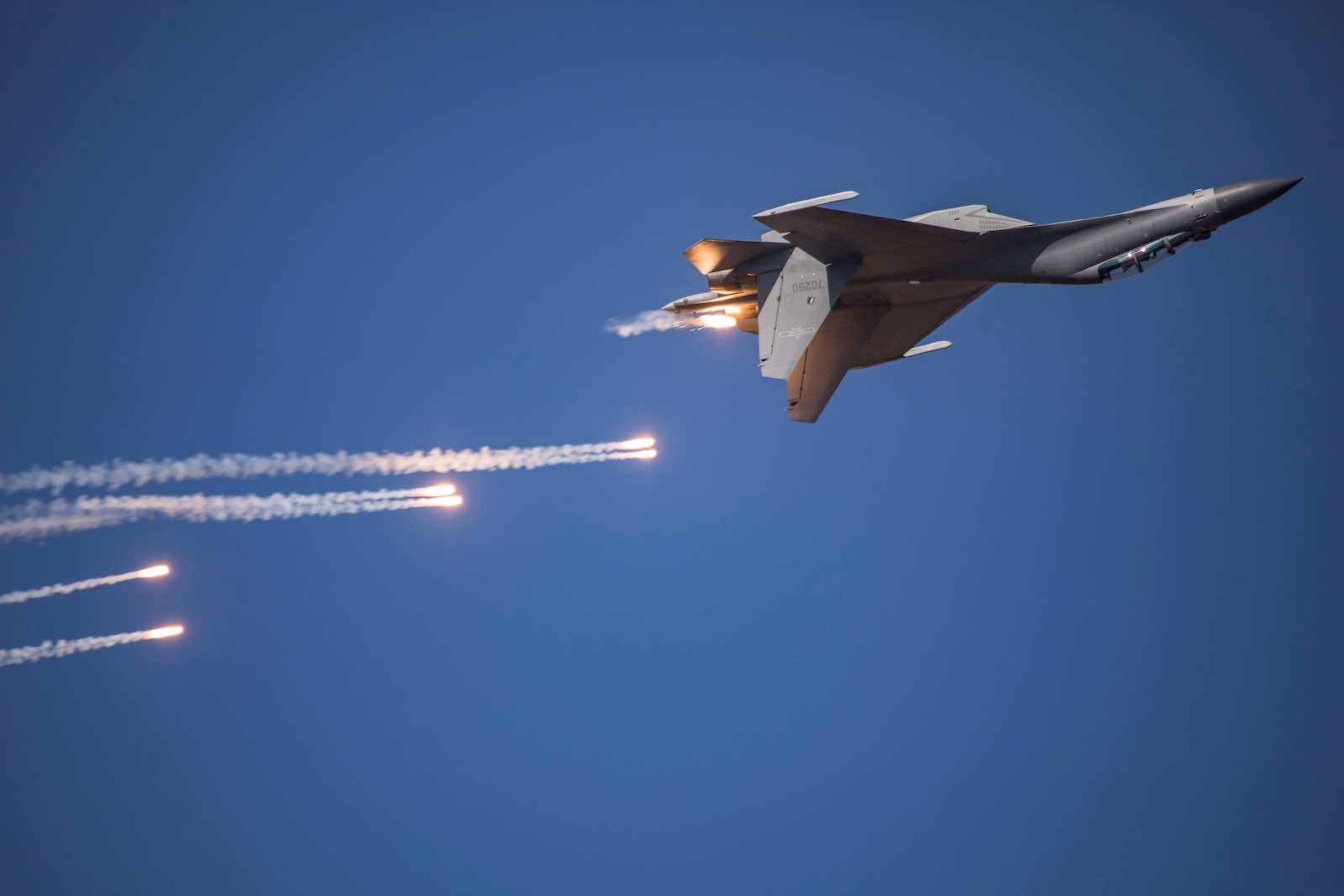 It’s time to be alarmed not just alert. On Sunday, Australian Defence Minister Richard Marles revealed a “very dangerous” intercept by a People’s Liberation Army Air Force’s (PLAAF) fighter of an Australian P-8 maritime patrol aircraft took place on 26 May over the South China Sea. The P-8 aircraft was flying in international airspace at the time, well outside territorial waters. Australia has conducted maritime patrols in the area for several decades – the P-8s flight was unremarkable, the J-16 fighter’s aggressive moves anything but.

The 2020 Defence Strategic Update earlier fretted about China’s grey zone activities. This intercept suggests the Chinese Communist Party (CCP) is now escalating these, with a possibility of another collision as occurred in 2001 with a US Navy aircraft.

Grey-zone conflicts involve the purposeful pursuit of political objectives through carefully designed operations, a measured movement towards the objectives rather than seeking decisive results within a specified time. By acting to remain below key escalatory thresholds so as to avoid war, the grey zone involves the use of all the instruments of national power, particularly non-military and non-kinetic tools.

Grey-zone actions don’t just happen. They are implemented in a carefully designed campaign plan controlled by the CCP high-level leadership and strategic-level military commanders. Grey-zone actions are not those of tactical commanders freelancing. Instead, they are carefully scripted brinkmanship.

China’s purposeful olive branch media announcement attempting to suggest that Australia needs to respond by adjusting its approach will now be drowned out by global media reaction to Chinese military aggression.

The intercept of the Australian P-8 is not unique. Over the last month, the PLAAF has also begun intercepting Canadian maritime patrol aircraft that serve to enforce UN Security Council sanctions against North Korea – and to which the China has formally agreed with. The Australian case is similar in that the fighter flew very close alongside the P-8, and then dove in front, trying to make the P-8 turn away to avoid a collision. The J-16 fighter involved is highly manoeuvrable, whereas the P-8 in being a modified Boeing 737 commercial airliner is not.

For the Australians, there was a further escalatory twist. The PLAAF fighter ejected flares while alongside the P-8 and then carefully positioned itself to dispense chaff – thin aluminium foil strips – so they would be ingested by the P-8’s engines. This appears the first time such actions have seen or at least been publicly revealed.

The aggressive use of chaff is notable. It could cause some minor damage to the fan blades of the P-8 – in a worst-case scenario, the engine impacted could need to be shut down. The P-8 is a twin-engine, so this should not mean the loss of the aircraft. Instead, chaff ingestion is likely to be treated by the P-8 aircrew as being akin to a bird strike. Accordingly, the P-8 would return to its operating airbase to have the engine checked. The fighter would have caused the patrol to be ended.

There are three significant implications from this event.

First, China is now taking increasingly aggressive actions that are a clear deviation of the pattern of the last several years. China is now “pushing the envelope” and in keeping with being a part of a long-term plan. Other aggressive actions may now be undertaken, possibly including regularly crowding of disputed areas of the South China Sea with massed naval forces, declaring Air Defence Identification Zones across specific grey-zone areas, radar targeting other nation’s naval warships and military aircraft, and periodically electronically jamming civil and military radars and jamming GPS occasionally. Such future possibilities are further discussed in my “China’s Enduring Grey Zone Challenge” published by the Air and Space Power Centre.

China will be hoping that foreign military aircraft faced with an ongoing threat of collision or damage will be gradually forced out of the South China Sea.

Second, the aggressive use of PLAAF aircraft appears aimed to support its sweeping claim to the South China Sea under the so-called “nine-dash line”. The CCP has recently passed laws that apply Chinese domestic law to the area within its nine-dash line gambit, but which is actually international waters and airspace open to all. The PLAAF J-16 aircraft is a long-range, twin-engine fighter and can allow such intercepts to be undertaken by China on a regular basis. China will be hoping that foreign military aircraft faced with an ongoing threat of collision or damage will be gradually forced out of the South China Sea. If so, with China’s activities increasingly less challenged, other countries may gradually come to accept, or at least acquiesce to, China’s extraordinary territorial claims.

Third, China’s timing befits a “wolf warrior” nation with diplomatic norms quite different to the rest of the international system. The Chinese Foreign Minister has just suggested a reset in Chinese-Australia relations to return to earlier times of harmony. Meanwhile, the PLAAF doubles down on aggression. China’s extension of the hand of diplomatic friendship while being hard-nosed elsewhere appears the way China now does business.

There is a measure of carrot-and-stick in all this perhaps intended to influence the new Australian government. However, this game can be played both ways. The Australian government waited ten days before revealing the P-8 intercept. Chinese Foreign Minister Wang Yi’s purposeful olive branch media announcement attempting to suggest that Australia needs to respond by adjusting its approach will now be drowned out by global media reaction to Chinese military aggression. It now appears China needs to change as it is at fault.