Tehran capitalised on US mistakes in the Middle East, but its proxy wars and consistently aggressive façade have a cost. 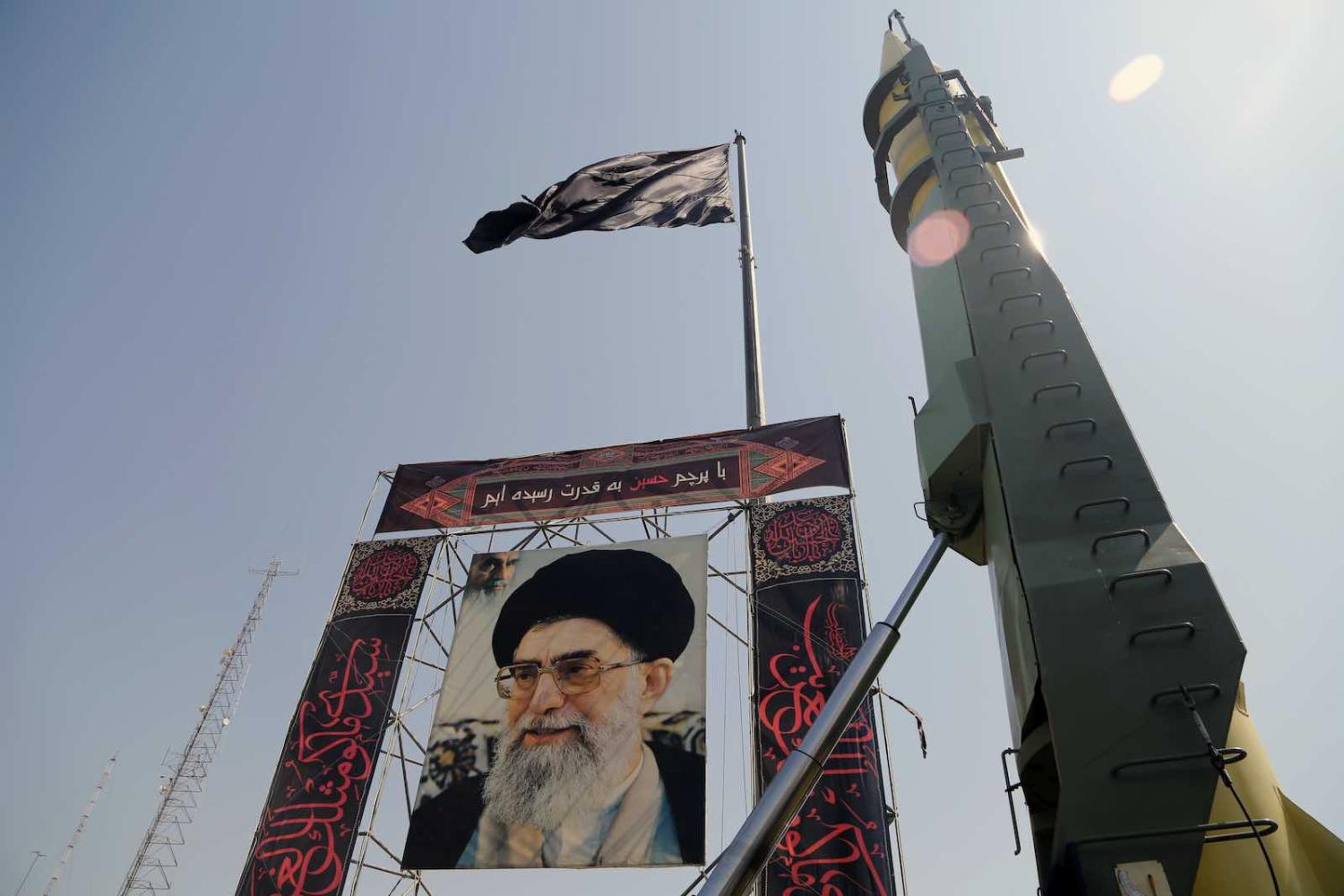 Following the signing of the Abraham Accord between the UAE, Bahrain and Israel, US President Donald Trump last week trumpeted his peace-making credentials at the UN General Assembly. “These groundbreaking peace deals are the dawn of a new Middle East," he declared.

The response to the accord from Tehran was decidedly less rosy. Long having posed as champions of the Palestinian cause, Iranian regime figures lined up to deride the agreement as “scandalous” and “treasonous”. Yet it is reasonable to assume that the plight of the Palestinians is not Tehran’s primary concern here.

The Palestinians were perhaps not front of mind for the UAE, Bahrain and Israel during their discussions, either. A key factor that seems to have drawn them to the negotiating table is their mutual disquiet at the reach of Iran.

Iran’s 1979 Islamic revolution was premised on expansion: bringing Ayatollah Khomeini’s vision to the region. Forty years later, it appears to be faltering.

Indeed, the accord, which promises to normalise relations between the Gulf states and Israel, may portend the crystallisation of a regional anti-Iran bloc and could lead to an Israeli presence in the Persian Gulf. That will set alarms bells ringing in Tehran.

Since the removal of Saddam Hussein in 2003 and the rapid growth of pro-Iran players in Iraq, many observers have been fearful of Tehran’s projection of influence across the Middle East. Now it would seem that the ground has shifted. Tehran is on the back foot, overextended and relatively friendless.

Iran’s 1979 Islamic revolution was premised on expansion: bringing Ayatollah Khomeini’s vision to the region. Forty years later, it appears to be faltering.

This is a marked change from the situation only a few years ago, when Iran was seen as being in the ascendant, having reshaped regional geopolitical dynamics to its own advantage. It was not so long ago that analysts and policymakers in the US were discussing the possibility that Iran could not be contained.

Iran was able to capitalise on the unfurling chaos in the wake of Hussein’s ouster in 2003. US President George W. Bush may have envisioned a post-Saddam Iraq as a bridgehead for US influence in the Middle East, but Washington was clearly outplayed by Tehran. Leveraging affinities with Iraq’s Shia majority, Iran soon had more clout in Iraq than America could ever hope for.

And Iran has been proactive in pushing its influence well beyond Iraq. The extent of Iran’s regional reach was a recurring theme during our research into proxy wars in the Middle East.

In a recent research project undertaken for Carnegie Corporation, we interviewed a range of opposition figures in Syria and diplomats and analysts in Pakistan and Afghanistan. Opinions varied as to whether Iran was a beneficial or malign influence, but no one denied that it wielded considerable religious, economic, cultural and political clout.

Indeed, an emboldened Iran has continued to sponsor proxy players including Hezbollah, strengthened political relationships with Beirut and Damascus, and actively sought to recruit others to its so-called “Axis of Resistance”. As a result, there have been long-standing concerns in some policy circles that a “Shia crescent” would emerge and disrupt established regional dynamics, work against Western interests and entrench Iran as the dominant geopolitical player.

This contrasts with considerable expectation amid the signing of the 2015 nuclear agreement that Iran’s relations with the West, perennially rocky, would become more cordial and its foreign policy less antagonistic.

Such hopes proved unduly optimistic. It was the dour visage of the Revolutionary Guards’ Qassem Soleimani, not mild-mannered President Hassan Rouhani, which became the face of Iranian foreign policy. Tehran is noted for its anti-Western posture and support for non-state militias, rather than as a place to do trade deals.

But any state presenting a consistently aggressive façade to the international community cannot expect to win long-term advantage. And there are signs that the cards are no longer falling Tehran’s way.

President Donald Trump and his Secretary of State Mike Pompeo continue to pursue a hard-line stance against Iran. Last year, Trump designated the Revolutionary Guards as a terrorist entity and in January ordered an air strike which took out Guards’ commander Soleimani in Iraq. Soleimani was celebrated as a national hero in Iran, sometimes seen as the second most powerful person in the Islamic republic. His demise appears to have shifted the regional calculus.

In August, Iraq’s recently installed Prime Minister Mustafa al-Kadhimi enjoyed a very cordial visit to the White House. News of improving relations between the US and Iraq was not warmly received in Iran, however. In a separate development a week later, Tehran acceded to demands from the UN that IAEA inspectors be granted access to two sites to ensure compliance with the 2015 nuclear deal.

Meanwhile, Hezbollah, long seen as Iran’s most potent proxy instrument, is increasingly coming in for criticism after the August explosion that rocked Beirut. With al-Kadhimi apparently seeking to disentangle Iraq from Iran’s clutches, it is only to Syria’s Bashar al-Assad that Iran can look to find a friendly face. Yet even there Iran must play second fiddle to Russia.

Covid-19 infections are on the rise again in Iran and the currency in free fall. It would seem that Tehran now has urgent matters to attend to at home. Could it be that we will see Iranian influence in its near-abroad start to decline?

This research was facilitated by Carnegie Corporation of New York (Grant number: G-18-55949): “Assessing the impact of external actors in the Syrian and Afghan proxy wars.”

This vote for Rouhani sends a clear message to the Supreme Leader’s office that Iranians want economic prosperity brought about by peaceful re-engagement.
Mahmoud Pargoo 4 Jul 2019 14:00

Hardliners in Tehran might underestimate Washington’s reluctance to fight while overestimating their control at home.
Daniel Flitton 28 Jan 2020 11:00

The American journalist – also once a prisoner in Tehran – wants Australia to push to end Iran’s state hostage-taking.