Myths that stir trouble in the South China Sea

A major shipping route, yes, but vital? False claims about the value of these waters only make diplomacy harder. 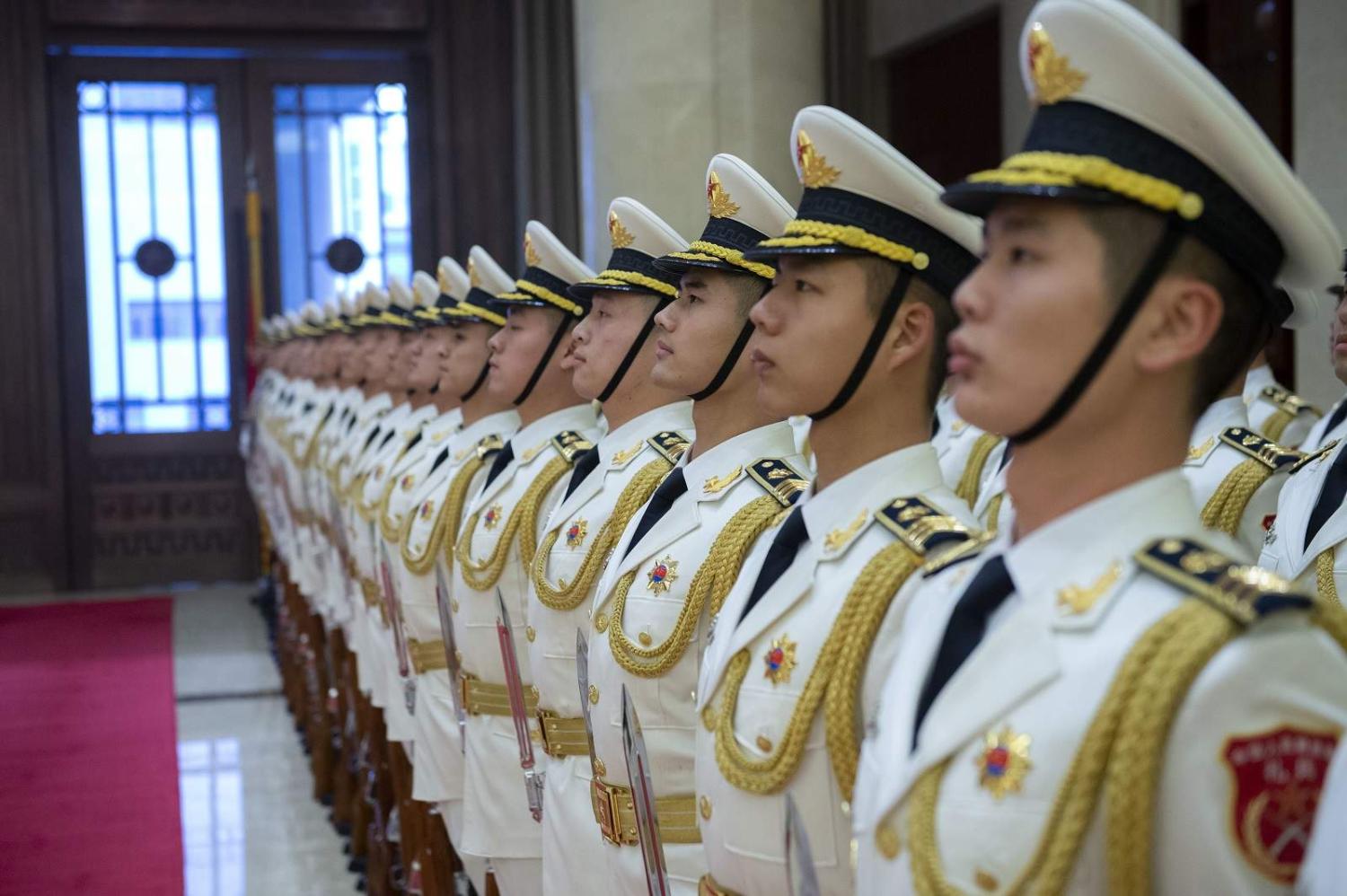 US officials regularly present China as an aggressive and expansionist military power while Chinese state sources criticise the United States in similar terms. The verbal sparring has only increased concern about the prospect of a future war between China and the United States, with Australia as a likely participant on the US side. The most likely casus belli is seen as arising either from an attempt by China to take control of shipping routes and disputed territory in the South China Sea, or from an attempt to forcibly reincorporate Taiwan into the People’s Republic of China.

Tension has been stoked by a series of myths about the South China Sea. Five of these shibboleths in particular should be refuted.

As is often pointed out, goods worth between $3 trillion and $5 trillion are shipped through the South China Sea every year, amounting to something like a third of the world’s trade. That makes the route vital to China, and helps to explain why President Xi Jinping is so keen on the Belt and Road Initiative, the core of which is the development of land transport routes from China to Western Asia and Europe.

The Straits of Malacca are the shortest and cheapest path between the Indian and Pacific Oceans, but there are plenty of alternative routes.

But, as Australian winemakers and coalminers have learned, China doesn’t need naval power to control its trade flows.

For countries other than China, control of the South China Sea doesn’t matter as much as is commonly claimed. Broadly defined, these waters include a number of shipping routes used by many countries commonly described as “vital”, such as the Straits of Malacca. But a more accurate description would be “convenient”. The Straits of Malacca are the shortest and cheapest path between the Indian and Pacific Oceans, but there are plenty of alternative routes. In the worst case, where obvious alternatives such as the Sunda Strait were blocked, there’s always the option of Australia’s Southern Ocean.

Experience shows the closure of “vital” shipping routes, while inconvenient, has only a marginal impact on national and global economies. The shipping accident closing the Suez Canal in March was of trivial importance compared to the supply chain disruptions created by the Covid-19 pandemic. And in the twentieth century, when the Canal was a more significant route, it was closed for years at a time due to Arab-Israeli wars.

As I’ve shown in previous work, the economic cost of disruption to shipping routes would be in the billions, not the trillions, not even enough to pay the operating cost of a carrier battle group or two.

Trillions of barrels of natural gas and billions of barrels of oil are regularly estimated to be in proved or probable reserves. But most of these are situated along the margins of the South China Sea rather than under the long-disputed islets and reefs, and the quantities are smaller than they seem.

Gregory Poling, of the Center for Strategic and International Studies, is quoted in The National Interest as saying the oil “would account for about one year of China’s daily consumption if it magically dropped into the Chinese market tomorrow”, and while the gas reserves are more substantial, these are only commercially viable for use in the countries alongside.

There are occasional attempts to suggest that the fishing resources of the region are worth fighting over.

Despite being known for more than 50 years, exploration and drilling activities in the area have remained at a very limited scale. With the end of the carbon fuels era approaching, it is unlikely that substantial volumes of oil and gas will ever be extracted.
The desultory nature of attempts to exploit hydrocarbon resources at a national level or to negotiate agreements between China and its neighbours over disputed claims suggest that these resources are of more value as diplomatic bargaining chips.

There are occasional attempts to suggest that the fishing resources of the region are worth fighting over. Disputes over fishing rights are found all over the world, and occasionally lead to confrontation. But with the arguable exception of the Somali piracy outbreak – and at a stretch the “cod wars” between Britain and Iceland – they almost never lead to actual military conflict. The stakes are, quite simply, too low.

Myth 3: China has, or soon will have, the military and naval capacity to invade Taiwan

Such claims don’t stand up to even momentary scrutiny. A seaborne invasion of Taiwan would be massively more difficult than the D-Day landings. And China has made no serious effort to prepare for such an invasion. China has around 60 landing craft (many of them obsolete) that could transport a few thousand troops. That might be enough to grab an offshore island, but not to invade a well-defended country of 24 million people.

No People’s Republic of China official will admit that forcible reunification is an impossibility as doing so would undermine the party’s claims of strength.

The official invasion plan of the People’s Liberation Army, if it deserves the name, is to press commercial ferries into service to transport up to a million troops across the Taiwan Strait, where they would have to land on heavily defended beaches. Even against 1940s technology, like that of the German defenders on D-Day, this would be a disaster. But Taiwan (like the People’s Republic of China) has invested heavily in sea denial technology, and has hundreds of truck-mounted anti-ship missiles that could not be neutralised by preliminary bombardment. Any serious attempt at assessment shows the odds against an invasion are increasing all the time.

But no People’s Republic of China official will admit that forcible reunification is an impossibility as doing so would undermine the party’s claims of strength. And, at least when addressing international audiences, Taiwanese political and military leaders have no reason to play down the threat they face. So, this myth is carried on by mutual consent.

Myth 4: It is crucially important to maintain Freedom of Navigation Operations in the South China Sea

China is not the only nation pursuing symbolic rather than substantive goals. The United States is determined to maintain the doctrine of Freedom of Navigation Operations (FONOPS) as it applies to warships. This doctrine is based on a disputed reading of the UN Convention on the Law of the Sea, of which the United States is not, in any case, a signatory. It is endorsed by maritime powers, which have historically been dominant, but is rejected by China. The naval FONOPS doctrine is also rejected by India, a crucial member of the Quad grouping set up to constrain China. Even states in the region that accept the US legal position would prefer that it not be exercised.

As China’s sea denial capacities have increased, it’s become evident that US naval operations close to the mainland can’t be sustained indefinitely except with Chinese acquiescence. If the United States wants to maintain its position on FONOPS globally, it would make more sense not to exercise its claimed rights in this case.

Myth 5: China is willing to fight a nuclear war to defend its claims in the South China Sea

In 1964, when China first tested nuclear weapons, Mao Zedong used to claim that the country was populous enough to survive an all-out nuclear attack. His successors are under no such illusion.

And Mao’s statement was made in the context of announcing a “no first strike” policy, to which China has adhered ever since. There is no evidence that China has any intention of using nuclear weapons except as a deterrent to a nuclear attack by another power

The mutual sabre-rattling associated with South China Sea mythology is beneficial to a variety of actors in the United States, China and elsewhere. The military-industrial complex, against which President Eisenhower warned 60 years ago, is powerful in every country, and always seeks to promote preparation for large-scale war as well as the routine use of military power for political and commercial ends. Nationalist politicians promote territorial claims of all kinds, and exaggerate their importance. And both Chinese and Taiwanese governments have good reasons to keep the idea of an invasion of Taiwan alive.

Unfortunately, these myths are not harmless. The possibility that the United States and China will somehow blunder into war is ever-present. And if such a war broke out, Australia would have a choice of bad options: either a disastrous war with its biggest trading partner or a breach with its most important ally. Rather than joining the alarmist chorus, the government should be seeking to reduce tensions.

Previous Article
Pakistan and China: An unhappy union in Gwadar
Next Article
What’s the worst that could happen? Tackling existential risk

A region of great power rivalry and critical to Australia’s physical security ­– that gave help when we needed it, too.
Andrew Leigh 23 Dec 2021 11:00

A pandemic is bad. But humanity is inviting greater dangers by toying with technologies that could end the species.
Helen Clark 13 Oct 2021 12:00

The Southeast Asian nation is slowly emerging from months of lockdown but has plenty of challenges yet.