Shocking violence has captured headlines. A higher benchmark is needed in support of a free and credible ballot. 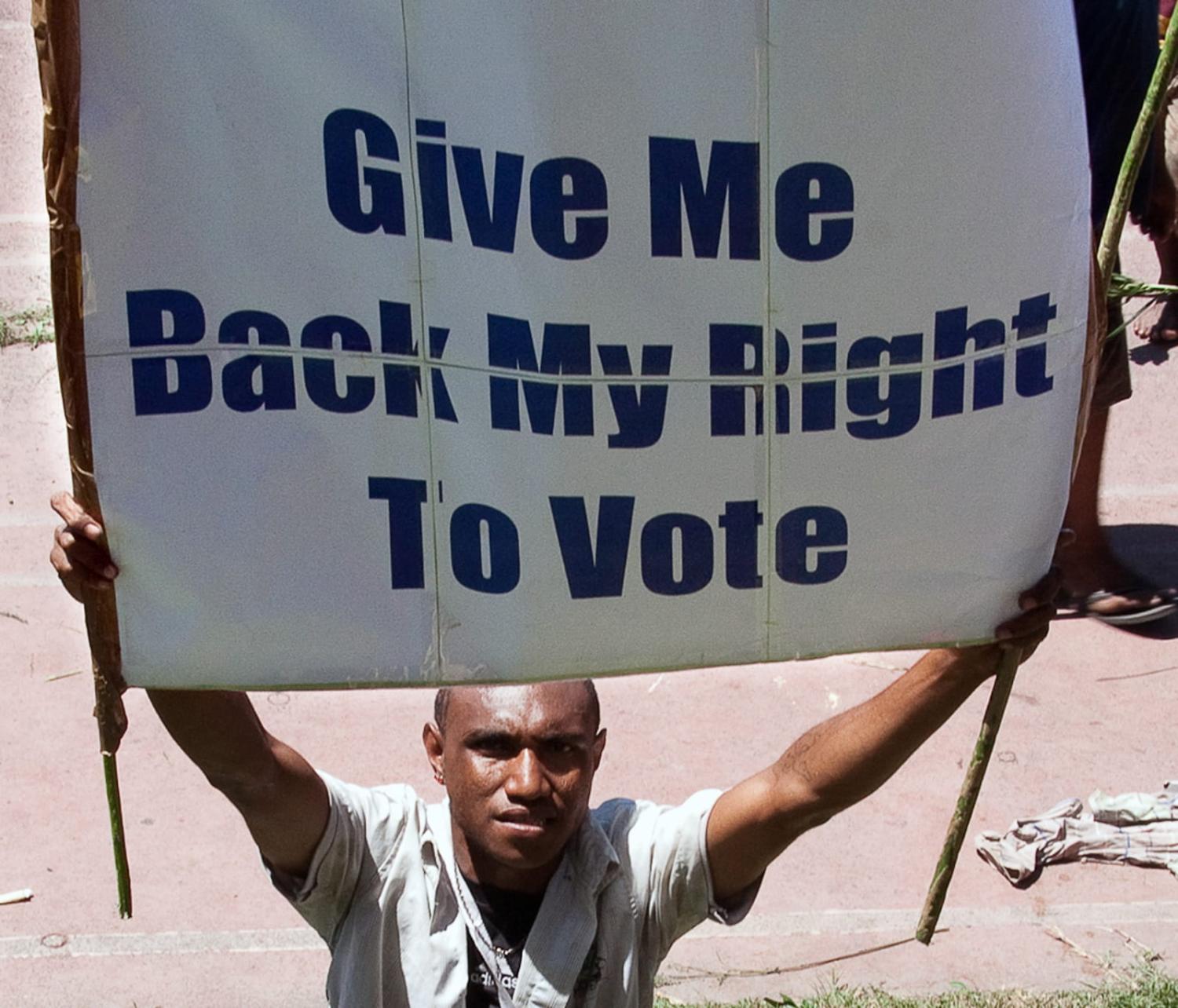 It has been a difficult election period for Papua New Guinea. Outbreaks of violence in the nation’s capital Port Moresby and other parts of the country have disrupted voting and counting, leading to the PNG Governor General granting a two-week extension to 12 August for the return of writs. This has been pared back to 5 August.

There were an estimated 200 deaths during the last election in 2017. The violence so far has resulted in fewer deaths, but shocking scenes and accounts of brutal attacks have been circulated widely through the media, dismaying Papua New Guineans who had been hoping those days were behind them. Already overstretched local authorities have struggled to respond to incidents, and in some cases, perpetrators have exploited security vacuums created by police deployments to hotspots.

Delays to the start of polling, an electoral roll that has not been properly updated since 2012, allegations of vote rigging, suspicions around vote counting, ballot tampering and destruction of ballet boxes, have heightened tensions in communities already distrustful of government and the Electoral Commission.

But there are many areas across PNG’s 118 electorates where voting has occurred peacefully, and ballot officers are now working around the clock to declare results, hoping to deliver a new parliament of elected officials to govern the country for another five years.

The social and economic impacts of Covid-19 have made a tough situation worse.

Incumbent Prime Minister and Leader of the Pangu Party James Marape declared “there will be no failed election … the process will be completed, and parliament will convene thereafter”. Marape has set up a party camp in Wewak, East Sepik Province. From there, he will engage in intensive horse-trading with declared seat-winners, seeking to form a new coalition government. Marape’s main challenger is former prime minister Peter O’Neill, who leads the People’s National Congress Party. O’Neill has been campaigning widely around the country to regain the top job. Both he and Marape are confident of victory.

Whoever forms government will be faced with the difficult task of economic recovery for the country of 9 million, comprising over 800 language groups. Even before the pandemic, PNG’s development indicators were plateauing, with expected windfalls from major resource projects in the early 2010s offset by corruption and deteriorating security in some parts of the country.

The social and economic impacts of Covid-19 have made a tough situation worse. Widespread community resistance to vaccination has led to PNG remaining one of the least Covid-vaccinated countries in the world, at around 3.4 per cent of the eligible population partially vaccinated. Health authorities in Port Moresby ceased vaccination operations in June due to lack of funding.

Rapid population growth and a significant youth bulge, inflated cost of living, coupled with high unemployment, low levels of service delivery, poor health and education standards, bad governance, endemic gender-based violence and alarming numbers of high-powered weapons in some parts of the country, mean that by any objective measure, PNG is a fragile state.

Yet those indicators do not tell the full story. PNG has tremendous potential, carried on the shoulders of a vibrant, ambitious, and entrepreneurial emerging leader cohort of young people, who consistently show resilience in the face of adversity. And overall, the country has decent economic prospects, buoyed by the resource sector, with opportunities for diversification through agriculture, the creative industries and tourism.

Regardless of who wins the election, a close Australia-Papua New Guinea relationship will always be mutually important. Solomon Islands’ signing of a security pact with China in April triggered a vocal response from traditional security partners – chiefly Australia, the United States and New Zealand. But it also catalysed a commitment from Australia for a better quality of Pacific policy. One of Foreign Minister Penny Wong’s first actions taken just days after the Australian election was to travel to Suva to deliver an address to Pacific countries.

Wong announced a new approach to Australian foreign policy in the Pacific, underpinned by recognition that climate change is the primary security threat for Pacific countries and emphasising a renewed focus on enhancing people-to-people links through improved labour mobility, education, and migration pathways for the Pacific into Australia.

PNG should be the centrepiece of Australia’s renewed Pacific foreign policy. Strategic infrastructure investments such as the government-backed purchase of telecommunications company Digicel by Telstra, the ports upgrade program and the Coral Sea Cable project will enhance connectivity with PNG and contribute to regional security.

By funding such projects, Australia hopes to slow China’s advance into PNG and the region. However, it is not the spectre of Chinese influence that haunts PNG, but the country’s own internal demons. In fact, Chinese investment in the country may be in decline.

Australia needs to prioritise building its links with PNG, not as a strategic counterweight to China, but as an opportunity for both countries to contribute to each other’s security and prosperity. From July next year, 3000 places would be reserved each year for Pacific Islanders to receive permanent residency in Australia. Although individual country allocations are still being worked through, PNG should be the main beneficiary from the Australian government’s newPacific Engagement Visa. The connections formed through this scheme will go a long way towards revitalising Australians’ commitment to the relationship with its nearest neighbour.

For Canberra, the risk is less that PNG will fall into the arms of China, but more about the overall trajectory of the country, and what this means for the region. The violence and chicanery that accompanied this election was both heart-breaking and expected for many Papua New Guineans. It is a symptom of longstanding challenges facing the country.

Australia helped with planning and transport for this election, and the printing of ballot papers. While the ultimate responsibility for the delivery of the 2022 PNG election must lie with its government, Australia’s electoral support on this occasion was clearly inadequate to the task. A renewed Australian commitment to the Pacific demands setting a higher benchmark for Australia’s role in helping to deliver safe and credible elections in the region.

Previous Article
Does ASEAN really need an official “second language”?
Next Article
Koreas: The hidden risk of the “kill chain”

It is unambiguously in Australia’s interest to strengthen our relationship with India in many aspects.
Caitlin Byrne 23 Jun 2021 06:00