US claims to upholding the rules-based order don’t square with its silence on Mauritian sovereignty in the Chagos. 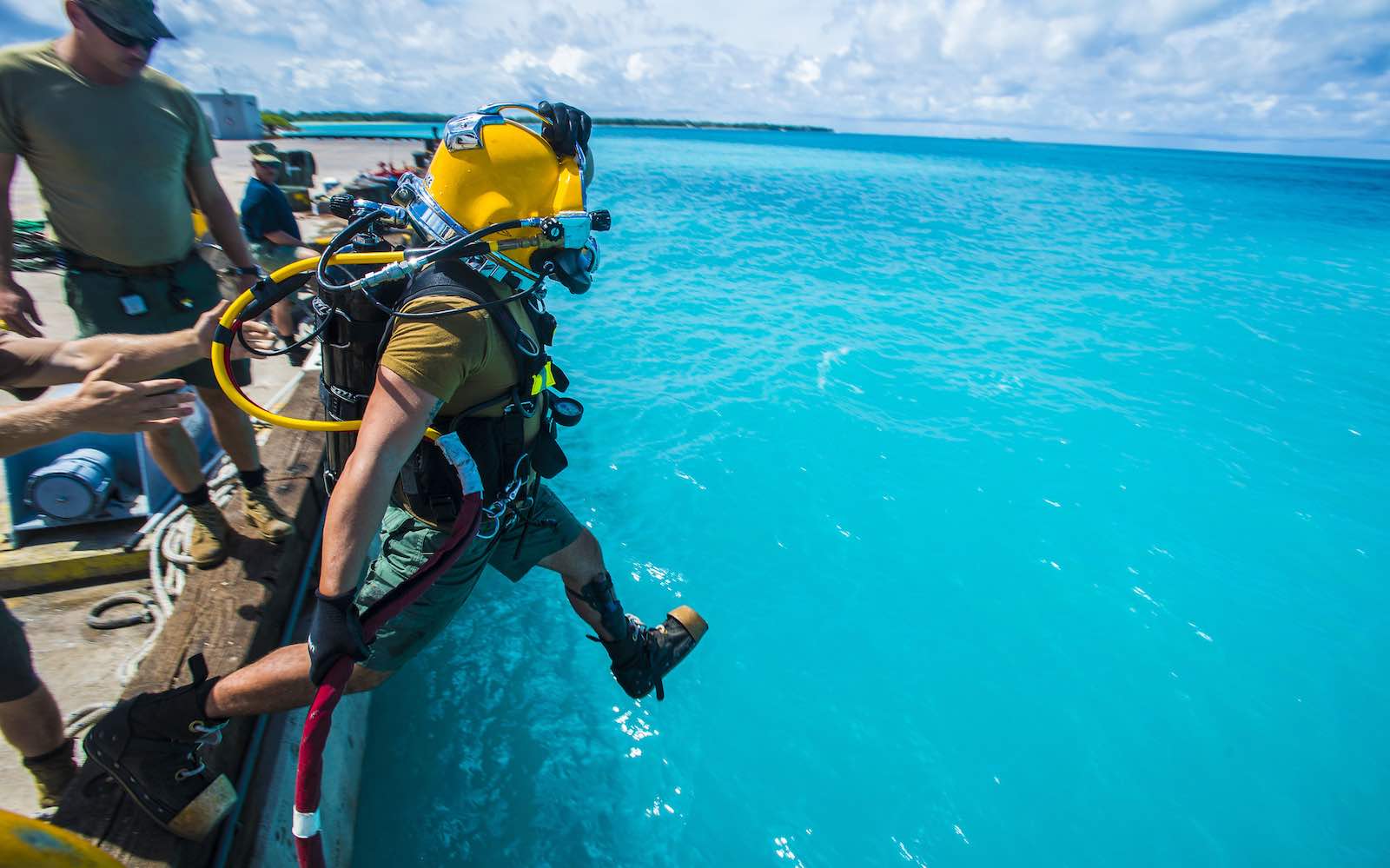 In remarks delivered at the US State Department in early February, President Joe Biden championed the rule of law as part of “America’s abiding advantage” and spelled out his vision for a nation leading “not just by the example of our power but by the power of our example”. In its swing toward competition with Beijing, the US has made every effort to draw attention to China’s disregard for international law, while conveniently ignoring that law’s application to the US military presence on Diego Garcia and the US presentation of itself as a champion of the rules-based order.

Diego Garcia is the largest of 55 islands split off by the United Kingdom from its Seychelles and Mauritius colonies to create the British Indian Ocean Territory in 1965. Devised exclusively for military use, the BIOT has been the key US strategic outpost in the Indian Ocean since 1966. Shuttering civilian industry and removing Diego Garcia’s original inhabitants paved the way for initial construction of British-US military facilities in 1967. These facilities were used to great effect in tracking the Soviet navy throughout the Cold War, although it was India’s request for American support against China in the 1962 Sino-Indian War that drove Amercia’s initial request for access to the archipelago. The Chagossian population was given the option to resettle in Mauritius or Seychelles. Some were able to relocate to the UK. This unceremonious exile went largely unremarked at the time – to most, it was a small subplot in the high drama of the Cold War. But not to Mauritius, nor to the Chagossians.

Diego Garcia became a critical node of American expeditionary warfare in Afghanistan and Iraq. It remains an invaluable operating location in a region with few permanent American bases. But rules and values are now at the centre of intensifying competition between Washington and Beijing. While the US claims the Chinese Communist Party is seeking to overturn the rules-based order, it has done so in the face of Mauritius’ calls for restoration of its territory and near-universal rejection of British claims upon the archipelago.

Attempts to justify a continuation of British control of the Chagos Islands look like destroying the rules-based order in order to save it, and reinforce China’s vision of world in which the weak suffer what they must.

Mauritius has the law on its side. A prolonged campaign by Mauritius to confront the UK over the status of the Chagos Islands was finally addressed by the International Court of Justice in 2019. In a stunning rebuke, the court handed down an advisory opinion which stated that Britain’s claim to the archipelago was illegitimate and that its retention of the archipelago constituted a failure to fully decolonise. A subsequent non-binding UN General Assembly resolution, passed by an overwhelming majority, demanded that the UK withdraw its “colonial administration” from the islands by the end of 2019. In 2021, the International Tribunal for the Law of the Sea (ITLOS) added its own confirmation of Mauritius’ sovereignty over the Chagos Archipelago, and criticised the UK’s failure to comply with the 2019 UN resolution.

The US is not inclined to abandon its strategic foothold in the Indian Ocean, nor is the UK’s Conservative government prepared to relinquish its claims to this colonial holdover. Both fear the potential consequences of ceding control, being subject to the whims of a state that might evict them from their unsinkable aircraft carrier. Admittedly, returning the islands creates risk – sovereignty trumps lease rights. A future Mauritian government might be less welcoming of the US and could revoke the lease. The US would also likely be forced to negotiate for benefits that it currently enjoys.

But the Mauritian government has sought to assuage those fears by offering, twice, to lease the land to the US for up to 99 years, if it is returned to their control. Mauritius’ UN ambassador made clear that it favoured a continued US presence at Diego Garcia, as well as its stabilising influence in the Indian Ocean region. Mauritius’ prime minister offered his own assurances following the ITLOS judgement, stating that “The end of UK administration has no implications for the US military base at Diego Garcia, which Mauritius is committed to maintaining”. Mauritius has offered both the US and UK a way to underline their commitment to the rules rather than flout them, while maintaining critical military access well into the next century.

Thus, the Biden administration has an opportunity to remove tension between its hard strategic interests and its declared support for a rules-based order. In consultation with London, Washington should move quickly, announcing support for the transfer of the Chagos Archipelago to Port Louis’ control, accept the offered 99-year lease and sign a defence agreement with a democratic partner as an equal under the law. The fact that the British political opposition has already telegraphed its intent to comply with the UN directive at the earliest opportunity is further reason for haste. With international opinion increasingly opposed to continued British control of the islands, the case for their return is not only ethically correct but strategically sound.

To continue in the current arrangement leaves the UK and UK open to criticism for hypocrisy in their approach to international law. London’s refusal to comply with the ITLOS ruling can be likened to Beijing’s rejection of the Permanent Court of Arbitration’s 2016 award on the South China Sea, as both legal bodies are convened under the UN Convention on the Law of the Sea (UNCLOS). It is only with a shocking lack of self-awareness that either country could accuse Beijing of undermining the rules-based order while defying the UN over Mauritian sovereignty. Better to seize this opportunity to demonstrate commitment to the rule of law than to remain defiant and isolated on a question of human rights.

By demanding China conform to the rules-based order, the US and the UK have set a narrow rhetorical gate through which they themselves must walk. Attempts to justify a continuation of British control of the Chagos Islands look like destroying the rules-based order in order to save it, and reinforce China’s vision of world in which the weak suffer what they must.

Decisive action on behalf of the Biden administration to facilitate the return of Diego Garcia is not only ethically correct, but one that reinforces American commitment to international law and human rights. By committing itself to this course, Washington can avoid negative impact upon American strategic interests, while simultaneously bolstering the rules-based order in the Indo-Pacific.