In search of a middle-power rethink on North Korea policy

An international commission could potentially transform an outdated and failed approach to the Korean peninsula. 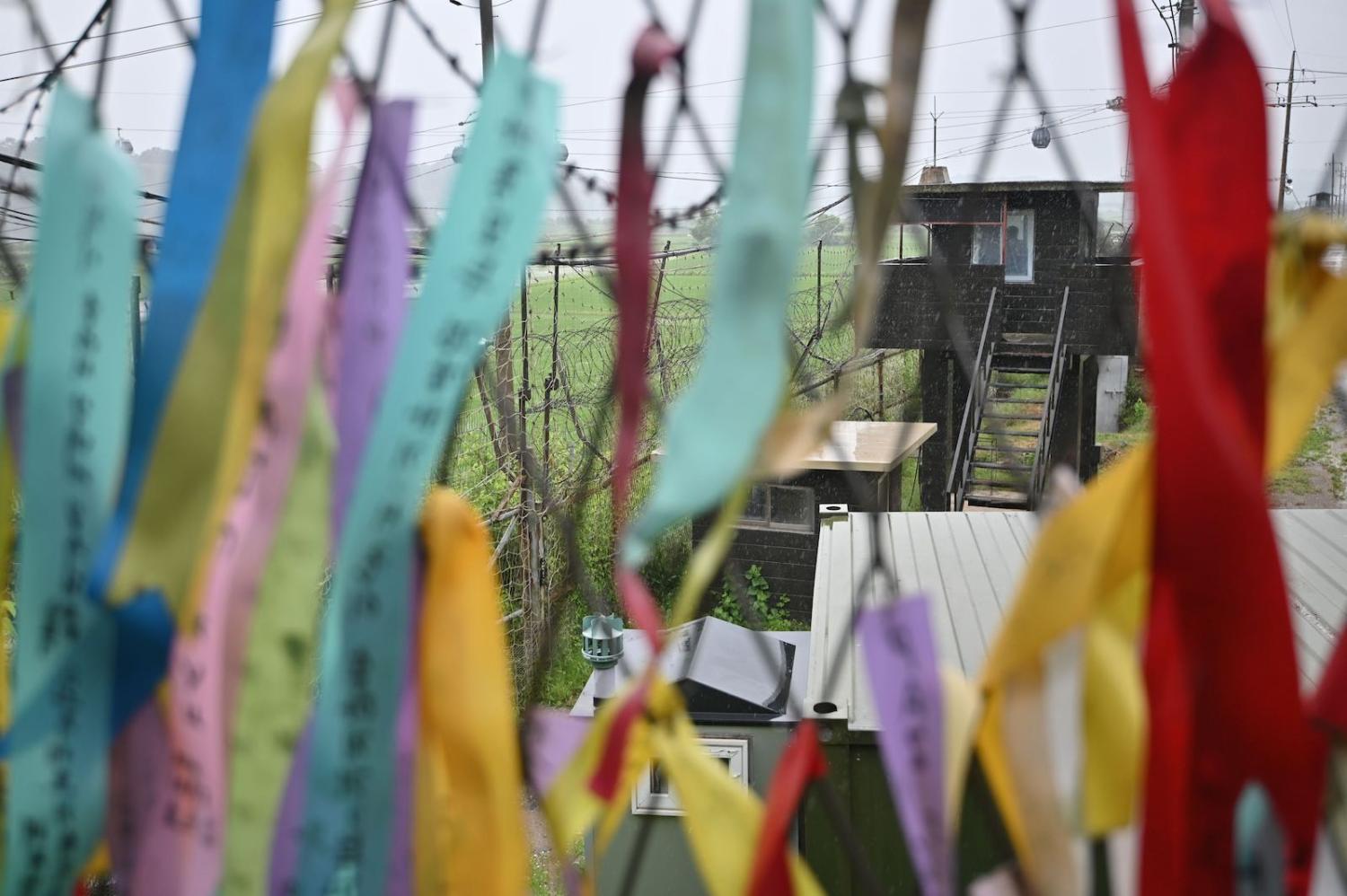 A South Korean guard post seen through a fence decorated with ribbons with messages of peace and reunification, at Imjingak peace park in the border city of Paju, June 2020 (Jung Yeon-je/AFP via Getty Images)
Published 25 Nov 2020     Follow @Junotane

Given its many foreign policy priorities, there will be around six months before the Biden administration can turn to North Korea. Pyongyang will not wait patiently. If expectations are correct, the incoming president will be forced into early action. Encouraging middle-power partners to pursue a guided, multilateral approach through an international commission on the Korean peninsula could see progress from day one. An international commission would then lay the foundations on which the Biden administration could build an informed, sustainable, practical and ultimately successful North Korea policy.

International commissions are ad hoc transnational investigative mechanisms, which can be constituted as either a temporary intergovernmental organisation (IGO) or a non-governmental organisation (NGO). Their significance lies in their ability to transform the assumptions and staid thinking that plague long-standing problems in international relations – such as the question of Korean peninsula peace and security.

A international commission would avoid the descent into crisis diplomacy, which occurs with each new US and South Korean administration.

Their success lies in allowing and even encouraging creativity within the confines of international relations practice. They have specific terms of reference which allow the receipt of submissions, interviewing of witnesses, engagement with experts (including commissioned research, modelling, analysis and advice) and, in certain cases, holding of public forums.

This includes engaging experts in multilateral processes; policymaking; socio-economic, political, military and strategic affairs; legal jurisprudence; and subject specialists relevant to the topic at hand. Facilitators and sponsors can also decide to seek ideas outside the domain of international relations “expertise” and engage civil society actors who have on-the-ground, practical knowledge of the subject. International commissions thus encourage creativity in addressing problems where political leadership and more traditional diplomatic processes have failed.

At the same time, international commissions adhere to the standards of international diplomacy. They are routinely led by influential and persuasive senior, often retired, politicians or leaders, and include a range of similarly respected commissioners, including senior government, military, academic and NGO representatives. They are well-resourced, with the support of a single or several foreign ministries, multilateral agencies, and/or philanthropic foundations.

An international commission would have particular advantages in the context of the Korean peninsula.

First, an international commission would avoid the descent into crisis diplomacy, which occurs with each new US and South Korean administration. Crisis diplomacy forces parties to accept short-term compromise to avoid descent into expanded, unmanageable conflict. Crisis diplomacy provides tools to manage and avoid conflict (or, for the aggressor, achieve limited gains), but it doesn’t provide tools to transform the root causes of tension.

In stepping outside the confines of crisis diplomacy, an international commission would establish a stable platform for the exploration of underlying problems.

Would North Korea participate in such a venture? North Korea’s historical recalcitrance and unpredictability means its participation could not be assured. An international commission would expose underlying issues, including perceptions of insecurity, lack of trust, adherence to international norms and commitment to resolution. But there would also be a strong rationale for North Korea to participate.

Participation would give North Korea a global audience to highlight its position on sanctions, perceived threats and other areas of concern. North Korea may see an international commission as an opportunity to secure short-term gain, in much the same way it has viewed other diplomatic processes since the 1990s. In this case, early flamboyant participation followed by an equally flamboyant staged walkout would not be surprising.

Participation would also hold interest for North Korea’s leadership and elites. In a comprehensive investigation, an international commission could look at issues such as prosecutions and amnesties, unification governance structures, property rights, marketisation, and time frames – areas of personal and familial interest to elite stakeholders in the maintenance of division and the progress towards unification. In this case, North Korea would seek to maintain at least an observer status within the commission.

It’s time to admit that US North Korea policy has failed. It’s time to explore alternatives.

Finally, not participating would leave North Korea more alienated, more vulnerable to punitive measures, and potentially at risk of abandonment by remaining supporters. The comprehensive and authoritative nature of a commission report would build consensus and be a direct influence on global policy on Korean peninsula affairs for the next five to ten years – perhaps longer, if scheduled reviews are recommended. It would ultimately be against North Korea’s interest to remain outside the process.

Most importantly, an international commission would strengthen America’s alliance with South Korea. US and South Korean policy aims on North Korea have diverged. Since the 1990s, North Korea’s nuclear and ballistic missile programs have increasingly diverted US attention from questions of threat reduction, stability, legitimacy, diplomatic normalisation and unification. With Seoul in range of massed artillery just over the border, it was never going to see nuclear weapons as the sole priority. Today, policy options once on the fringe – such as abandoning the US alliance, acceding to China’s dominance, declaring a position of neutrality and/or securing an independent nuclear weapons capacity – have entered mainstream political debate. An international commission would bring out these differences, highlight areas of agreement and build a stronger, more flexible bilateral relationship and alliance.

It’s time to admit that US North Korea policy has failed. Democrats and Republicans have repeatedly sailed into the headwind of North Korea’s nuclear ambitions to no avail. The Biden administration will likely set sail with yet another crew of North Korea experts whose only experience is tacking a leaky sailboat from port to starboard, from Democrat to Republican. Before getting back to the water, they should rethink and redesign the vessel. It’s time to explore alternatives. It’s time to explore the potential of an International Commission on the Korean Peninsula.

Neither monetary nor fiscal policy caused the 2007–08 crisis: the direct blame lies squarely with the financial sector.
Rachael Buckland 7 Sep 2017 16:08

This weeks links include the crisis in Myanmar, ongoing preparations for the global compact on migration and the end of the DACA program in the US.