Transnistria: The next front of the Ukraine war

Moscow is stirring tensions in a separatist region in neighbouring Moldova, but its moves may backfire. 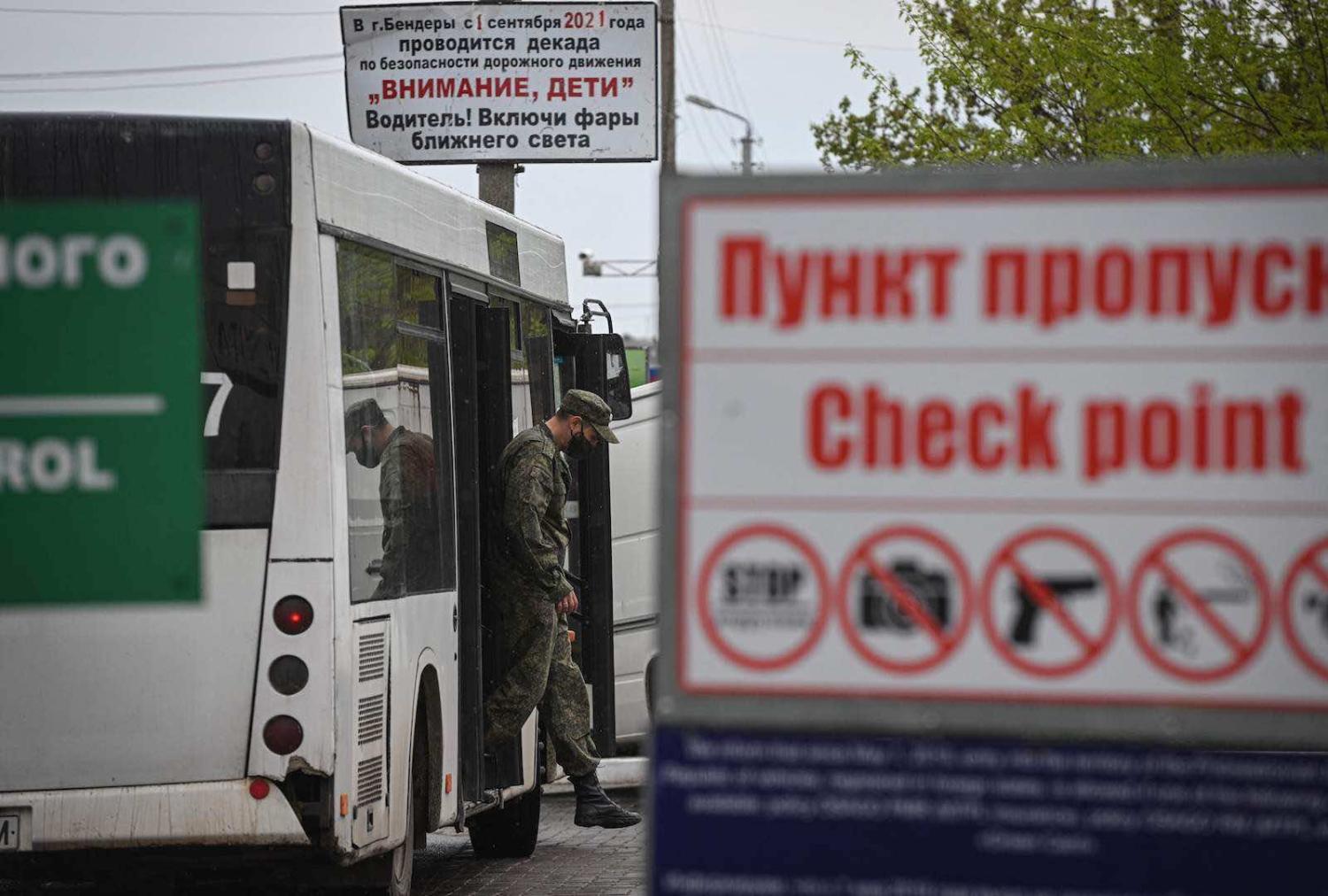 As Russia’s war of attrition grinds away in eastern Ukraine, Moscow seems to be opening a new front on Ukraine’s western border, in the Transnistria region of Moldova. A series of mysterious explosions in Transnistria signals that something is afoot. But Russia’s objectives remain a mystery and there’s every chance that its actions could end up rebounding against it.

On 25 and 26 April there was a series of minor explosions in the Russian-speaking separatist region of Transnistria, a long and thin sliver of Moldovan territory that has been under Russian military control since the 1990s. The explosions damaged an empty building used by security services and two radio masts, but caused no casualties.

The nature of the attacks, which had no operational value, has led most analysts to conclude that they were directed by the Russian security services, the FSB. But there is little consensus about their ultimate purpose.

The “problem” of Transnistria dates back to 1940 when Stalin grabbed Bessarabia province from Romania, as booty under the Molotov-Ribbentrop Pact with Germany. To help assimilate its Romanian-speaking population, Moscow created a new “Moldova Soviet Socialist Republic” by merging the conquered region with a sliver of western Ukraine on the eastern side of the Dnestra river. This instantly rebalanced the demographics of the new Soviet republic, allowing “politically reliable” Russian-speakers to dominate Moldovan institutions for decades after.

All of this may have been just an internal Soviet affair until the breakup of the Soviet Union in 1991, when Moldova, Ukraine and other Soviet Republics found themselves as independent countries. A brief separatist uprising by the Russian-speaking Transnistrian region in 1992 ended with the Russian army effectively enforcing the separatist’s claims to autonomy.

Transnistria has since become one of the “frozen conflicts” of the former Soviet Union, along with other Moscow-backed separatist regions such as South Ossetia and Abkhazia in Georgia, and the Donetsk and Luhansk People’s Republics in Ukraine.

Today, Moldova is an impoverished agricultural nation of around 2.5 million people, including 500,000 in Transnistria. It has a tiny army without heavy weapons and exercises no effective control over the 400 kilometre long, 60-70 kilometre wide strip of land on its eastern side.

Russian control of Transnistria is guaranteed by a force of around 1500 lightly-armed Russian troops, together with local militias. The Russians also guard the huge Cobasna ammunition dump, one of Europe’s largest, which holds some 22,000 tonnes of aging weapons and ammunition dating from the Soviet era. Cobasna is located just 2 kilometres from the Ukrainian border. It has been estimated that an explosion of the ordinance located at Cobasna would be equivalent to that at Hiroshima.

Since the 1990s, Moldova has been ruled by a succession of pro-Russian leaders. But in 2020, the “pro-European” President Maia Sandu was elected, and last month Moldova applied for European Union membership. But Moldova’s fear of Russia has so far led it to stay officially neutral over the Ukraine war.

Assuming that the recent bombings were a Russian-inspired operation, what was Moscow trying to achieve?

One of Russian President Vladimir Putin’s key objectives in the war is to occupy southern Ukraine, including the city of Odessa, and create a land bridge to Transnistria. But the blocking of Russian invasion forces near the southern city of Kherson means there is little likelihood of achieving that soon, if ever.

It is possible that sparking a renewed conflict between separatists and Moldovan forces, potentially drawing in Ukraine and even NATO, could also be part of a wider strategy of expanding the war beyond Ukraine’s borders.

It is clear that any attack by the small Russian forces in Transnistria against Ukraine would be dealt with quickly by the Ukrainian military. The use of these forces would make sense only in conjunction with a Russian amphibious or overland attack on Odessa.

But the recent bombings could also provide Transnistrian separatists with an excuse to mobilise military units. Young Transnistrian men could provide useful fodder for the Russian meat grinder in Donbas. Indeed Transnistria authorities have since announced a general mobilisation of military aged men (although, somewhat embarrassingly, the mobilisation order was dated 21 April, before the bombings occurred).

Russia can also use its presence in Transnistria to destabilise and coerce Moldova. Ukrainian intelligence services suggest that Moscow is seeking to dissuade the Moldovan government from its pro-Europe tilt and/or to pressure Transnistria authorities to move against Moldova.

It is possible that sparking a renewed conflict between separatists and Moldovan forces, potentially drawing in Ukraine and even NATO, could also be part of a wider strategy of expanding the war beyond Ukraine’s borders.

But whatever may be Putin’s plans, there is a real chance that Russia’s attempts to play the “Transnistrian card” could backfire. Although the Moldovan government has been cowed into neutrality up until now, that may change if Moscow’s threats lack credibility and particularly if Russia suffers further military reverses in Ukraine.

If the situation in Moldova deteriorates, NATO states, possibly led by Romania, could come under increasing pressure to arm and train the small Moldovan army. If Putin really plays his cards badly, a more capable Moldova with the assistance of Ukraine may be tempted to destroy the Russian forces in Transnistria and regain control of its territory, while Moscow looks on helplessly.

The Covid-19 “infodemic” has made plain the risks from ill-intended videos and photos. This is true for elections, too.
Greg Colton 12 May 2017 08:21

Australia calling: How to fight external electoral manipulation in the South Pacific

Authoritative news, delivered to mobile phones, could be a stabilising influence in an era characterised by destabilising external forces.
Peter Layton 31 Jan 2023 03:00

The future is not the past. Australia needs to reset its strategic thinking and plan to win the wars it fights.