A frank new guidance document shows that in directing his foreign policy, Joe Biden still has to resolve means and ends. 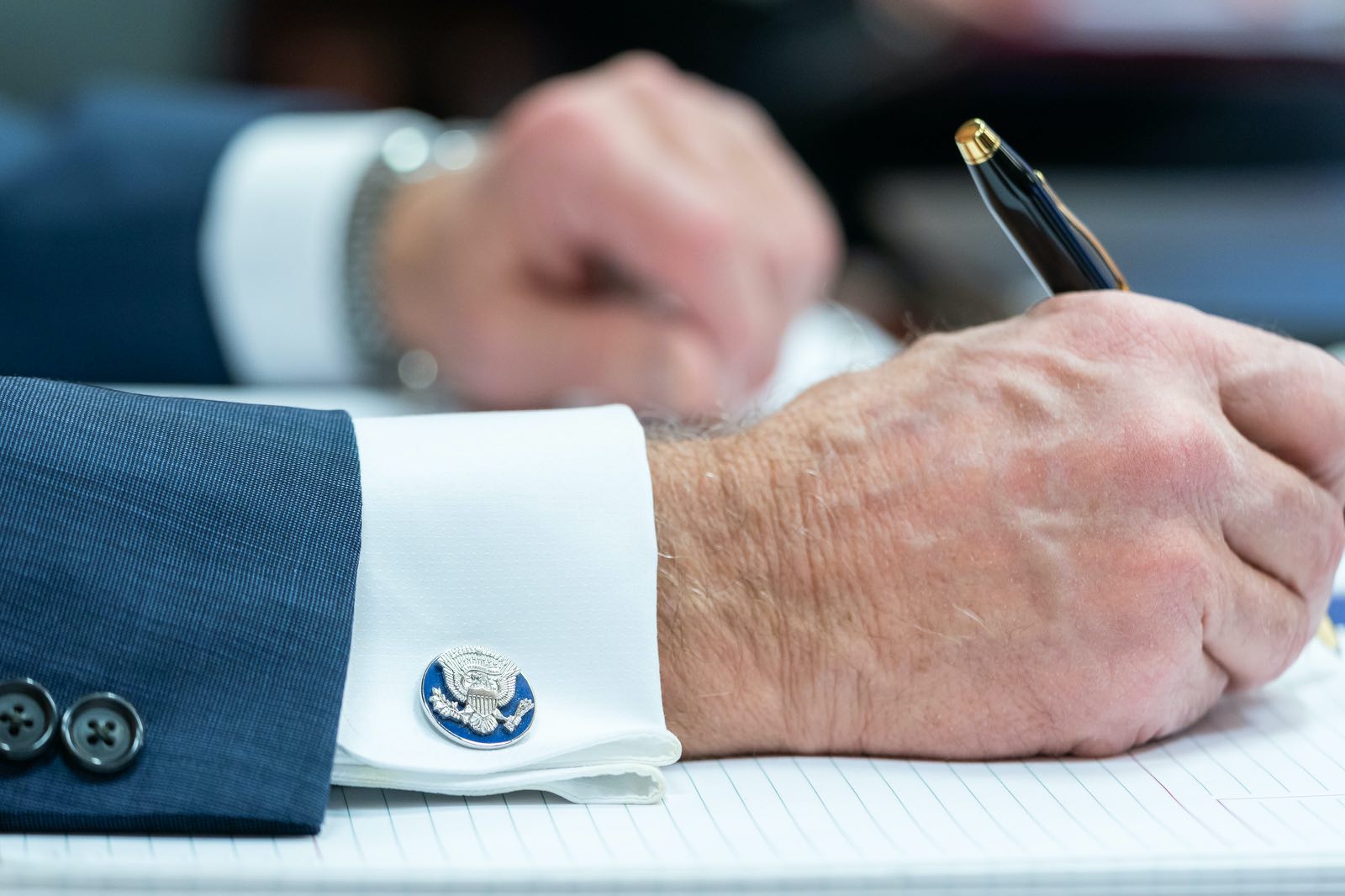 US President Joe Biden this month issued an Interim National Security Guidance which will, in his words, “convey my vision for how America will engage the world”. He has directed departments and agencies “to align their actions with this guidance”.

This document also provides some answers to the question – which we earlier asked experts to debate ­– of what role the rules-based order should play in his foreign policy.

The “stable and open international system” (as the document terms the order) is a central organising theme of the White House guidance. One of three priorities it identifies is to “lead and sustain a stable and open international system, underwritten by strong democratic alliances, partnerships, multilateral institutions and rules.” (The other two are to rebuild at home and establish a favourable balance of forces.)

It’s closely linked to two other major themes: China and democracy. According to the guidance document, China:

is the only competitor potentially capable of combining its economic, diplomatic, military, and technological power to mount a sustained challenge to a stable and open international system … In many areas, China’s leaders seek unfair advantages, behave aggressively and coercively, and undermine the rules and values at the heart of an open and stable international system.

Against this challenge, the document posits a multilayered, US-led international order. At its core are the “democratic alliances” that “will enable us to present a common front, produce a unified vision, and pool our strength to promote high standards, establish effective international rules, and hold countries like China to account”.

Beyond its democratic core, the order extends through US partnerships and outwards to multilateral institutions, becoming progressively “thinner”. It’s implicit that the US will cooperate less with partners that don’t share it’s democratic values but:

we will be mindful of both our values and our interests as we engage partner nations. We will deepen our partnership with India and work alongside New Zealand, as well as Singapore, Vietnam, and other Association of Southeast Asian Nations (ASEAN) member states.

Nor is cooperation with competitors and adversaries ruled out: “strategic competition does not, and should not, preclude working with China when it is in our national interest to do so … We will welcome the Chinese government’s cooperation on issues such as climate change, global health security, arms control, and nonproliferation.” On the latter, the US will “head off costly arms races and re-establish our credibility as a leader in arms control”.

The essence of strategy is matching ends with means. The White House guidance is reasonably frank about America’s limited means, including domestic challenges from public health to representative democracy. The US will make less use of its military:

the use of military force should be a last resort, not the first; diplomacy, development, and economic statecraft should be the leading instruments of American foreign policy … The United States should not, and will not, engage in “forever wars” that have cost thousands of lives and trillions of dollars.

On the stable and open international system, the document even acknowledges that “the system’s flaws and inequities have become apparent, and gridlock and inter-state rivalry have caused many around the world ­– including many Americans – to question its continued relevance”.

But the objective remains ambitious: “Together with our allies and partners, we can modernise the architecture of international cooperation for the challenges of this century, from cyber threats to climate change, corruption, and digital authoritarianism.” And the guidance ends on a punchy note, with the claim that “we will ensure that America, not China, sets the international agenda, working alongside others to shape new global norms and agreements that advance our interests and reflect our values”.

How should America bridge this gap between means and ends? If the US is to make less use of hard power and depend more on diplomacy, multilateralism and international norms it will have to make more compromises. Claims to American exceptionalism will be harder to reconcile with support for the “stable and open international system”. Allies and partners won’t automatically share US goals.

It’s probably unreasonable to expect that a document such as this would impart such hard truths, but there are signs that the message has not been received.

Their assumption of US leverage appears unaffected by the failure of Donald Trump’s maximum pressure campaign failed to deliver such a deal.

Biden’s reluctance to reverse Trump’s withdrawal from the Joint Comprehensive Plan of Action (the Iran nuclear deal, or JCPOA) contrasts with his quick decision on the Paris Agreement and New START. The administration is demanding that Iran – which stopped complying long after the US did – should return to compliance first. Predictable diplomatic wrangling has begun.

Biden’s caution appears to derive from domestic politics. These haven’t moved on since 2015, when prominent Democrats boosted Republican congressional majorities opposed to the deal. Opponents are again arguing that the US should seek a “better deal” that covers Iran’s missile program and regional behaviour. Their assumption of US leverage appears unaffected by the failure of Donald Trump’s maximum pressure campaign failed to deliver such a deal. They take no account of the JCPOA’s significance ­– as an increasingly rare example of much-needed arms control – as part of the rules-based order.

On the JCPOA, the guidance promises only that “we will pursue principled diplomacy to address the Iranian nuclear program and its other destabilising activities”. Principled diplomacy should require Washington to abide by its word, especially given the personal involvement of many Biden officials in the original negotiations.

National security pundits obsessed over the damage done to the credibility of US threats after Obama’s failure to enforce his “red line” on Syria’s use of chemical weapons. If Washington is to “modernise the architecture of international cooperation for the challenges of this century”, it will need to attach at least as much weight to the credibility of US undertakings.