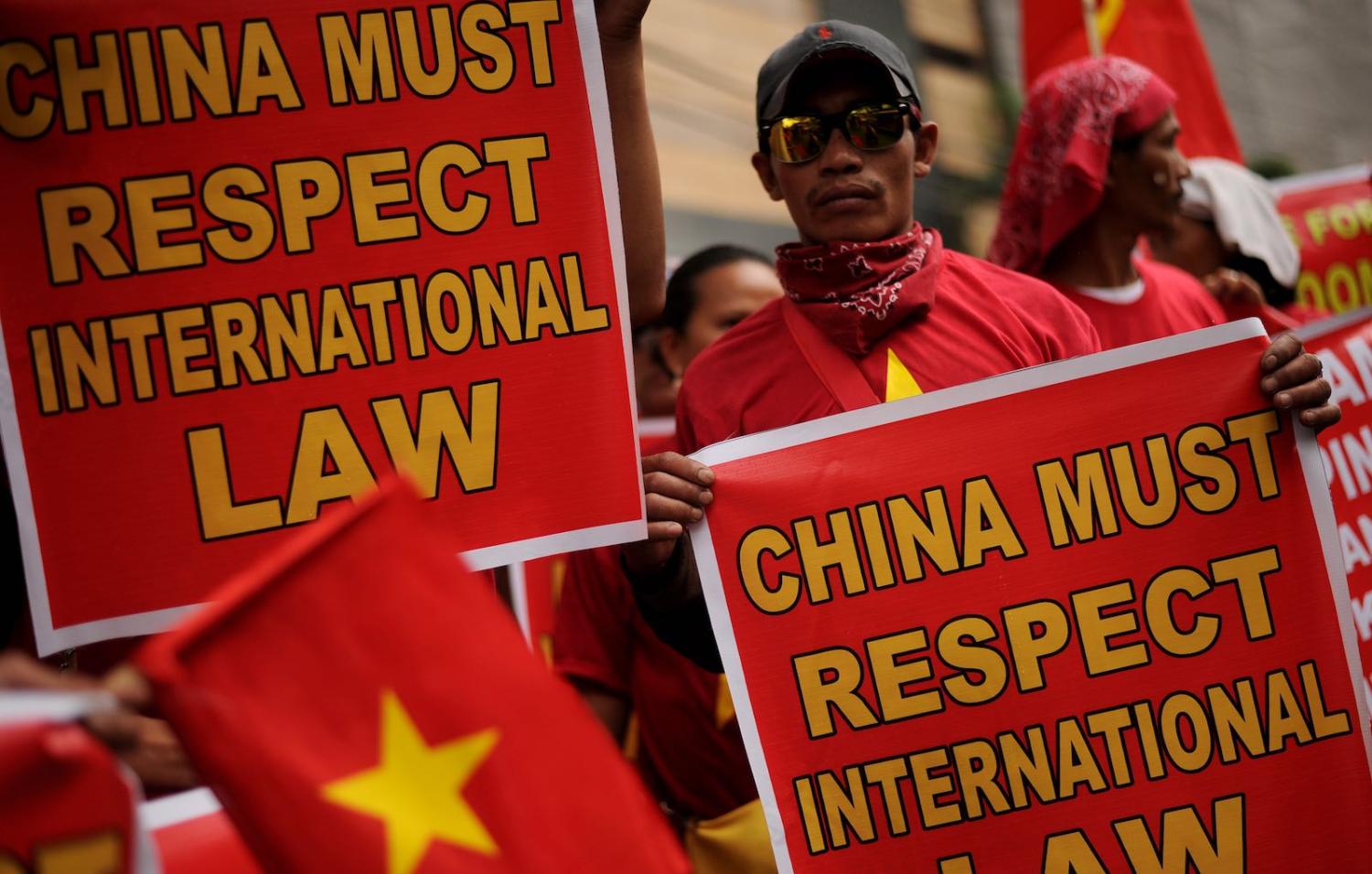 Tensions have risen once again in the South China Sea. For weeks, Chinese and Vietnamese coastguard vessels have been involved in a confrontation after the Chinese survey ship Haiyang Dizhi 8 (HD8) entered waters near the Vietnam-controlled Vanguard Bank on 3 July. The incident has upset both Hanoi’s leadership and the Vietnamese public, and led the US to criticise Beijing for “bullying behaviour” in the area. The ship briefly left the region to resupply, only to return in recent days.

This latest stand-off harks back to a similar incident five years ago following the intrusion of a Chinese oil rig, which at the time triggered a wave of unprecedented anti-China protests and riots in Vietnam and brought relations between the two communist regimes to their lowest point since the bloody border war in 1979.

So the tension at Vanguard Bank hardly represents the first time Chinese ships have infringed on Vietnamese territorial waters or faced allegations of pressure on resource projects. However, Hanoi views this latest incident differently.

The Vanguard Bank basin is the westernmost reef of the Spratly islands and is known for its rich oil and gas reserves. The area also hosts Vietnam’s strategic DK1 oil rigs, a collection of around 24 service stations considered to be “ocean fortresses” to fend off intruders. The reef sits well within the 200 nautical miles of Vietnam’s exclusive economic zone (EEZ) set down by the United Nations Convention on the Law of the Sea (UNCLOS), so is too important for Vietnam – economically and politically – to concede.

This latest standoff again highlights China’s willingness to use coercion instead of following international law. Beijing has always contested the UNCLOS interpretation used by Vietnam and other claimants, invoking the so-called nine-dash line to justify its claim to historic rights to literally the whole South China Sea. The nine-dash line runs as far as 2,000 kilometres from the Chinese mainland to within a few hundred kilometres of the Philippines, Malaysia, and Vietnam.

Military outposts on artificial sites scattered from the Paracel islands to the Spratlys, gives China the upper hand over its much weaker neighbours.

In 2016, the Permanent Court of Arbitration in The Hague dismissed the nine-dash line claim as groundless. Yet instead of working through the issues by legal means, Beijing continues to adopt a unilateral approach.

Its first tool is economic coercion. Beijing aims to limit the issues to what is described in negotiations over a code of conduct to govern the area as a “regional affair”, seeking to bar cooperation with “companies from countries outside the region”. In other words, China wants to ensure other countries only enter into joint ventures in the South China Sea with Chinese state-owned oil companies. Beijing’s threats against Vietnam over an oil exploration project by Repsol (Spain) and Exxon Mobil (United States) clearly reflect this effort to restrict the area. By creating disputes and discouraging foreign companies from investing in the region, China is seeking to coerce Southeast Asian claimants to accept its proposals.

At the same time, Beijing continues to boost its military presence, including its fishing militia fleet, in the region. This, along with at least 27 artificial military outposts scattered from the Paracel islands to the Spratlys, gives China the upper hand over its much weaker neighbours. With the artificial islands, Chinese naval forces now possess strategic shelters in the areas far from its main naval base in Hainan. These outposts will provide necessary logistics to sustain Beijing’s aggressive actions, whether in the waters close to Indonesia, Malaysia, or the south of Vietnam. (The survey ship HD8 refuelled at Firey Cross Reef.)

Intrusions by survey ships into other countries’ EEZ waters is only one tactic. Last month, China also held military drills, including firing ballistic missiles, in the South China Sea. The warning message is clear.

The annual storm season in the South China Sea is approaching, so China’s survey ships may soon retreat. But Beijing’s claims over these waters will not. As China’s economy continues to stall, particularly as the result of the trade war, Beijing may seek to stir nationalism to distract the dissatisfied public. The South China Sea, Taiwan, and Hong Kong are all good targets.

Outright conflict over the South China Sea seems unlikely. But the “salami-slicing” and gray-zone tactics pose serious problems to other claimants, as well as stakeholders such as the United States. As countries lose bit by bit, the view in Beijing is China will ultimately prevail. None of this is new, but the intensity of China's recent actions in Vietnamese waters shows China is not being deterred.

Previous Article
Keep calm and fly on … unless someone stops me
Next Article
Timor-Leste, 20 years on

Britain and Australia aren’t actually treaty allies – they should be

Only a formal deal will lock in the gains under AUKUS against future uncertainty.
Elise Thomas 20 Sep 2018 06:00

Away from Bangladesh, another danger may be brewing for the Rohingya refugees, those who fled to India.
Nicole Talmacs 24 Sep 2018 15:48