A loose arrangement between Australia and Indonesia over the uninhabited islands is set to become a little less loose. 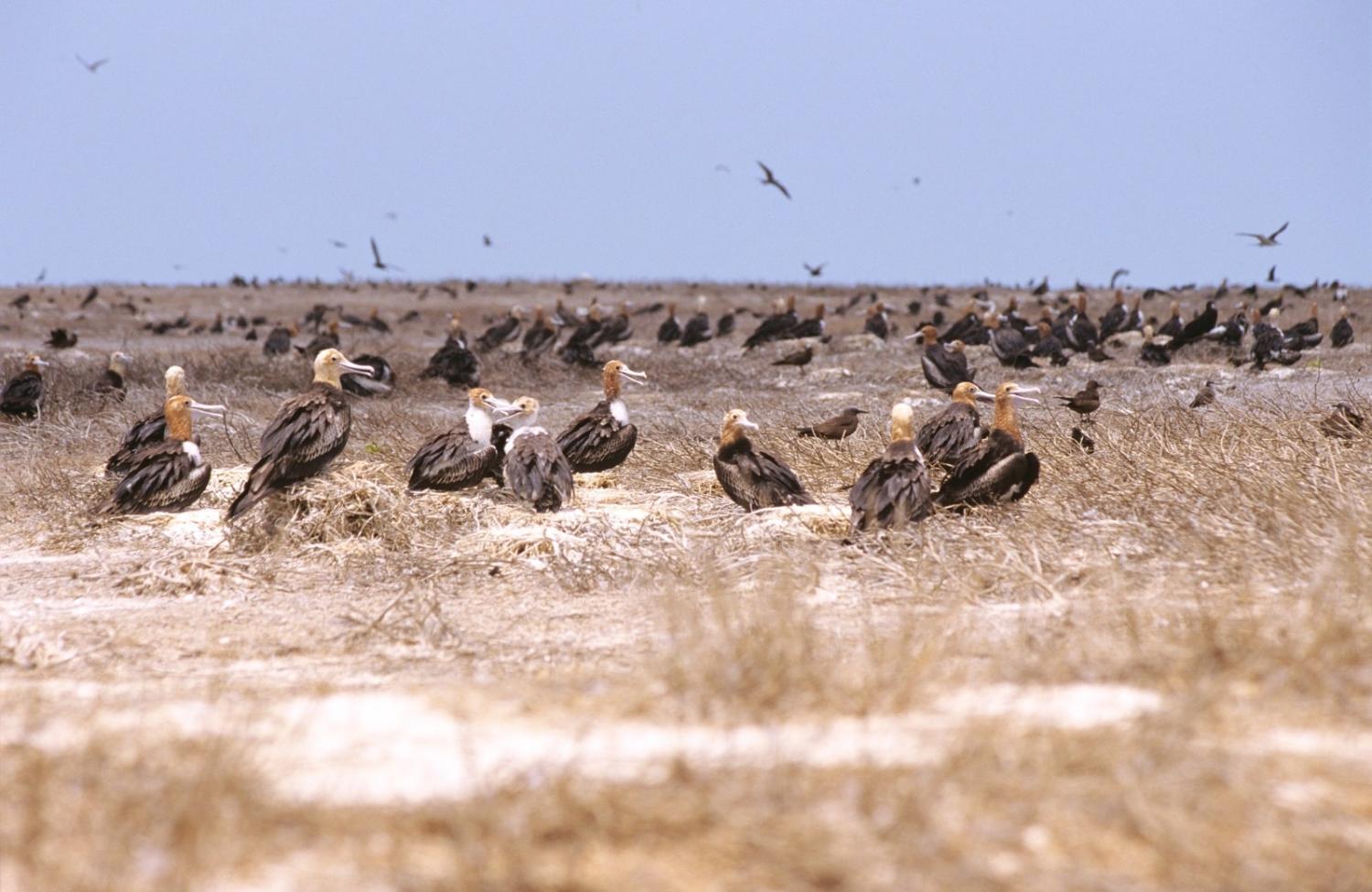 Middle Island, one of the three uninhabited Ashmore Islands, is home to thousands of seabirds (Auscape/Universal Images Group via Getty Images)
Published 3 Nov 2022

Is Ashmore Reef part of Australia? That should be a relatively simple question to answer. The reef is an area of approximately 583 square kilometres, and encloses three islands – East, Middle, and West – that make up the Ashmore Island group. The Ashmore Islands and the reef are located 840 kilometres west of Darwin, 610 kilometres north of Broome, and 170 kilometres south of the Indonesian island of Roti. The three Ashmore Islands and adjoining reef have formally been a part of Australia since the Ashmore and Cartier Islands Acceptance Act 1933 entered into force on 3 May 1934. That followed King George V signing an Order-in-Council on 23 July 1931 placing the islands under Australian control.

However, there has always been a certain ambiguity about the status of the reef and the islands since November 1974 when Australia and Indonesia signed a Memorandum of Understanding permitting Indonesia fishers to undertake traditional fishing practices in the area. There have also been increasing reports of illegal Indonesian fishers operating in the reef.

The status is now in the spotlight following recent statements by Indonesia’s Tourism Minister Sandiaga Uno demanding that Australia hand over the islands and reefs to Indonesia. This raises the spectre of Australia and Indonesia being involved in a territorial dispute with significant maritime dimensions.

Fishers from what is now Indonesia most probably have been accessing the waters around the Ashmore Islands for centuries.

The Ashmore Islands are all low and made up of coral and sand, with only minimal grass cover. The surrounding Ashmore Reef is part of a continental shelf-edge reef system, and is the centrepiece of the Ashmore Reef Commonwealth Marine Reserve. The first recorded European sighting of the islands occurred in 1811. British interest in guano deposits on the islands arose in the mid to late 19th century, and the islands were formally claimed by Britain in 1878. The islands were not part of Australia in 1901 at Federation, and the formal transfer of Britain’s claim to Australia occurred in the 1930s. The transfer of formerly British claims to islands and lands to Australia was not uncommon. Australia’s formal acquisition of its Antarctic territories from Britain also occurred in 1933.

Fishers from what is now Indonesia most probably have been accessing the waters around the Ashmore Islands for centuries. There are numerous European reports of Indonesian fishers seeking out trepang or bêche-de-mer (sea cucumbers) in the area from the early 1800s, with that activity continuing into the 20th century. Despite the clear interests of Indonesian fishers, there is no recorded evidence of any formal Dutch claim to the islands at the time of Britain’s 1878 annexation. While how the islands came into Australia’s possession may seem remarkable by current standards, the annexation of islands by colonial powers in the 19th and early 20th century was commonplace. Occasionally, disputes would arise over the legitimacy of these claims. Most were resolved diplomatically. Often, the islands were so small as to be seen as insignificant at the time. The three Ashmore Islands have, for example, a combined land area of 1.12 square kilometres, the largest being about one kilometre long.

Notwithstanding Australia’s apparent unquestioned sovereignty over the islands, it is also remarkable that Australia was prepared in 1974 to concede to Indonesia access rights for traditional fishers. At that time, access rights and concessions for traditional or artisanal fishers were uncommon in international law. However, the context here is important. In the early 1970s, Australia was keen to settle a number of maritime boundaries with Indonesia in the Timor and Arafura Seas. Those were satisfactorily resolved in 1971 and 1972, however, the more extensive maritime boundaries between the two countries, west of Timor and extending into the Indian Ocean, remained problematic. The 1974 MOU was therefore an interim measure that provided some recognition of potential Indonesian interests in the area without ceding Australian sovereignty over the islands.

These arrangements were occurring at a time of considerable development in the law of the sea, which was settled in 1982 with the conclusion of the United Nations Convention on the Law of the Sea (UNCLOS). This resulted in islands having an entitlement to a 200 nautical mile exclusive economic zone (EEZ), and a minimum 200 nautical mile continental shelf, subject to other neighbouring claims. Australia’s consistent position has been that the land area comprising the Ashmore Islands is eligible for its full UNCLOS maritime entitlements, the effect of which is to further extend Australia’s maritime domain offshore the Australian continent in the eastern reaches of the Indian Ocean.

Australian sovereignty over the islands is well settled and uncontested. There is no evidence of any competing formal Indonesian claim to the islands.

UNCLOS spurred Australia and Indonesia into eventually negotiating the 1997 Perth Treaty, which settled EEZ and continental shelf boundaries in the Indian Ocean, including offshore the Ashmore Islands and Australia’s other Indian Ocean islands, including Christmas Island. The Perth Treaty, however, has never entered into force due to a reluctance on Jakarta’s part to formally ratify it. Though the Perth Treaty boundaries are respected, there remains the prospect Indonesia may one day ask Australia to renegotiate.

But what of an Indonesian claim to a maritime entitlement? That the 1974 MOU has been in place for such a long time is exceptional for a relatively informal agreement, especially given the developments that have taken place in the law of the sea since then. That Indonesia has yet to ratify the Perth Treaty is also unusual. Indonesia also remains mindful of the maritime boundary struck with Timor-Leste following conclusion of the 2018 Timor Sea Treaty. Those boundary arrangements are much more favourable to Timor-Leste in the Timor Sea than the equivalent maritime boundaries Australia concluded with Indonesia in the 1970s.

Sandiaga Uno’s demand with respect to Indonesian interests over the Ashmore Islands may simply be an ambit claim that could result in litigation before Australian courts, or it could possibly be the first foray in an Indonesian diplomatic initiative to get a better deal for Indonesian fishers in the reefs around the islands that extend into the Indian Ocean.

Resolving some of the South China Sea’s longest running issues needs a policy toolkit that is customised and diverse.
James Goldrick 10 Apr 2018 12:00

Getting our maritime security effort right

The time has clearly come for a careful examination of what Australia needs in a civil maritime security organisation.
Elise Thomas 15 Jan 2019 12:30

Cue the crickets: conspiracies and headaches in Havana

Few noisy bugs and heap of hype is telling of the conspiratorial flavour in contemporary international politics.