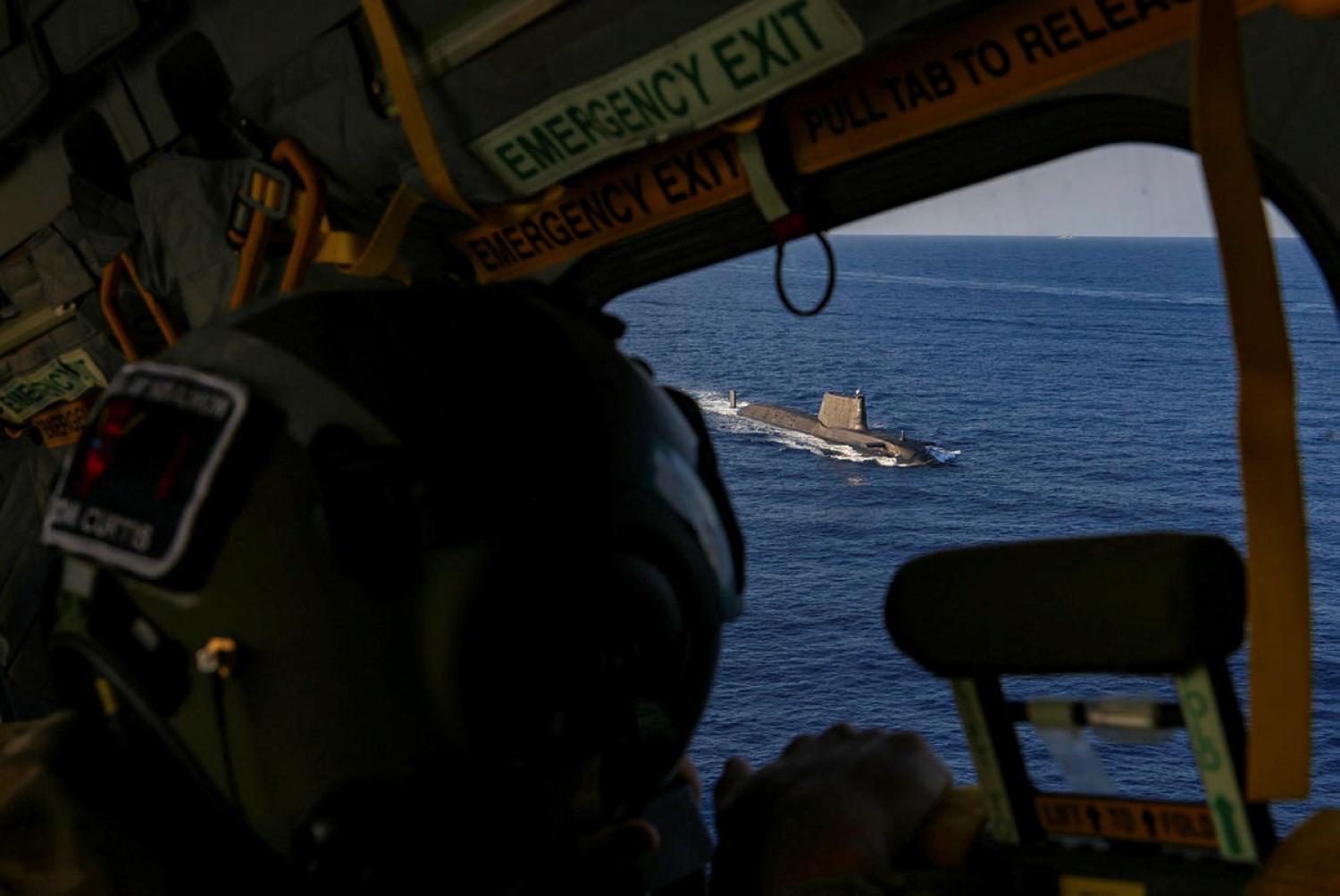 The buzz about an impending big announcement started the night before. But when the leaders from Australia, the United Kingdom and United States stood in a virtual press conference on 16 September to reveal Australia would eventually acquire nuclear-powered submarines, Sam Roggeveen’s first reaction was to see a momentous change.

It is impossible to read this as anything other than a response to China’s rise, and a significant escalation of American commitment to that challenge.

France’s Emmanuel Macron, however, saw only an extraordinary betrayal over Australia’s sudden cancellation of a $90 billion contract with France. John Sexton:

Australia rarely makes the headlines in France but when it does, it’s usually for something bad. And from a French point of view, the Australian decision to turn its back on a done deal with France in favour of an offer of nuclear submarine technology from Britain and the United States is bad – very bad.

But it was manner of the snub, as much as lost income, that Eglantine Staunton saw driving anger in Paris:

To fully understand the French response to AUKUS, it is important to realise that this is not only about the deal, but also about the way it was handled.

But what of the boats themselves? Oriana Skylar Mastro and Zack Cooper acknowledged the French outcry and the technical questions about acquisition. The deal itself was more important.

The strategic logic of Australia acquiring nuclear-powered submarines justified the agreement. But for those who disagree about the value of the submarines, this should not by itself obviate the logic of the larger AUKUS deal. Australia and many other US allies and partners in the Indo-Pacific have long sought a clearer US commitment to the region and to their defence. That is what AUKUS provides.

Yet what of Trumpism, wondered Ben Scott?

Australia endured the Trump presidency better than perhaps all other US allies and partners, but there is no guarantee it would do so a second time around. Although Trump ended his term in an anti-China stance, he never showed much interest in non-economic competition, often appeared eager to cut a deal with Chinese President Xi Jinping.

And why was China’s reaction so relatively muted? Jia Deng.

The diplomatic language amounted to a mild rebuke. Beijing’s wrath is usually expressed through much stronger phrases, highly charged with paranoia … Some clues might be found in another high-profile case unfolding around the same time. Barely a week after the AUKUS launch, Huawei’s Meng Wanzhou’s return to China swamped the news.

There would be consequences, for Australia’s ties with Indonesia, for example – although Johannes Nugroho cautioned the relationship would not turn sour in the long run.

Prime Minister Scott Morrison’s government seems to have turned its back on Australia’s newer partners in Asia in favour of older bonds with historical allies in the Anglosphere … Given that Indonesia will not be seen to align itself with either the US or China, AUKUS presents both challenges as well as opportunities.

Australia has a rich history in influencing and shaping state behaviour within the nuclear regime and this new agreement could be the cornerstone for Australia to lead in addressing the proliferation and disarmament issues raised by the nuclear naval reactor.

Still, Hugh White had a nagging sense that Australia might be making the wrong choice by favouring a handful of nuclear subs (SSN) over a larger fleet of the conventional variety (SSK).

So let’s not assume that, all other things being equal, an SSN fleet is necessarily better operationally than an SSK fleet. And, of course, all other things are not equal. Issues of risk, schedule, local content and sovereign control also come into it, and on all those grounds the SSK should win hands down.

If AUKUS is a signal of American commitment to Asia, it is a weak one because AUKUS carries no major costs or risks for the United States, just a lot of economic benefits … The real point is that military capabilities can drive policy – what you have determines what you do … when (if) Australia get long-range nuclear-powered boats, it may be asked to contribute to operations that a future Australian government would rather avoid.

When tackling China over subsidies, countries might reflect on which comparable industry support they might forgo.
Erin Mello 19 Dec 2022 14:00