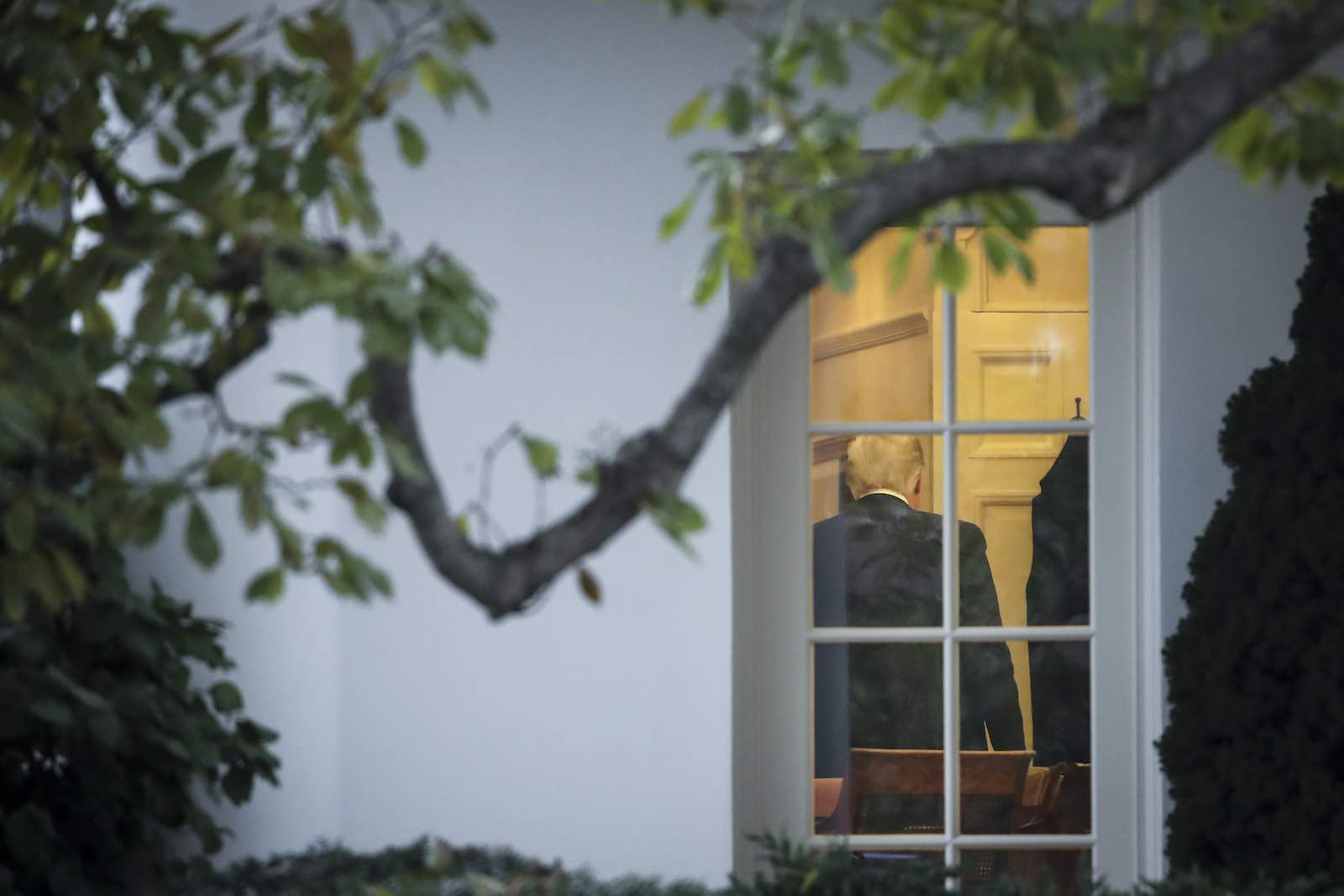 The filmmaker Martin Scorsese recently got into trouble for an off-the-cuff remark he made about the differences between Marvel superhero movies and cinema as an art form. Scorsese’s follow-up explanation of these differences provides some insight into why the Trump administration, as political drama, has been deeply unsatisfying until recently.

Scorsese explained that cinema is about revelation and characters:

… the complexity of people and their contradictory and sometimes paradoxical natures, the way they can hurt one another and love one another and suddenly come face to face with themselves.

Scorsese argued that Marvel movies lack “mystery, revelation or genuine emotional danger. Nothing is at risk.”

In Scorsese’s new film The Irishman Al Pacino’s portrayal of the darkness and light within Teamster leader Jimmy Hoffa invites the audience to struggle with their affection for him. This reminded me of the classic American political novel, All the King’s Men, in which readers are confronted with the personal and political corruption of a character inspired by the 1930s demagogue Huey Long of Louisiana.

Donald Trump, the demagogue in our current drama, is not necessarily all darkness but he is unchanging and therefore uninteresting. The scandals associated with this administration – including the phone call with Ukrainian President Zelensky that prompted impeachment – tend to follow a predictable script. The facts are rarely in dispute. By comparison, the Watergate investigation took years to determine what President Richard Nixon knew and when he knew it. With the current administration’s scandals, Trump reduces the tension almost immediately, clarifying and often amplifying the self-serving nature of his actions.

When Trump was elected, the Republican Party, with full awareness of Trump’s anti-democratic impulses, decided that they would stick together and ignore/manage his deficiencies in order to gain maximum political advantage from his presidency.

When Trump was elected, the Republican Party, with full awareness of Trump’s anti-democratic impulses, decided that they would stick together and ignore/manage his deficiencies in order to gain maximum political advantage from his presidency. So, Republicans largely remained silent as Trump fired the FBI director, publicly embraced dictators while criticising US intelligence and law enforcement, equated neo-Nazis with counterdemonstrators in Charlottesville, and caged asylum seekers.

A September 2018 opinion editorial in the New York Times, penned by a senior White House official, provided a clear articulation of the Republicans’ approach to Trump. The anonymous official described an internal resistance working within the administration to derail the President’s “misguided impulses”, and offered Americans reassurance that despite all the chaos in the Oval Office, “there are adults in the room.”

“Anonymous” appealed directly to establishment Republicans by linking Trump’s “amorality” and lack of “first principles” to his lack of affinity for “ideals long-espoused by conservatives: free minds, free markets, and free peoples”.

Trump accused the writer of treason. Members of Trump’s cabinet were tripping over each other to be the first to deny that they were involved. Republican Members of Congress publicly rushed to the President’s defence and decried the presence of a deep state. Democrats, out of power and seething with frustration over the prevalence of the “adults in the room” justification, called for Anonymous to come out publicly.

Bob Bauer, former White House Counsel to President Barack Obama, summarised the opinion of the mainstream legal community when he referred to this internal resistance as “a constitutionally irresponsible choice”. Bauer further highlighted that this approach “can only fuel or sustain, rather than contain or resolve, crises arising from a president’s anti-democratic impulses and actions.”

But the storm passed. With few exceptions, the people serving in the administration remained silent. The Mueller report fizzled out and once the Democrats won back the House, Speaker Nancy Pelosi focused her caucus on producing progressive legislative policy.

Without the whistleblower report on Trump’s call with Zelensky we might still be plodding along in this uneventful storyline. The Democrats’ decision to launch an official impeachment inquiry effectively “pierced the veil” of the Trump White House, State Department, and Defense Department. Career public servants such as Ambassador Bill Taylor and Lieutenant Colonel Alexander Vindman have emerged as heroes for the Democrats.

Further, the deposition transcripts that have been released by Congress offer a specific, tangible picture of the personal risk associated with working on foreign policy for this President. Among the political appointees drawn into advancing the off-the-books Ukraine policy led by Trump’s personal lawyer Rudy Giuliani we see angst and rationalisations and other mental gymnastics.

Consider former Ambassador Kurt Volker who served as special US envoy to Ukraine for its peace negotiations. Volker, who built his career in the public service, is implicated in the Giuliani scheme and yet appears to have been a sincere proponent of advancing the official US policy in Ukraine. In the transcripts of Volker and others you can see that there was a temptation to give a little in order to “stay in the room” and ultimately do what’s right for the country.

But it’s never going to be enough when you’re working for someone who has spent his life operating outside the boundaries. The senior Republican official who wrote the anonymous op-ed last year now has a book out in which he/she acknowledges:

I was wrong about the “quiet resistance” inside the Trump administration. Unelected bureaucrats and cabinet appointees were never going to steer Donald Trump in the right direction in the long run or refine his malignant management style. He is who he is.