Best of The Interpreter 2019: The rising climate chorus

For a world joined by an ideal of united nations, the response to global warming has shown anything but. 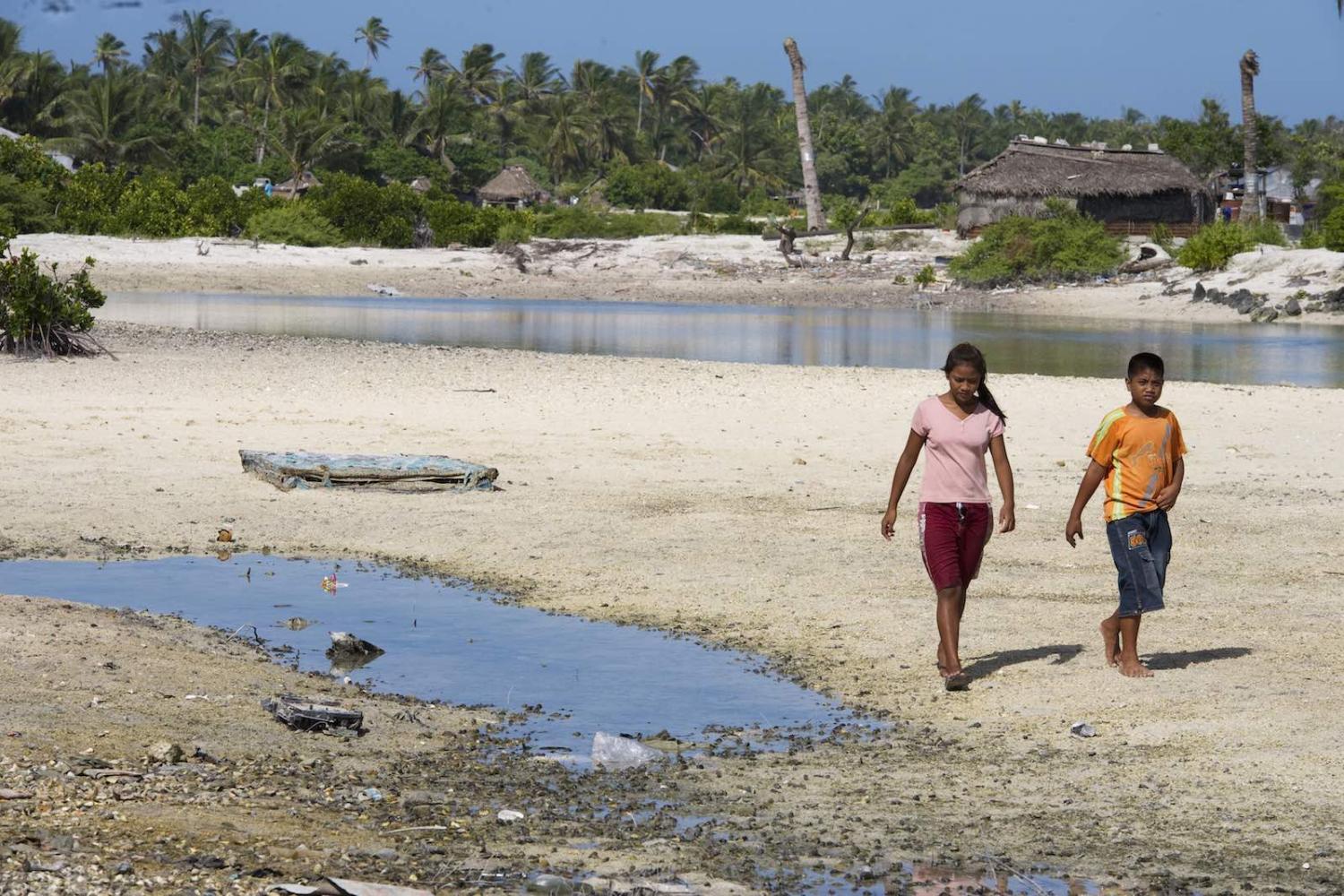 The annual Lowy Institute poll has tracked Australian attitudes on the environment for more than a decade, a mirror of the political vicissitudes in the country. The 2019 results led Matt McDonald to ask, are Australians more worried about climate change, or climate policy?

One fascinating feature of the Lowy poll figures on climate change concern since 2006 is the seemingly inverse relationship between public concern and policy ambition. The high point of support for action on climate change was the first year of the survey in 2006 (68%), when John Howard was overseeing continued rises in greenhouse emissions and refusing to ratify the Kyoto Protocol. This began to drop quickly and significantly under Labor governments, reaching a low point when the carbon tax came into effect in 2012 (36%). Under subsequent conservative governments from 2013, when Tony Abbott was elected promising to repeal the carbon tax, public concern has steadily grown to the current figure of 61% (2019).

For Johanna Nalau, adaptation is key to protecting people’s livelihoods under the “new normal” of a changed climate.

The case for climate action is now more urgent than ever, in both reducing greenhouse gases and also preparing our communities in adapting to change, and the majority of Australians support strong climate action. Yet adaptation is going to have to occur no matter what, given the massive changes already locked in to the climate system. We still need to keep a close eye on emerging trends in these changing conditions, to identify when we have moved to a new normal, where different kinds of actions are warranted.

Australia is far from alone in what is, after all, a global fight. Kumuda Simpson wanted to know, just how green is China’s Belt and Road?

Despite the positive talk and diplomatic signals, China’s environmental footprint is worryingly large in terms of both climate change and global biodiversity.
In many ways, Xi’s flagship program for infrastructure investment is facilitating a shift of environmentally destructive policies away from China to other countries, all while the Chinese Communist Party (CCP) publicly claims the mantle of green leadership.

And Lauri Myllyvirta and Fergus Green cast doubt on one of China’s vaunted programs at home, a scheme to reduce carbon intensity.

Another problem is that price signals are ill-suited to many parts of China’s economy, including some of the most emissions-intensive sectors. In the power sector, for example, the government regulates power prices and provides a range of subsidies to different power sources. There is a push for making wind and solar "subsidy-free", meaning that their tariffs are to be matched to coal plants. But coal plants enjoy gargantuan direct and indirect subsidies.

What of Southeast Asia, where population density is high, yet the availability of farming land is low? Already water is running out on Java, Indonesia’s most populated island (see Kate Walton). Frederick Kuo looked at the challenge to food supplies in the wider region, and whether technology could be the answer.

With Southeast Asia’s current population of 600 million expected to climb up to 750 million by 2035, it is clear what devastation could be wrought by rising sea levels, rising average temperatures and increasingly extreme weather patterns. Rice, the most common staple in the region, is particularly vulnerable to these changes. The Asian Development Bank estimates that Southeast Asia’s GDP could be cut by 11% as industries such as agriculture and fishing are decimated by climate change.
Barring significant technological breakthroughs, rice yields in Indonesia, the Philippines, Thailand and Vietnam could sink by as much as 50% over the course of the 21st century.

Pat Conroy argued climate change should be seen as a national security issue.

In April, the US Air Force Chief of Staff General David L. Goldfein, cited the conflict in Syria as an example of how climate change’s impact is already destabilising some nations. “Most don’t remember what caused the Syria conflict to start,” he told a Senate Armed Forces Committee. “It started because of a 10-year drought.”

[The] message could not be clearer or more important – climate change is real and the future of their children and all the children of our Blue Pacific is uncertain – unless urgent, ambitious action is taken to limit global warming to below 1.5-degree Celsius.

Greta Thunburg, later named Time’s Person of the Year, spearhead a campaign to encourage the world to fly less, simply because, as an unabashed Mark Beeson explained, it’s the right thing to do.

The inconvenient truth is that most of the world’s population are – or would like to be – more like me: shameless frequent flyers who use up more than their fair share of the world’s resources. What adds an extra layer of hypocrisy to my position and that of many of my well-intentioned and earnest academic colleagues is that we feel compelled to fly around the world – usually at the long-suffering taxpayer’s expense – to tell each other that things really need to change.

Could nations wind up in court for failing to take action to arrest global warming? Tim Stephens.

Australia successfully challenged the legality of Japan’s whaling program in the Southern Ocean. Other environmental cases in the International Court of Justice have not been as successful, such as the Nuclear Tests Cases brought by Australia and New Zealand against France in the 1970s … Yet the proposal has now moved far beyond the classroom. At the meeting of the Pacific Islands Forum in Tuvalu in August 2019, Pacific leaders were presented with the advisory opinion idea.

Later in the year, Australia got bogged down in an ugly political debate at home about the influence of climate change on fires raging in eastern states, including a searing blaze that threated Emond Roy’s family home.

The first call came in at six o’clock in the morning. There is a huge bush fire building up in your area, it said, and it may be advisable to leave your home. No one imagines their home would be affected and like everyone else, I too thought it would not happen to me. Bushfires are a common occurrence in this part of the world but we have resources on hand to control it, or so we thought. The problem was this was no ordinary bush fire.

Yet in an upbeat assessment, Stephen Grenville used a new book by economist Ross Garnaut to argue the prospects for investing in renewable energy might just match the public mood.

Within all the fraught politics of the carbon debate, the problem of intermittency is being addressed. Not solved, to be sure. But addressed with substantive examples of the way forward. Snowy 2.0, South Australia’s Big Battery, and connectors between grids (including Tasmania’s hydro) illustrate what can and should be done. And these projects have been initiated with a federal government that displays little concern for the climate and a strong private-sector ethos. How miraculous is that?

Previous Article
Best of The Interpreter 2019: A festival of democracy
Next Article
New Year on Australia’s fire ravaged coast

Practical action will meet a financial pledge to the poorest countries on the planet.
Christopher Mudaliar 19 Nov 2018 12:00

The EU States recognise that changing the approach taken by UNIFIL would risk making their troops a target of violent resistance.