Celebrating under a shadow cast by war. 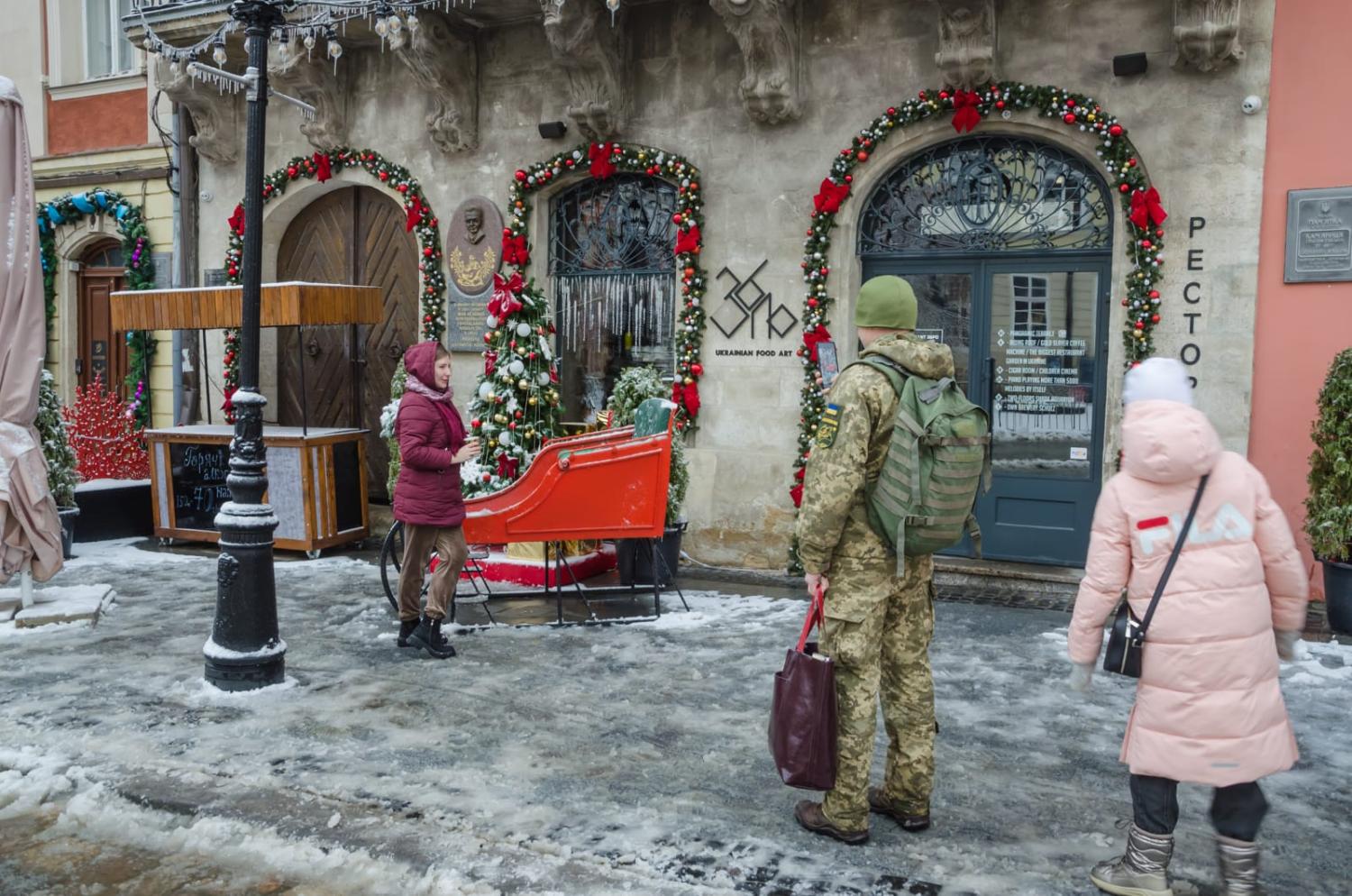 What’s awaiting you under the Christmas tree this year? A bottle of something for the top shelf? That newly released book on international relations? Perhaps just a new pair of socks. In Ukraine, only a lucky few will be asking for the things that make the retail economy go round. Millions of Ukrainians will instead be asking for the guns to fall quiet, another shipment of Javelin missiles, or news from their family fighting on the front lines.

As in any nation with diverse confessional traditions, Christmas in Ukraine is observed on denominational lines. For the Orthodox majority who observe the Julian calendar, Christmas falls on 7 January. For the 3.5 million or so Ukrainians who consider themselves Catholic, and a growing number of Western-inclined agnostics, Christmas instead arrives on 25 December. For both denominations, however, Christmas Eve is a special time, marked by family gatherings and Svyat Vechir/Sviata Vecheria (Holy Dinner).

This year, and perhaps for several still to come, Christmas in Ukraine will be observed under the long shadow cast by war. In Kyiv, it’ll be kutia (a kind of boiled wheat pudding, mixed with poppy seeds and honey) by candlelight – Russian missiles have plunged the city into darkness. The carolers that, in normal times, would be going house to house across the country singing kolyadki will instead be silent. For others, displaced to Warsaw and Berlin and Prague, this Christmas will be spent in a foreign land, grateful for the hospitality, but still dreaming of returning home one day.

Despite, or perhaps partly because of these desperate circumstances, this Christmas will feel very different for Ukrainians. But for many, its rituals will assume a new air of importance. They will be the rituals of people living in a war zone: anguish will mingle with hope, defiance, and the determination to resist.

In the long, rambling speech he delivered on the eve of his invasion, Russian President Vladimir Putin sought to deny the legitimacy of Ukrainians’ desire to exist as a separate nation. Ukraine, he claimed, forms “an inalienable part of our [Russia’s] own history, culture, and spiritual space”. Morally, the speech is a catastrophe. Historically, largely illiterate. And yet – it reflects beliefs commonly held across Russia.

Putin and his ideological fellow travellers construct Russia’s modern territorial claims to Ukraine on two foundations: the dissolution of the Soviet Union, and common cultural ancestry. Russian nationalists believe that Russians and Ukrainians are siblings, born to the Kyivan Rus protostate that spanned modern-day Belarus, Ukraine and western Russia. Specifically, this school of thought pinpoints the conversion of its ruler Volodymyr the Great in 988 as the date of birth. Russian nationalists appeal to this shared history to justify Russian hegemony. But just because two stories began at the same place, does not mean they must reach the same destination.

Putin was blind to the truth: that, year after year, and Christmas after Christmas, Ukrainians were forging an identity uniquely their own.

Religion is one of the biggest of the many battlefields upon which the war in Ukraine is being fought. On 5 January 2019 – the day before Orthodox Christmas Eve – the Orthodox Church of Ukraine was granted self-governing status by Constantinople, confirming its split from the Russian Orthodox Church. Russia’s annexation of Crimea, and its hardening of “non-Russianness” as a cornerstone of Ukrainian identity, made the split inevitable. The head of the Russian Orthodox Church, Patriarch Kirill, has been Putin’s most reliable cheerleader throughout the current war, dutifully clapping like a seal and gladly forsaking his spiritual duty whenever directed.

The idea of Ukraine as hopelessly torn between Europe to the west and Russia to the east is a cliché we should discard. Politically, the majority of its people see their future in Brussels, not Moscow. The war is as much an effect of that decision as a cause. Culturally, there was a time when the answer was less clear. One could, if so inclined, point to similarities between the Russian and Ukrainian languages, shared religious faith, or the high levels of migration between the two countries. But every similarity, every olive branch, has been destroyed by Vladimir Putin’s determination to fuse together two entities that are no longer meant to be one.

History books groan with tales of dictators who launched wars because their nation is different from their neighbour. Putin launched his because he believes that Russia and Ukraine are the same. He was blind to the truth: that, year after year, and Christmas after Christmas, Ukrainians were forging an identity uniquely their own.

This Christmas, whenever you observe it, consider lighting a candle for Ukraine. Even better, borrow a Western Ukrainian (and Polish) tradition – leave an extra place at the table for a stranger who might wander unexpectedly into your home from outside. And, if there’s room in your heart but not at your table, consider making a donation to one of the organisations contributing to the defence of the Ukrainian homeland.

With memories of a five-year civil war still vivid, there is cautious optimism a move to a Federal system will help the nation prosper.
Ian Hill 30 May 2022 05:00

Economic diplomacy: Building back better with frenemies after Ukraine

Foreign policy concepts are subtly infiltrating Australia’s federal election campaign in the shadow of an invasion.