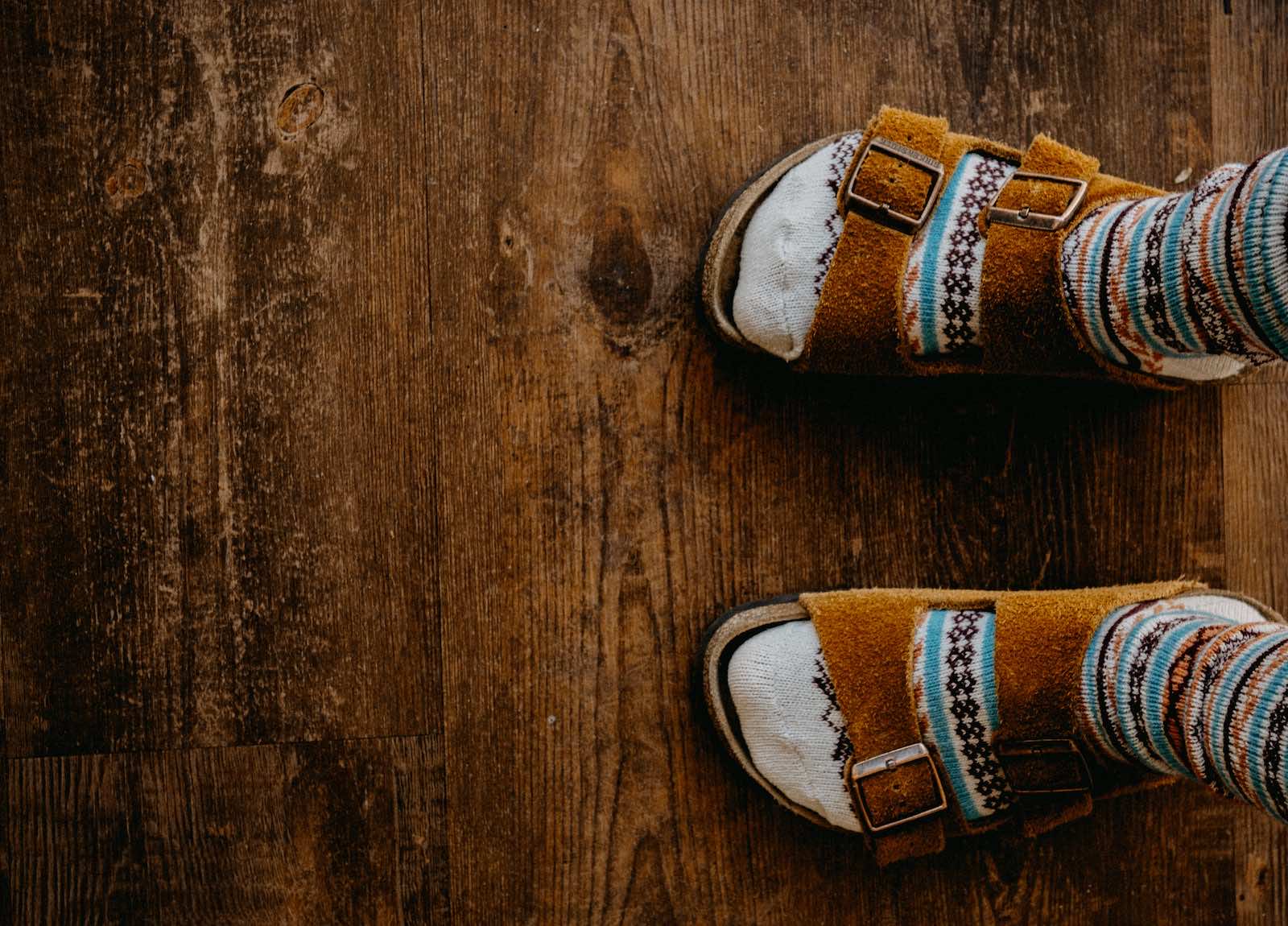 These Birks were made for walkin’

In the end it seems, like politics, all trade is local. It has been a big year for reshoring, diversification, logistics log jams and, as Joe Biden memorably told his voters, “something called supply chains”.

And all that has filled plenty of media and thinktank space like this.

Are the trade sinews of the modern global economy comprehensively failing? Or are they just being overwhelmed in the short term by cashed up savers from the pandemic just ordering too much stuff online? This is certainly complex, but here we have tilted a little towards the latter.

But that was until, what will be known in my house as, the great Birkenstock crisis of 2021. This “BSC” challenged the idea that global trade was rebounding and we would return more to the old normal than a new world of much more domestic production.

Just walking in and looking on the shelf still works.

It seems even a 200-year-old shoe manufacturer from Germany, that exemplar of trade and manufacturing, can’t seem to get its stock to Sydney to satisfy Christmas gift plans. One young retailer even confided plaintively she was last told the container left a year ago and there had been no update since then.

But fortunately, while the desired size and model were impossible to find in the modern digital world, the very retro technique of just walking in and looking on the shelf still works. There they were in a shop – about an hour’s drive away from home.

Fortified by the idea that the most rudimentary sort of supply chain distribution still seems to work, it is back to pondering what the future really holds.

Like any good three act drama we have been through the setup where overwhelming demand for supermarket products and personal protection equipment last year exposed some supply chain weaknesses.

This year we had the inevitable plot twists from the remarkable sight of a ship stuck in the Suez Canal to the revealing sight of Biden telling shipping companies to get their act together to prevent empty Christmas stockings becoming the death knell for his re-election chances next November.

The conclusion still remains tantalisingly unclear. Shares in the large Australian retailer Woolworths slumped last week when its chief executive said its supply chains were under “enormous pressure”.  Half the respondents to an Australian Industry Group (AiGroup) survey said things would remain disrupted through 2022.

This crisis tended to arrive in Australia later than the northern hemisphere and has not so far generated quite the same political heat seen in the United States.

But with shipping prices falling on some international routes, there are some emerging reports forecasting bumper retail sales early in the new year as those log-jammed containers finally arrive and the goods have to be sold.

We haven’t had a clear vision from the government about how a trade dependent country with a shrunken manufacturing industry should or can respond to a change in economic circumstances.

The lack of certainty about how all this street level turmoil will play out in geopolitics is neatly captured by the different tone in two new reviews from quite different paragons of the global economy – DHL and Citibank.

DHL’s latest Global Connectiveness Index report declares quite combatively that “globalisation is emerging from the pandemic far stronger than many expected”. And contrary to the forecasts of greater reshoring or regionalisation, the Index shows that international flows between different regions grew faster than flows within regions in the past year. “Trade, in particular, stretched over longer distances as major Western countries relied more on imports from Asia.”

However, while Citibank is relatively optimistic the crisis has peaked with easing seasonal demand, stabilised energy prices and unclogging of ports, companies are still wrestling with the right strategies for the future.

So, the bank, where economists declared globalisation to have peaked in August 2019, says:

The recent experience has highlighted marked vulnerabilities in the approaches that prevailed in the years before the pandemic - and firms are likely to take steps toward increasing the size of their inventories and simplifying the structure of their supply chains.

These tensions have played out at the international relations level in the elevation of economic security in the hierarchy of policy priorities with the new Japanese government setting the new benchmark with the appointment of an economic security minister.

In Australia, Prime Minister Scott Morrison was quick to embrace the language of economic sovereignty when the pandemic emerged last year. There have since been a rolling series of initiatives from manufacturing development subsidies to the new minilateral with India and Japan to build some sort of supply chain cooperation.

But we haven’t had a clear vision from the government about how a trade dependent country with a shrunken manufacturing industry should or can respond to a change in economic circumstances that divides the likes of DHL and Citibank. However, Treasurer Josh Frydenberg made an effort in his September speech which embraced a China-plus trade strategy.

So, amid this uncertainty the AiGroup survey provides an interesting insight into where Australian manufacturing business really is in the globalisation versus reshoring new security debate.

Twenty-eight per cent of respondents are building up their stocks in response to the supply chain disruption in what might be seen as a reversal of the “just in time” approach that was a pillar of globalisation.

But an equal number of businesses are doing nothing at all which would seem to suggest a continuing confidence about how the old system worked. In addition, there is some reshoring going on with 14 per cent trying to find new suppliers inside Australia and 7 per cent wanting to bring production in-house. But 10-12 per cent seem to be in the middle ground of renegotiating with existing suppliers wherever they are or finding addition foreign suppliers.

This suggests there is a gradual but not revolutionary change going on in Australian business.

And the most popular response of building up inventories finds favour in the Citibank research, which suggests:

Weighed against the potential costs of production stoppages, which seem more palpable than a few years ago, the carrying costs of larger inventories might be well justified.

But the gradualism in the survey might also find favour at DHL where the globalisation advocates nevertheless concede: