Russians doubt what they are told about the Ukraine conflict yet their view is still shaped by relentless propaganda. 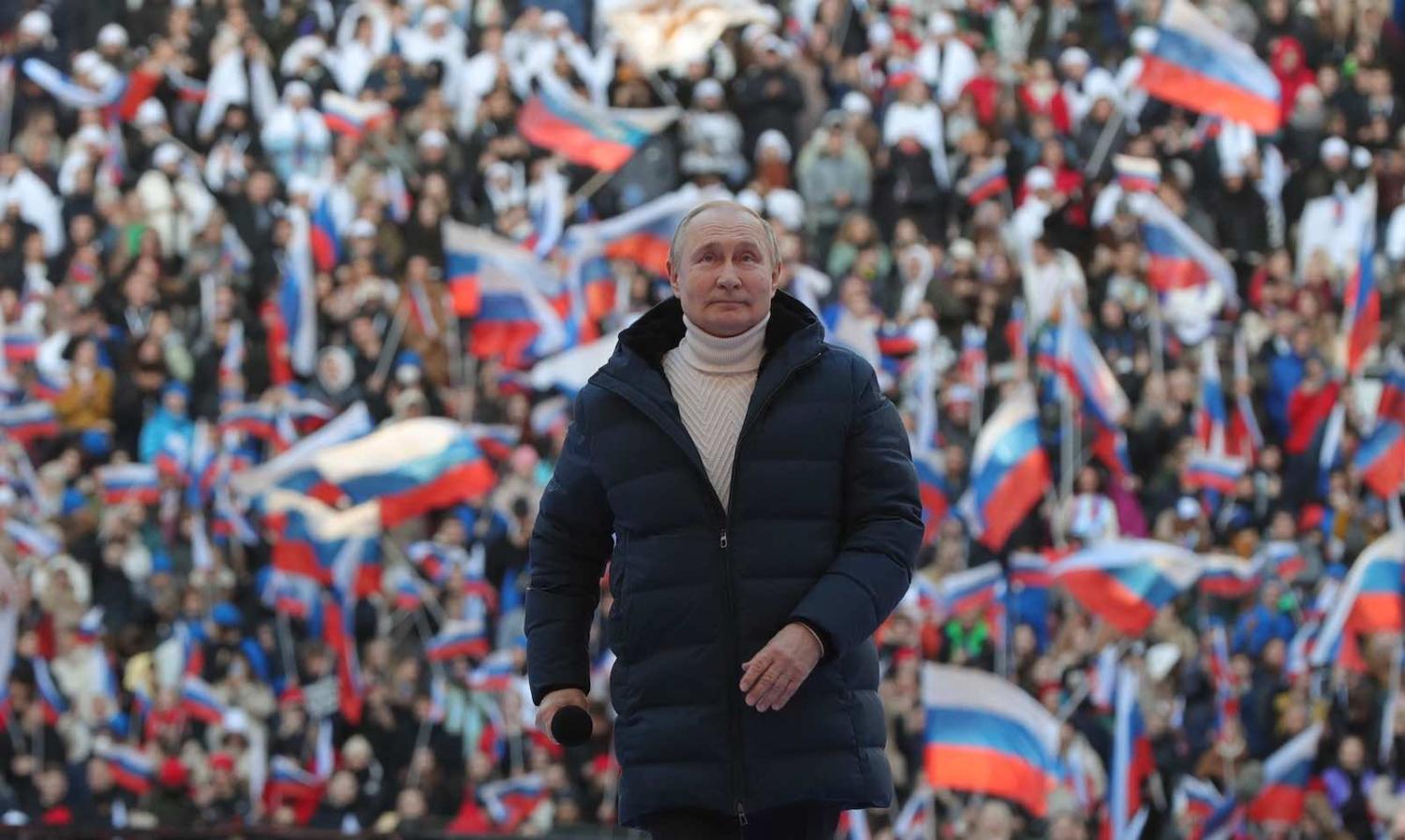 Indeed, paradoxical as it may seem to Western outsiders, they may even be rallying support behind him.

It’s unsurprising pro-government pollsters VTSIOM and FOM portray majority support for Russia’s actions in Ukraine. More revealing is polling by the independent Levada Centre, which found that 81 per cent of respondents approved of Russia’s “special military operation”, while President Putin’s approval rating had increased to 83 per cent.

This data, of course, should be treated sceptically, given the dubious reliability of public opinion polling in a repressive political environment like Russia.

Yet such polls are not implausible.

For a start, they reflect the Kremlin’s near-total dominance of the public information space in Russia. Independent media has either closed down or been crushed, so for many Russians there is only one source of news: state-run or controlled media, especially television, on which most older Russians, and those living outside Moscow and St Petersburg, rely on for information.

Even social media, increasingly used by younger Russians to obtain information, has been either muzzled (Facebook, Twitter and Instagram) or manipulated through information channeling, including disinformation.

The official narrative portrays Russia as the victim: under assault – politically, economically, culturally, and now, militarily – from a hostile West, determined to undermine Russia, using Ukraine as a forward bridgehead. The conflict is characterised as one of necessity, not choice. Use of the emotionally-charged phrase “de-Nazification” exploits, misleadingly, the foundational leitmotif of the modern Russian state – the Great Patriotic War (1941–45) – to bestow legitimacy on the invasion. The assertive nationalism and “siege mentality” underpinning this government spin has been sedulously promoted the past 15 years by the Kremlin through a strategy of patriotic mobilisation in the media, culture and education system.

While support for Putin could prove brittle, it’s at least as likely that isolation and pressure from the West could end up consolidating elite and popular support around an embattled and defiant regime in Moscow.

This reflects the suspicion, insecurities and resentment that pervades the Kremlin’s view of the West – encapsulated in Russia’s revealing new Security Strategy released last year. The Strategy shows the “securitisation” of all aspects of national life, where the Kremlin sees foreign-inspired threats everywhere and in everything.

Yet, even if Russians (instinctively mistrustful of government, and expert at reading between the lines) doubt what they are told about the Ukraine conflict, the pervasiveness of the propaganda tends to shape their world view, deluding them that the West is hostile to Russia.

Moreover, many Russians want to believe what they are being told – especially by Putin, their contemporary vozhd (all-powerful leader) – perhaps sub-consciously conforming with the historical characterisation of how the authorities were purportedly viewed in imperial Russia: “good Tsar, bad courtiers”. Some find it hard to accept (or do not want to believe) their country could be in the wrong in taking military action in Ukraine. For others, it may be purely a survival tactic.

The more horrifying the allegations of Russian brutality, the greater the impulse to deny them as lies, reinforcing the siege mentality. Many patriotic and proud Russians will support their leader standing up to Western pressure, whether political or economic, rallying around the flag.

More deeply, the regime is abetted by the traditional political apathy and cynicism of ordinary Russians. Reinforcing this political disengagement is fear. The Kremlin has the will and coercive capacity to crush any opposition and dissent ruthlessly. Whatever their views, most Russians will keep their heads down, out of a sense of self-preservation.

What might change this, and erode domestic support for Putin? Could growing economic hardship lead to popular unrest, threatening the regime?

There’s no doubt that punitive Western sanctions will damage the Russian economy and impoverish ordinary Russians. Economic growth is projected to fall by at least 11 per cent this year, while inflation will eat into already declining real incomes.

Sanctions won’t force Putin to change course. Russia has expanded its self-sufficiency in areas such as agriculture over the past decade, while oil and gas revenue remains buoyant, giving the Kremlin headroom to placate discontent. Moreover, Russians are resilient, and if the Kremlin shifts the Russia onto a “siege economy” footing, most will adapt to this readily enough.

Yet there are real risks for Putin – especially the longer the war drags on. Public dissatisfaction may grow as economic hardship deepens, along with disillusionment and grief at Russia’s mounting casualties. But there exists no political mechanism to channel such discontent in itself, while the Kremlin’s enormous repressive force is sufficient to keep any popular unrest in check.

It’s hard to gauge the mood within the Kremlin elites around Putin, especially among the powerful “securocrats”, those close, often shadowy, figures sharing his security service background. So far there are few public signs of elite dissent. But this could change, depending on how the war in Ukraine tracks over coming months, and the evolving mood “on the street”.

While support for Putin could prove brittle, it’s at least as likely that isolation and pressure from the West could end up consolidating elite and popular support around an embattled and defiant regime in Moscow.

Bear in mind too, there’s no guarantee at all that any successor to Putin would prove any more palatable from the West’s standpoint.

Previous Article
A first for India and a chance to trade up with Australia
Next Article
Economic diplomacy: After Ukraine, the IMF ponders the future

There’s not much joy in the 2017 budget for Foreign Minister Julie Bishop, for Australia’s international engagement, or for DFAT’s long-suffering staff.
John Gooding 24 Feb 2017 17:59

Euan Graham spoke with David Skalicky, a Lieutenant Colonel in the United States Air Force who is currently operating the F-22 out of RAAF Base Tindal.
Stephen Grenville 16 Feb 2018 11:07

While the tradition of central bank independence is relatively new, the idea has held firm.