The twisted politics of terrorism in Myanmar

While some of the provisions of the Anti-Terrorism Law are taken from a global model, many recommended safeguards are absent in Myanmar. 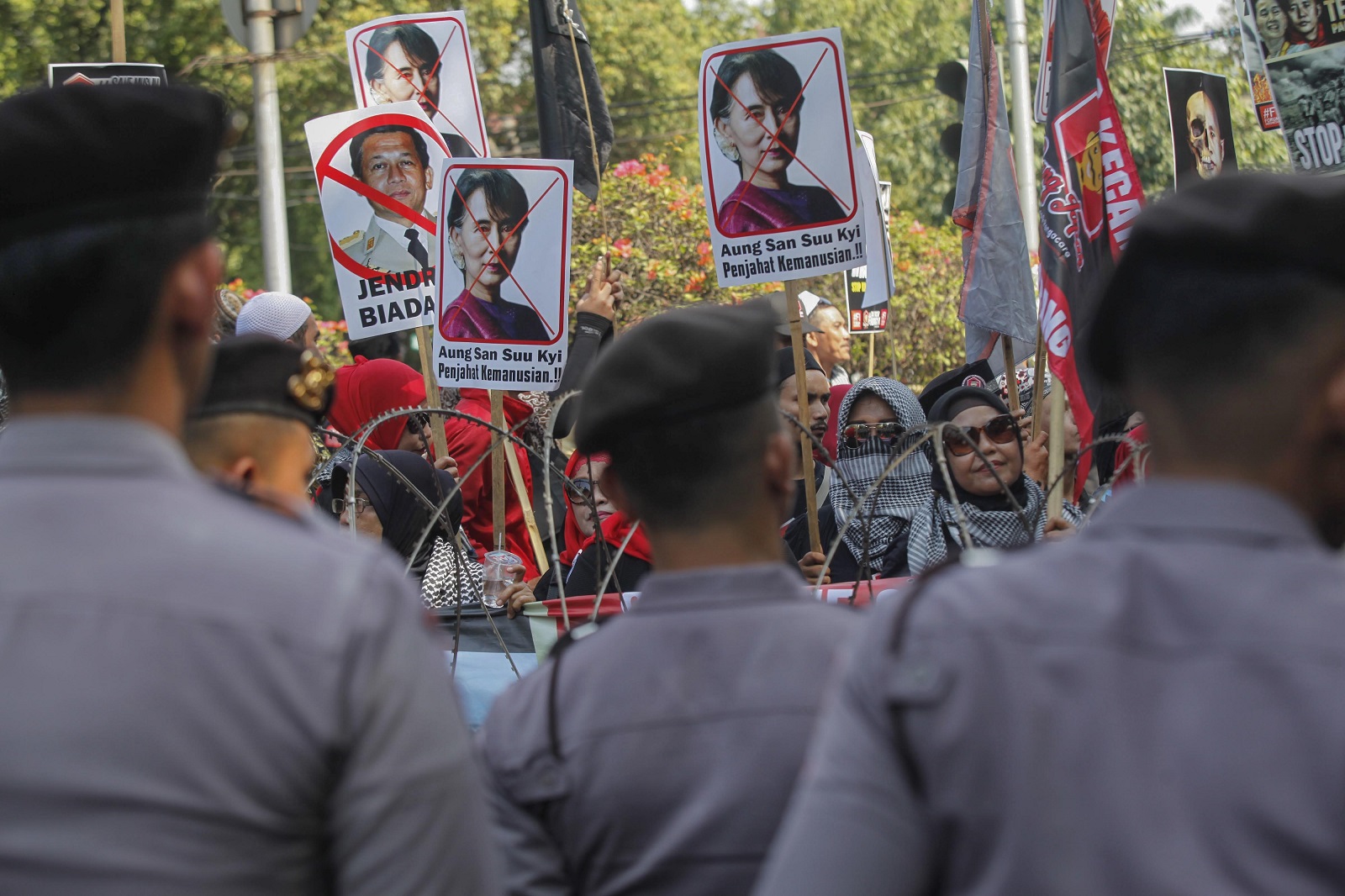 The major and protracted humanitarian crisis in Myanmar's northern Rakhine State has serious local, regional and global implications. Many have rightly deplored the human rights situation and called for urgent humanitarian assistance while the world has become preoccupied with the silence of Aung San Suu Kyi and her fall from grace.

What appears to have gone largely unquestioned, however, is that the military and the government now ascribe the causes of the current conflict to ‘terrorism’. This convenient explanation should not be accepted at face value.

After a series of coordinated attacks against police on 25 August, the government's Anti-Terrorism Committee declared the Arakan Rohingya Salvation Army (ARSA) to be a terrorist organisation.

While this is the first time a group has been declared a terrorist organisation under the nation's new Anti-Terrorism Law, branding an armed group as ‘terrorist’ appears to be a new trend in Myanmar. On 20 November 2016, the Northern Alliance - a coalition supported by the Kachin, Talaung, Arakan and Kokang ethnic armed groups - began planned attacks on military and police in northern Shan State. In response, on 3 December, the Defence Minister raised a call to brand the Northern Alliance as a ‘terrorist organisation’ in the lower house of national parliament. The same proposal was then raised in the Shan State Hluttaw by the military members of parliament and the Union Solidarity and Development Party (USDP) where it succeeded, 61 votes to 45.

This declaration of the Northern Alliance as a terrorist organisation was highly controversial. This is not only because it was initiated at the state level, but also because in the past these groups have simply been referred to in Myanmar as 'ethnic armed groups'.

Now the terrorist label is also being applied to the ARSA. This is despite the fact that some of ARSA's tactics are not necessarily different from those used previously by either the military or other armed ethnic groups.

The declaration of ARSA as a terrorist organisation will have far-reaching consequences, some of which will likely result from major deficiencies in the Anti-Terrorism Law itself. For this is a classic example of a ‘model’ law gone very wrong. While some of the provisions are translations from a global model, many recommended safeguards are absent in Myanmar.

The Anti-Terrorism Committee is headed by the Minister of Home Affairs, who in Myanmar is chosen by the military. The Committee’s mandate is broad. There are no requirements to be a member of the Committee, nor any limit on how many members the Committee can have.

The term of office of the members of the Committee is unspecified. The extent, or more importantly the limits, of their powers are unknown. It remains unclear what investigative or evidential basis is needed to justify declaring a group to be a terrorist organisation.

Given that some offences under the Anti-Terrorism Law attract the death penalty, there is much at stake.

In addition to declaring the ARSA a terrorist group, the military and police now appear to be targeting specific individuals under the Anti-Terrorism Law. These tactics mirror the use of the infamous section 66(d) of the Telecommunications Law, used to imprison many journalists and activists. The use of section 66(d) has attracted international condemnation; so too should the Anti-Terrorism Law.

For example, on 1 September, Shwe Maung, a former prominent Rohingya politician for Maungdaw Township Buthidaung (in northern Rakhine State) was charged by police under the Anti-Terrorism Law. His alleged crime is that his Facebook page contains some videos that relate to the ARSA and comments that are perceived to show support for ARSA actions.

Shwe Maung is no stranger to the obsessive and irrational persecution that plagues the Rohingya. He is an example of the falling out between the USDP (backed by the military) and elite Rohingya in northern Rakhine State.

In the 2010 elections, three Rohingya, including Shwe Maung, were elected to constituencies in northern Rakhine State. Over their five years in office, they were hounded and bullied out of national parliament.

In particular, they were extensively and intrusively questioned about their citizenship status. The situation deteriorated to such an extent that Shwe Maung fled to the United States. The police may now seek to extradite him back to Myanmar to face alleged terrorist charges.

This is the toxic and twisted politics of terrorism in Myanmar. It helps to explain the stepped-up persecution of an ethnic group which has forced more than 290,000 people to flee to Bangladesh and constitutes a larger displacement crisis than occurred in 1978, 1991 or 2012.

In Myanmar, where the military has perfected the art of terrorising people over decades, the threats come from many sides.

In recent years, for example, the vitriol of Buddhist nationalist groups has added to the anti-Muslim narrative. However, it doesn't serve the purposes of the security forces to label radical Buddhists, the military or police as terrorists in Myanmar.