The small country’s decision to stand against Russia underscored its democratic credentials in a region without many. 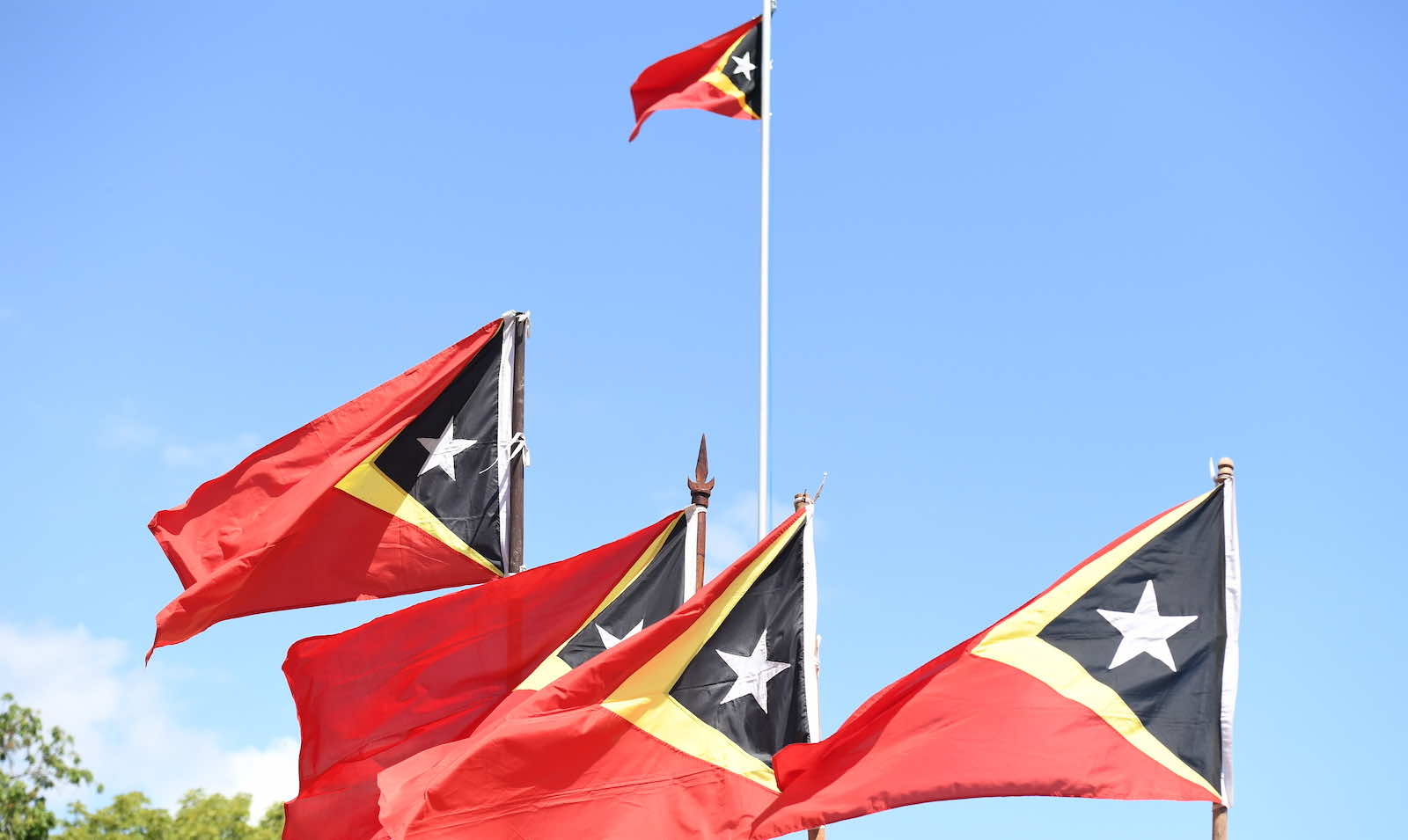 The country has proven to be a relevant voice for recently formed democracies by condemning the Russian invasion of Ukraine (James D. Morgan via Getty Images)
Published 7 Mar 2022 11:30   0 Comments       Follow @andrearodriso

In the midst of an international crisis, it is remarkable when small countries still find the courage to adhere to their democratic principles. This time the Timorese government has chosen to respect its independence history and democratic values by condemning the Russian invasion of Ukraine. This position is at the same time brave and wise given Timor-Leste’s economic and political prospects.

Timor-Leste has attempted to access membership to the Association of Southeast Asian Nations (ASEAN) for almost two decades. Although the primary barrier has been economic development, doubts over its political credentials have been previously cast. Timor-Leste’s decision to openly condemn Russia and support the United Nations General Assembly resolution to reaffirm Ukrainian sovereignty, independence, and territorial integrity, represents an important step for the country to find its regional and international voice. It validates its credentials as the only “free” country in Southeast Asia. Also, it diminishes those concerns of closeness to authoritarian regimes such as the suspected Chinese undue influence over this small country.

ASEAN members should consider this as a positive step towards membership. Timor-Leste’s position also sends a strong message to China regarding a possible invasion of Taiwan. If small Asian countries are willing to speak up against events far from their jurisdiction, they could also be less inclined to tolerate breaches of sovereignty closer to home.

Moreover, the Ukrainian crisis and subsequent economic sanctions on Russia present a crucial opportunity for Timor-Leste itself, to revive the development of the Sunrise gas field amid increasing demand for alternate sources of fuel.

Years of contention about the troubled development proposal, including a stand-off with commercial partners and the background of a bitter maritime border dispute with Australia, had meant the investment stagnated, which combined with falling revenue projections rendered the gas field practically worthless. The current Timorese government in 2020 took steps to keep the country’s National Petroleum Authority clear from politics, and there is a chance now to get the gas field back in the front of the queue. However, to fully take advantage of the investment opportunity, the Authority must continue working independently from political manoeuvring, a challenge during the upcoming electoral cycle.

A potential obstacle in the form of old politics could derail efforts to give a voice to its young voters.

Much will depend on who takes over the presidency in the coming elections beginning 19 March. The Sunrise development was derailed during the previous government of Xanana Gusmao and his political party CNRT, who are backing an old ally and Nobel Peace prize winner, Jose Ramos-Horta as their preferred Presidential candidate, hoping he will dissolve parliament and call for elections if elected. Should Gusmao and CNRT return to power, previous experience suggests the project will continue to languish, given Gusmao’s insistence that LNG processing should occur on the Timorese side at Tasi Mane – a plan dismissed by many as “pipe dream”.

Nothing is certain in politics. Ramos-Horta failed to secure a second term as president in 2012 and CNRT has struggled to win an absolute majority in parliament in the last two elections. Moreover, Gusmao’s reputation as an independence hero has been tarnished by recent personal scandals: an infamous meeting last year with a priest facing child-sex charges, belittling Covid-19 health regulations, and the physical assault of two women. Gusmao’s behaviour has been questioned by his own family and will undoubtedly weigh on Timorese voters’ decision at the ballot box.

Once again, Timor-Leste faces a critical challenge as a developing democracy. Internationally, the country has proven to be a relevant voice for recently formed democracies by condemning the Russian invasion of Ukraine. ASEAN should recognise the positive contribution a Timorese membership would bring as a legitimate influence for democracy in the region. Also crucial is the opportunity to take advantage of the new investment environment and seize the opportunity to develop a critical asset such as Sunrise.

However, a potential obstacle in the form of old politics could derail efforts to give a voice to its young voters. It will all depend on whether the experience under the government of the last few years has been enough to see a generational shift away from the historical weight carried by an independence war hero and a Nobel prize winner.