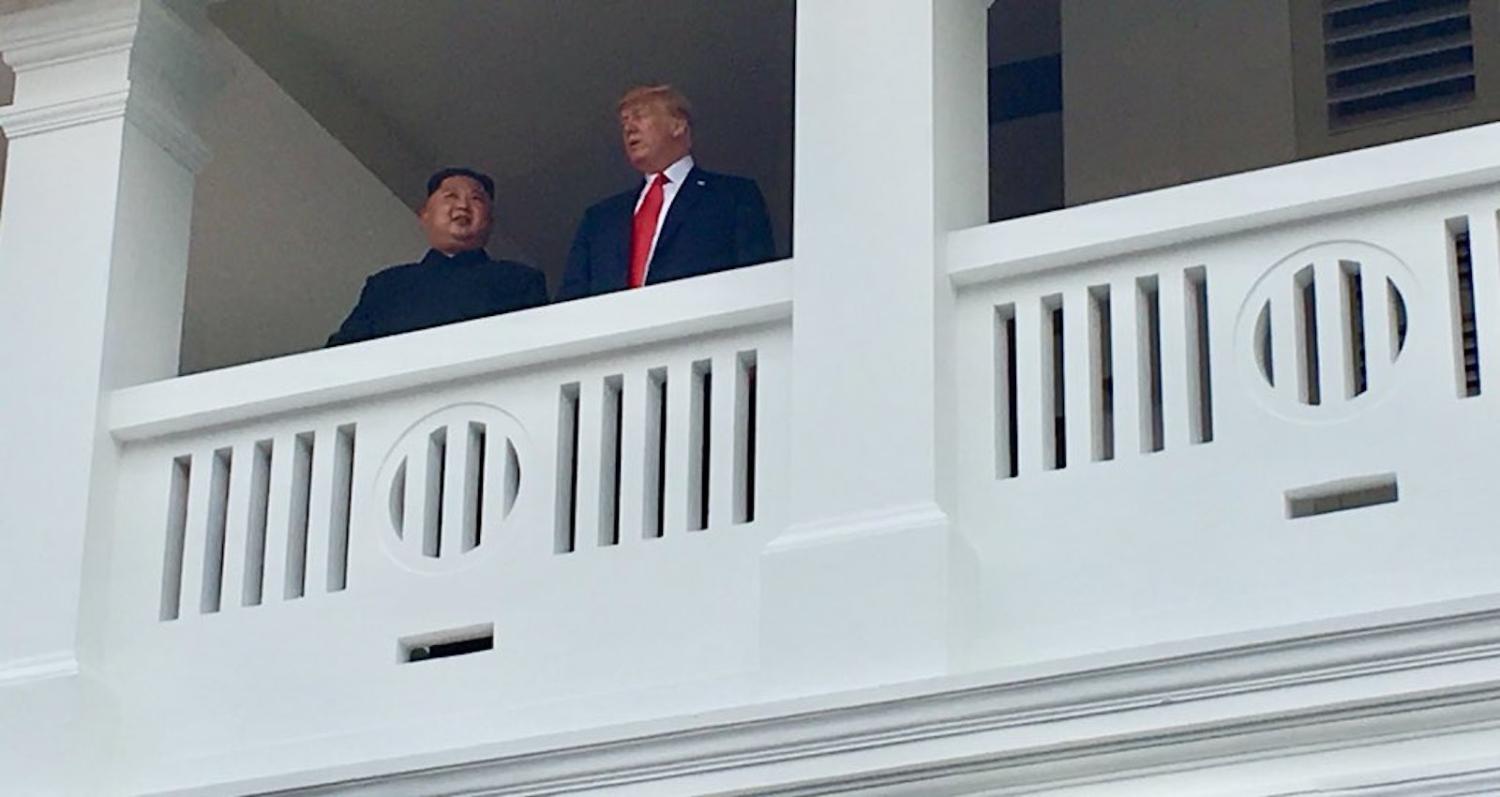 The news that US and North Korean generals met for talks for the first time in nine years to discuss the possible repatriation of 200 American soldiers lost during the Korean War was a step in the right direction. While it’s true it has the appearance of giving North Korea added leverage over the US in future negotiations, this is not, in itself, cause for concern.

First, such meetings institutionalise bilateral meetings more than brief interactions, such as that between US Secretary of State Mike Pompeo and North Korean Foreign Minister Ri Yong-ho at Singapore at the weekend, and help build working-level relations and trust. And there is much trust to build.

The ultimate question is whether Kim intends to really give up his weapons in exchange for a lifting of sanctions and an opening of the North’s economy to foreign investment, or whether he intends to have his cake and eat it too.

Second, the fact that North Korea is seeking to bolster its leverage could be read as a sign that it is serious about the upcoming negotiations.

Yet it is too soon to say whether Pyongyang is sincere in its stated intention of denuclearisation, or simply intent on getting optimum returns from empty promises. Understanding North Korea is in itself a cottage industry. However, there are a number of indications that understanding what Kim Jong-un wants is not so difficult after all.

If we look back over the past few years, there are strong signs of change to North Korea’s motivations. On 31 March 2013, Kim Jong-un announced the Byungjin policy, which set two national goals – to pursue a powerful nuclear deterrent, and create a vibrant economy. Five years later, in April, Kim was able to declare “victory” on nuclear deterrence – confident in his ability to reach targets on the continental US – and announce a shift in focus towards economic growth.

In 2015, North Korean media reported that Kim could not sleep for worry over his country’s poverty. In 2016, he announced his new “Five-Year Plan”. His emphasis on economic growth was repeated in his 2018 New Year’s Speech, when he highlighted ten industries he wanted to see expand: electric-power, metallurgy, chemical production, machine-building, natural resources, transportation, manufacturing, agriculture, tourism, and technology.

Kim has also expressed his desire for economic growth outside of North Korea. In the Panmunjom Declaration, he called for steps “to promote balanced economic growth and co-prosperity of the nation”. In Singapore, he remarked on the city’s “social and economic development”, noting its cleanliness and beauty. Both the remarks and the KCNA-filmed documentary  – showcasing the Singapore skyline, luxurious settings, and universal access to electricity, all unheard of in North Korea – were shown to North Koreans at home.

China has doubtless been pleased. President Xi Jinping said during his third meeting with Kim in Beijing:

We are happy to see that the DPRK made a major decision to shift the focus to economic construction, and the development of the DPRK’s socialist cause has entered a new stage in history … Comrade Chairman has made positive efforts for realising denuclearisation and maintaining peace on the Peninsula.

Xi’s praise to the young Chairman is highly relevant. After all, Xi might have been the catalyst for these changes.

The Chinese leaders seemingly successful attempts to build a technological surveillance state, while harnessing capital to strengthen the state and the military, might have persuaded Kim that reform needn’t mean giving up control. No doubt, Xi’s decision to scrap term limits in February had as much impact in Pyongyang as it did in the West.

Historically, North Korea’s leaders have criticised China’s post-Mao leaders for going soft. Now it looked as though the People’s Republic of China had pulled off a miracle: harnessing capitalism to fortify authoritarian rule.

As a result, Kim might feel that opening up North Korea economically is not only viable, but necessary. Rason and Sinuiju, special economic zones in North Korea, could become the next Shenzhen and Zhuhai. The main question is whether Kim wishes to get sanctions lifted, encourage foreign investment, and keep the first part of his Byungjin policy.

To some extent, the Trump administration still has options. Despite the recent loosening of sanctions by Moscow and Beijing, Pyongyang still craves recognition and investment from the US and its allies.

This is the leverage Trump needs. Pyongyang wants something he has. The conditions seem perfect for a “grand bargain”. The ultimate question is whether Kim intends to really give up his weapons in exchange for a lifting of sanctions and an opening of the North’s economy to foreign investment, or whether he intends to have his cake and eat it too.

So far, it is difficult to tell. Pyongyang’s current strategy seems to offer symbolic gains – returning of remains, and site visits – instead of denuclearisation in order to get the Trump administration to declare victory and loosen economic restrictions. It has also done a bait-and-switch with a peace treaty as the path to denuclearisation. The peace treaty option has traditionally had drawbacks from the US and South Korean side, as it would disband the UN mission in South Korea and perhaps lead to a bring-the-boys-home sentiment arising inside the US.

If Washington is able to exploit Kim’s desires for economic development, it could negotiate a denuclearised Korean Peninsula, partially stabilising the region, bolstering international norms, and removing at least one source of US–China friction. But if Trump is easily waylaid by Kim’s tactics, and allows Kim to win economic benefits without verifiably removing all of his nuclear capabilities, then once more we will see why policy wonks call the country the “impossible state”.

Previous Article
Indo-Pacific: where is the money coming from?
Next Article
Kiwi Act marks “new” relationship with US

A by-election this month reveals stubborn challenges the country faces ahead of the national ballot next year.
Daniel Flitton 19 Feb 2018 10:30

The Prime Minister will need to field awkward questions on his US trip this week.
John Edwards 24 Jan 2018 16:00

The problem for the global economy is not what the Trump administration has done so far. It is what it may contemplate doing next.