Why neighbourhood policing is critical to preventing terrorism

The value of neighbourhood policing in countering violent extremism goes beyond the collection of intelligence.

Relationships built over time between police officers and the communities they serve are essential for countering the so-called homegrown terrorism many nations now face.

Since the 2005 London transit bombings, the UK has invested heavily in internal security, heightening operational capabilities and introducing terrorism prevention officers. Funding for counter-terrorism has been 'ringfenced' in recent years, yet cuts to regular law enforcement budgets have eroded the time police can spend interacting with locals, removing the crucial safeguarding benefits of strong police-community relations.

Britain's experience has international relevance as Australia and other nations across the world struggle to address the radicalisation of disengaged community members. Open lines of communication between governments and residents can both identify imminent threats and diagnose any local factors contributing to potential violence. Police officers are best placed to provide the necessary link.

The UK's counter-terrorism strategy, known as CONTEST, dates back to 2003 but has since seen updated iterations to keep step with evolving threats. The four branches include Pursue (to thwart attacks), Protect (to harden targets), Prepare (to mitigate impact), and Prevent, which focuses on pre-crime interventions. A number of government agencies are involved, but police maintain a hand in each directive.

Prevent has become controversial for the statutory duty placed on teachers and healthcare providers to recognise 'at risk' individuals who may benefit from targeted social services that attempt to 'de-radicalise' their views.

Less visible are specialised Prevent police who operate in communities to identify concerning behaviour and avert violence. Today the strategy has developed to one of disruption, where officers aim to interfere with people suspected of involvement in terrorism – not necessarily in pursuit of prosecution, but as an efficient use of resources to prevent violence amid a multitude of possible threats.

Initially Prevent officers sought to withhold their counter-terrorism mandate, but in an atmosphere of suspicion decided to be open about their intentions when talking to the public. Such transparency may not be sufficient, however, as many British Muslims view the government's prevention strategy as unfairly targeting their communities and creating divisions.

In a report published in December last year, the Home Affairs select committee acknowledged the issue. 'Rather than being seen as the community-led approach Prevent was supposed to be, it is perceived as a top-down “Big Brother” security operation'.

An evident solution to this problem is the assistance of everyday police who have gained trust gradually by addressing routine community concerns. Unfortunately, such officers are increasingly absent from the scene.

Following austerity measures enacted in 2010, police numbers in the UK have dropped from a shade over 171,000 officers at the beginning of the decade to roughly 150,000 today, representing a 12% fall and a return to 1985 levels of personnel. London's Metropolitan Police is now so stretched that it may have to stop investigating 'lower level crimes' such as shoplifting.

Hardest hit has been the nation's uniformed civilian support staff known as Police Community Support Officers (PCSOs), which were introduced with the 2002 Police Reform Act to provide a non-threatening bridge between police and public. Since 2010, numbers have fallen by 40%, while ethnic minority representation has also declined.

Remaining PCSOs have had to pick up the slack of under-pressure warranted colleagues. Speaking in 2016, one officer said:

I am no longer the link between the community and the Police. I am simply another resource utilised in menial tasks. There is no relationship between myself and our community any longer.

The loss of police presence in neighbourhoods may have a number of detrimental effects, but there is particular concern given what the government is calling a 'shift rather than a short-term spike in the terrorist threat'.

Recently retired Commissioner of the Metropolitan Police Sir Bernard Hogan-Howe warned against the demise of neighbourhood officers in 2015, explaining that leads on counter-terrorism that used to come through intelligence agencies were increasingly reported by members of the public. 'The main reason people tell police officers or PCSOs is because they know them', he said. 'They have got a trusting relationship and they trust them to do something about it. So it is a vital component'.

In November 2017, senior national counter-terrorism coordinator Neil Basu expressed frustrations that police were becoming 'divorced from the frontline' and missing out on vital intelligence. 'All the work we've done over the last 20 years to put neighbourhood policing back on the map…is in danger of disappearing', he said. 'For me, that is a national security issue.'

It is clear that active and dependable communication with local residents can yield crucial information that may thwart attacks, but the value of neighbourhood policing in countering violent extremism goes beyond the collection of intelligence.

Counter-terrorism measures such as deploying undercover informants, police raids, securitised scrutiny from teachers, and pervasive CCTV surveillance have created a sense that certain communities are under constant suspicion. This feeds into the 'us-vs-them' narrative that extremist groups can so readily draw upon to lure embittered young people down destructive pathways.

Frequent casual conversations between local police officers and residents on street corners have the potential to bridge this divide and address local grievances, allowing beleaguered communities to feel they are part of the solution, rather than vilified as a source of the problem. 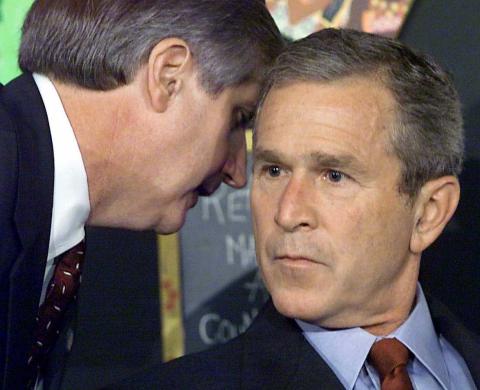