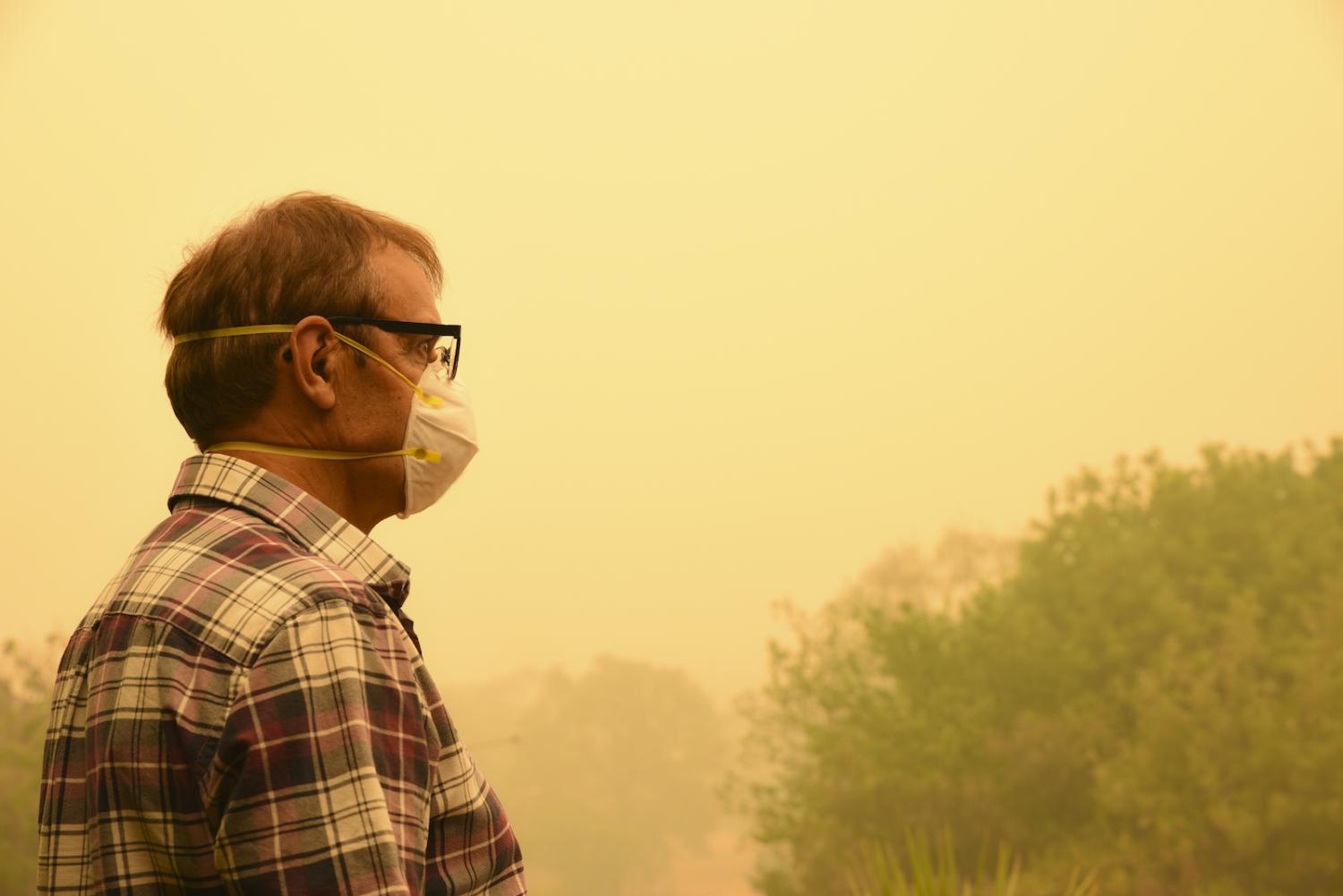 2020 had a whole lot up its sleeve. When the year started, there was one big, burning issue in Australia: the bushfires ripping through swaths of countryside, torching towns and choking cities with smoke.

Alex Oliver, Lowy’s Director of Research, had a close encounter during what was supposed to be a coastal holiday:

There has been a seeming reluctance at a federal level to link the fires, and the drought which preceded them, directly to climate change or Australia’s climate policy … In the context of this fire crisis, this stance risks inflaming tensions among the more than half of Australians (according to Lowy Institute and other polling) who see climate change as a serious and pressing problem and who seek stronger action from government.

Matt McDonald flagged the opportunity to address climate change and national security together:

Recognising the security implications of climate change means long-term preparedness and planning to manage its effects … and mitigation action across all of government and society to minimise the threat itself. This is the international model, and its embrace by a range of states suggests momentum is building behind comprehensive approaches to climate security. But like its climate policy more broadly, Australia lags far behind.

Covid-19 snapped our attention to a different kind of crisis, but the Lowy Institute’s Noah Yim and Natasha Kassam saw the connection:

Matt McDonald returned to look at the ways in which confronting climate change is even more difficult than handling the Covid-19 crisis:

A return to something approaching life as normal beyond Covid-19 seems possible. Sacrifices are politically easier to sell if it looks like a “for now” scenario, with effective measures in place and the chance of a vaccine on the horizon. That won’t be the case with climate, where we’ll likely be facing a world that has changed irrevocably.

At the same time, the pandemic had a notable impact on how Australians viewed other issues. Bec Strating wrote on “Australia’s shifting mood on climate change”:

The 2020 Lowy Poll, which was conducted just as states began going into lockdown, highlights the ways in which environmental issues have been hijacked by Covid-19 and its global economic implications, at least in the short term.

Steven Paget examined the approach of New Zealand and how its Defence Force has engaged in addressing climate change:

Events in New Zealand, including the 2016 Kaikoura earthquake, and further afield, such as Tropical Cyclone Winston in the same year, have demonstrated the importance of regional humanitarian assistance and disaster relief capability. The Australian bushfires presented a different type of challenge, and the ADF played a supporting role because they are not trained firefighters. The ADF demonstrated, nevertheless, the adaptability of military forces in dealing with humanitarian and disaster relief operations. They also, arguably, vindicated decisions outlined in New Zealand’s Defence Capability Plan 2019.

In the Pacific Islands, the climate crisis is driving people from their homes. Jane McAdam of UNSW and Lowy’s Jonathan Pryke outlined how Australia can better support the region:

Shifting public perceptions of climate change is a different matter altogether. Bec Colvin weighed the odds on “changing the narrative on climate change”:

For many people, climate narratives are far less connected to appraisal of the science of climate change than they are to expressing social belonging in relation to climate change. We are not ideological partisans – we are expressive partisans seeking belonging and coherence with our identity group and cultivating points of hostility to and difference from outsiders.

The bottom line, of course, is always the bottom line. Jeffery Lau made the case for “going all-in on renewables”:

In an economy reeling from the Covid-19 pandemic, developing a globally competitive renewable-energy industry could lead to the creation of many long-term jobs. Just as a single Tesla Gigafactory in Nevada brought 7000 jobs and more than US$6 billion in capital, retooling old manufacturing hubs to build high-technology products could revitalise Australia’s regional centres.

A year from now, things are sure to look very different. See you then.

Previous Article
The China challenge: Highlights of The Interpreter in 2020
Next Article
Securing the legal foundation for Australia’s intelligence agencies

Also in this week's links: Manus Island refugees, the ADB, the Solomon Islands' Child and Family Bill and the celestial integrity of Disney.
Jonathan Pryke 29 Aug 2018 12:00