Tehran knows its hand when it comes to playing the energy card across the region. 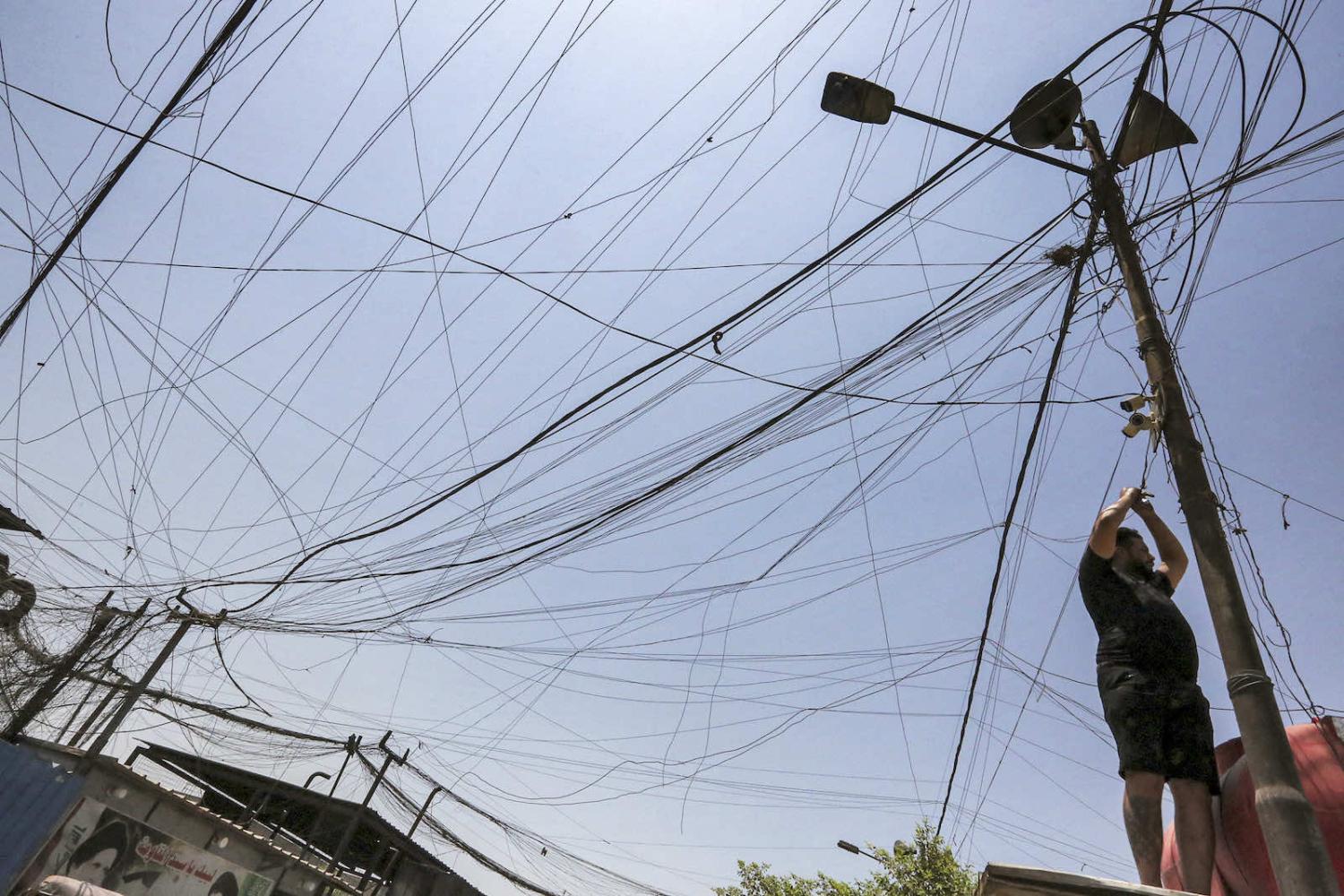 Much is made of Iran’s use of proxy or allied groups to exert “hard power” influence throughout the Middle East where Tehran believes its interests are under threat (Lebanon), or sees an opportunity to exert greater influence (Syria, Iraq), or to act as a spoiler (Yemen). But far less is made of its use of “power”, of the energy kind, exemplified in its use of its energy exports to take advantage of regional states’ inability to cater for their own domestic requirements.

In neighbouring Iraq, for instance, Iranian gas and electricity powers more than a third of the country’s energy needs, particularly in the south. So reliant was Iraq on Iranian energy that former US President Donald Trump had to carve out an exemption from his policy of “maximum pressure” sanctions on Tehran lest the Iraqi grid collapsed. And despite promises to reduce this reliance, Iraq has found it hard to kick the habit. When Baghdad falls into arrears on its payments, and Tehran squeezes supplies, political instability results.

Iran’s energy diplomacy abroad is not without its challenges at home.

Tehran also exports electricity to Afghanistan, Pakistan and Turkey, although in the case of Turkey, pressure from Washington and its own political desire to diversify its energy providers has seen a recent drop-off in energy imports from Iran.

But it is in Lebanon where the role of energy in expanding Iran’s “soft power” has once again been highlighted. Lebanon’s economy is broken, with a collapse in the local currency leaving the government unable to afford to buy fuel and maintain subsidies, meaning the price for a gallon of petrol has risen by 220 per cent in a year. Last month, the country’s central bank moved to eliminate fuel subsidies altogether, earning the ire of the government.

Enter Iran, or more precisely its Lebanese ally, Hezbollah. Hezbollah’s Secretary-General Hassan Nasrallah claimed that Lebanon would be importing Iranian oil paid for in Lebanese pounds. While caretaker Energy Minister Raymond Ghajar has denied that any permit for Iranian oil imports had been sought, an Iranian tanker is supposedly bound for the Syrian port of Baniyas, with its cargo then to be trucked to Lebanon. How much this will alleviate Lebanon’s current power crisis is open to question, although the move is mostly about symbolism as much as substance.

These actions threaten the integrity of the US sanctions regime against Iran and will boost the domestic stocks of Hezbollah, whose reputation has become increasingly tarnished as part of a government that continuously fails to serve the Lebanese people. But alternatives to Iran, such as gas imports from Egypt or electricity from Jordan, would require transit through Syria and that brings with it different challenges. It would be another step towards re-integrating Syria into the regional architecture, regardless of the technical upgrades to the infrastructure required, and give Damascus access to hard currency. But from the US perspective, such a move would be the lesser of two evils.

Iran is always alert to opportunities, understanding the energy cards it holds despite the economic constraints it operates under. Tehran has shown it is willing to play its hand in regional relations.

But Iran’s energy diplomacy abroad is not without its challenges at home. This summer saw power blackouts in parts of Iran as increased demand (including from Bitcoin miners) coincided with reduced hydro-electricity output during drought conditions. It is unclear how much longer Iran is going to be able to leverage its energy resources in the region to gain influence, particularly if unable to negotiate a successful outcome in talks to revive the 2015 nuclear deal. If Washington does re-join the deal, expect Iran’s power diplomacy to become even more effective.

The relative strength of Australia’s commercial links Asia is set to come back onto the agenda
Greg Earl 8 Oct 2020 14:30

Scientific discovery has a long history of serving the high politics of state.