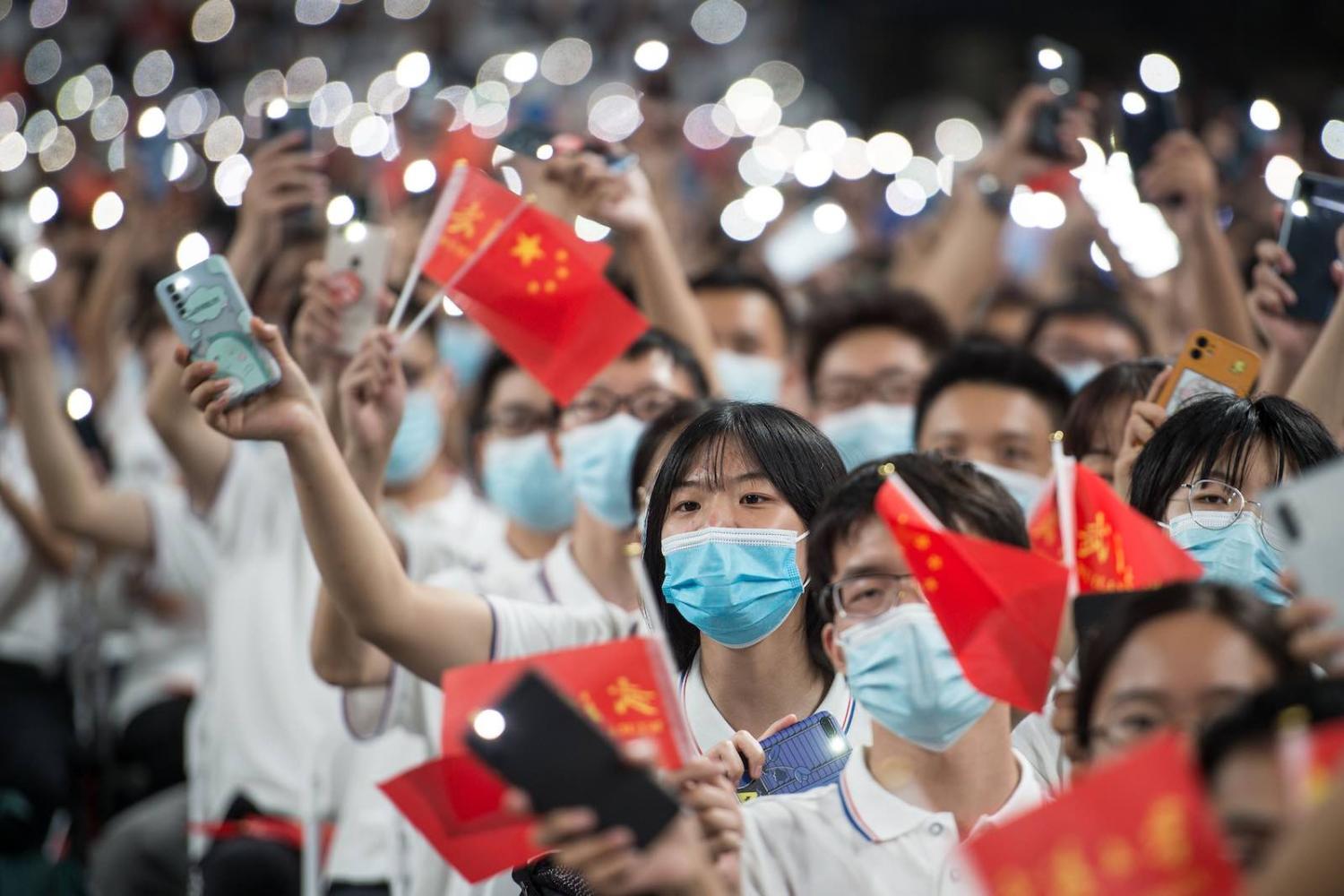 Australian commentators often appear eager to paint Australia’s China choices in stark binaries. “The money or our sovereignty: China leaves us no choice” is one representative headline.

Continued bilateral escalation could prove them right. But both states have an interest in trying to get the most out of mutually beneficial cooperation – especially on trade and investment – even as the relationship’s adversarial edge grows sharper.

It’s not just Australia and China. In the more competitive post–Covid-19 world, all countries are facing tougher decisions about how to interact with one another. The most successful states will find ways to balance the benefits of continued international engagement with the protection of public health, economic resilience and national security. Countries that tilt too far in one direction or the other will fall behind. China’s bid to rebalance looks to be its new “dual circulation” strategy.

As Australia and China compete to get the most out of their bilateral relationship, Canberra should produce better decisions than Beijing is able to.

How can Australia get the most out of the bilateral relationship? Canberra needs to do more than simply “step back from anything that looks confrontational and wait until a more cooperative atmosphere evolves” as former foreign minister Bob Carr advises. But insisting on “reciprocity”, as former prime minister Tony Abbott recommends is not the answer either. The relationship is unavoidably asymmetric. China dwarfs Australia on almost every economic and military metric. And Australia can benefit from unreciprocated Chinese activity – including the inflow of Chinese investment, students and tourists.

Rather, Australia should play to it asymmetric strengths. Aside from its wider network of partners and allies, Australia’s core advantage is its democratic political system. It won’t be possible for Australia to avoid hard trade-offs in its relationship with China, especially between economic and security interests. But transparent and contestable processes should produce the best balance. As Australia and China compete to get the most out of their bilateral relationship, Canberra should produce better decisions than Beijing is able to.

China’s response to Covid-19 has, admittedly, showcased its extraordinary capacity to implement government edicts. But it has also demonstrated the shortcomings of Beijing’s top-down decision making. China has kicked a series of own goals, first by suppressing initial reports of the coronavirus and then by pushing out aggressively on fronts from India to Japan all at once.

Like ambitious great powers before it, China will keep making bad decisions as it seeks to reshape the world. Beijing is even more likely to do so, because many of its preferred tools are difficult to wield. Geo-economics – the use of economic power for strategic purposes – is hard to practice. Because the international economy is fluid, cause and effect is not always linear. Because economic interdependence is mutual, it can be hard to leverage. And new technologies – which China is trying to dominate – are inherently unpredictable. History suggests that those who develop new technologies benefit less than the inventors.

Faced with this blundering giant, Australia should be judicious about attempting to counter Chinese moves. Canberra should take advantage of China’s mistakes where possible and, at the very least, avoid interrupting them.

Optimal decisions require rigorous analysis. Decision makers should be leery of threat inflation and alluringly simple templates, such as the claim that once you understand the pattern of behaviour by the People’s Republic you will see it in operation everywhere. Exaggerated claims that China’s Belt and Road Initiative is driven by “debt trap diplomacy” don’t hold up to scrutiny and – being easy to refute – hand Beijing an easy propaganda win. In practice, the Belt and Road Initiative is likely to produce a mix of beneficial infrastructure, white elephants and genuine strategic threats to Australia.

Unable to afford playing whack a mole, Australia needs to focus limited resources on countering the most serious threats. The poorly-funded and technically-insecure Huawei-funded data centre in Port Moresby is, for example almost certainly neither “built to spy on PNG” nor an example of debt trap diplomacy. China’s construction of an airport on Manus Island could be a threat to the neighbouring naval base. Or it could be an example of China mistakenly devoting resources to military infrastructure that could be used to counter it.

The massive state resources China is pouring into cutting edge technologies – including biotech, wireless networks, artificial intelligence and big data processing will produce great inefficiencies and major breakthroughs. Australia’s exclusion of Chinese telcos from participation in our 5G networks was based on world class analysis. But the blanket ban should be the exception rather than a guideline for future Australian engagement with Chinese technology. In the 5G case, it was not possible to mitigate the security risk. Australia will need to work hard to find ways to avoid denying itself the benefits of future Chinese technology. That will entail acceptance that risk must be managed rather than eliminated in a more technology-dependent world.

The government is, wisely, applying a national security lens to decisions that were previously viewed as purely economic, including through major reforms slated for the Foreign Investment Review Board. But the risk of over-correction and opacity is ever present. The best decision requires the best analysis. Part of the solution is to boost the level of technical expertise inside government. But Canberra should also seek more expert input from outside government. Transparent and contestable decision-making is central to Australia’s competitive edge.

Previous Article
In Bangladesh, Covid adds to a list of maladies
Next Article
Timor-Leste’s youth leave or get left behind