On his trip to Jakarta, Scott Morrison should raise the disturbing trend to repress religious minorities in Indonesia. 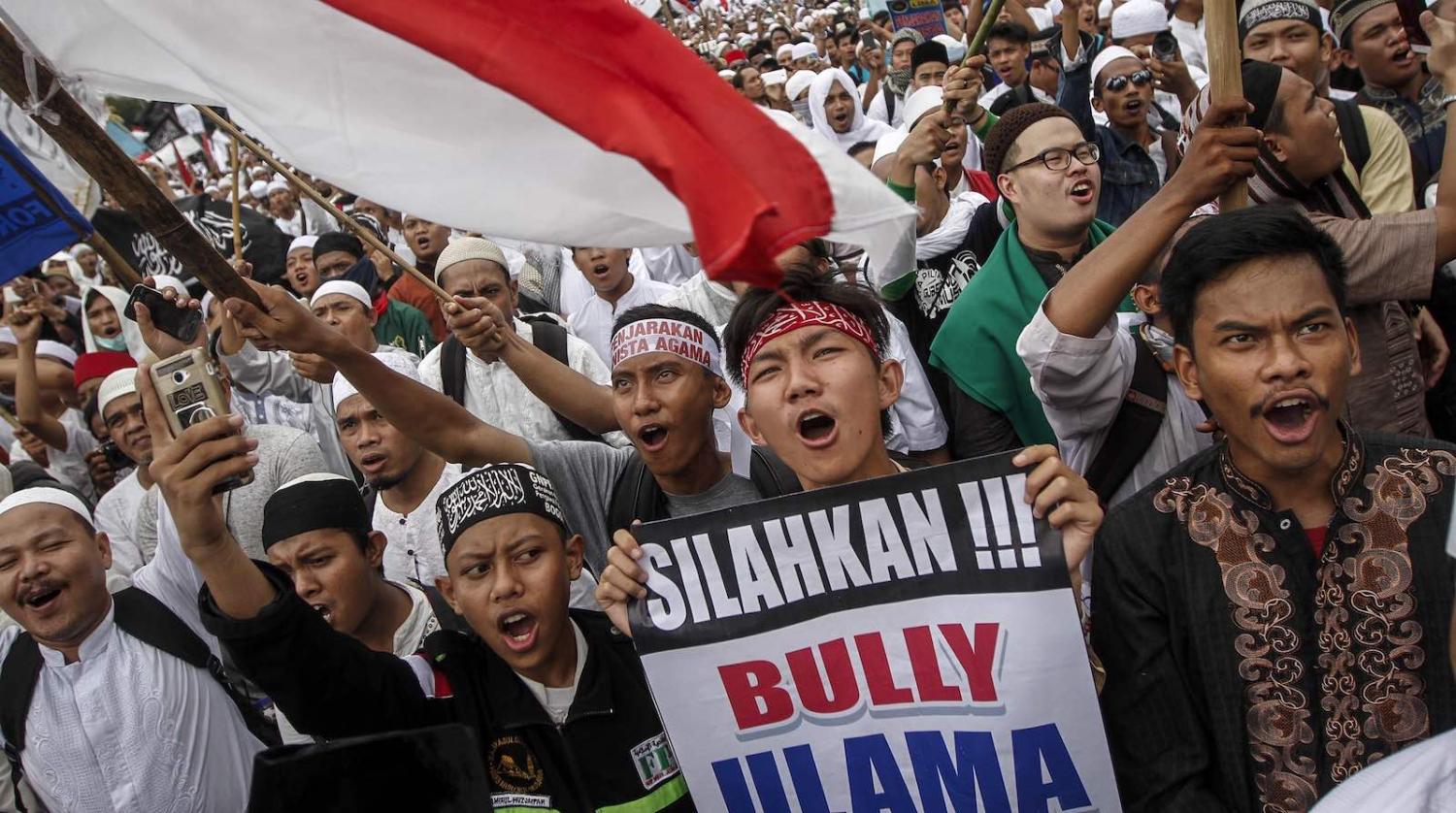 Protests in May 2017 against Jakarta's governor Basuki “Ahok” Purnama in the lead up to a blasphemy trial (Photo: Barcroft Media via Getty)
Published 31 Aug 2018     Follow @pearsonelaine

Prime Minister Scott Morrison is visiting Indonesia this week on his first international trip as Australia’s leader. The two governments will announce a new trade deal and Australia is keen to show this as a deepening of ties between the two nations.

But in his meetings with Indonesian President Joko “Jokowi” Widodo and other senior officials, Morrison should also raise a disturbing trend: the repression of religious minorities in predominantly Sunni Muslim Indonesia.

Jokowi has failed to confront increasing intolerance that has led to discrimination and violence.

Last week, an Indonesian court in Sumatra convicted a Buddhist woman of blasphemy and sentenced her to 18 months in prison because she complained about the loudspeaker volume of a neighborhood mosque.

That means at least 22 people have been prosecuted under the blasphemy law since Jokowi took office in 2014. Former Jakarta governor Basuki “Ahok” Purnama, a Christian, is the most high-profile victim of this law, and remains in a Jakarta prison, sentenced to two years behind bars because of a public reference he made to a Quranic verse.

Indonesia’s 1945 constitution explicitly guarantees freedom of religion, as does the International Covenant on Civil and Political Rights, to which Indonesia is a party. However, the Indonesian government has long enacted, and in recent years strengthened, legislation and regulations that have subjected minority religions to official discrimination. This has made minority groups extremely vulnerable to members of the majority community who take the law into their own hands.

United Nations human rights experts, and groups such as the Indonesian Legal Aid Foundation, have criticised the discriminatory use of the blasphemy law. But instead of repealing the law, Indonesia’s Ministry of Religious Affairs is seeking to reinforce and expand its scope through a so-called “Religious Rights Protection Bill”. The misnamed bill is nothing less than a repackaging of highly toxic regulations against religious minorities in Indonesia.It enshrines the abusive blasphemy law and decrees that restrict religious minorities seeking to construct houses of worship.

Indonesia’s Commission on Violence against Women (Komnas Perempuan) also reports that there are hundreds of discriminatory national and local regulations targeting women. They include local laws compelling women and girls to don the hijab (headscarf) in schools, government offices, and public spaces.

School authorities are pressuring Christian schoolgirls to wear the hijab as part of their school uniform in violation of protections on freedom of religion. In July, Kompas newspaper reported that a new student in a junior high school in East Java cancelled her enrollment after she was asked to sign a document declaring that she’s willing to wear the hijab as part of her school uniform despite her Catholic faith. And on August 25, Independensi newspaper wrote about a public high school in Sumatra that forces Christian female students to wear the hijab.

Jokowi has failed to confront increasing intolerance that has led to discrimination and violence. Domestic human rights activists criticised him for his recent choice for his vice presidential running mate, Ma’ruf Amin, a conservative cleric who has played a pivotal role in fuelling worsening discrimination against religious and gender minorities.

And emboldened Islamists are no longer just attacking religious minorities; other communities are increasingly at risk, such as LGBT people who have faced invasive raids by Islamist vigilantes and police.

As prime minister, Morrison has repeated the Australian government’s oft-cited rhetoric about the importance of “protecting the international rules-based order”. Here is a concrete case where Morrison can put those principles into action.

As the war in Ukraine goes from bad to worse, Russia may still win a vote to reshape the net as we know it.
Antje Missbach, Melissa Phillips 17 Mar 2020 06:00

Destination countries try to get transit countries in line with their migration policies. It doesn't always work.
Rodger Shanahan 3 Oct 2017 09:29

There is a sense that the Syrian war is effectively over bar the fighting.