Stepping past the fatalism trap

If Australia wants to shape rather than be shaped by a fast-changing world, creative diplomacy is essential. 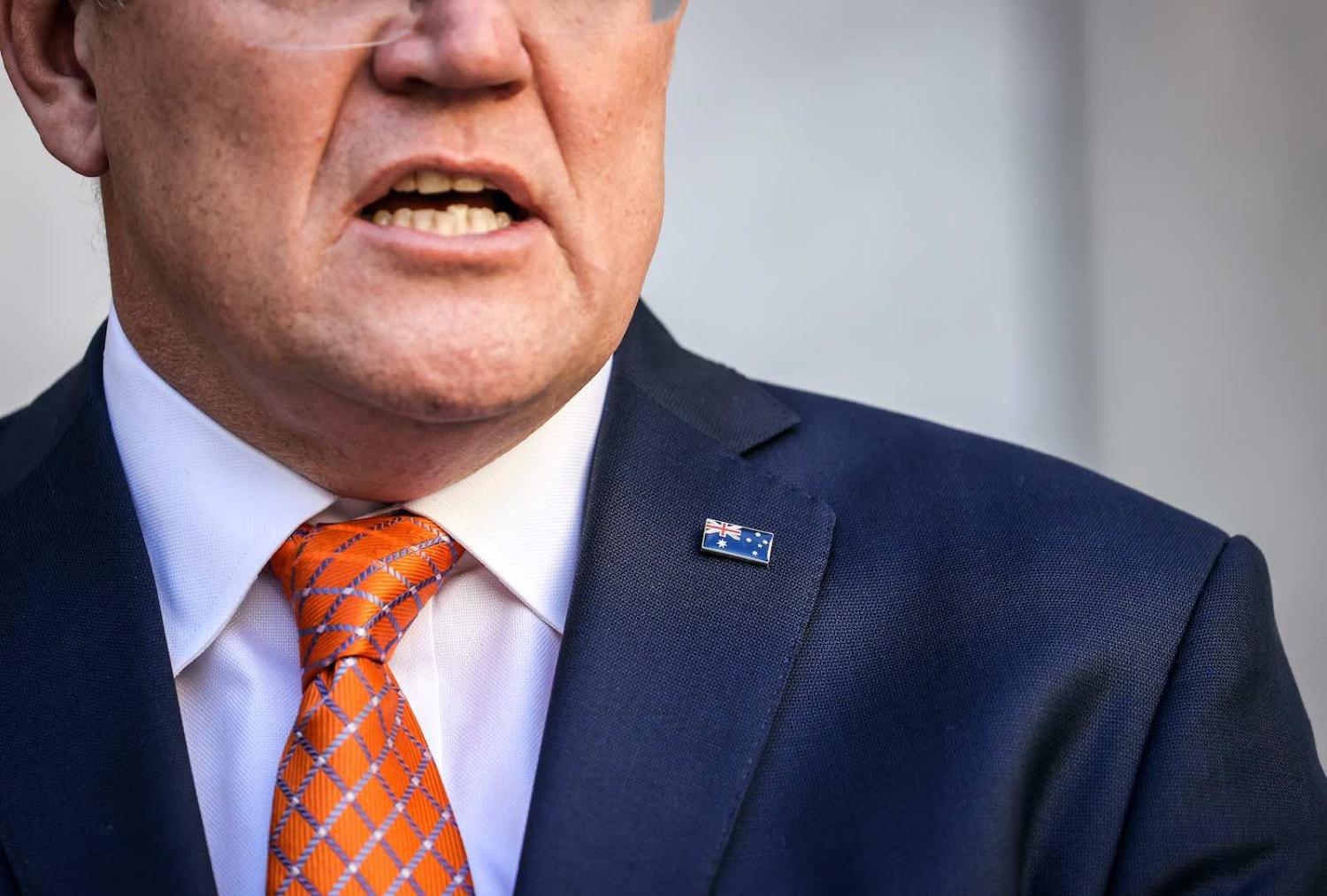 “We have to deal with the world as it is, not as we’d like it to be” – Prime Minister Scott Morrison (David Gray/Getty Images)
Published 6 Oct 2020     Follow @CatrionaCorby

The Australian government is fatalistic about its ability to shape the future of the Indo-Pacific region. This stems from longstanding assumptions – as Coral Bell wrote more than 50 years ago, Australians “remain fully and inescapably vulnerable to the diplomatic stresses arising in Asia, on whose periphery they live or die”. The observation is as true now as it was then. Yet Asia’s diplomatic stresses are also far more fraught today.

Canberra’s 2020 Defence Strategic Update, released in July, underscored a “strikingly grim” assessment of its strategic environment. It warned major powers are becoming more assertive, the use of coercion has increased, and that the risk of accidental high-intensity conflict has grown. The liberal international order is on shaky ground.

The government, therefore, has strong incentives to shape a safer region. However, it is pessimistic about its ability to do so. Prime Minister Scott Morrison remarked in August that he does not think “longing for the past amounts to a strategy”. As he put it: “We have to deal with the world as it is, not as we’d like it to be.”

The government made a decade-long, $270 billion commitment to military upgrades, including long-range missile acquisitions and significant boosts to Navy and Air Force capabilities. That signals a deterrent strategy, threatening sufficient punishment/retaliation as to make any aggression not worthwhile. But simultaneously the Department of Foreign Affairs and Trade budget has dwindled – facing cuts of $83 million by 2022 – indicating that the government is either uninterested in, or pessimistic about, the potential for diplomacy to shape the region to Australia’s benefit.

This approach shows how fatalism continues to have a hold on Australia’s strategic thinking: an attitude that the country cannot alter its deteriorating circumstances and must resign itself to dealing with the consequences. Whether one resulted from the other or not, the view has taken hold that Australia’s decision to champion an investigation into Covid-19’s origins saw an incensed Beijing slam tariffs on Australian agriculture. Australia’s command over its destiny will only weaken as relations between the US and China sour, and it feels pressured either by fear or by American demands to put even greater emphasis on its alliance relationship. Yet, beset by domestic crises and nearing the end of an ugly presidential election campaign, Washington is diplomatically absent in Asia and a poor advertisement for liberalism in any case.

If Canberra wants to shape events in its region rather than stumble through them, its principal strategic challenge is to reject the view that Australia cannot shape regional circumstances to its benefit. Strategy, after all, is the “art of creating power”. It requires considerable creativity and diplomatic energy. Policymakers will need to imagine a preferred future for the Indo-Pacific based on expert assessments about the balance of power, a robust public debate on Australian values (and where Australians might be willing to compromise for the sake of their interests), and a good deal of intuition.

Beijing isn’t emerging from the pandemic with a rosy reputation, but in the long term, its enormous capital and its leadership of institutions … could see it dictate the terms of regional cooperation far more than Australia might like.

There is already some recognition that Canberra will need to vigorously promote regional security architecture, trust-building partnerships and institutions, and good communication. Australia was the first country to formally adopt the Indo-Pacific concept, which emphasises “inclusion and solidarity” between middle powers and encourages cooperation with the US to dilute China’s influence. Both Foreign Minister Marise Payne and her Labor shadow, Penny Wong, attended a book launch earlier this year by Rory Medcalf, one of the key proponents of the Indo-Pacific concept, which demonstrates bipartisan interest. Yet the four-letter swap from “Asia-” to “Indo-” is a starting-point, not a solution. For a country which is still debating how much priority to afford Australian interests vis-à-vis values in foreign policy, a population uninterested in debating foreign affairs until a crisis strikes, and a Prime Minister who is deeply sceptical of international institutions, these are hard asks indeed.

So far, the Morrison government has been slow to translate words into action. Its assistance to Indo-Pacific nations in the face of Covid-19 has been weak at best. A group of senior economists, politicians, and commentators have called for Australia to join ASEAN and major Indo-Pacific powers in coordinating economic and resource security policies post-pandemic, and to strengthen support for at-risk neighbours. Policymakers risk squandering a prime opportunity to demonstrate middle-power leadership.

President Xi Jinping, on the other hand, has already stepped up China’s commitment to free trade and renewable energy. Beijing isn’t emerging from the pandemic with a rosy reputation, but in the long term, its enormous capital and its leadership of institutions such as the Belt and Road Initiative, Asian Infrastructure Investment Bank, and Shanghai Cooperation Organisation could see it dictate the terms of regional cooperation far more than Australia might like.

If Australia prefers the Indo-Pacific ideal for our future region, whereby middle powers engage with one another and the U.S. to dilute China’s influence, the government cannot afford to adopt a fatalist deterrence posture. Deterrence is undeniably important: Australians cannot elect the forty-sixth US President any more than they can choose who rules China. Even more importantly, however, if the Morrison government wants to shape rather than just react to its strategic environment, it needs to commit more to diplomatic effort and creativity.

Previous Article
PNG electrification: Spend on solar to help meet targets
Next Article
Global trade policy at a lull, but for how long?

The latest news, research and analysis from around the world.
Mateo Szlapek-Sewillo 9 May 2022 05:00

A new world has created new opportunities in energy, security and diplomacy that Canberra should grab without delay.
Xueyin Zha 4 Nov 2021 06:00

AI is becoming a routine aspect of daily life, but can the law – and informed social policy – truly keep pace?