Any “minilateral” grouping among Southeast Asian nations must be mindful of its internal contradictions. 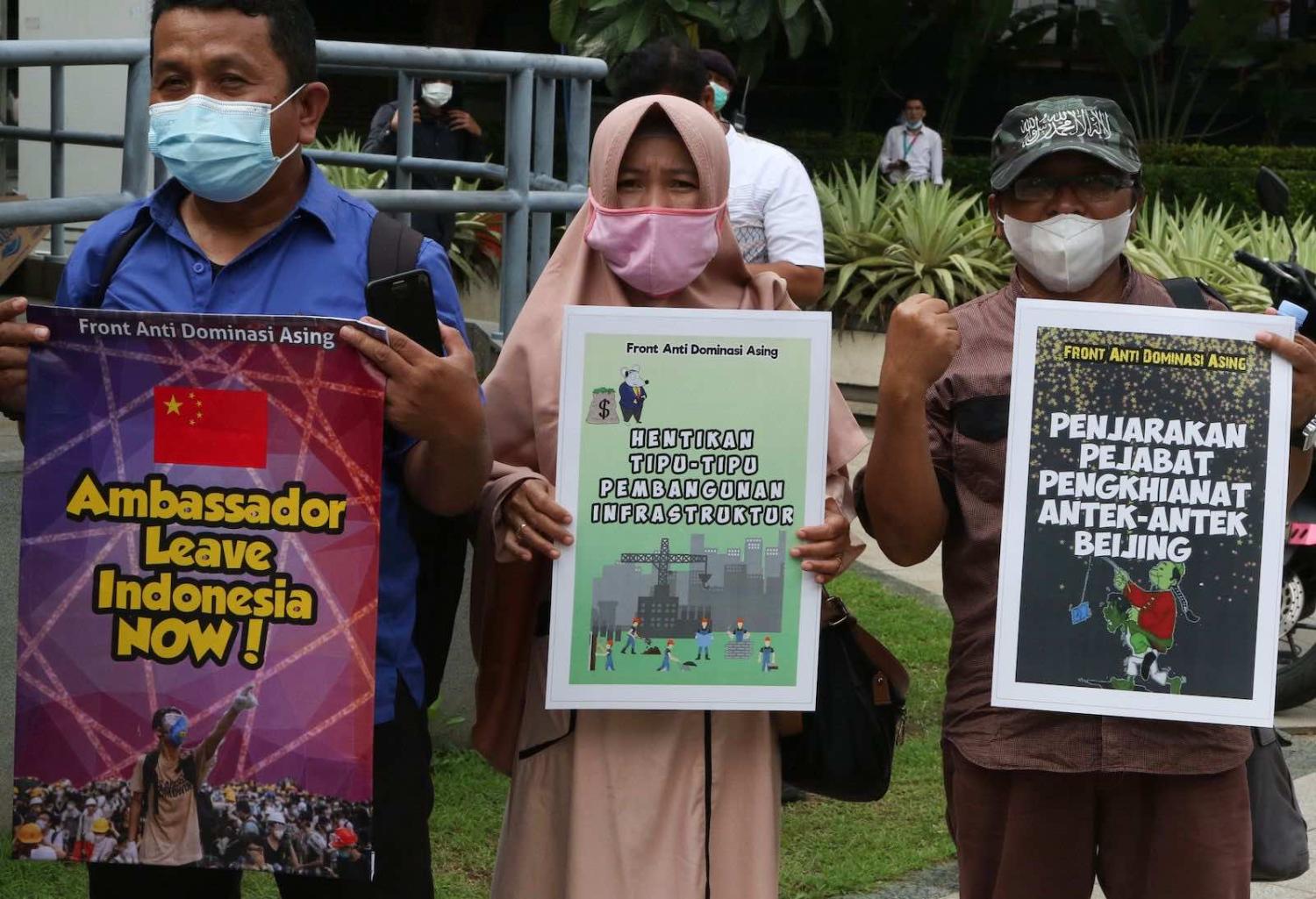 “Coalition” is one of those politically loaded terms that the sovereignty-conscious member-states of ASEAN tend to avoid – especially in dealing with disputed claims in the South China Sea. Keeping the region away from direct conflict with its giant neighbour the People’s Republic of China has long been considered to be imperative for economic development.

However, the latest examples of friction in the area might push at least some Southeast Asian countries beyond the established pattern.

At the weekend, the US Indo-Pacific Commander Admiral John Aquilino said that China had now fully militarised at least three of its artificially-constructed islands in the disputed waters. The islands “expand the offensive capability of the PRC beyond their continental shores,”  Aquilino told AP, further “destabilising the region”.

China’s rapid military build-up in recent years follows its blatant move in December to protest oil drilling in Indonesia’s Natuna Islands. The incident led Jakarta to increase coordination with key ASEAN partners and hasten plans to boost its naval spending. Jakarta’s announcement it intends to make a multi-billion dollar purchase of 42 French Rafale fighter jets and that the United States has approved the sale of 36 F-15s to Indonesia marks an intention to adopt a more robust stance in response to China’s actions.

Hence, the whisper of a “coalition”.

Indonesia’s plan to convene a special meeting with officials in charge for maritime security from Singapore, Vietnam, Brunei, Malaysia, and the Philippines resurrected a years-old proposal of making of an ASEAN’s “coalition of the willing”, which analysts have long anticipated. Although a mooted February meeting did not occur, other developments are noteworthy. In December, Indonesia’s Maritime Security Agency and Vietnam signed a memorandum to strengthen maritime security ties, followed in January by a new Indonesia-Singapore defence agreement. Cooperation with other partners might be forthcoming.

The rationale behind forming such a “minilateral” group is to escape the constraints of consensus mechanisms and widening divides inside ASEAN, especially during period which sees Cambodia chair of the grouping. The longstanding impasse in negotiations over a South China Sea Code of Conduct further adds to the attraction of a minilateral format.

But the fanfare must be tempered before any such “coalition” could be considered effective.

Most obviously is that even among these ASEAN members there are divergent approaches to the dispute. With China claiming most of their maritime territory via its so-called “nine-dash-line”, Vietnam and the Philippines are willing to adopt a tougher posture. On the other hand, Brunei, and, to a lesser degree, Malaysia are more hesitant.

The differences also manifest in response to external initiatives aimed at curbing China’s expansionism. The schism caused by the AUKUS announcement the most recent example. The Philippines believed that providing Australia with nuclear-powered submarines could maintain the balance of power in the region, whereas Malaysia warned the deal could spark a regional nuclear arms race and went as far as sending its defence minister to China for consultation. Indonesia also made its reservations plain.

Far from a cohesive bloc, the ASEAN claimants are also bedevilled by mutual rivalries.

Domestic politics can also muddle the approach taken. The Philippines is the clear example, where President Rodrigo Duterte squandered his predecessor’s hard-fought win at the Permanent Court of Arbitration in a bid to appease Beijing – before flipping his stance ahead of the 2022 national election. In Indonesia’s case, a fragmented bureaucracy has resulted in the sending of contradictory signals between key ministries.

Far from a cohesive bloc, the ASEAN claimants are also bedevilled by mutual rivalries. Vietnam, Malaysia and the Philippines have their own overlapping claims in the Spratly Islands, which haven’t settled even in the face of China asserting its “historic rights” the bulk of the South China Sea.

Trust deficits hinder potential cooperation, even in the less-contentious area. For instance, a Malacca Straits patrol established by Indonesia, Malaysia, and Singapore only provides low-level cooperation to address sea piracy rather than more institutionalised measures such as via the establishment of a joint command structure.

Nor is China the sole culprit where questions about the exploitation of natural resources arise. Much of the illegal, unreported, and unregulated (IUU) fishing in the region is committed by fellow ASEAN neighbours. In Indonesia, where IUU fishing annually cost more than $3 billion, nearly half of ASEAN’s total loss, most violations were perpetrated by Vietnamese fishermen. The infamous line from then-Indonesian Fisheries Minister Susi Pudjiastuti, “Tenggelamkan!” (“sink it!”) led to a diplomatic spat with Hanoi, one of Indonesia’s most strategically significant potential partners.

China has long exploited the lack of common stance between ASEAN members. Finding unity among like-minded states, first and foremost, is necessary to outmanoeuvre Beijing’s “divide and conquer” approach.

Resolving bilateral dispute and distrust are paramount. Smoothing out such internal misalignment is prerequisite to create any effective group, whether formally branded a coalition or not.

Previous Article
What counts for victims of trafficking?
Next Article
Solomons: Putting a draft security deal with China in local context