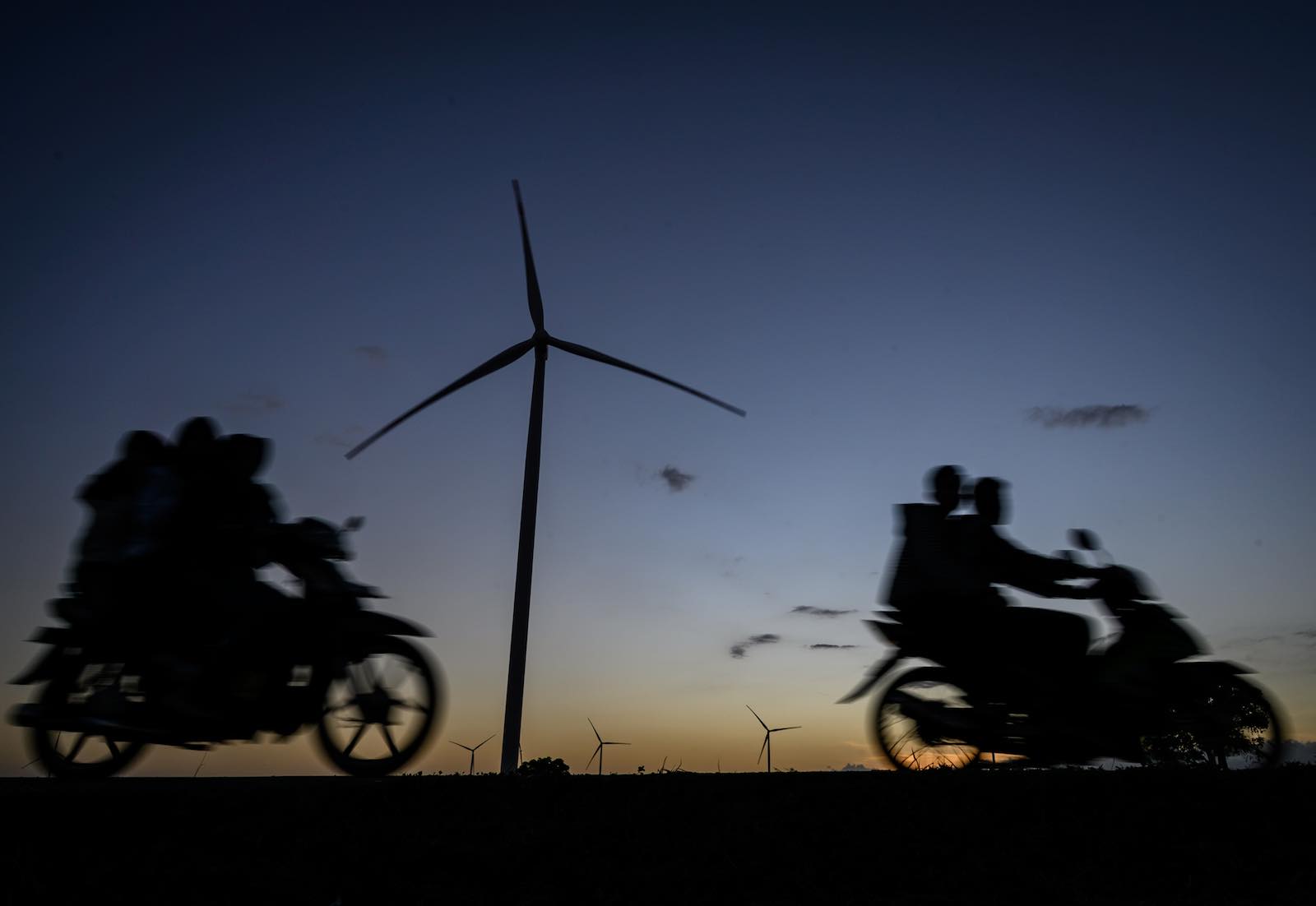 Air pollution is worsening in Jakarta and West Java, while tens of millions of people experienced a day-long blackout earlier this month after gas-powered electricity generators failed and significant proportions of eastern Indonesia have do not have reliable power supplies. So why does Indonesia remain so reliant on fossil fuels?

For an archipelago as large as Indonesia, located along the equator and on top of a ring of active volcanoes, you wouldn’t be wrong in thinking the nation could become one of the world’s leaders in renewable energy.

In fact, Indonesia has the potential to generate 788,000 megawatts (MW) of power from renewable energy sources such as wind, solar, tidal, and geothermal. This is more than 14 times the country’s current electricity consumption. Thanks to magma, hot rocks, and hot water beneath its surface, Indonesia has 40% of the world’s geothermal energy stores, enough for 29,000 MW of energy. Meanwhile, its huge maritime area could provide 75,760 MW of power through projects such as the Larantuka Straits Tidal Bridge, a US$550 million project that will power 250,000 homes in East Flores. When completed, it will be the world’s largest tidal power plant.

Yet in 2018, of the approximately 60,000 MW of electricity used every year in Indonesia, only 12% of this came from renewable energy sources. The rest is sourced from coal (55%), gas (26%), and oil (7%), and it is these fossil fuels that are responsible for Jakarta’s air pollution woes (coal plants in Banten and West Java) as well as the 4 August blackout (caused by failures at gas plants in Cilegon). State energy provider PLN is now offering Rp 839 billion (US$58.7 million) in compensation for the power outage.

Indonesia’s electricity needs are predicted to grow by around 7% every year until 2027. This is averaged out across the whole country, so it is important to note that somewhere between 10 and 20 million Indonesians still do not have access to electricity. Only 60% of people in East Nusa Tenggara have electricity, for example, while in Papua the rate is just 50%. In many areas, power is also not available 24 hours a day, and is instead only accessible for a few hours at night.

Even if just half of the country’s potential wind energy was captured, it would meet current energy needs.

Even if just half of the country’s potential wind energy was captured, it would meet current energy needs. Indonesia’s first wind farm was only built in 2018 in Sidrap, South Sulawesi – its 30 turbines provides 75 MW of energy to 70,000 households, and covers 100 hectares of land, making it Southeast Asia’s largest wind farm. At its launch, President Joko “Jokowi” Widodo joked, “I feel like we’re in the Netherlands, but we’re in Sidrap.”

So why aren’t more renewable energy sources being harnessed? After all, both the national government and PLN are keen to increase the use of renewable energy, with a target of 23% renewable energy by 2025. Indonesia is also committed to meet the 2015 Paris Agreement, although it has been threatening to quit the agreement over Eurpean Union plans to phase out its use of palm oil for transportation fuel.

Part of the problem lies in regulation. The Constitutional Court ruled in 2003 that electricity is an important state product and must be managed by the government through either state-owned enterprises or public-private partnerships. This means that no independent power companies can sell electricity directly to consumers; instead, they must sell their electricity to PLN first.

As Abidah Setyowati points out in East Asia Forum, the situation isn’t that simple. Multiple new energy policies are issued every year – in 2017 alone, 20 policies were released, some of which were later withdrawn. One policy requires private investors to transfer their projects to PLN at the end of agreement periods, which, combined with the fact that the Minister for Energy and Mineral Resources sets the consumer price of energy, has led to concern about return on investment.

Financing is another problem. To achieve the 23% target of renewable energy by 2025, Indonesia needs an investment of Rp 2,000 trillion (US$154 billion). The state is unable to allocate this huge amount, meaning that private financing is necessary, yet regulatory uncertainty and clashing policies are seeing significant reluctance from both potential investors and lending banks to get involved.

A third issue lies in Indonesia’s massive coal reserves. Coal is not only plentiful but cheap – the domestic price is capped at US$70 per tonne, much lower than the global market price which peaked at US$100 in January. This makes it difficult for renewable energy to compete, especially when considering how embedded and powerful the fossil fuel industry is. Not needing to import coal means the situation is very different to neighbouring countries such as Vietnam, where hydropower meets 38% of national energy needs in 2016, ahead of coal at 33%.

Despite all this, consumers concerned about climate change are increasingly demanding that their electricity come from renewable sources. Minister for Energy Ignasius Jonan has even been willing to face the wrath of PLN and fossil fuel interests, not only pushing rooftop solar panels as a solution for both homes and businesses but installing them on his own house.

With lofty targets, strengthening user demand, and significant natural resources, Indonesia has the potential to become a leading nation in renewable energy. The challenges are also many, however, especially with powerful fossil fuel players likely to do all they can to face off the “threat” of renewable energy. But with air pollution, climate change, and blackouts, for how much longer can this really be considered a question of choice?