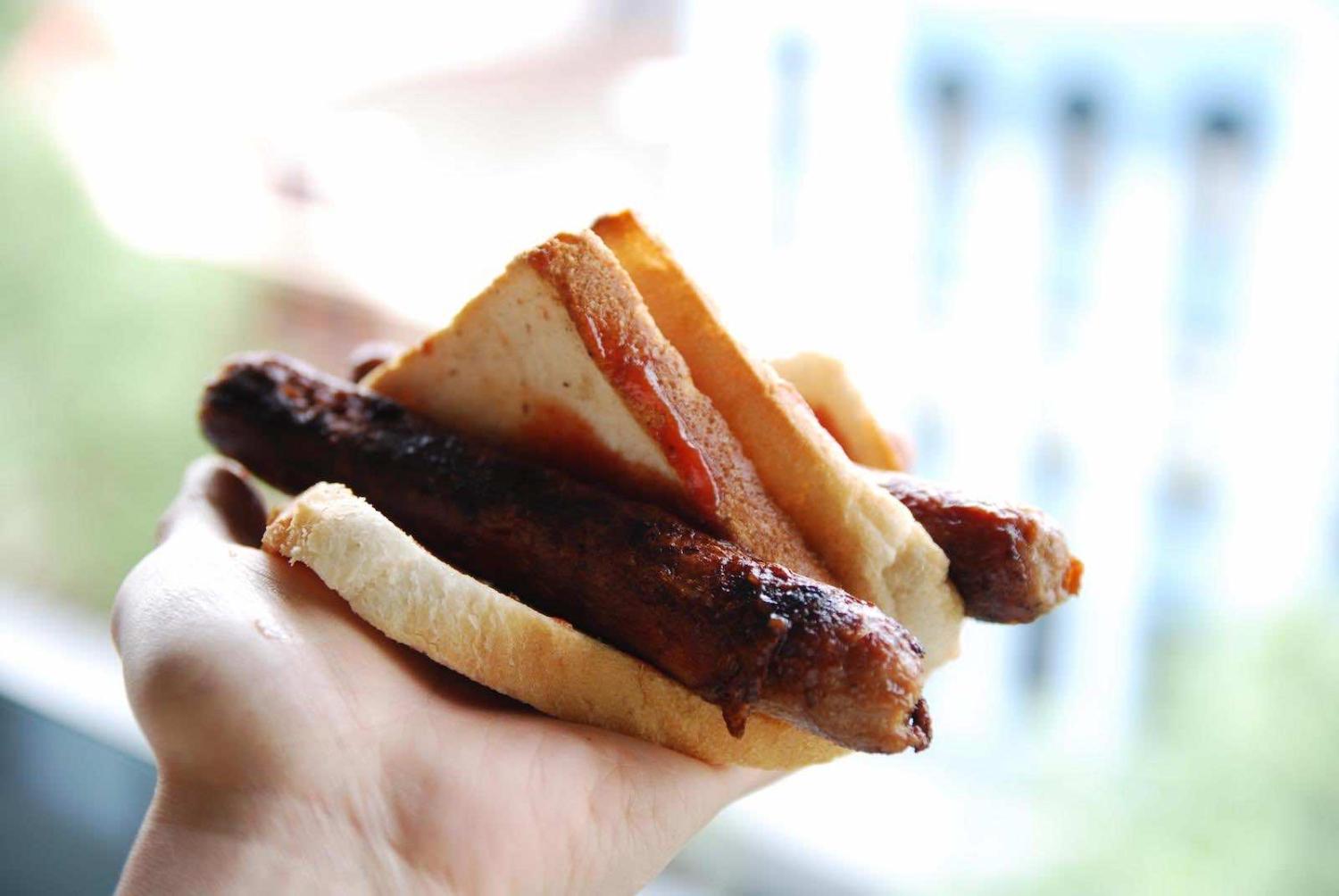 Bipartisanship no refuge for patriots

It was notable how last Friday’s relatively buttoned-down debate between Foreign Minister Marise Payne and her Labor opponent Penny Wong was greeted as two patriots maintaining a disciplined bipartisan approach to foreign policy.

It is obviously better that two politicians vying to represent Australia abroad don’t bad mouth foreign countries or rashly accuse each other of being in the pockets of some foreign interest. But there is no reason to regard them as needing to be more patriotic than their equally internationally experienced colleagues vying to be the country’s Treasurer.

Bipartisanship has become a straitjacket that is used to constrain debate about international relations issues when the public would be better served by more honesty and alternatives about how Australia can or may have to proceed in a changed world. But it is not hard to understand why politicians are cautious when many political reporters treat politics like a horse race and will red-flag a breach of bipartisanship before even considering the policy ideas.

It also manufacturers an exaggerated debate where a bipartisan position is notionally established. So now with both sides perceived to be united on China, the election has seen more debate about who is the Manchurian candidate than, for example, how Australia might proceed to engage China in some way when the list of 14 Chinese complaints has been turned into a locked door.

It always strikes me that we democracy sausage pundits haven’t quite taken into account the implications of that other sage advice about sausages, which is to not watch them being made.

In another example, Labor’s deputy leader and industry spokesman Richard Marles has been attacked for maintaining an unusually high level of links to Chinese officials when it this not really his line responsibility. It is good this has been subject to scrutiny to avoid any undue foreign influence peddling. But Australia needs many more politicians who have ongoing personal links to Asian political decision makers that extend or last beyond the formal bureaucratic relationship between, for example, serving foreign ministers. These official relationships invariably produce saccharine declarations of being besties after a couple of formal meetings when we need deeper insights into the region.

Security challenges are better far away

Despite the apparent waning of national security as an election issue (see below) as voting day looms on Saturday, from a foreign policy perspective the most telling number from this election is 45. That is the number of times the normally relatively obscure country of Solomon Islands was mentioned in the foreign policy debate.

The Solomons-China deal has been heated in the campaign but more cathartic in the Canberra policymaking community where the question of who lost the Solomons to China is being overtaken by the question of who or what next. What might have been the curiosity of the Marcos family coming back to power the Philippines is now a much more central issue in the foreboding spectre of a Solomon Islands-like situation in Southeast Asia. President-elect Ferdinand Marcos Jr has pointedly declared his is proud that his namesake father initiated relations with China in 1975 and he wants to take things further.

But all this only highlights how Australia’s politicians are more comfortable dealing with a distant crisis than those close to home. Ukraine ranked after China and Solomon Islands in the debate references to countries. The war there has provided both a gruelling and uplifting foreign background to the election campaign and Australia has stepped up the flow of military equipment during the caretaker period of the election in line with the Coalition government’s khaki election campaign ambition. This is easy bipartisanship although as Peter Dean has argued on The Interpreter, it left the Coalition fighting the last war.

But there has been hardly any election discussion of the near civil war underway in Myanmar and the likelihood that it will continue much longer than the Ukraine conflict where the well-supported Ukrainians are making remarkable headway against the invading Russians. As Lowy’s Jessica Collins has noted Australia raced to sanction Russia but not Myanmar. The underequipped former civilian democracy supporters now fighting a nasty guerrilla war against a battle-hardened Myanmar military have largely disappeared from view in Australia despite mounting a resistance few would have expected a bit more than a year ago. This is creating a vacuum in the very region which both sides of politics say is important by undermining decision making in the Association of Southeast Asian Nations.

Indonesia’s hosting of the Group of 20 summit in November will provide the incoming Australian government with an opportunity to support a close neighbour’s non-alignment rather than just reflexively piling on with United States sanctions on Russia.

While politicians have avoided the issue during the election campaign, it is good that the Department of Foreign Affairs and Trade has reportedly decided that the new ambassador to Myanmar will not present credentials to the military government to avoid giving it legitimacy.

On the other hand, with the Philippines now the only major Southeast Asian country without a Comprehensive Strategic Partnership-style standing in Australia’s diplomatic pantheon, fixing that should be a high order priority for a new government.

And Indonesia’s hosting of the Group of 20 summit in November will provide the incoming Australian government with an opportunity to support a close neighbour’s non-alignment rather than just reflexively piling on with United States sanctions on Russia.

One country at a time, thanks

It took until Wednesday for Indonesia, Australia’s closest global scale neighbour, to prompt an evocative mention from the two leaders during the campaign. Labor leader Anthony Albanese talked about how he travelled there more than other countries previously as a minister to set up cooperative transport safety mechanisms.

At the foreign policy debate last week China got more than 80 mentions combined compared with less than ten for each of India, Indonesia and Vietnam. And yet stronger relations with these countries, particularly in the economic domain, is fundamental to reducing the economic dependence on China which sits uneasily alongside the current abrasive diplomatic relationship.

A heated election campaign certainly isn’t the best measure of the many sinews of a country’s international relationships. But there can often be a hot and cold quality to Australians’ and their governments’ relationships with neighbouring countries which may reflect a long comfortable dependence on great and powerful friends, first Great Britain and then the United States.

Both sides have talked up broader engagement – especially with Southeast Asia  – and with Labor providing much more detail. But the ongoing nuanced recognition of having to live with and learn from difficult large neighbours seen in, for example, South Korea, Singapore and Germany is something Australia’ politicians should more often explain to voters used to those old powerful friends.

All politics is local

In the end it seems, Tip O’Neill was right again with his old Bostonian Democrat folk wisdom about what drives politics. Despite the earlier sense that the Morrison government’s hoped for “khaki” election about Ukraine and China had become a foreign policy election about the South Pacific that perhaps suited Labor, the numbers are in.

Security and defence this week dropped to number ten ranking in the Streem Media tally of media references to election issues. Although the environment, which arguably has a foreign policy dimension, is still number two, for the whole campaign security and defence have run at number eight. This is a contrast to late April when this issue was ranking at the quite high number four after employment, the environment and health. That was when the government was issuing conflicting messages about what had happened in Solomons Islands and Labor quickly issued a new Pacific aid policy with a ballot for permanent residence visas.

It is worth noting in retrospect that the term “national security” was only used once each by Prime Minister Scott Morrison and Opposition Leader Anthony Albanese in their benchmark campaign launch speeches. “Jobs” got double digit mentions and “energy” almost ten each. This is despite two opinion polls at the beginning of the campaign suggesting Labor was competitive in the national security domain traditionally seen as a strength for the centre-right Liberal-National Party Coalition.

It is about this time in an election campaign that many pundits start to wax lyrically about doing their duty and taking part in Australia’s compulsory voting system with paper ballots which are still theoretically meant to be cast on Saturday despite the growing popularity of pre-poll voting. This is what has become known as participating in the country’s “democracy sausage”, a reference to how a traditional-minded voter will then build a bit of social capital by buying a barbequed sausage (or the vegetarian or vegan equivalent) to support the local school which is hosting the polling place. There’s even a website to find the best offerings.

I am one of them. Although it always strikes me that we democracy sausage pundits haven’t quite taken into account the implications of that other sage advice about sausages, which is to not watch them being made.

But in what was a wannabe khaki election where more complex ideas such as a multipolar world and soft power didn’t get much of a look in, the slightly nanny-state quality of the Australian system is worth celebrating when some other countries are facing cyber intrusions, blatant vote buying and waning voter participation in their elections.

Can a century old, generally stable, mostly two-party system cope with the domestic equivalent of a multipolar world – a result which forces the major parties to negotiate a new government with the rising numbers of independent and minor party representatives in the national parliament? (See our chart on the 30 year rise of independents in Australia here).

Governments might worry about short-term political horizons. But have faith the public can judge the long-term risks.
David Kelly, Joost van Deutekom 27 Apr 2017 15:33

Can Beijing act as a guarantor of regional security and stability? North Korea may provide the litmus test.