The Australian government can point to the experience in Ireland to soothe the inevitable challenges. 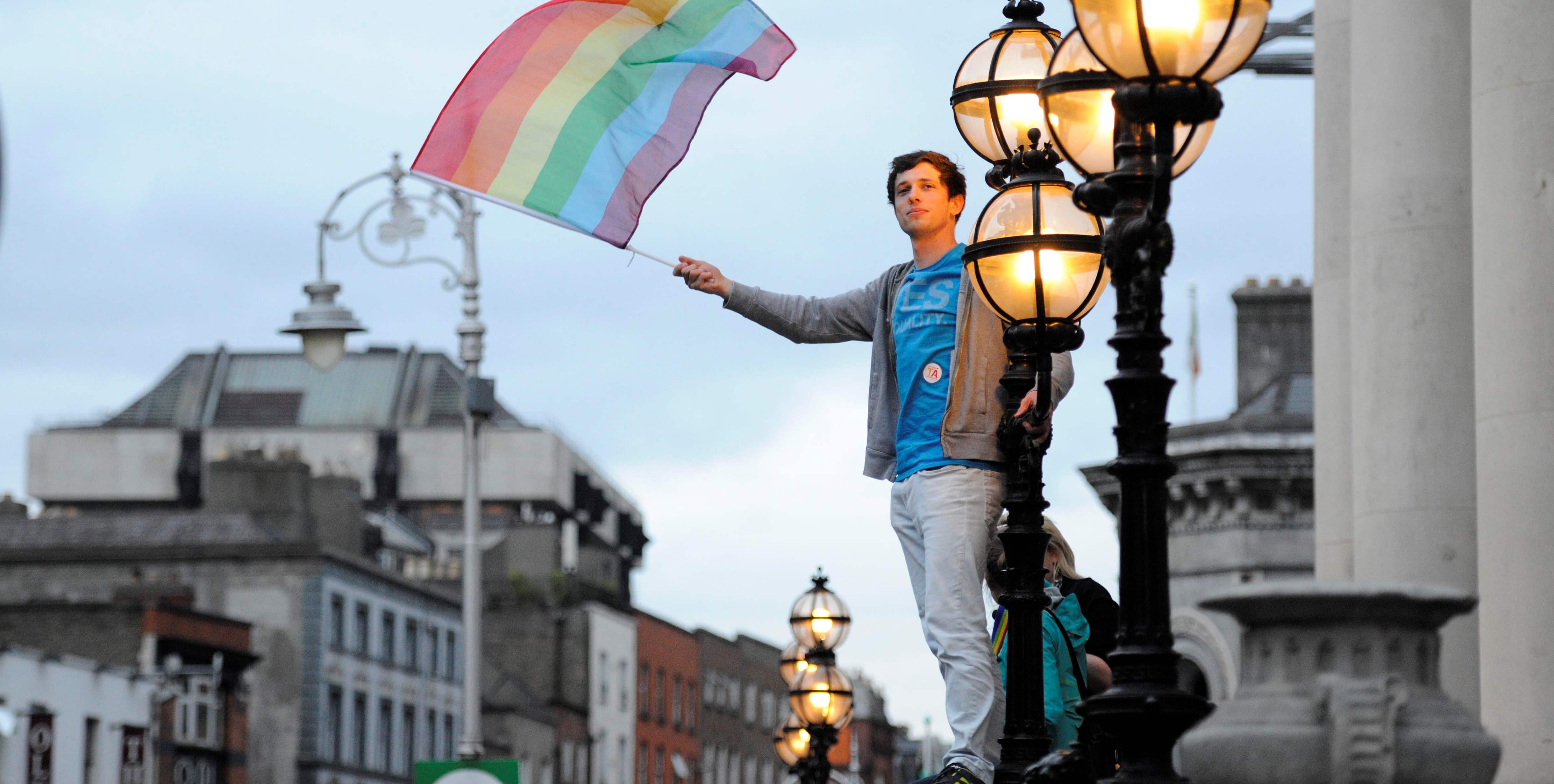 'Once you have taken your decision you just move on then and get on with life, nothing fundamentally changes, hens will still lay eggs.'

So said Ireland's President Michael D Higgins the month before the resounding Yes vote this week in Australia's postal survey on same sex marriage. Ireland's experience is instructive, the first country to legalise same sex marriage in May 2015 by means of a popular vote.

Ireland voted to amend country's constitution to allow 'marriage may be contracted in accordance with law by two persons without distinction as to their sex'.

As was the case in Australia, the Yes campaign framed its arguments in terms of rights and equality, and the No campaign focused on the issues of family, child protection and the implications for children born of surrogacy.

Unlike Australia, however, the referendum enjoyed the support of the major political parties (Fine Gael and Fianna Fáil), as well as the minor parties and prominent independents such as Katherine Zappone. In 2006, Zappone fought unsuccessfully in the Irish High Court to have her Canadian same-sex marriage recognised in Ireland and she subsequently became a key advocate for the Yes cause. In addition, in January 2015, then-Health Minister Leo Varadkar (now Ireland's Prime Minister) 'came out', giving the Yes campaign a strong boost.

In predominantly Roman Catholic Ireland, the referendum represented a contest between the secular Irish state and the Catholic church, supported quietly by the Church of Ireland and other protestant churches. Ireland's relatively small Islamic, Jewish and other religious minorities were not especially visible in the public debate. Nor were Ireland's European or other immigrant communities.

The Irish campaign was also marked by its organic, grassroots nature. Campaigners on both sides knocked on doors throughout the country to press their respective cases with undecided voters. The Yes campaign focused on having a 'soft tone' and creating an environment in which LGBTI people could tell their stories on an individual level to family and friends who may have been undecided.

The No campaign focused on families and traditional values. This backfired late in the campaign when it was revealed the family featured in one their posters in fact supported the Yes campaign.

Both challenges were rejected by the Irish Supreme Court. The path was cleared for the passage of The Marriage Act 2015, which was approved by the Oireachtas and signed into law in October 2015.

More than two years later, the dust has settled and same-sex marriage is part of the legal and social fabric of Ireland. The debate on rights and equality issues continues, with the focus now on abortion and a campaign to repeal Article 40.3.3 of the Irish constitution, known as the Eighth Amendment, which accords equal value to the right to life of an embryo or foetus and the mother.

Given the similarities and differences, what can Australia learn from the Irish experience?

Evidence suggests that despite the Yes vote, the campaign took its toll on Ireland's LGBTI community. For example, the 2016 Swimming with Sharks study conducted by the University of Queensland and Victoria University, in conjunction with Ireland's National LGBT Federation, reported negative social and psychological impacts associated with the referendum and the public messaging of the No campaign. Those particularly affected included children of LGBTI parents, LGBTI people living in rural Ireland and older LGBTI people.

The major political parties agreed on both the issue of having a referendum and - in the event of a Yes vote – how to implement the outcome. Despite constitutional challenges, the Irish churches and the No campaign generally accepted the result and the debate in Ireland was largely civil, a point noted by President Higgins during his October visit to Australia.

Finally, the Irish government moved quickly and decisively to introduce legislation to give effect to the referendum result and is now one of approximately 25 countries, predominantly in Europe and the Americas, which allow for gay marriage.

Australia's path to implementing the Yes vote lacks the same political agreement. But the government can point to the experience in Ireland to soothe the inevitable challenges and remind the public that the hens still lay eggs.