What our columnists and contributors made of the protagonists and power plays during this year’s federal election. 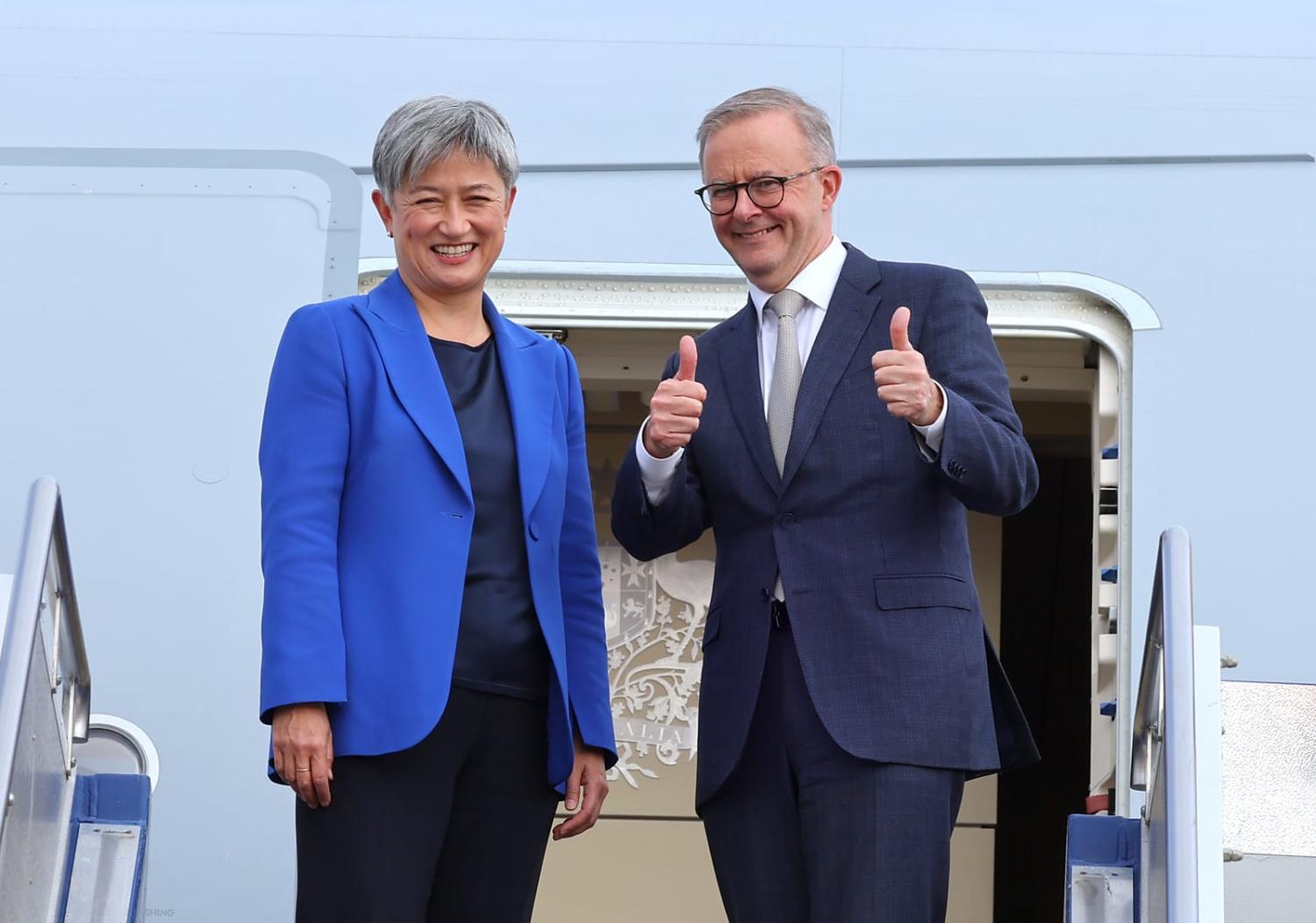 In May this year, the Anthony Albanese-led Labor opposition cruised into power, albeit with the outboard motor working overtime, after a tight election campaign that saw one in three voters casting a ballot for a minor party or independent candidate.

In the weeks leading up to the election, regular Interpreter columnist Greg Earl examined the disruption to the two-party political cycle, the rise of independents, and the so-called “teal wave”. He also assessed the merits of Australia’s “democracy sausage” – a reference to the social capital that comes from turning up to vote and at the same time buying a barbecued snag to support the local school hosting the polling place.

In the week before polling day, Hugh Piper examined the prospects for the majors, speculating on a Coalition win and what it might mean for the party’s foreign policy (he predicted headaches and opportunities) while also hypothesising on what a Labor win might look like with a snowballing number of priorities.

Having made a decision to place national security at the centre of their campaign, the Coalition had fallen into the trap of fighting the last war.

Meanwhile, Sam Roggeveen analysed the debate between the incumbent and hopeful foreign ministers, Marise Payne and Penny Wong. Wong would later go on to reinforce her credentials in a series of meetings around Southeast Asia and the Indo-Pacific, the highlight being her address in Bahasa Indonesia while she was visiting Jakarta.

Some months before, Paul Kelly had assessed how the then prime minister’s relationship with the region was affected by both personal and political factors in his Lowy Institute Paper, Morrison’s Mission: How a beginner reshaped Australian foreign policy. Later, Peter Dean would provide a post mortem of the Liberal leader’s election loss, reckoning that the Coalition government, having made a decision to place national security at the centre of their campaign, had fallen into the trap of fighting the last war.

With his feet under the desk, Albanese, as the new Prime Minister, and with Wong seemingly omnipresent as Foreign Minister, wasted no time in establishing their bona fides on the international stage. Within three hours and five minutes of being sworn in, Albanese had left the tarmac in Canberra and was bound for Tokyo for his first multilateral meeting – the Quad – with US President Joe Biden, Indian Prime Minister Narendra Modi, and Japanese Prime Minister Fumio Kishida, as covered by Donna Weeks. Hugh Piper would later gauge that Albanese had done well in his first month, having made “a textbook start to re-engagement with Indonesia” – a key player in Australia’s geopolitical realignment with its neighbours.

The pattern would continue. In his first six months, Albanese visited President Joko Widodo in Jakarta, Australian troops near Dubai, President Emmanuel Macron in France, the OECD in Paris, and President Volodymyr Zelenskyy in Ukraine. He attended the NATO Leaders’ Summit in Madrid, the East Asian, ASEAN, G20 and APEC summits, and the funerals of Queen Elizabeth II and former Japanese Prime Minister Shinzo Abe – a spectacular round-up of commitments, the juggling of which Hayley Channer had pointed out in May would be the test of any new government.

Within the first week out of the starting blocks, Wong headed to the Pacific Islands region, a counterbalance the Chinese foreign minister’s eight-nation tour, and prove that the Pacific mattered to Australia, as Jessica Collins wrote. In June, Susannah Patton provided a short primer on how the Albanese government could refocus on Southeast Asia in 2022 and beyond for maximum impact. And in July, Eglantine Staunton covered Labor’s efforts to repair relations between France and Australia over the handling of the AUKUS submarine deal.

It seemed in those first months on the job that everyone wanted a private audience with the new PM, including the ambassadors and high commissioners from some of the smaller missions to Australia. In a series for The Interpreter, Daniel Flitton interviewed a range of envoys to Australia – from Guatemala, Botswana and Brazil to Uruguay and Norway – about what they might discuss with Albanese given the chance. The series caught the attention of Penny Wong, referenced during an interview with former head of the ONA intelligence agency, Allan Gyngell.

All this with Albanese promising a “big agenda” for 2023.

How Trump may have helped the climate cause

Whether or not President Trump withdraws the United States from the Paris Agreement is less important than how other countries respond to his decision.
Richard McGregor 24 Jan 2020 13:00

So far, to authoritarian type – placing strict controls on information in the name of maintaining stability.