How to Interpret 2022: Solomon Islands strikes a deal

Honiara’s foreign policy caused ripples across the region, as we round up highlights of the year from The Interpreter. 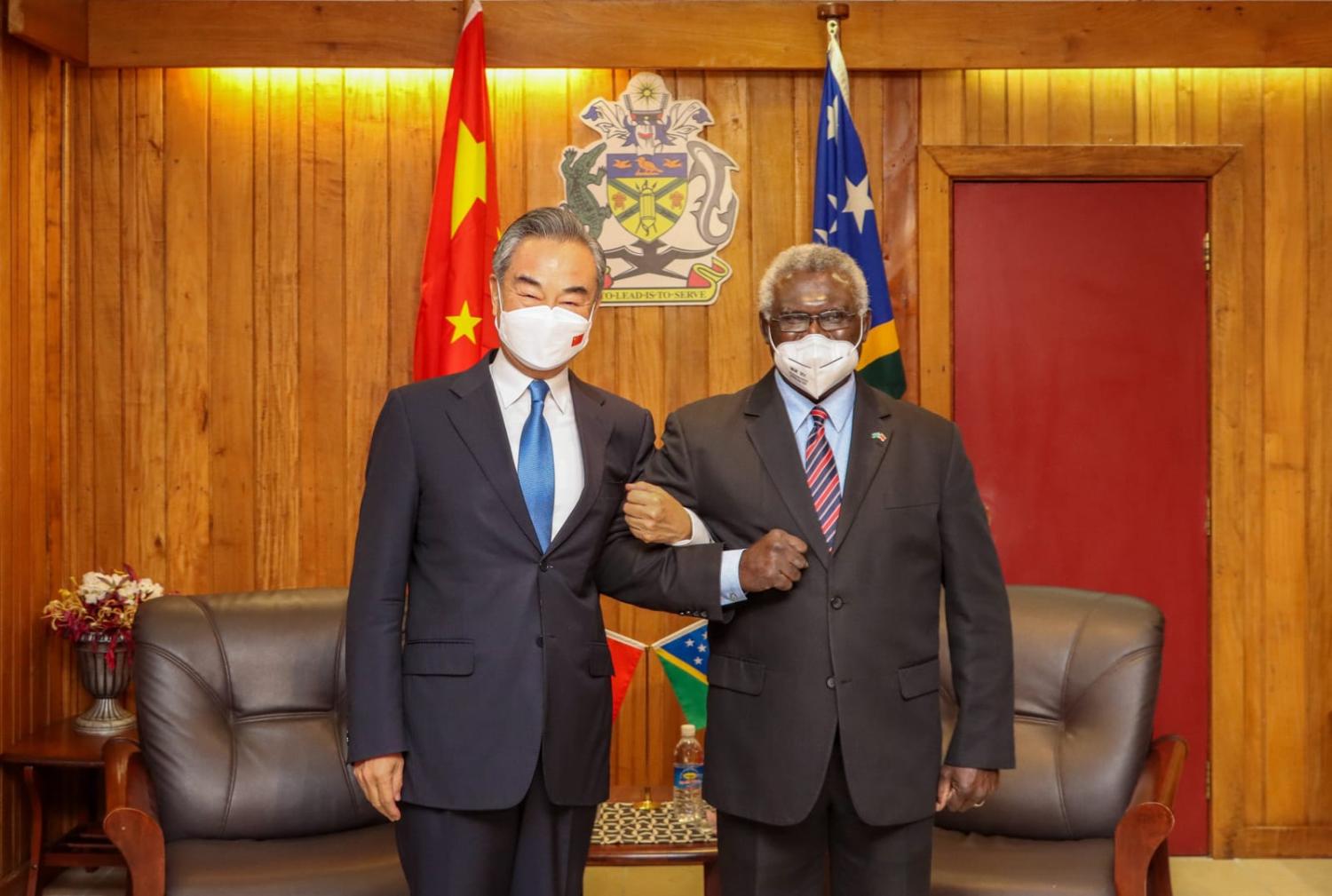 Rarely have the affections of a sparsely populated archipelagic state been so wooed as those of Solomon Islands – the string of southwest Pacific isles sitting 2,000 kilometres off the coast of Australia and 7,000 kilometres from China.

In August last year, rumours started circulating that Honiara and Beijing were negotiating an agreement under which China would send security personnel and possibly base naval vessels in Solomon Islands ports. Some of the rumours turned out to be true. Following riots in November 2021, Solomon Islands announced it would accept China’s offer of six police advisers and a swag of emergency riot equipment, which came hot on the heels of Australia providing military and police to Honiara.

In January, Gordon Peake and Graeme Smith assessed the situation, noting that Australian aid programs in the country had rumbled on for years, punctuated here and there by openings of initiatives and handings-over of cars. Australia, they argued, had guarded this space assiduously.

The following month, a wave of Covid-19 hit the islands, with almost 4,000 cases reported, after having largely kept the virus at bay. Derek Gwali Futaiasi wrote on the outbreak, also examining the Memorandum of Understanding that eventually surfaced in March, signed between Honiara and Beijing regarding security and policing. The MOU, he argued, underscored the legacy deficiencies in Australia’s 14-year Regional Assistance Mission to Solomon Islands (RAMSI).

By April, it had become clear that there was no shutting China out of the South Pacific, and as the election campaign took shape in Australia, Labor branded the Solomon Islands security pact with Beijing as the biggest foreign policy failure in the Pacific since the Second World War. Peter Hooton begged to differ, pointing out that missed opportunities on climate change were in fact the bigger blunder and the opportunity to turn perceptions around. In June, Hooton wrote about the new government’s labour mobility scheme, which looks set to offer a new dimension to Australia’s permanent migration program.

Talk of the Pacific Step-up (or “Pacific Stuff-up” as Labor had labelled the program in the lead-up to the May federal election) forced the lens onto foreign aid in the region. Alexandre Dayant, drawing from the Lowy Institute’s recently updated Pacific Aid Map, traced donor dollars with some surprising findings, including that despite an overall 24 per cent increase in spending to the Pacific, funding to Solomon Islands had decreased by 43 per cent in 2019. It also found that although China’s foreign aid program had grown in the past decade, it was still dwarfed by Australia in dollar terms.

Peter Layton weighed in on calculations about the success (or not) of the Pacific Step-up in April, arguing that focused spending was imperative for foreign aid bang-for-buck, and that “in crude terms, this approach stresses giving Pacific Islanders what they want, not what Australians might consider they need”. Rather than “short-term band aids”, Solomon Islands provinces need more power under a decentralised system of governance, according to Transform Aqorau and Anouk Ride. Meanwhile, Tarcisius Kabutaulaka speculated on how all this geopolitical wrangling might eventually spill over into accusations that the competition itself was undermining the sovereignty of Pacific Island nations.

Solomon Islands’ Prime Minister Manasseh Sogavare remarked that he would not do anything to undermine security in either the region or his country.

Joanna Pradela proposed a feminist foreign policy answer, in which Australia needed to grapple with new rules about systems of power and approaches to regional issues. Patrick Kaiku examined the role of regional states in the tug-of-war over alliances and sovereignty, noting that Papua New Guinea also had ties with China and that working together with Solomon Islands would be key to “common ground solutions”. Aristyo Rizka Darmawan argued that sovereignty, trust and mutual benefit were all at stake if the countries under the Indo-Pacific banner didn’t work together, with Indonesia historically overlooking the Pacific Islands in its foreign policy agendas.

China’s quest for natural resources in the face of its own economic slowdown, rising unemployment and demographic decline was the focus of an article by Catherine Wilson, which highlighted Beijing’s growing interest in the Pacific region since the 1980s. Logging, in particular, has been at the core of Honiara’s economic and trade relationship with Beijing.

The security challenges presented by China settling into a relationship with Solomon Islands induced what Sam Roggeveen described as “barely concealed panic” in Canberra. Roggeveen argued Australia should instead look to the lessons from Japan, South Korea and Taiwan, who have each found ways to cope with heightened Chinese military activity on their borders.

During the year, Solomon Islands Prime Minister Manasseh Sogavare remarked that he would not do anything to undermine security in either the region or his country – no doubt prompted by the flurry of diplomatic visits from PMs and foreign ministers in recent months that will keep Solomon Islands on the front pages well past 2022.

An Australia-India trade deal has gone from being almost a done deal to just one of many options.
Gordon Peake, Graeme Smith 25 Jan 2022 10:00

Australia and China offer the archipelago nation a grab bag of policing options that often miss the mark.