A testy interview puts the spotlight on the President – but do the facts matter? 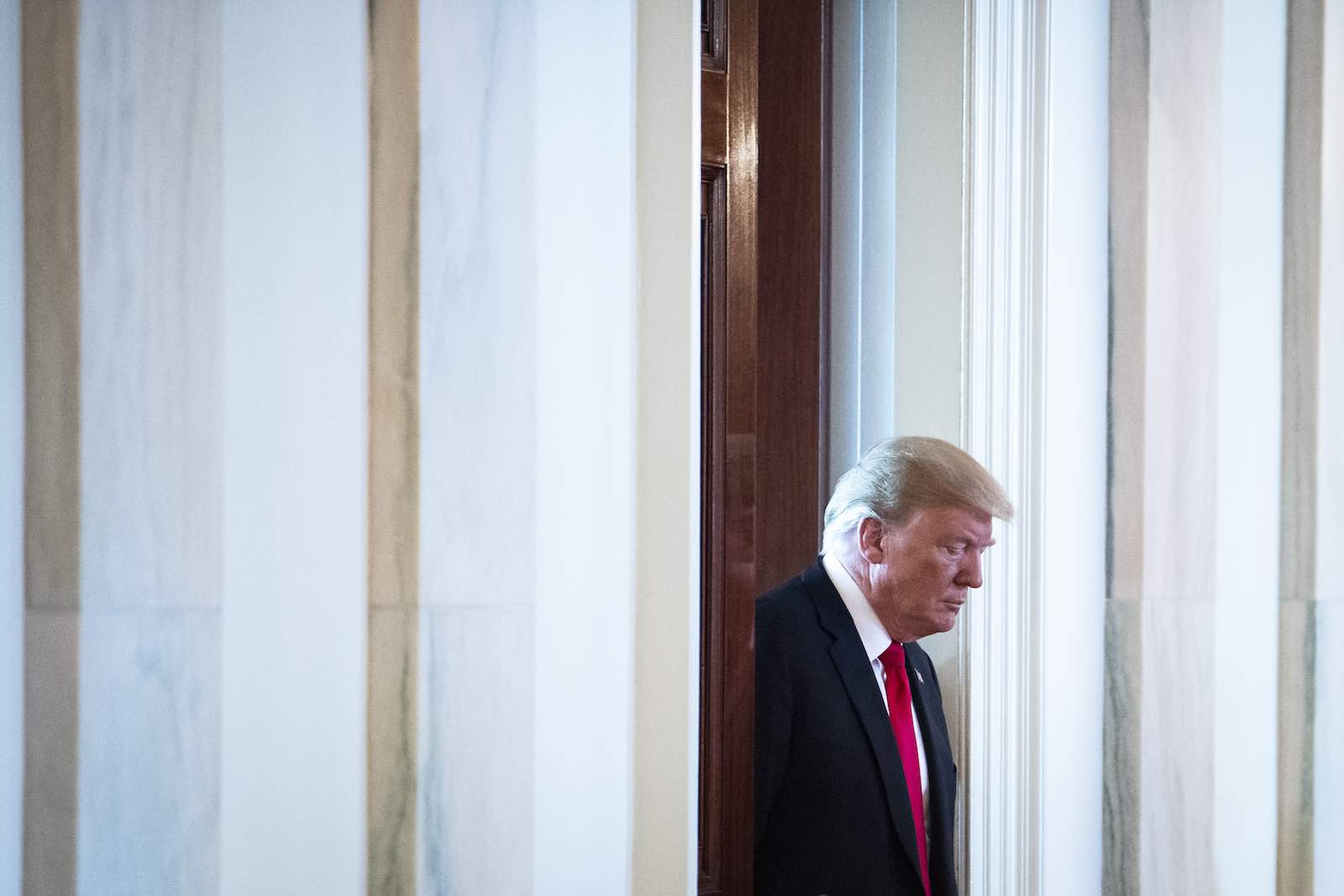 A 2016 redux, lagging in the polls only to win? Or is the Trump campaign in serious trouble? (Jabin Botsford/The Washington Post via Getty Images)
Published 21 Jul 2020 15:00   0 Comments       Follow @danielflitton

A weekend Fox News interview with US President Donald Trump has won plenty of attention – mostly, it seems fair to assume, from people who don’t spend a lot of time watching Fox News.

Which apparently now includes Trump himself.

“I’m not a big fan of Fox, I’ll be honest with you. They’ve changed a lot since Roger Ailes.” (Ailes being the former executive who resigned in disgrace over sexual harassment allegations in 2016 and died the subsequent year.)

Host Chris Wallace certainly didn’t allow Trump an open mic, which seems to be the expectation of Fox as a vehicle for a Trumpian worldview. In what the New York Times described as a “combative” interview broadcast on Sunday, Wallace instead challenged some of the President’s ropey claims, particularly about the consequences of coronavirus and the policies of rival Joe Biden. The interview was quickly incorporated into a view that Trump’s re-election chances are “melting away”.

Most of the answers were pretty well rehearsed, so only revealing in the sense of giving another insight into the kind of pick-and-choose facts universe that Trump inhabits, particularly about Covid-19, which he infamously declared would be gone by April.

But it was on the state of the presidential race, with Trump lagging badly in the national opinion polls, where Trump’s comments were most intriguing.

“I understand you still have more than a hundred days to this election, but at this point you’re losing,” Wallace said.

Is the lesson not to trust the polls, because the polls didn’t capture the American mood four years ago? Or is the risk to discount the polls, only to mistakenly ignore the obvious evidence that Trump’s campaign is foundering?

“I’m not losing, because those are fake polls,” Trump insisted with his usual braggadocio. “They were fake in 2016, and now they’re even more fake. The polls were much worse in 2016.”

This points to the challenge for those of us watching from afar and wondering who will prevail in November. Is the lesson not to trust the polls, because the polls didn’t capture the American mood four years ago? Or is the risk to discount the polls, only to mistakenly ignore the obvious evidence that Trump’s campaign is foundering?

TRUMP: There’s a number you don’t mention. It’s called the enthusiasm number. The enthusiasm for Trump is through the roof, even higher –
WALLACE: I have mentioned it.
TRUMP: – even higher than last time. The enthusiasm for Biden is non-existent. Everyone knows he’s shot.
WALLACE: But the enthusiasm against you is high.
TRUMP: Well that’s OK. That’s his only shot.
WALLACE: Right.
TRUMP: And that’s his only shot. I agree. And those people know I’m doing a good job, but there’s something in my personality that they don’t like because look, nobody’s done what I’ve done.

So in other words, as Trump’s logic would have it, I’m great, some people don’t like me, that’s their problem, but I’m great, and Joe Biden is a loser – nobody wants to vote for him, and he’ll only win if enough other losers vote for him because they don’t like me.

Perhaps this analysis is right. Enough of Trump’s base seems likely to turn out for him regardless of his mistakes (even if they haven’t yet turned out for his rallies). Uncomfortable truths are batted away with blandishments about “fake news” or “witch hunts” or more recently, “China”. Ever the salesman, Trump is running on a campaign of American exceptionalism (“We have the best testing in the world”), the past is blamed on others (“I’ve been very unfairly treated, and I don’t say that as paranoid”) and the future is always brighter (“The economy is doing very well. Now we’re coming back, and we’re coming back at a level that nobody would have thought possible”).

Biden, meanwhile, hopes to benefit from the anti-Trump vote, supporters such as the Lincoln Project, made of disaffected Republicans who split with Trump long before. Just as in 2016, Trump is the more captivating figure, at least as far as media attention goes, but Biden’s campaign appears willing to surrender the spotlight, at least for now, hoping the focus will cost Trump this time around. (To which Trump has employed a counter, that “Let Biden sit through an interview like this, he’ll be on the ground crying for mummy”.)

What will matter is whether Trump can grow his vote beyond what he achieved in 2016, where he lost the overall count but won in the electoral college. That’s his challenge. That’s before getting to the issues of potential ballot obstruction or whether coronavirus fears might depress the turnout – or if Trump will accept the outcome.

Which is smart, if the perils of punditry over recent years hold any lessons. Still, if you make enough predictions, “I’ll be right eventually”.

Show Comments
Previous Article
Singapore’s election: Why aren’t the winners smiling?
Next Article
Is Huawei in the UK a canary in the coalmine?